Subscribe
Back to Features
feature
Sponsored
Sponsored
Can an ebike make you a national hill climb champion?

Video: Can an e-bike make you a hill climb champion?

With the help of the Scott Addict eRIDE can Liam beat Andrew on one of the steepest climbs around? The pair of them duke it out on the 30% slopes of Prospect Place for glory.
by roadcc staff

This article includes paid promotion on behalf of Scott

You might be thinking, what could an e-road bike do for me? Can it transform me into a hill climb master? Well, we’re going to put that to the test today. Liam’s our guinea pig, and climbing hills is our chosen discipline because that’s where a motor is going to be helping most. Now, Liam is not a stranger to hillclimbing, but he is a bit of a stranger to the podium. He's hoping that the Scott is going to give him the boost he needs to beat the best. For nine grand, you’d hope it would.

Representing ‘the best’ in our contest is none other than current UK Hillclimb National Champion, Andrew Feather, and his tricked out Cannondale Supersix Evo bike. 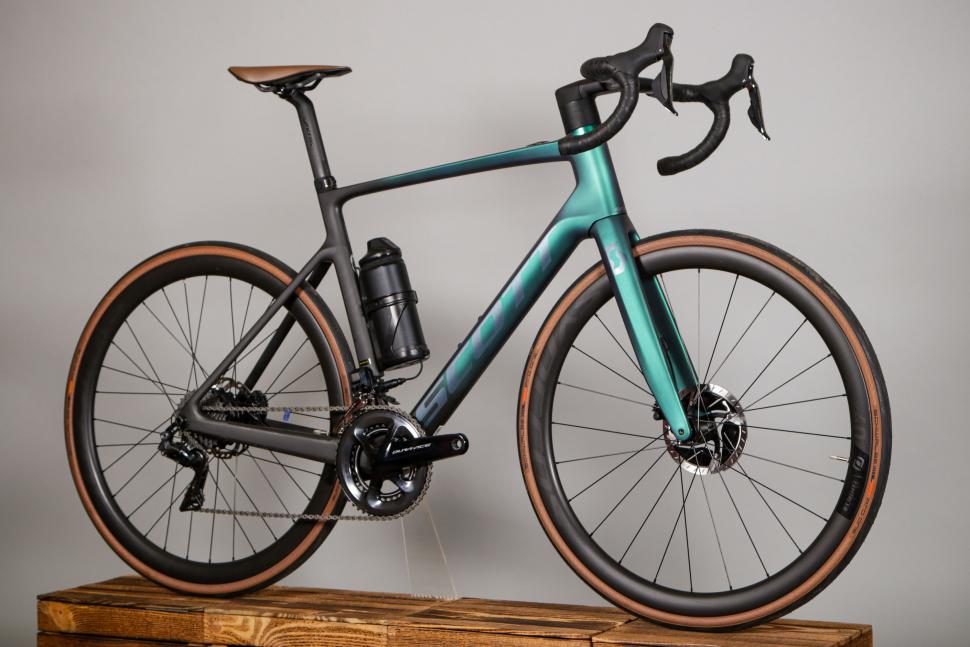 Weighing in at under 6kg to the Scott's 11kg sounds like a significant advantage, but let’s not forget Liam has 250W of extra power on tap from the Scott's ebikemotion motor system which, when combined with his little legs, gives him an effective FTP of 550W. That’s going to need to overcome the weight difference. And, if he's going to win this, the fitness difference.

E-bikes in the UK are limited to 25 kilometres an hour, or about fifteen and a half miles an hour. And even if he’s not a hillclimb champion our Liam is no slouch, so anything that’s not steep enough might mean he’s not getting the full benefit from the motor.

Obviously, Liam wants to press home his advantage so, what we really want for this is something steep. Something really steep.

Prospect Place should do the trick. It’s just east of Bath and it’s only 700m long, but boasts an average gradient of over 13%. That sounds bad enough, but even that doesn’t tell the whole story, because it flattens out at the top. The gradient is above 20% most of the way, and it’s approaching 30% on the corner halfway up. It should be the perfect terrain for an e-bike to shine.

Unsurprisingly, Andrew holds the KOM for this hill, as he does for pretty much every meaningful hill within about a 30-mile radius. But today’s about whether electric Liam can beat acoustic Andrew, so it’s a straight fight: best time on the day wins.

So, who will win? And how fast does Andrew become when we put him on the Scott? You'll just have to find out by watching the video.