Tweaking where you ride can deliver performance gains
by Dave Smith

I bet you only have around six training routes that you use regularly.

Most of us do, and the other likelihood is that you always ride them in the same direction.

If you think I may not have got that right here’s a useful exercise. Go to the website Statshunters, allow it to link to your Strava profile and look at the heatmap it produces. You’ll almost certainly see the thickest lines along a limited number of roads showing that you're largely doing the same rides over and over. (Strava provides a 'personal heatmap' function for paid users; this one is free.) 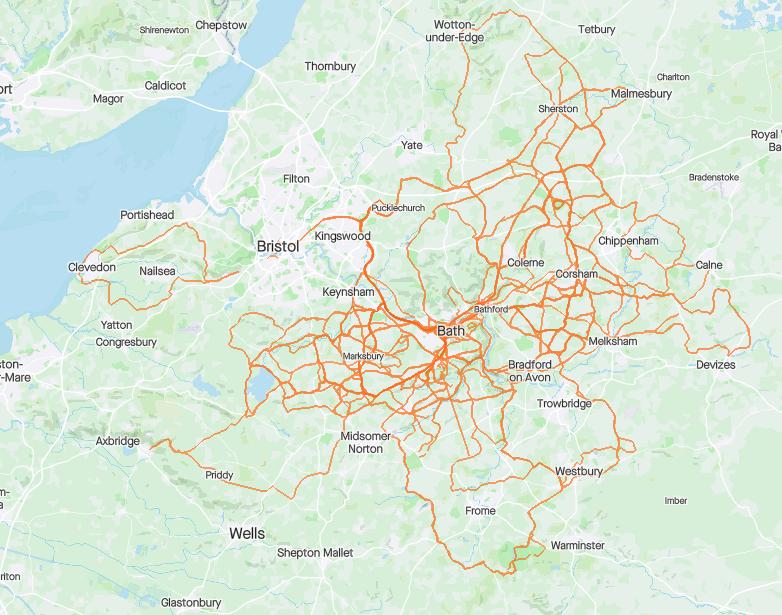 Does your heatmap suggest you need to get out on new routes more?

One of the important principles of training is progression – if you do the same thing you are not going to provide adequate increase in the training stress and you’ll become quite good at riding the routes you ride. This is fine if that’s all you do, but if you want to race or ride sportives on unfamiliar roads it’s an advantage to become adept at dealing with a multitude of gradients and surfaces.

To really grow as a rider you should aim to provide regular fresh stimulus for improvement, give your legs something new to chew on and dare I say try some headwind love after you turn for home. One day in July I was knackered but had 70 miles to do, so I chose a flat out and back route and was amazed at the number of cyclists I saw whereas normally on the back roads and lanes I prefer, I can do 3 hours and see less than half a dozen riders.

So what happens if you ride the same roads, same hill in the same direction? Essentially you become good at riding certain gradients for certain lengths of time, used to getting a tail wind home, and may lack the ability to deal with the unexpected.

To improve your riding try introducing fresh stimulus on a regular basis - new roads, new directions and different terrains. A clue to the type of routes you should seek out is to think about what aspect of riding you dislike and are less than competent at and then target those. Struggle on steep hills? Chances are that you tend to avoid them.

One of the quick fixes is to start riding your usual routes in reverse. Not only will you get a fresh perspective - I once saw a lake I didn’t know existed despite riding past it for 10 years – but you’ll discover why you ride a certain direction. That lovely long chilled descent is a nasty flubber of a climb. The sheltered section, tucked into the hedge, is more open to the wind. The tailwind is done and dusted before halfway. The gains will not only be in fitness, but bike handling as you’re presented with different corners, camber and combinations of the two. 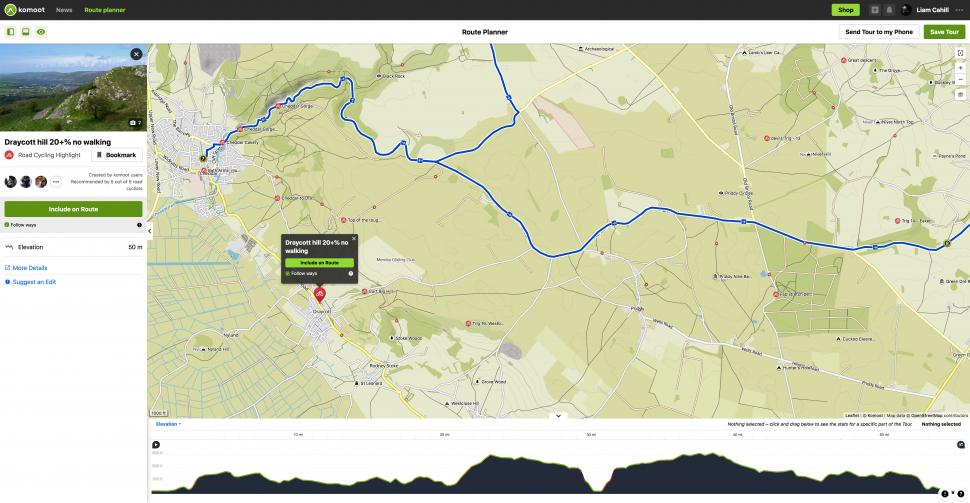 Another little trick is to add what I call ‘boost loops’, which are nasty little sections that loop off the main route and usually involve a TT effort or a nasty climb. Then tuck yourself back into the normal route, or repeat the boost loop.

Faced with an unknown climb common sense suggests that you don’t know where the top is or what the gradient is like further up, so you should pace it nicely? But common sense can be a limiter, so occasionally ride out of your comfort zone, above your threshold, and into the unknown – if you grind to a halt, so what?

I’m a big fan of getting lost, taking roads and lanes that you really don’t know, to new places and if you get lost enough you’ll find some fantastic new roads. This year I’ve ridden roads near my home, that are beautiful to ride on and I’d bypassed them for 25 years. I’ve also ventured off-road on the road bike, long climbs on fire roads through Cannock Chase, canal towpaths, farm tracks etc. If you ride smoothly you should have few traction or puncture issues and might even nick a KOM from a mountain biker.

As far as winter rides go, it’s wise to change your normal pattern of riding by allowing for the possible need to get home quickly if the weather changes for the worse. Figure-eights or three- and four-leaf clover shapes, with home at the centre, offer you an escape route. Perhaps more importantly it will develop some grit and character as you ride close to home but forgo the early shower to head out onto another long loop. 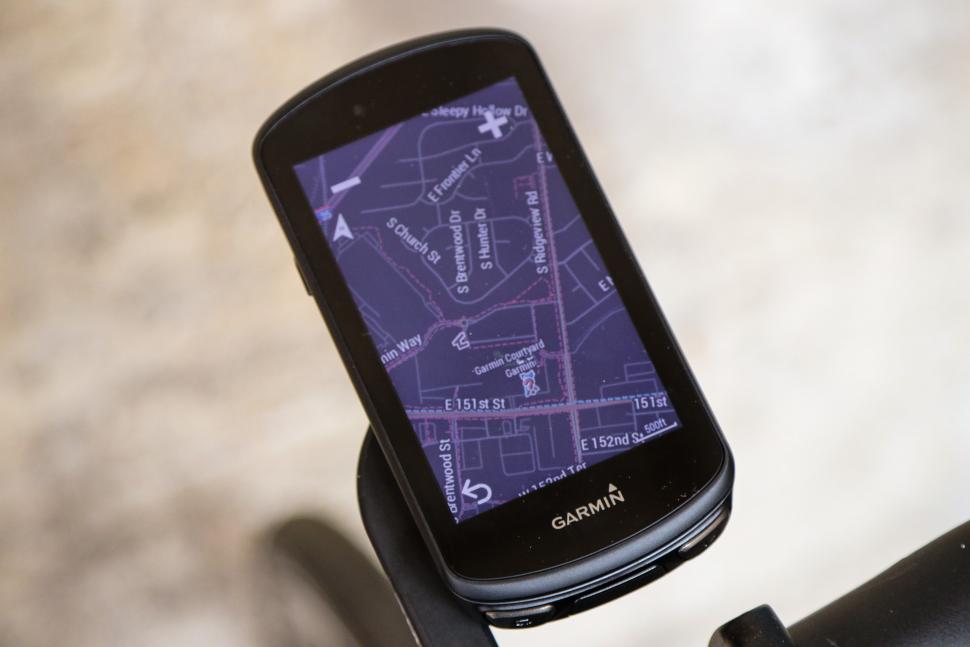 GPS-enabled bike computers make it much easier to vary your routes because you can plan a new route from the comfort of your desk, load it into your computer and follow it on the road, which makes for a confidence boost if you're exploring. Take a look at our article on GPS route planning for more.

In a previous version of this article, reader kamoshika suggested tile-bagging on VeloViewer as a great way of challenging yourself to find new routes and ride new places. They said: "I've been using tiling on VeloViewer to encourage me to try new routes. Basically, at a certain zoom level, each square of the map is approx 1km square [actually about 1.5km in the UK - Ed]  on the ground. The challenge is to visit as many squares as possible, and build the biggest overall square or cluster of tiles. Loads more info including national and international records can be found on rideeverytile.com."

Reader Man of Lard had another angle: try and ride every road in your area. He wrote: "Entirely with Dave here - riding the same route(s) is both boring and can get you into a rut. Having the "courage" to deviate is a good thing - not always possible on every route, but "twiddly bits" can almost always be added and new cake stops (if that's your thing - it's not mine: I only stop for mechanicals) can be found (again not always possible on everyone's routes).

"In the past year, I've been places I didn't even know there were places and along roads that I've not been along in 20 years - that all started as a mini-goal of riding along every road within my ride out area at least once - which has lead to some unanticipated lung-busting ascents and some hair-raising descents - and a lot of raised eyebrows amongst my local peers because I've dared to deviate from the training routes they've been doing since 19-oatcake."

Jetmans Dad suggested another excuse to try new routes: "My wife keeps challenging me to draw something recognisable with my Strava trace. Maybe I should take her up on that."