Subscribe
Back to Features
feature
Culture
How to
Riding 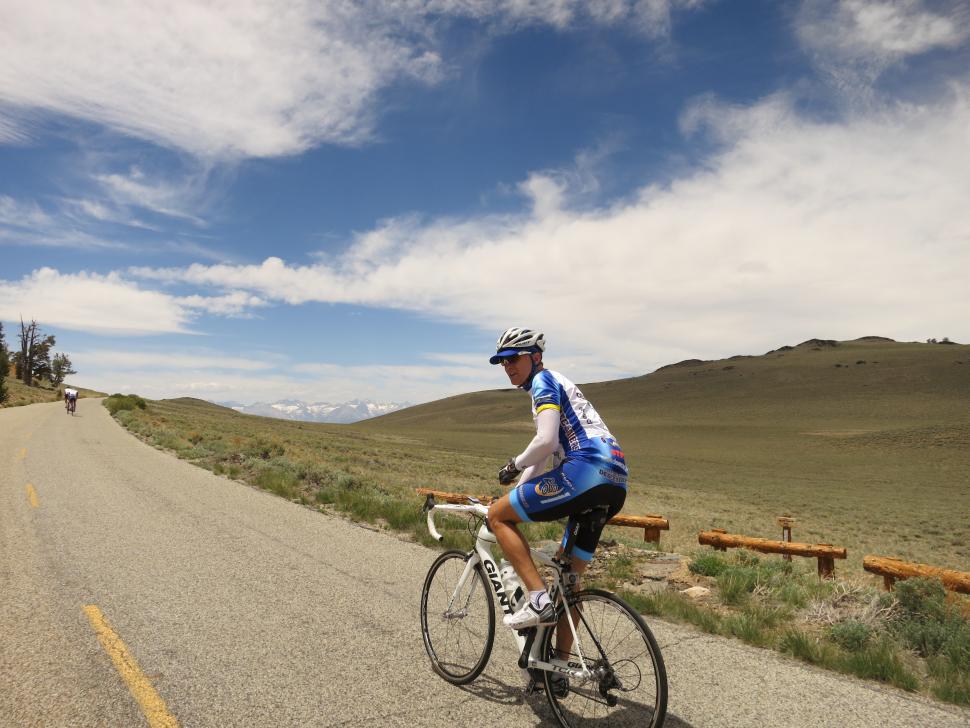 Cycling survival: What to do when you get dropped — and how to avoid it

Ride vanishing up the road? Don't panic
by John Stevenson

It’s an awful moment: that sinking feeling when you realise that today your legs just won’t cooperate and you’re watching your riding companions heading off down the road, unable to summon the speed to hang on. What should you do?

The answer, as is so often the case is: it depends. Let’s look at a few scenarios, including a race, a chaingang, a club ride and a ride with friends. 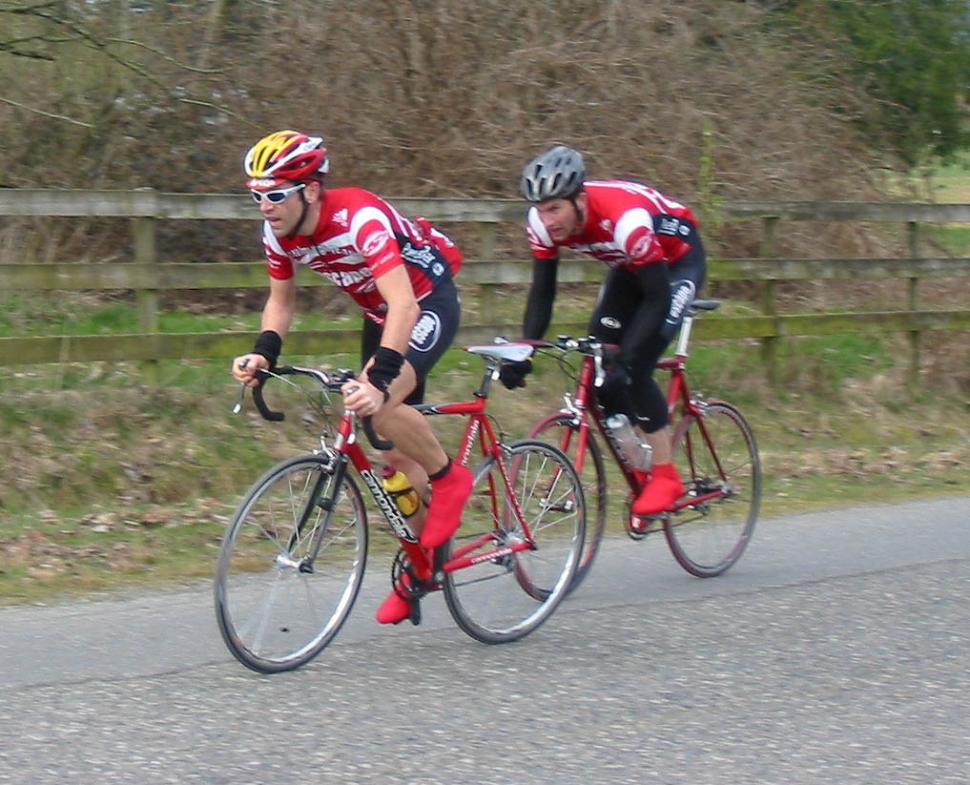 If you’re in a race and dropped on your own, it’s probably game over. Getting spat out the back of your first few Cat 4 go-arounds is a rite of passage for almost everyone who races. Depending on the course your options are to treat the rest of the race as a hard training ride that will help build the fitness to stay with the bunch in future; or to simply try not to get lapped for as long as possible.

If you’re not alone, then there’s a glimmer of hope. If the bunch eases off from its current friskiness you may be able to work with other dropped riders to rejoin the race. Even if you don’t manage to get back on, it’s a great opportunity to work on your paceline skills. Riding through-and-off, a small group can travel very quickly, but you’ll have to be disciplined both to keep the pace high and to not lose anyone. 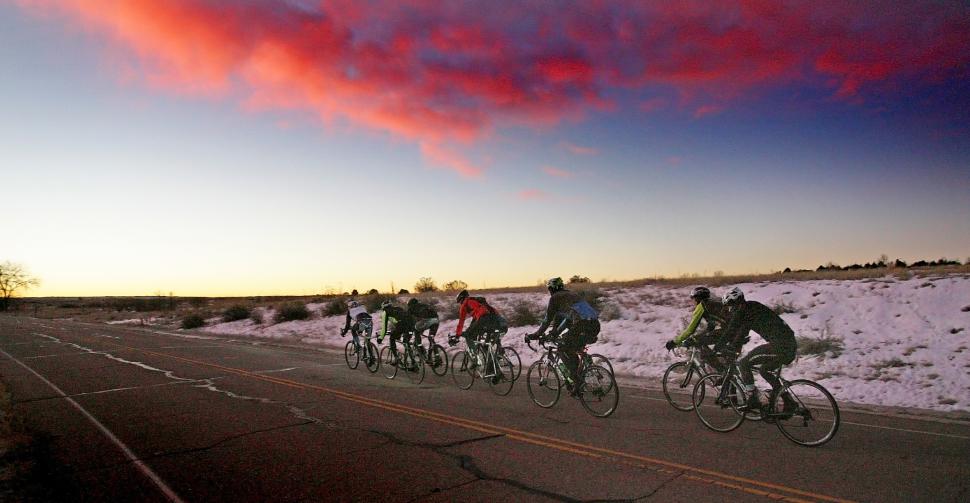 On a group ride, things may be different, depending on the format of the ride.

On a high-intensity chaingang training ride, the usual rule is that if you get dropped you’re on your own; the ride won’t wait. As in a race you may be able to work with other riders to get back on, but you’re more likely to be putting together your own mini-chaingang.

On a more sociable ride, like a club run, you should be able to get back on. The most common place to get dropped is on a climb, where it’s generally considered acceptable for fitter riders to stretch their legs as long as they wait for the group to reassemble at the top.

TIP! Don’t bury yourself trying to get back on, then; ride at a comfortable pace, conserving your energy for the rest of the ride, and rejoin the group when you get to them.

If the pace was already a bit hectic before the climb, have a word with the ride leader. He or she almost certainly doesn’t want you to have a miserable time hanging on for grim death at the back of the group.

If you get dropped on a flatter section, the same applies. The ride leader should have been keeping count of the group size, and should either slow or stop the group so you can catch up. Again, pace yourself and team up with anyone else who’s been dropped.

When you do rejoin the group, even if you’ve regained some energy, resist the temptation to blast past. You want to be riding with the group, not getting everyone revved up to get giddy again.

Sometimes though, it all goes wrong and the ride just gets away from you. If that’s because you’ve run out of energy or are getting cold, then it’s time to take action. Get to shelter, preferably somewhere warm like a cafe, warm up and refuel.

Hopefully you’re not alone and there are a couple of others to ride with you. The one time I’ve been in the situation of having simply lost the front half of a ride, it was because an inexperienced but very fit ride leader blasted off with the group’s other fast riders, and gapped us. At the next junction we had no way of knowing where they’d gone so we did our own ride from there on.

TIP! This is one reason I’m a big fan of mapping GPS units. If you get dropped in unfamiliar country, they’ll get you home.

The situation's similar if you're simply riding with a group of friends. You've probably got a ride leader, even that's just the person who knows the route. Someone should be in charge of keeping the ride together; that can be the ride leader, the strongest rider in the group or someone who just likes looking after his or her friends.

On a ride like this your absence is more likely to be noticed straight away, so once again, don't panic, and ride steadily until you rejoin the group.

TIP! Riding with friends, you're also more likely to have the phone numbers of other people on the ride so you can call someone if they've vanished or you've had a mechanical.

One of the most common mistakes less fit riders make is to ride near the back of the group. If you get into trouble back there it’s easy to be missed and for there to be nobody around to help.

Plus, you’re more likely to get dropped in the first place. Changes of pace at the front have a ‘concertina effect’, stretching the group out. If you’re near the front you have a chance to stay on as the front riders accelerate. By the time the wave of acceleration gets to the back, the front riders can be travelling fast enough to split the group and leave you behind.

TIP! Ride near the front instead where you can see and respond to what’s going on. If you’re starting to struggle you have more chance of being noticed by the rider leader; you can even ask for the pace to drop a bit.

Keeping a ride together A social ride should begin and end with the same number of riders. The ride leader’s role is to know the route and make sure the pace is such that everyone can keep together.

That means being constantly aware of where the back of the group is, especially on hills where weaker riders are more likely to get dropped.

If, as ride leader, you’re not the strongest member of the group, then don’t let them just sit at the front towing the ride along. Instead, lead from near the front of the group and have Captain Fit ride near the back to keep an eye on slower riders.

Acting as a ‘ride lieutenant’, your fittest rider can patrol up and down the group, coming up to let the front riders know if the pace needs to drop, and dropping back to help slower riders.

TIP! An incredibly useful skill for fitter riders is the ability to physically push another rider. To do this, drop down a couple of gears, and come alongside the rider who needs help, on their right. Reach out with your left hand to their lower back and gradually pick the pace up to a level you’re comfortable with. Being on the right side of the rider means you’ll still be able to use your rear gears if you need to shift.

A rider being helped like this will often perk up so you won’t even have to push very hard to get them back to the group.

If a rider’s not flagging that badly, but still needs a bit of help, then assign a really steady, and preferably tall, rider to provide them with a wheel to follow.

I was lucky enough to ride with former England rugby union captain Lawrence Dallaglio a few years ago. Also on the ride were Sam “Richard’s son” Branson and his then-girlfriend Isabella Calthorpe, to whom he’s now married.

A relatively inexperienced rider, Isabella was struggling to keep pace even on the flat. I chatted to her a bit about following a wheel, then called to Lawrence: “Can I borrow you a second?” The big man looked a bit puzzled at being told what to do — he’s kinda used to being in charge — but waited while I escorted Isabella up to him. I showed her where to sit behind him so she could take advantage of his slipstream and she followed him for the next 30 miles until the route hit the mountains.

Your ride is unlikely to have a 6ft 4in, 17st, former England number eight as a windbreak, but you probably have someone who can fit the bill and ride steadily by keeping a very close eye on their speed and effort level (a heart rate monitor is handy for this).