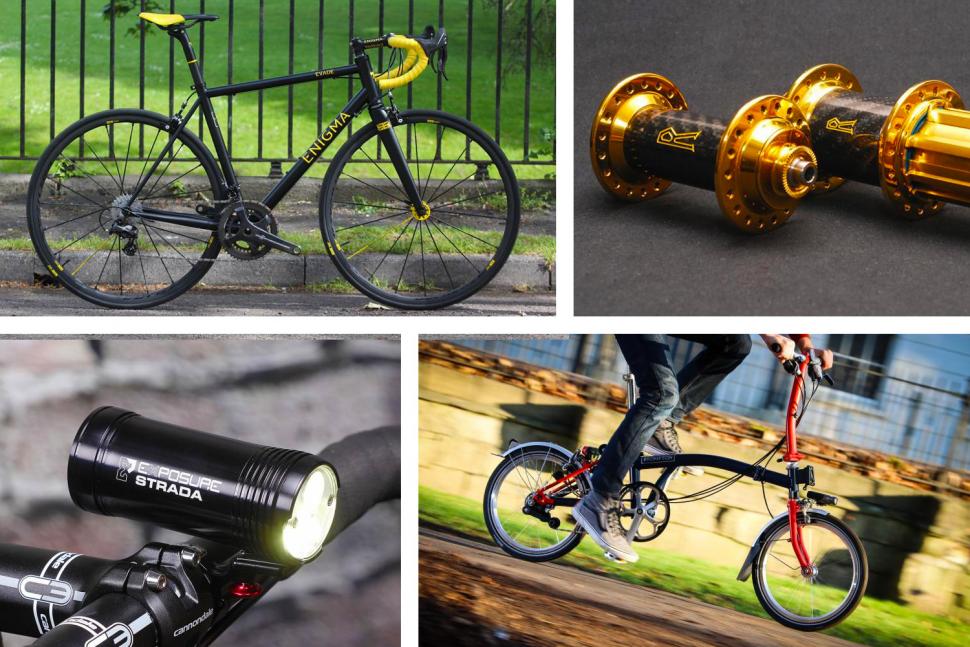 It might seem that all bike products are made in the Far East these days, but the British cycling industry is thriving and there's a growing choice if you want a frame or component that has been manufactured in the UK.

Though choices for British-made bicycles and components are limited, we’ve highlighted 11 brands that are bucking the trend to outsource all manufacturing and building bikes and components right here in the UK. 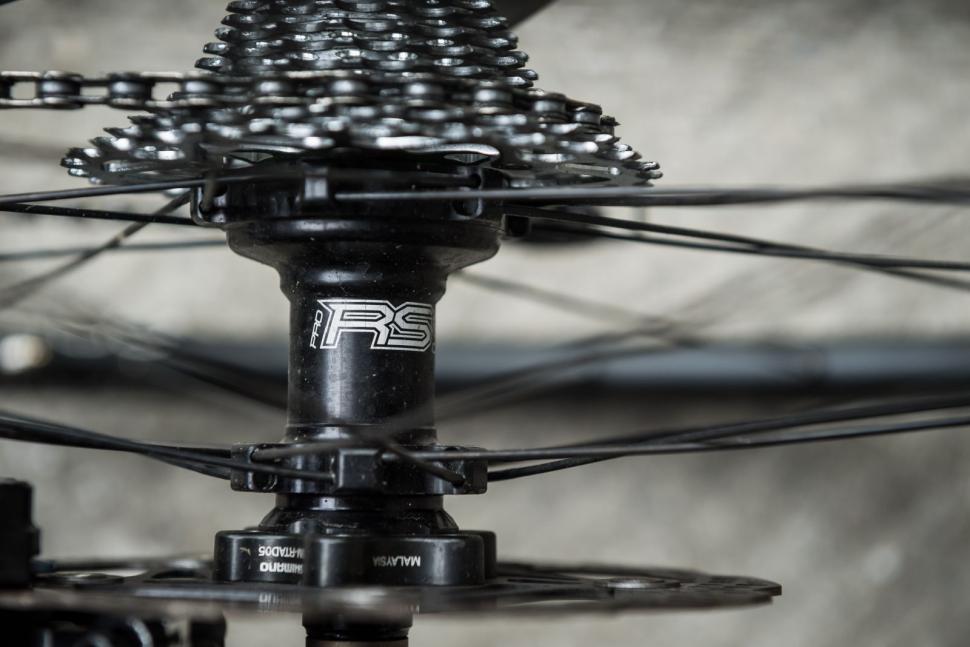 Based in Barnoldswick and with a fine reputation for CNC-machined parts, Hope made its mark on a young mountain bike industry with beautifully made aluminium hubs and as an early adopter of hydraulic disc brakes. It still machines most of its extensive range of components at its slick facility and has even stepped more recently into carbon fibre production, with a seatpost and a mountain bike frame, and likely more products on the way soon.

While it has a clear focus on the mountain bike market, its range of hubs (and more recently wheelsets), headsets, bottom brackets, headset spacers and quick release skewers have been a hit with road cyclists over the years. More recently it has launched a dedicated road bike hydraulic disc brake caliper that is compatible with SRAM and Shimano levers, and there are disc rotors and new hubs as well. 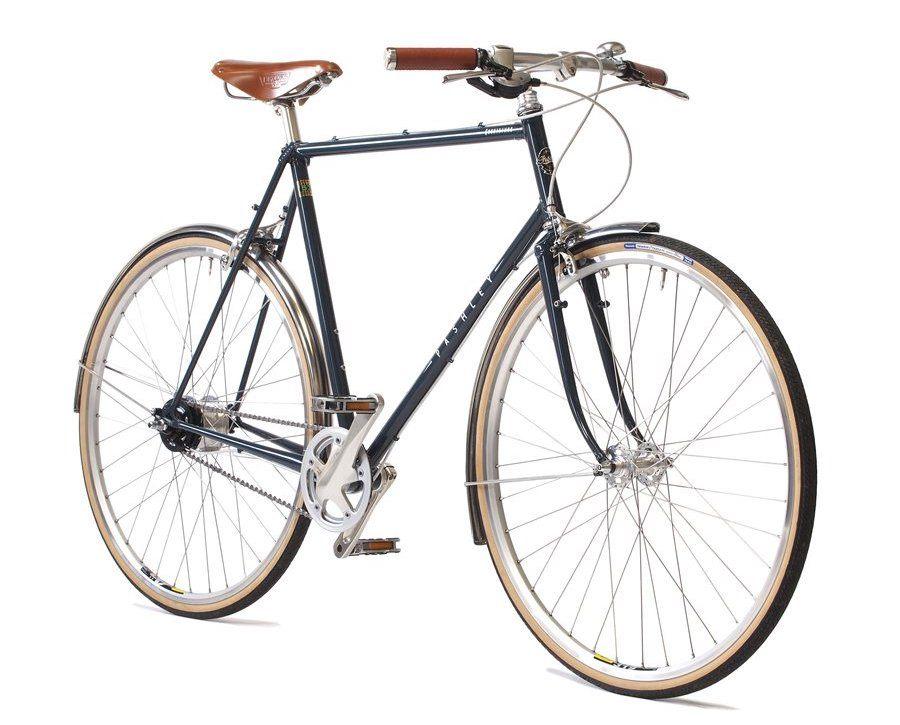 Founded in 1926, Pashley prides itself as England’s longest established manufacturer of hand-built bicycles and it’s still based in Shakespeare country, Stratford-upon-Avon. It defiantly clings to history with the classic styling of its bicycles, defined by the likes of the Guv’nor, Poppy and Princess are the epitome of style and elegance. And it used to produce the now iconic Royal Mail delivery bicycle. 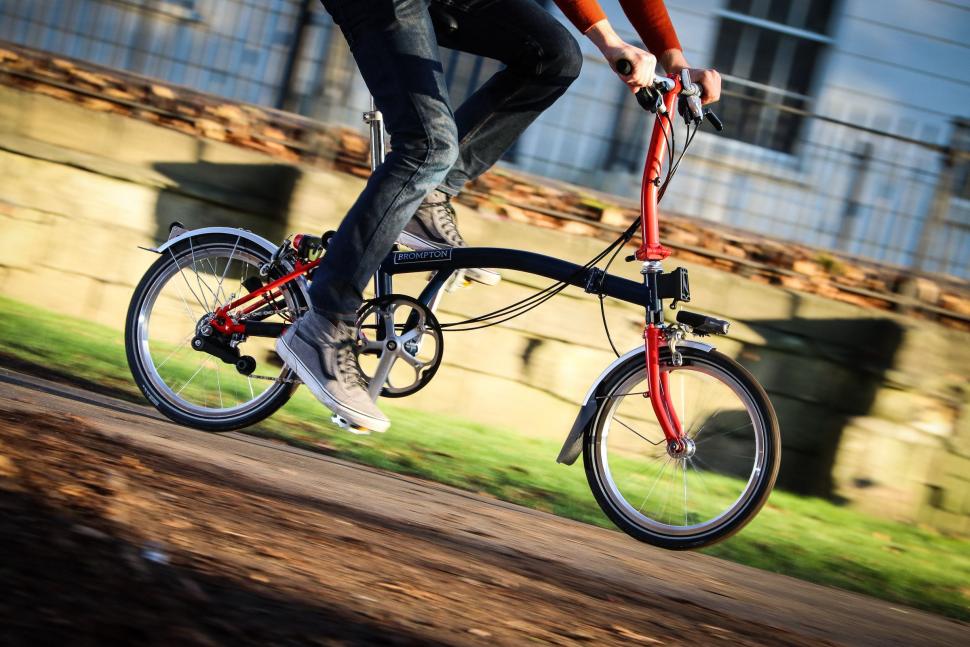 The folding bicycle that is recognisable around the world, Brompton is a real success story. The company builds all its bikes in west London with a staff of 190 people ensuring bike manufacturing skills are alive and well in the UK, but it’s had to invest in training staff in the art of frame building to ensure production can remain on UK soil. Few small-wheel folding bikes have bettered the simple design of the Brompton, which has now achieved a sort of cult status and is the go-to choice for urban cyclists that are drawn to its smart design and easy portability when folded. There’s even now a Brompton World Championship event held every year. 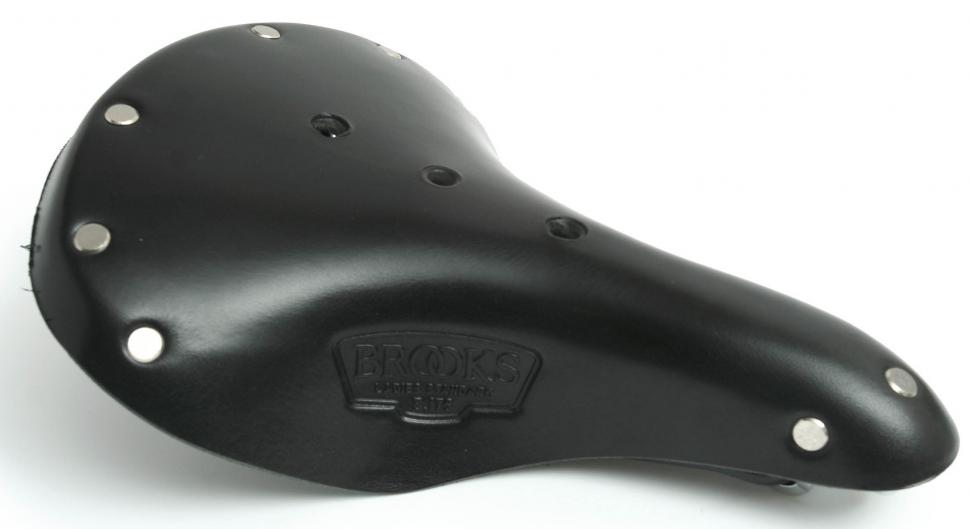 There is probably no brand more iconic than Brooks, the long-running British company founded in 1866, best known for leather saddles but more recently expanding its range to include bags, panniers, clothing and helmets. Despite modern advances in materials and saddle technology, a leather saddle is still highly regarded for its comfort and durability, and Brooks still makes each saddle by hand at its Birmingham factory.

USE and Exposure Lights 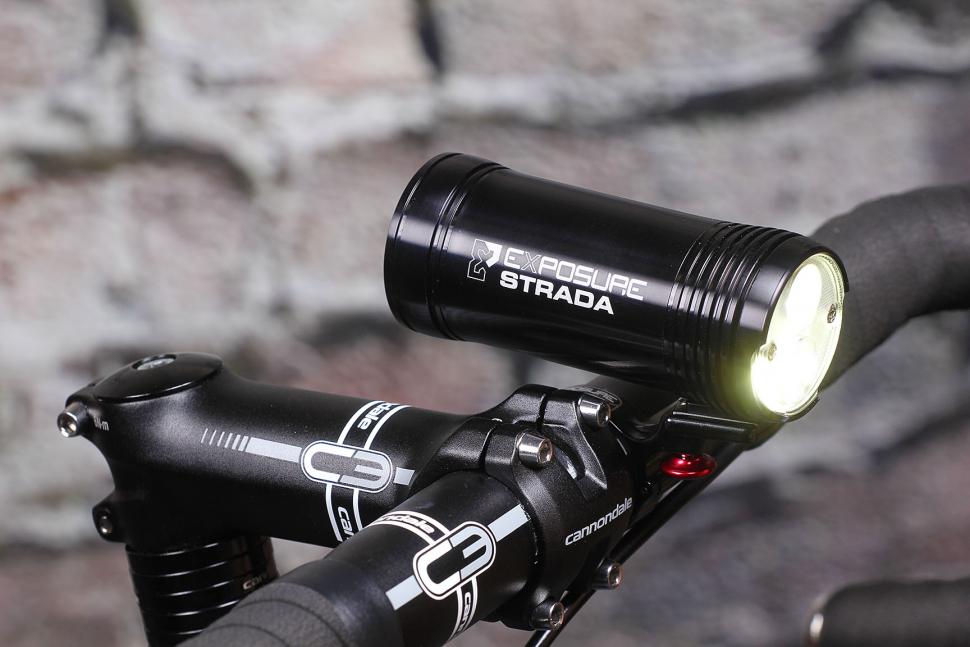 USE, full name Ultimate Sports Engineering, was founded by Roger Sparrow in 1990 and focuses primarily on aerodynamic products, it has carved a bit of a niche for itself with its aero handlebars and time trial extension bars. It also produces wheels, seatposts and handlebars.

But the company’s smart move was getting into LED lights in 2004 when this technology was in its infancy, and since then Exposure Lights has been a runaway success story. Designed and manufactured in the UK, its high-powered LED lights are highly praised with their smart design (no cables or external batteries) functionality and durability. 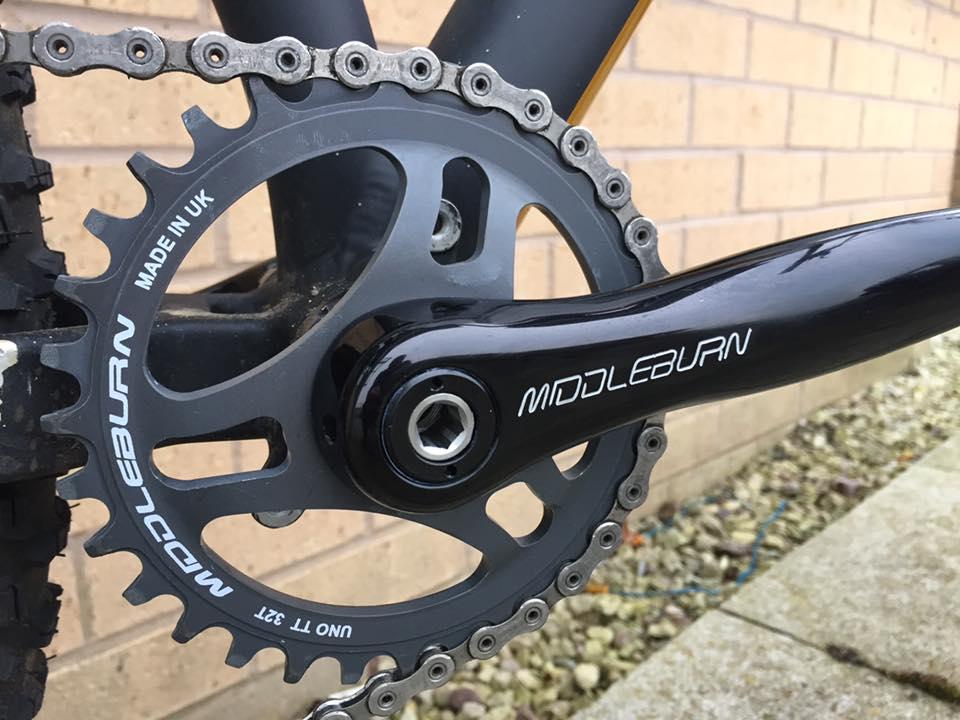 Middleburn is an iconic UK bicycle component manufacturer that produced highly desirable mountain bike products during the 1990s, predominantly cranks and chainrings. We thought the company had been lost to the history books when it went into voluntary liquidation but it was snapped up by BETD Cycle Components which has kept the range of components going. 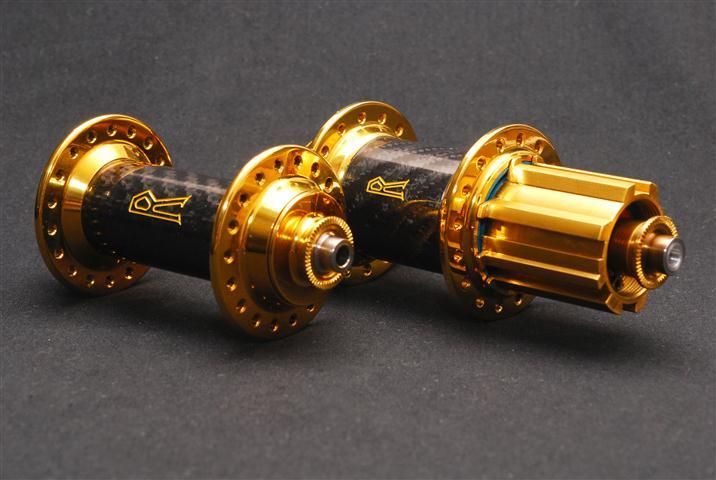 Cliff Polton founded Royce in 1980 to make beautifully-finished cranks, hubs, bottom brackets and chainrings, and the operation is still ticking away in Hampshire. Chris Boardman used a Royce titanium bottom bracket axle when he won on the track in Barcelona in 1992, and more recently the Royce has supplied parts to Liverpool University's Orion human-powered vehicle team, which holds the UK speed record of 75mph. 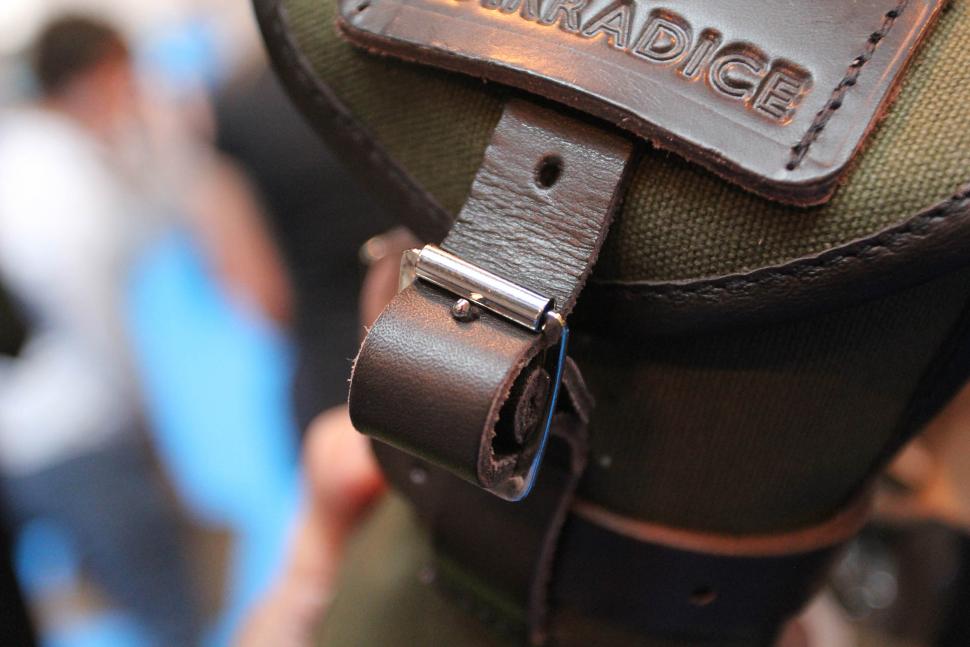 Bikepacking might be all the rage right now, but for years the go-to choice for the discerning cyclist wanting to carry luggage in a lightweight form was a Carradice saddlebag. The company has been making saddlebags by hand in Nelson, Lancashire since 1932. They’re made from 100% waterproof cotton duck fabric with leather straps and metal buckles and fastenings. They are beautifully made and last pretty much for ever. 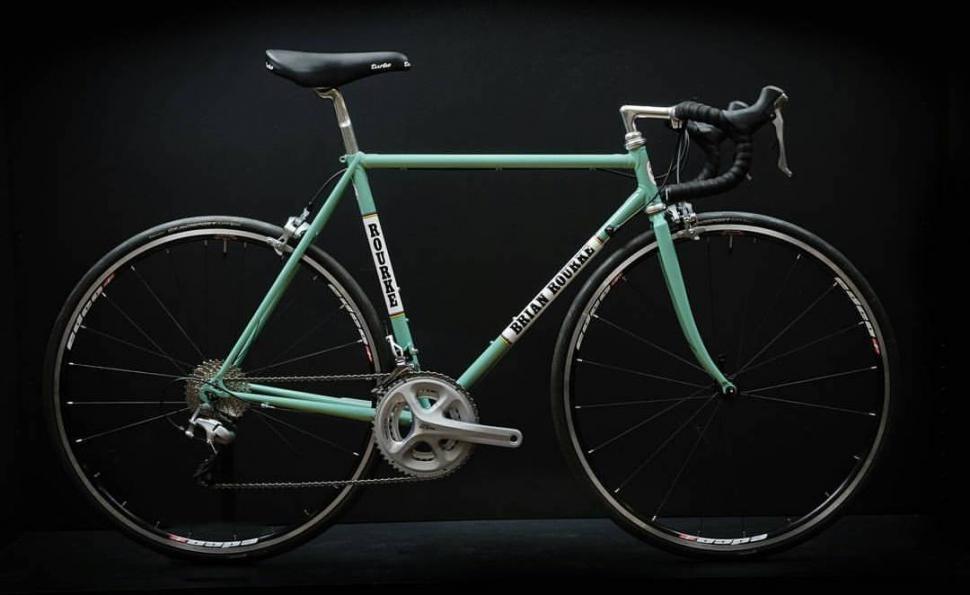 There’s a healthy UK framebuilding scene and it’s blossomed in recent years, but Rourke has been offering handbuilt steel frames longer than most. Brian Rourke started building frames in 1972 and they continue to be a popular choice among touring, leisure and racing cyclists.

One of the slightly newer frame builders is Shand Cycles, based in Livingston, Scotland and turning out some lovely frames since 2003. They’ve got a nice range of bikes that stand out and some that tap into the growing market for adventure, bikepacking and disc brakes.

Enigma is based in Hailsham, east Sussex and has been specialising in titanium and steel frames for the best past of the last decade. During that time it has been driven to bring more of the manufacturing in-house. Recognising the lack of frame building talent in the UK, in 2014 the company introduced its Frame Building Academy where people can learn all the skills required to design and build a bicycle frame. While it does sell a range of frames produced in the Far East, its Signature collection is hand-built in the UK, with both titanium and steel frames available. 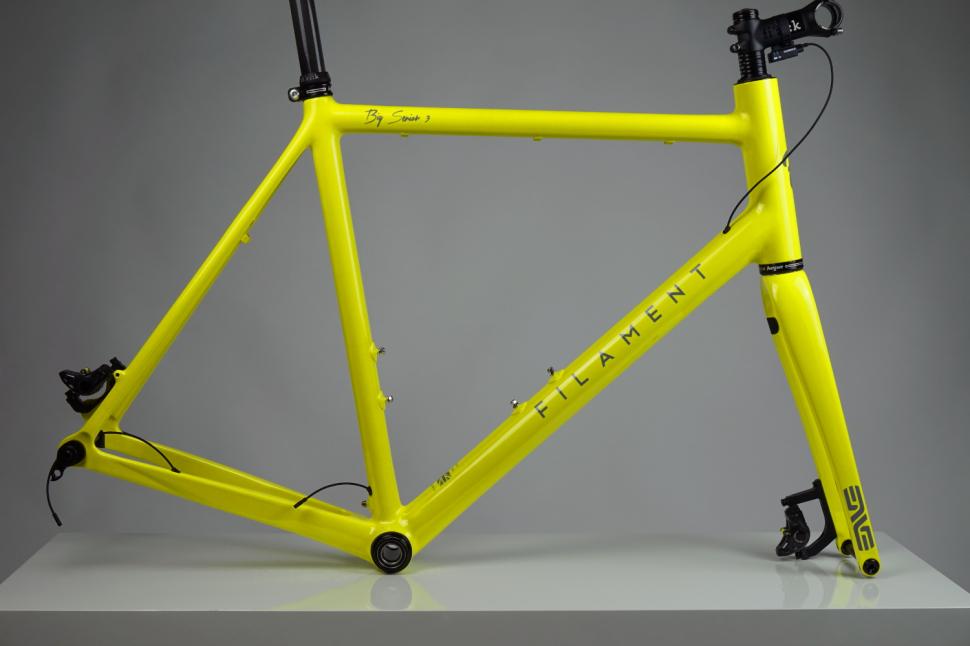 We've picked just three standout British framebuilding companies above because really there are too many to name since the explosion of the bespoke framebuilding scene. There's so much choice now but what they all have in common is steel. It's a material that is easy to work and therefore allows easy customisation, a big draw for cyclists wanting a bespoke one-off bike.

Check out the article below to get a taste of some of the UK brands building frames in this country, and without wanting to give them a plug, the upcoming Bespoked UK Handbuilt Bicycle Show is a ruddy good place to see some of the finest British framebuilders.