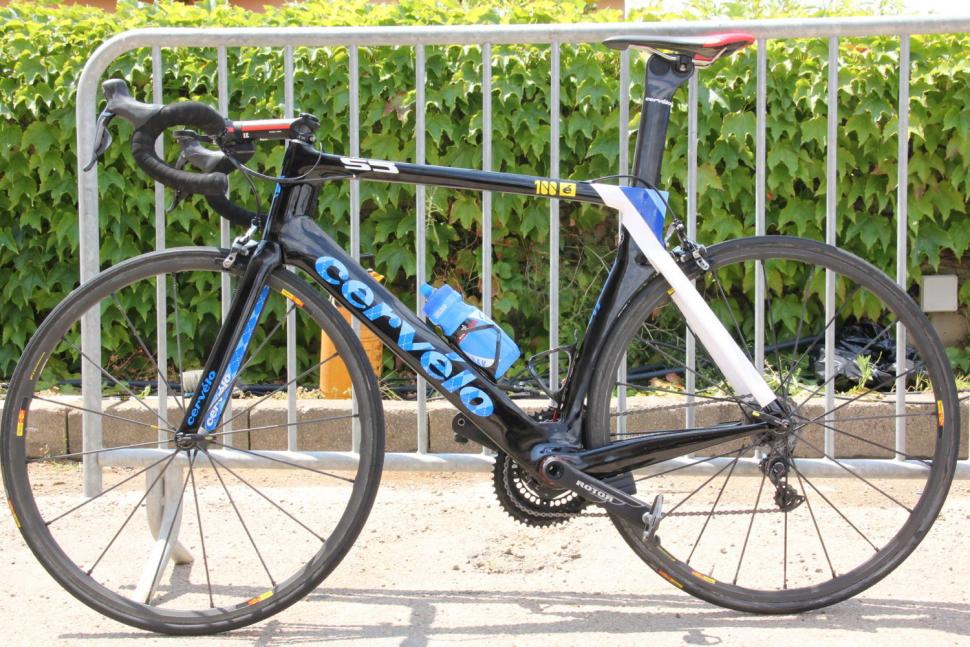 Back when aero race bikes had exposed cables and rim brakes...
by Liam Cahill

Cast your mind back to 2013 and our fellow lovers of argyle, Garmin Cervelo, had switched to a special white jersey for the Tour de France.

Their riders had a choice of several bikes for that year's race with the R5, S3 and this S5 all ready to be built up by the Garmin Cervelo mechanics. David Millar opted for the aero option, the S5 and his position is certainly not one that we'd recommend copying unless you have immediate access to a chiropractor. There was a time when the 3T ARX-Team stem, in some plumbing-pipe length and -17° angle was a common sight in the pro peloton. Everyone has an integrated or proprietary stem these days, which is a bit of a shame.

That said, we're glad to see the back of random electronic wire routing. Why that Di2 cable couldn't enter the frame beside the brake cable is anyone's guess. 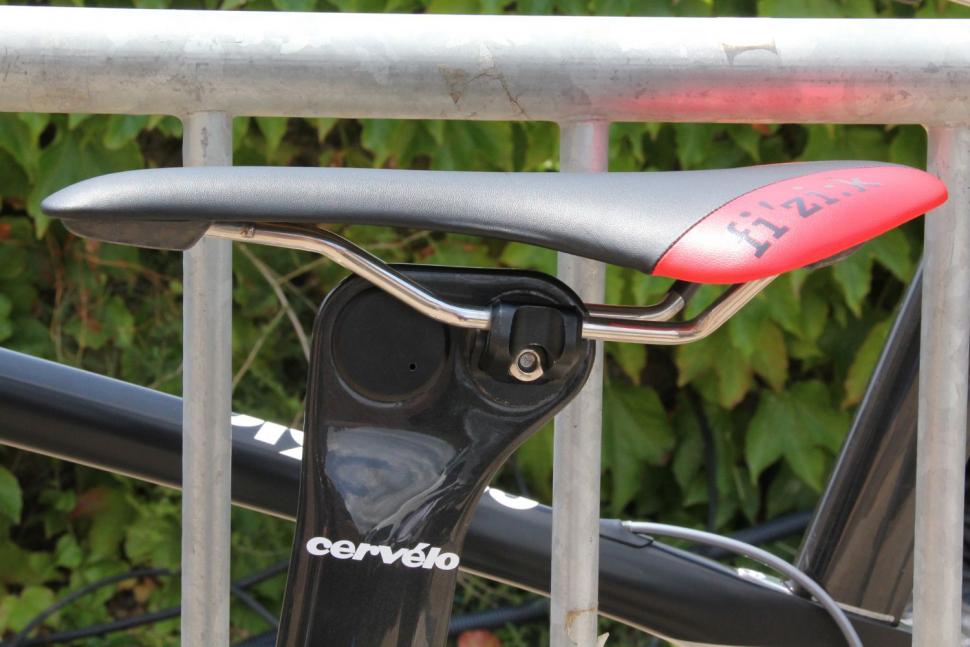 To complement the crazy front end, the saddle position on Millar's bike is slammed right back, presumably to give the tall Scott a long and low position. Fizik's Antares saddle was the perch of choice for Millar who had custom shoes designed by Fizik for his final season. 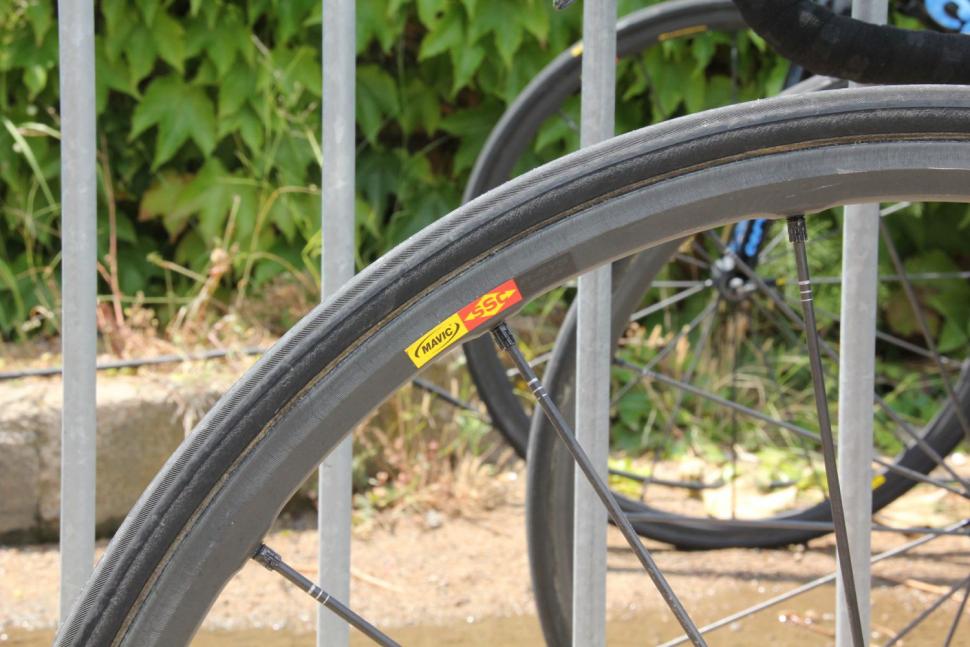 Millar pairs the aero frameset with some pretty un-aero wheels in the form of the R-Sys SLR tubular hoops. These narrow and shallow wheels were certainly lightweight and were chosen either for handling reasons, to lower the weight for Corsica's climbs or simply because the riders were heading out for a pre-race spin.

They are shod with Mavic-branded tyres, though if our memory serves us correctly, these were being made by Veloflex at the time. 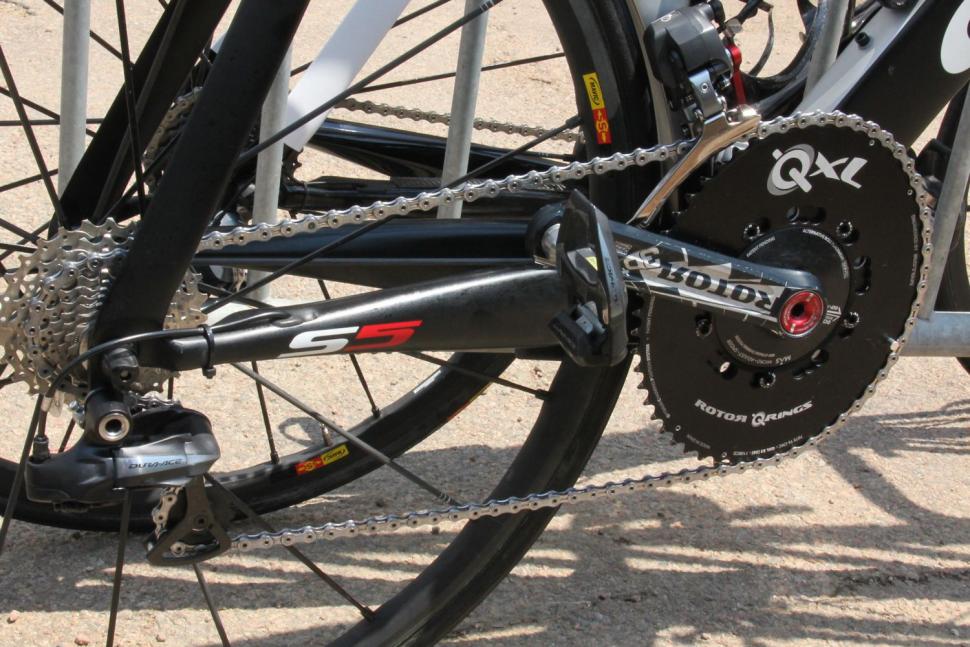 We're all talking about what Dura-Ace R9200 is going to bring, but back in 2013, Garmin-Cervelo was running the original 10-speed version of Di2. A Rotor power meter sits on the 3D cranks that turn the QXL chainrings. 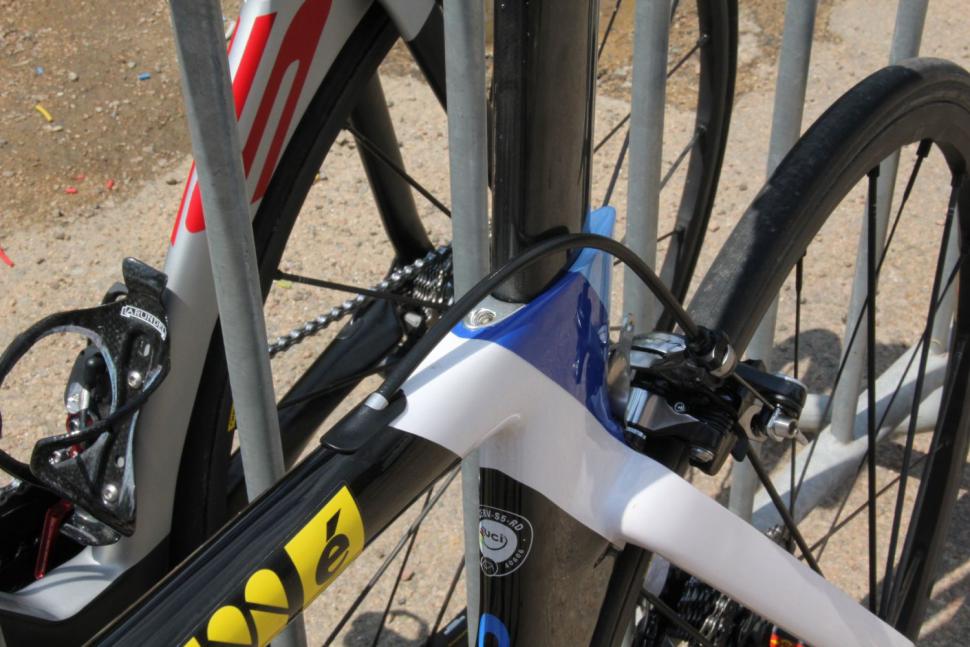 There's a sight that is seen far less on a Tour de France race bike. A cable that is exposed to the wind.

You can also just see the Arundel carbon bottle cage on another S5. Marking the 100th Tour de France with a special sticker. There's a faint argyle pattern there too, naturally.