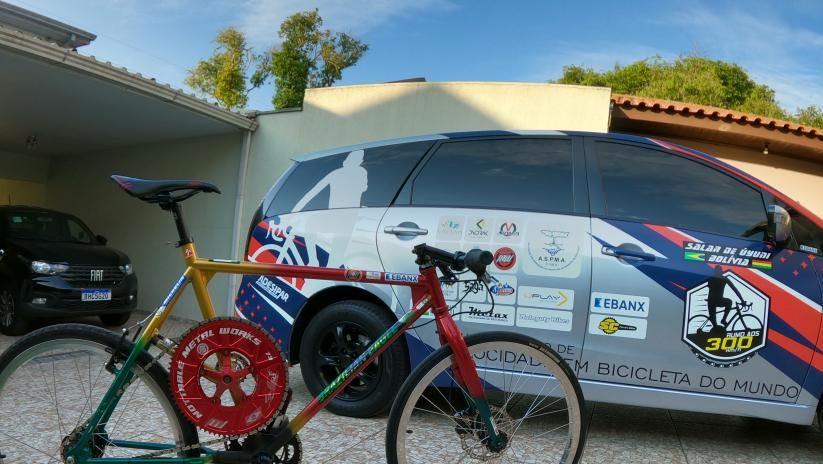 Bike at Bedtime: could this be the world’s fastest bike? No, really...

Check out the bike that Evandro Portela will ride for his motor-paced world record attempt. You want to know the size of that chainring, don’t you?
by Mat Brett

Brazilian rider Evandro Portela will attempt to beat the motor-paced cycling world record next year by riding at over 300km/h (186mph), and here is the bike he’ll be using. 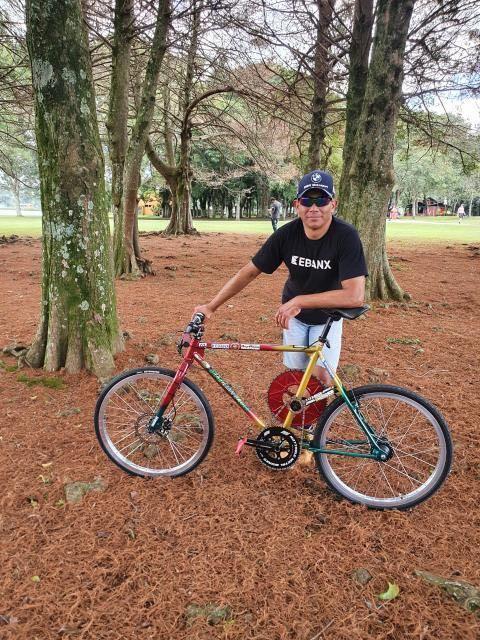 If you’re not fully up to speed (ahem!) on the attempt, check out our story from last week. In short, Evandro plans to ride behind a 6.4-litre Chrysler 300C RST8, supercharged to 750 horsepower, on salt flats in Bolivia. He needs to exceed 296km/h (184mph) to secure the record and believes he can hit over 300 km/h.

Evandro became a viral hit a few years ago when drafting at 124km/h  (77mph).

“ESA Bikes has done a great job,” says Evandro. “While everything was okay in 2020, I was going to go to Rourke’s small factory in the UK. I wanted to develop with them a similar bike to the one used by Guy Martin, but longer.”

“Due to the COVID-19 pandemic that wasn’t possible, so we made one here [in Brazil] from chromoly steel,” says Evandro.

The top tube is a massive 68cm long while, in contrast, the seat tube is a far more normal 54cm.

The gearing from Nottable Metal Works is very different from a system you’ll find on a standard road bike. Hitting super-high speeds on an everyday design would be impossible – you’d either need a chainring way larger than is feasible or to pedal at several hundred revolutions per minute. 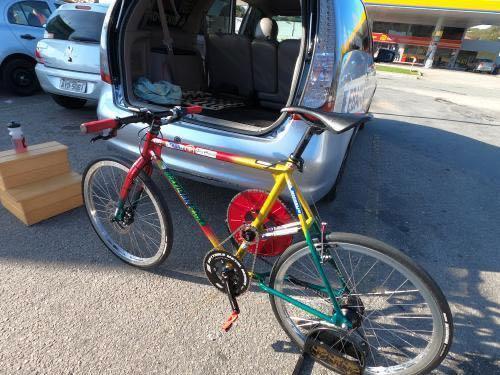 A compound gear system can turn the rear wheel much faster than is possible with a standard setup. Still, this system will need to be altered if Evandro is going to challenge the world record. The ratios aren’t big enough.

For Evandro to have the sprocket driving the rear wheel on the usual right side of the bike, the chainring attached to the crank has to be on the left.

The rest of the bike is a real mix of parts. Those are 32-hole Mavic wheels, for example, and the handlebar is from Bontrager.

Evandro has a Shimano Saint disc brake on the front – Saint being a top-level groupset for downhill mountain biking – and a V-brake on the back. 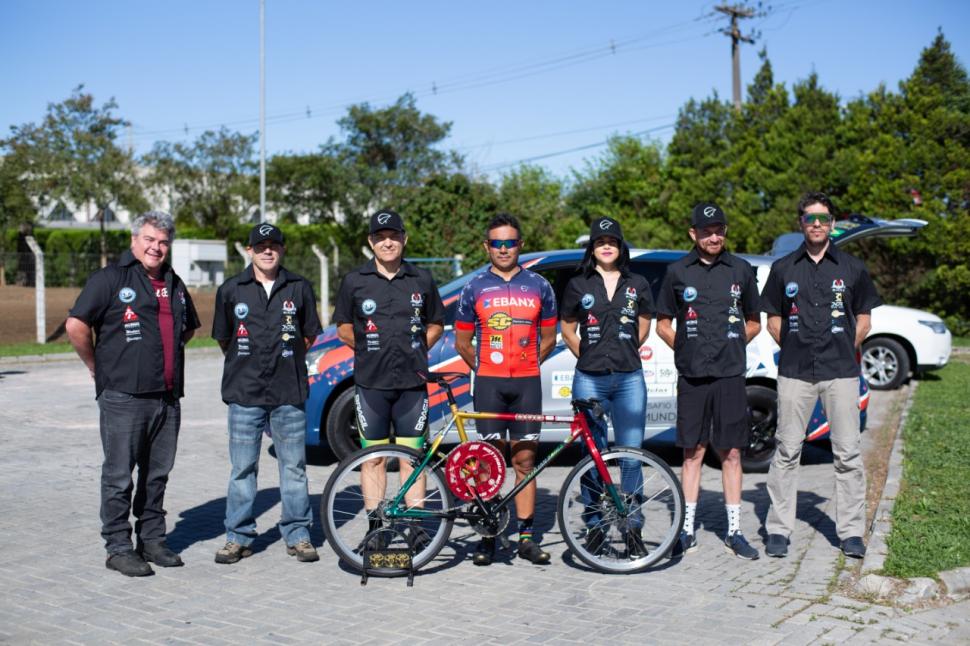 “[There are] no cables, only the breaking of the wind barrier behind a super powerful car. The challenge is hard. We will be training at 3,600 metres altitude. Uyuni salt flats in Bolivia are waiting for us.”

You can check out a series of Youtube videos following the making of the record attempt bike.