Disc brakes are probably the hottest topic of debate in the world of road bike technology right now, SRAM and TRP having recently revealed new designs with other major manufacturers being rumoured to be about to join them. Another big development in the road bike market over the past few years has been an increased concentration on aerodynamics. How do these two big developments relate to one another?

Culprit Bicycles have just been to the Low Speed Wind Tunnel (LSWT) in San Diego, California, to find out how a bike equipped with disc brakes performs against the same bike fitted with rim brakes. It’s a really interesting subject and one that, to our knowledge, hasn’t been tackled before. We might have suspected what the results would be, but we’ve not known for sure.

We’ll do something unusual for road.cc here and, rather than report on the findings, we’ll run Culprit’s paper in full. We’ll meet you again on the other side…

Culprit Bicycles recently set out to confirm the unknown answer to the question of whether disc brakes are more aero than rim brakes. Of course, frame design, cable routing, wheel selection, etc will have an effect on such drag results.

In order for a fair data comparison, Culprit Bicycles partnered with Trigon Bicycles with the use of their carbon CWT55 wheelset. Trigon offered a 20/24 aero bladed straight pull 55mm tubular wheelset with Tufo tires for use on the bikes running standard rim brakes.

For testing disc brake comparisons, Trigon offered the same CWT55 rim built on a six bolt disc hub with round J bend spokes, 24/24 spoke count. With the same rim profile, Culprit set out to give a similar data comparison

Culprit ran their Croz Blade bike size 55 in the LSWT (Low Speed Wind Tunnel) In San Diego against itself, built with two different brake offerings. The Culprit Croz Blade was designed so the buyer can purchase one frame and build it two different ways in order to meet the demands of the time.

For testing, the bike was run once as a disc road bike build using Ashima hydraulic disc brakes (the brakes were not working but Culprit chose to use a fully hydraulic brake caliper in testing as SRAM has already launched their newest Hydro system and Shimano is rumored to release later this year). The other was a TRP TTV rim build. The bikes were both built with Shimano Di2 Ultegra, 110mm carbon stems, 440mm carbon bars, and same post, saddle height, etc.

The objective of the test was to give the cycling community the drag data comparison between disc brakes and rim brakes. Keep in mind the use of aero road brakes, other manufacturers’ wheels etc. Those alternatives will affect the comparison drag numbers in contrast to standard rim brakes.

The test was conducted the same day with runs back to back to keep data as comparable as possible. The bike was run at a speed of 30mph with the wind also normalized at 30mph.  The bikes ran a full sweep of -20 degrees yaw (non-drive side) to +20 degrees yaw (drive side).

The results are shown below (strut tares not removed, estimated at around 100g of drag).

Culprit also ran the test with their new prototype Culprit Legend triathlon bike. Although this frame has modifications to be made before production, the main objective was to run the same bike through the tunnel with the same build with the only change being the use of TRP TTV rim brakes and hydraulic disc brakes. 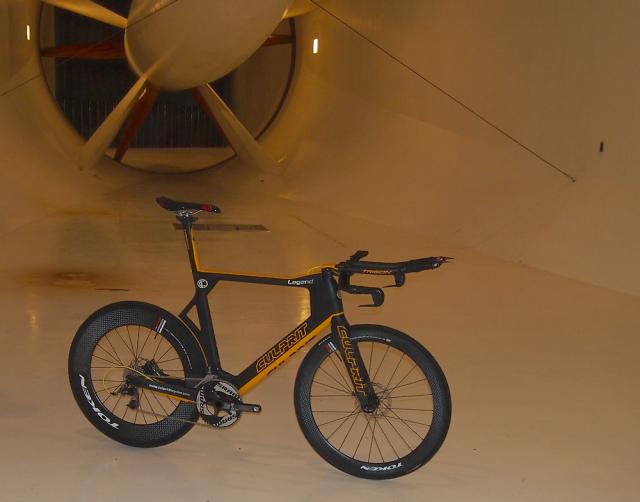 Culprit Bicycles partnered with Trigon Bicycles with the use of their carbon CWT55 wheelset. Trigon offered the 20/24 aero bladed straight pull 55mm tubular wheel set with Tufo tires for use on the bikes running standard rim brakes. For testing disc brake comparisons, Trigon offered the same CWT55 rim built on a six bolt disc hub with round J bend spokes, 24/24 spoke count. With the same rim profile, Culprit set out to give a similar data comparison.

Culprit ran a size 58 Legend. The bike is still in prototype stage and modifications to the design will affect final production and final drag numbers. The bike was run with the window in the frame (which testing showed extra drag so it will be removed in production). It was run with Ashima disc brake tri levers and brakes with 135mm spacing. It was then run a second time with TRP brake levers and TTV rim brakes at 130mm spacing.

The bike was also run from -20 degrees to 20 degrees of yaw with the wheels spinning at 30mph and the wind speed at 30mph. 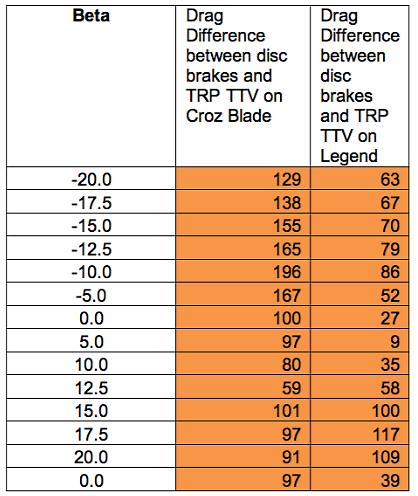 What can we learn from this case study?

On road bikes, the frame design will, of course, affect the drag results, but wind tunnel data cannot quantify the improved time and results that would come from the ability to brake with better power and modulation. The more confidence the rider has in all conditions, the later the rider can stop the bike, which leads the rider to have faster turns. Real world data will affect the time differences between disc and rim brakes greatly when put to the test in a riding/racing environment. 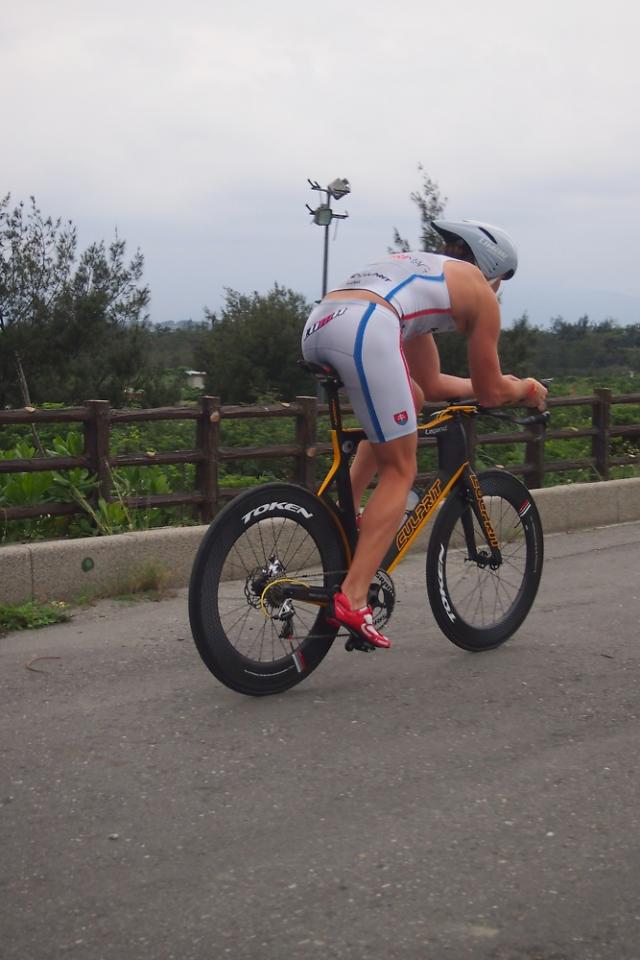 With tri bikes, the drag numbers were lower as the Legend has improved cable routing options over the Croz Blade. The greatest improvement [with the use of disc brakes] for triathletes will be confidence in stopping power for more technical courses. Disc brakes will affect the performance in all riding conditions, giving the rider confidence in their stopping power regardless of the weather conditions.

The drag data represents that both road bikes and tri bikes have increased drag with the use of disc brakes with products currently available on the market. With the further development of disc brakes, frame/fork cable routing can improve, further reducing drag.

Brake manufacturers will be able to design more aerodynamic disc calipers and we will see studies done on just rotors, and see rotor design improvements. Rims and hubs will be modified and developed to meet the demands of a more aero option. Previously disc hubs were for cyclocross and mountain bikes and were therefore never designed with aerodynamics in mind. This change [the development of disc brakes for road bikes] will stimulate designers to come up with more aero hub designs while carbon and alloy rims can have the braking track removed, allowing for improved aerodynamics.

Culprit believes that in the future, disc brakes will be closer in drag to rim brakes, or even lower, with the improvements that will come in the areas listed above.

So, the question for many of you is:  “Are these differences exciting enough for you to jump onto the disc brake movement or would you rather wait until the pro peloton moves first?”

Okay, so that’s Culprit’s report in full. It’s interesting stuff. Here, in brief, are the main points that we’ve taken from it…

• The TRP TTV brakes produced less drag than the Ashima disc brakes – or, if you want to be more precise, the complete bike set ups using the TRP TTV brakes were more aerodynamically efficient.

• Culprit think - although this is nothing to do with the wind tunnel data - that a disc brake’s higher level of braking performance allows riders to slow later and corner faster than with rim brakes. They believe time saved in this way will reduce the aerodynamic deficit of disc brakes.

• Culprit believe that disc brakes can be designed to be more aerodynamically efficient than they are at present.

• Culprit also believe that manufacturers will be able to improve the aerodynamic efficiency of currently available disc brake hubs and rims.

For more info on Culprit bikes go to www.culpritbicycles.com