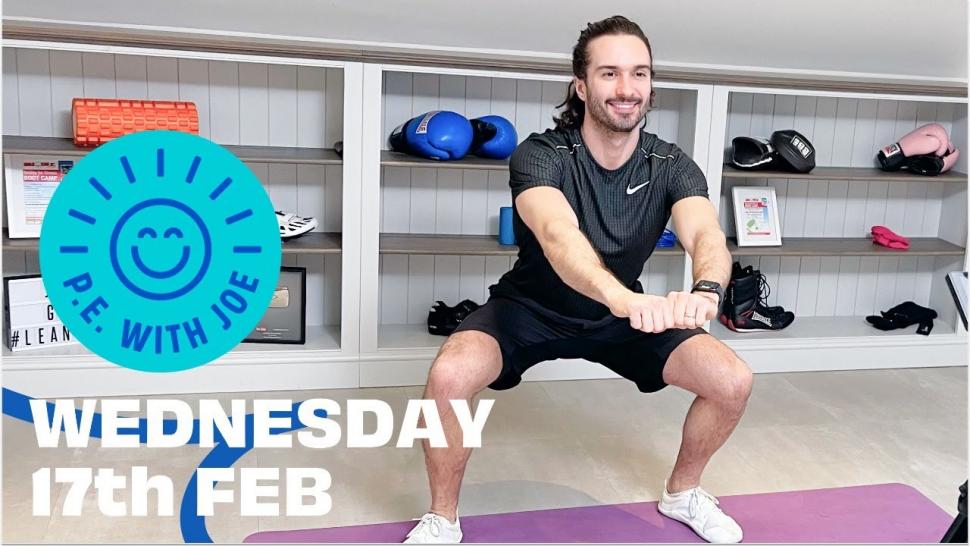 5 reasons every cyclist should do PE with Joe Wicks

Ok, so we're in lockdown again, and everyone's routine is thrown out of line. Again. What are we all going to do with our time? One thing you should definitely do as a cyclist is PE with Joe Wicks, live on his Youtube Channel every other weekday morning at 9am. It'll make you a better cyclist. Here's why.

> For a comprehensive strength training programme to improve your cycling, see our Strength Training for Cyclists series

1. You can pretend it's for the household

You're a cyclist, so you probably don't do any strength work. I'm not judging you: I don't do any either. There's something in your psyche as a cyclist that thinks that half an hour of exercise time would be better spent on the bike than anywhere else. But everyone's tuning in to Joe – the best part of a million people are puffing along – so you can get your family involved. It's a great thing to do, exercising together, and it benefits you for reasons I'll outline below. But it doesn't count towards whatever allotted time you have for Zwift or your one daily outdoor foray, does it? It's free! You're doing it for the kiddies!

A half hour of exercise at 9am sets you up for the day. Assuming you haven't already been up for hours working/fretting. If you have, it's a nice break from work/fretting. Either way, it's not a huge chunk of time.

Like I said: You're a cyclist, so you probably don't do any strength work. So you probably don't want anything too extreme. Joe's half hour is pitched at anyone that wants to join in, so the barriers are low: you don't need any equipment, it's just bodyweight exercises. Most of them are easy enough, but 30 seconds on and 30 seconds off for 20 minutes is enough to break a sweat, for sure.

This is really important. Even though it looks like Joe has recovered from the wrist injury he was carrying last year, his routines are mostly centred around core strength and, well, jumping around of one sort or another.  So you'll mostly be doing core work and lower body stuff: lunges, crunches, squats, planks... exactly the sort of thing you should be doing as a cyclist because...

5. Core and lower body work is great for sprints

If you follow a strength training plan on an app like The Sufferfest or even our own strength training series, then what you'll be doing in a beginner's session is very similar to what you'll be doing with Joe on a weekday morning. The exercise mix is almost perfect for building up core and lower body strength, and those things mean that your legs are able to push harder in sprints, and your core is more capable of keeping you steady while you do. Three weeks of this in lockdown and you'll be sprinting away from your mates to the town sign.

So there you are: add it to your daily routine.