What's the updated 120km Dragon route like? It's ace, that's what.
by dave atkinson

Wait for the cattle grid. The climb starts at the cattle grid, then it's 20 minutes to the top, he kept saying. But we'd been climbing for half an hour already, and the elusive metal grille was remaining elusive as the road snaked ever upwards. Welcome to the Bwlch.

When we do finally rumble over the bars the rest of the climb is laid bare before us, clinging to the side of the valley before traversing back across for a final drag to the T-junction at the top. 20 minutes? It looks like it'll take forever. On the Gran Fondo, this view will greet you twice. If I were you, I'd concentrate on the tarmac second time round.

We're out in South Wales for a recce of the new Dragon Ride route, which is substantially different from previous years. Our guide for the day is Simon Richardson MBE, double-Olympic-gold-medal-winning paralympic track cyclist. A collision with a car back in 2001 means he's only really got one working leg. That the one that works works better than both of mine put together is at once mightily impressive and faintly depressing. Simon's an amiable sort, though, and not one to go after a bunch of journos, including one chap from the local rag whose bleeding knees are testament to the fact that it's the first time he's used clipless pedals. We've all been there. 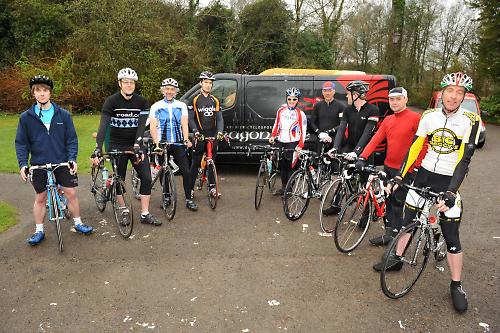 The route is different right from the start: right out of the technology park instead of left, and straight into a climb. It's not a big one, a couple of hundred metres at 7% or so, but it'll be done at pace on the day on cold legs, as everyone guns it from the off, high on adrenaline and the thrill of a mass start. There's a couple more rises after that too, before we skirt Cowbridge and head south to Llantwit Major, all the time with the big hills behind us. The Bristol Channel is straight ahead, but the route hitches a right and the rolling tarmac to Ogmore-by-Sea is a treat. Get yourself in a good group here and you'll be flying along.

A mammoth effort off on the front by Five News presenter Matt splits our peloton of eight, already two down, into two of four; I'm the one easing up with the thought of big climbs to come and our autobus holds a chatty pace as the coast road offers superb views over to Minehead and Exmoor. We head inland again up the beautiful Ogmore Vale befor the puncture fairies pay me a visit but it's only five miles to Porthcawl and the promise of cake and coffee, so I wave the rest on as organiser Lou magically appears with a track pump. Those five miles are the hardest I'll do: on my own, on the A48 bypassing Bridgend, I'm dreaming of a big slice of cake and tiptoeing round the potholes. I don't have another spare tube and I left my phone at home... 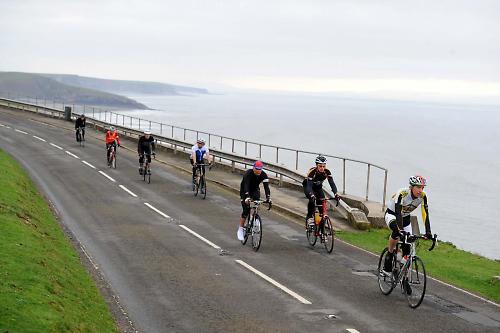 Porthcawl is where the first feed stop will be and ours is a seafront cafe with good stocks of sugary and hot things. A quick detour through suburbia (including a right-angle corner with a brick wall straight on - watch out for that one) brings us out on the Pyle Road before we hang a left at a roundabout – well, some of us do – and set a course for the fires of Mordor. I mean Port Talbot.

I'm sure many words have been used to describe Port Talbot over the years, and I'm equally sure that 'picturesque' isn't often one, but it is the gateway to many excellent things. Margam Park. Afan Argoed and Glyncorrwyg MTB trails. And, of course, the Bwlch. The climbing starts as soon as you turn on to the Afan Valley Road and it never really stops until you're atop the mountain, 532m above sea level, which is more or less where you began. It's a 22km climb, almost imperceptible at first after the first hike away from the M4, especially with the wind at your back. Onwards and ever up, you ascend past Afan and Cymer. The gradient allows you to climb as a group, and our remaining pack of four stays together until Blaengwynfi, and the cattle grid. After that it's the climb proper, and every man for himself. News anchor Matt proves to be anything but, relishing the climb with old hand Rich Hallett, who's astride a very fine Madone 6.9SSL, just the ticket for the ascent. Simon tells me he's racing on Sunday and is going to take it easy; even so, he's tapping out a faster pace than I'm able to keep up as the gradient steepens before the final hairpins.

I'm on my own, but I don't mind. It's a super climb, is the Bwlch. Beautiful and barren and windswept and endless, a little stretch of the Alps almost on my back door. You'll get a drink at the top too, on the day. We were checking out the Medio route, 120km, so that was the end of the climbing for us, save for a dig over Llangeinor before the fast, rolling roads to the line. The Gran Fondo dives down the back of the Bwlch to the equally heighty Rhigos, and after that there's two more stern climbs to conquer before you're deposited in Neath to start the Bwlch. Again. 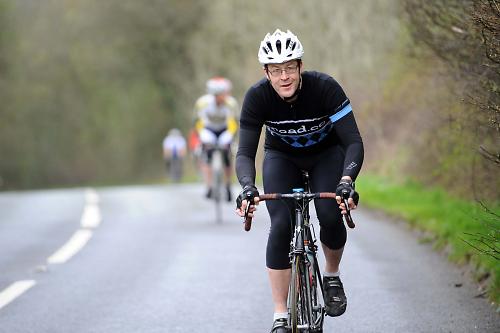 When the new route was released there were grumblings from some quarters - this one included - that it wasn't as good as the old one. We fear change, us cyclists. My main criticiscm of the long route - that it goes up the Bwlch twice from the same side - still stands. The Bwlch is unusual in that there's three roads to the top; it's like a mini Welsh Ventoux. Last year's route made good use of that by climbing twice from different directions (Lewistown and Cymer). The Cymer ascent is my favourite but I still think we're missing a trick this year by doing that one twice. Organiser Lou is thinking of putting the route to the vote next year, with three options. That'd be a lot of fun.

The rest of the route, though – and the Medio Fondo route in its entirety – is excellent. The seaside section through Ogmore-by-Sea is wonderful rolling roads with great views. And it's hard, too: by the time you reach the Bwlch for the first time you'll already have 85km in your legs, and from then on it's one big climb after another as you pack all the climbing into the second half of the ride. Overcook it on the first bit and you'll not be the only one sneaking home on battered legs with the Medio riders from the top of the mountain...