Ahead of the Tour of Oman, Carlton Reid checks out the route and the teams' "ultra-luxe" accommodation… lucky lad
by Carlton Reid

The Tour of Oman starts on February 15th. The Gulf state is readying itself for the event titularly organised by Eddy Merckx. A pre-Tour report from Our Man in Oman, Carlton Reid.

"Everybody is very excited," an Oman-based British journalist told me earlier this week. And there's evidence for this excitement all over Muscat, capital city of the Sultanate of Oman. The Tour of Oman will be here in a couple of weeks and already the place is awash with banners and posters celebrating the arrival of the five-day pro race.

There are welcome posters at the airport, and banners lining the major roads, including the Corniche in Muscat, the seaside highway-cum-promenade. 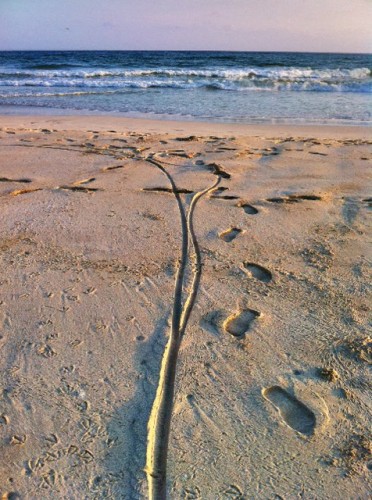 Saxobank isn't the only pro team riding the event but you wouldn't know it from the posters. Last years' winner, in Saxobank jersey, takes centre stage. Fabian Cancellera, now with a certain Luxembourgish team, is due to ride this year, too, just the second year for what is already a key 2011 warm-up event for many pro riders. The majority taking part in the Tour of Oman will be hot-footing it from the well-established Tour of Qatar which starts a little over a week earlier February.

The Santos Tour Down Under might be the first big race of the year but Australia is an awfully long way to go for some sunshine. The Middle East is much closer - just a seven hour flight from London - and winter in the Middle East is like a boiling hot summer's day in the UK.

The Tour of Qatar is 10 years old this year and is organised by ASO, owner of the Tour de France. ASO also organises the Tour of Oman. Oman - which has more tourism potential than Qatar - eyed up the extensive TV coverage a big-time bike race brings, and coughed up the necessary cash to ASO. 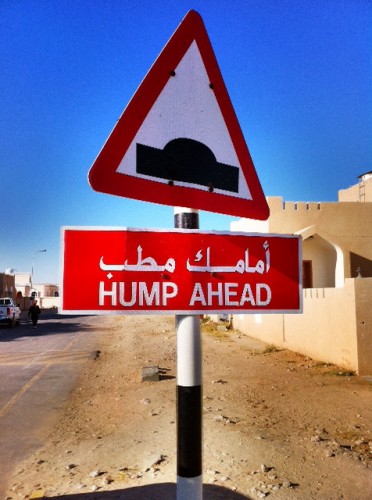 Christian Prudhomme, Bernard Hinault and Eddy Merckx were flown out to Oman for a route unveiling press conference in December. Merckx is listed as the organiser of the Tour of Oman. It's said he designed the route; this year featuring a hilly time trial.

The triumverate were flown out to the Gulf in style by the Sultan-owned OmanAir.

Pretty much everything in Oman is owned by the Sultan. His tourism minister wanted to create a media-friendly pro bicycling race for this Gulf state, so the Sultan made it happen.

Roughly the size of Italy, Oman is not quite as awash with oil as its neighbours. The black stuff is running out fast. Oman's future wealth will have to be generated in other ways, and one of those other ways is tourism. 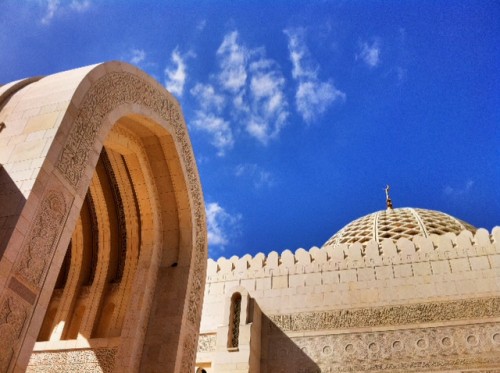 The municipality of Muscat organises festivals and galas - and professional bicycle races - to put Oman on the map. Mid-February is the perfect time to visit Oman: it's wonderfully warm and sunny but not yet blisteringly so.

I'm in Oman for the AGM of the British Guild of Travel Writers. The weather is gorgeous; the light is a photographer's dream.

Naturally, there will be plenty of photo opportunities with cyclists under palm trees but the Tour of Oman is not like the Tour of Qatar, a sand-blasted camel-fest. Oman has green swathes, watered by the tail-end of Indian monsoons. The main climb of the Tour is a partial ascent of Jabal Al Akhdar, the Green Mountain.

That's not to say Oman doesn't have desert - it has sand in spades, with seemingly endless sand dunes at the start of the fabled Arabian Empty Quarter - but the sultanate has more scenery diversity than any other Gulf state. Not that the tour sees much of this diversity: it stays in the Muscat region.

The riders and race officials will not be slumming it. The HQ for the tour is the Shangri-La hotel resort, 10kms from Muscat and in Al Jissah bay, an achingly beautiful cove where dolphins can be seen frolicking in the Arabian sea. This resort is plush. The Castle, a no-kids-allowed part of the resort, is ultra-luxe. No doubt this will be where Eddy Merckx will be accommodated during the Tour. 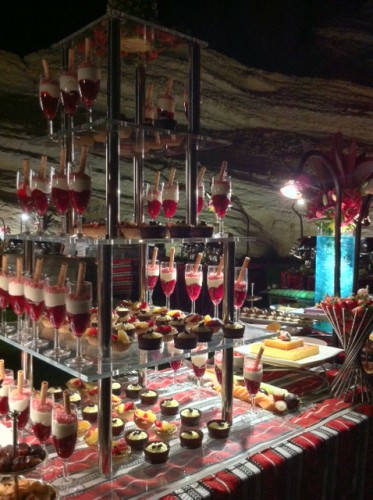 Access to the resort is via a spectacular mountainous road, covered in silky smooth tarmac. This route - blasted out of the sandstone just a few years ago - forms part of the Tour time trial and will be won by a climber rather than a time trial specialist such as Cancellera.

The riders likely won't get much of a chance to take in Oman's stunning scenery but the warmth will sure beat a damp, chilly February in Europe. Fancy taking a last-minute trip out there? Check out Oman Tourism's website but forget booking into the Shangri-La, it's fully booked. Arbind K Shrestha, General Manager of the resort, told me all the Shangri-La will be hosting 350 Tour guests, including 128 riders, Tour officials, and media. Lucky buggers.