Subscribe
Back to Features
feature
How to
Riding
Tech 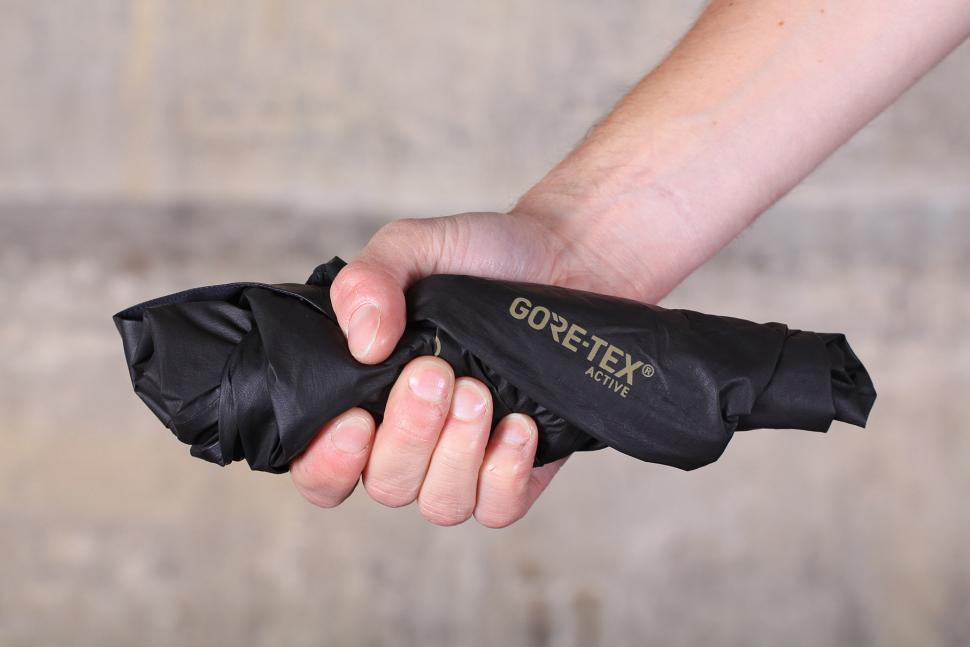 In the first in a new series in which road.cc writers celebrate their favourite bits of cycling kit Dave Arthur gets all misty-eyed about his Gore Shakedry jacket
by David Arthur @davearthur

If there’s one essential bit of kit every cyclist living in the UK needs with a determination to ride year-round, it’s a waterproof rain jacket. The Gore Shakedry is the best yet, launched only two years ago but a real advance in performance, and now a jacket I couldn't live without.

A waterproof jacket made from a breathable material, One Active (when launched in 2016 it was called the One Active Jacket), with what Gore describe as a ‘Permanent Beading Surface’ which basically means the water just rolls off it and you can shake it dry - hence the new name.

And that’s not all. The characteristics of the fabric mean that jacket can be made from a two layer construction rather than the more usual three further boosting the jacket's performance and utility, but more on that in a mo.

(You can read more about the tech behind the jacket by clicking on the link to my original 2016 review at the bottom of this piece.)

Because all the stuff mentioned above works. I'll go in to that in a bit more detail though while I'm addressing the issue of its price.

Yes it’s jolly expensive. You could buy a snazzy Dyson vacuum cleaner, an iPad, a posh coffee machine, a flight to Mallorca… but none of those things are going to keep you dry when you’re caught in a heavy downpour miles from home. 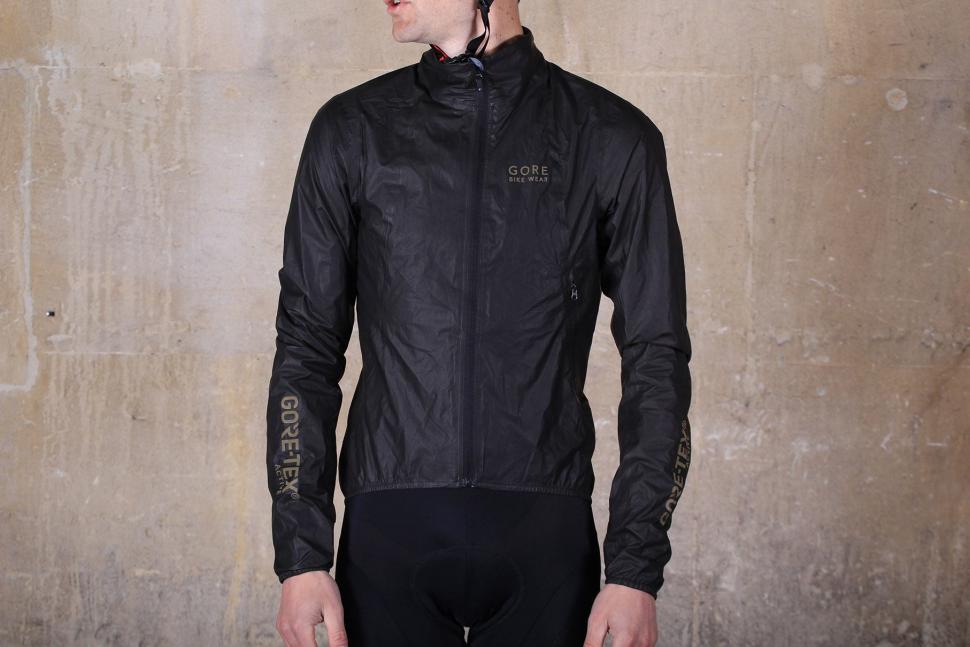 In fact I’d argue it’s actually good value for money. Hear me out. All previous waterproof jackets have been waterproof, but they lack breathability which means you get really hot really quickly, and because of this you put off wearing it as long as possible. Usually when you’re drenched. They’ve usually been bulky and heavy, don’t pack very small, make lots of noise and flap about like a flag

Shakedry addresses all these issues. It’s the breathability that is the biggest draw. I’ve worn it for entire rides of multiple hours and I’ve never overheated. Even when it’s stopped raining and the sun has come out, I’ve been able to continue cycling with this jacket. It’s so breathable I treat it also as a wind-shell, and in that way, it has replaced a windproof jacket. One jacket instead of two.

It’s also bloody light and packs down so small it virtually disappears inside a jersey pocket. I can slide a pump and spare tube inside the same pocket. So it’s no biggie carrying it around on every ride when rain threatens but isn’t guaranteed.

So yeah it’s expensive, but in terms of the performance it offers and making rides in the rain something you can enjoy rather than just tolerate, I couldn’t live without my Shakedry.

For more on the tech here's my  original review from 2016, Gore now make a range of Shakedry jackets including one for riding in reduced visibilty, and a women's version plus the latest stretchy version. They're all great.