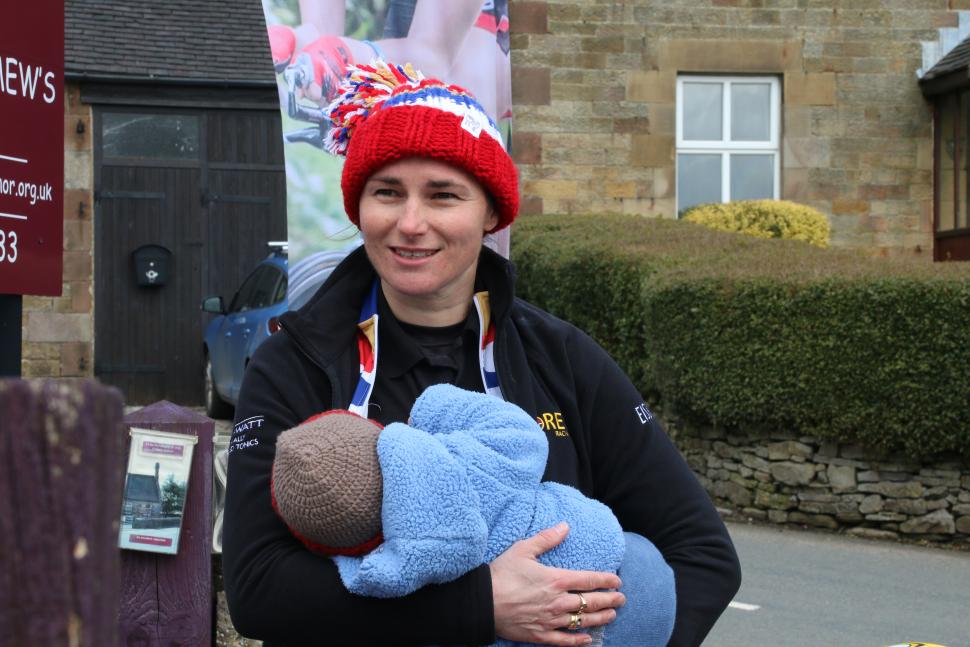 14-time Paralympic champion reflects on missing this year's Para-cycling Track Worlds, and looks ahead to Tokyo 2020
by Caroline Dodgson

We’d never ask a male elite athlete how they combine parenthood and sport, but Dame Sarah Storey not only successfully combines motherhood with racing but does it while breastfeeding too.

Dame Sarah Storey, who was born without a functioning left hand, is the most successful female British Paralympian of all time. She’s been a multiple Paralympic and world champion in swimming and in track and road cycling, and also holds gold medals for British women’s able-bodied cycling events.

With her husband Barney, she runs Storey Racing, a women’s cycling team whose motto is #BestVersionOfYou. She has two children, Louisa, who turns five this month, and Charlie who was born in October 2017 and is currently breastfeeding.

Sarah was in the news earlier this year when she decided not to travel to Rio to compete in the UCI Para-cycling Track Cycling World Championships. This was because she couldn’t take the recommended vaccination against yellow fever as she was breastfeeding and four-and-a-half-month-old Charlie was too young. 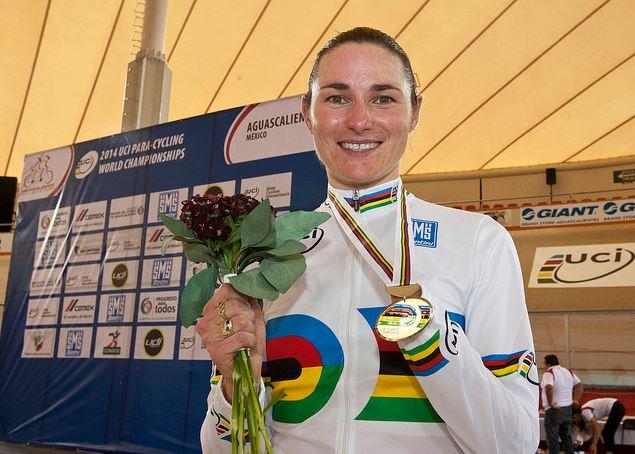 Sarah is stoic about having to miss out on the championships. “It means I’ll have to wait a little longer to try and get a rainbow jersey back on my back. I’m not a current world champion which is the first time pretty much since I started cycling. Instead of getting a track opportunity I’ll have to go straight into the road.

“It’s one of those things – I missed both world championships last year because I was pregnant. It would have been nice to come back when Charlie was five months old, but it wasn’t to be, so I’m pragmatic.”

The Tokyo Paralympics in 2020 will be the 40-year-old’s eighth Games, her first being Barcelona in 1992 where she competed as a swimmer, switching to cycling ahead of Beijing 2008.

In Tokyo, she expects to compete in the 3,000m  individual pursuit on the track, the road time trial and the road race – she is the reigning Paralympic champion in all three – and the 500m track time trial, the latter because it’s there and will keep her active, and it’s an alternative measure for speed. It’s also an event she happened to win at London 2012. 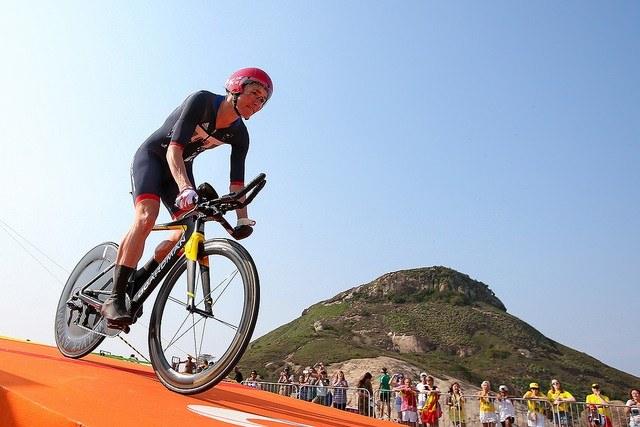 She’s hoping for personal best times which will show she’s still moving forward, and hopefully that’ll equate to the outcome goal of a gold medal to add to the 14 – five in swimming, nine in cycling – that she already owns.

“The press are talking about Mike Kenny who has 16 gold medals as the ultimate British Paralympian so that’s where the ultimate goal is for everybody else. My motivation is to keep getting faster and winning bike races is an added bonus.”

The births of Sarah and Barney’s children have been carefully timed to fall between Paralympic Games. “You don’t have maternity leave when you’re an athlete – you have an easier year when you’re pregnant, but then when most mums are with their kids your body has to kick back in and adjust back to being an elite athlete. For me, the babies needed to come in and around competitions – that’s why this year missing the world championships was a pain, but I still have two more track worlds before Tokyo.” 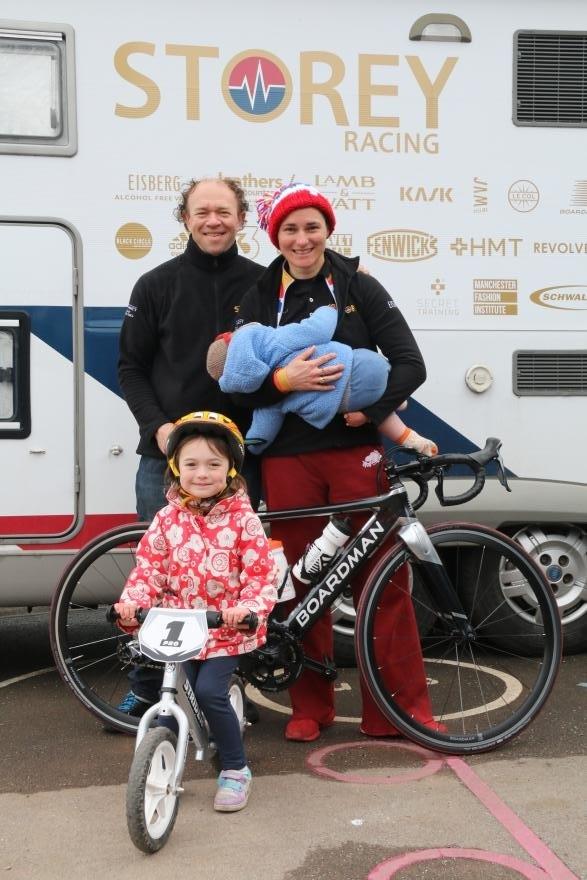 With her husband Barney, Sarah travels around the world to compete, and the children always come too. Like all breastfeeding mums, her support network is one of her greatest assets. “Barney, my husband, is a great support and my mum often comes with us too. Similar to the way Amy Williams did it when she was doing the Winter Olympics, she had granny support.”

She aims to time her training so that Charlie can have a good feed before she heads out, but this isn’t always a successful strategy. “If the bottle’s not good enough then I stop to feed – my dad’s compared it to the difference between draught and bottled beer. Sometimes the bottle’s ok but sometimes you want it on draught!” Louisa likes attending races to watch her mum, but her favourite thing about races is “the cafes… I like chocolate cake!”

Charlie and Louisa are fed wherever and whenever they need to be, and Sarah doesn’t pay much attention to other people’s reactions when she’s out and about.

“To be honest I’m fairly oblivious! When I was in Dubai I was breastfeeding Louisa under a towel, she must have been nearly two, and there was a bit of tutting from the sunbeds. It’s been interesting that occasionally people are a bit taken aback but know they can’t say anything. I have a very good ‘resting bitch face’, so that probably helps.”

Now in their second season, Storey Racing rode in the Asda Tour de Yorkshire Women’s Race last month, have a place in this month’s Ovo Energy Women’s Tour, and expect to compete in the Prudential Ride London Classique.

“It’s about providing the girls with opportunities to move forward,” explains Sarah. “I’d love to see them win a bike race at UCI level. I want to get stuck into the team time trial world and see where we can pitch ourselves.” 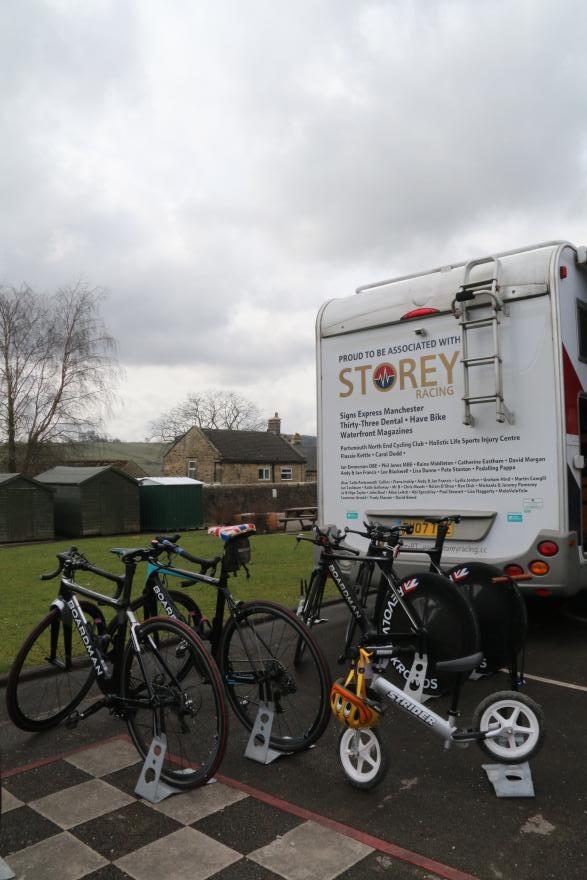 Sarah acknowledges that they are a very small set-up. “We’ve probably got the smallest budget of any UCI team and none of the riders get paid yet, they all have other strings to their bows”. The team’s hashtag is #BestVersionOfYou and its strategy is focused on process, not just outcome goals. “We’re trying to teach the girls the underlying factors of being a great rider.”

As a British Cycling policy advocate, Sarah notices how our roads aren’t set up to support children to get out on their bikes. “It’s really interesting doing the school run and seeing parents who drive 200 metres. I’d like [cycling] to be built into the education system so it’s a priority for our children.”

Her advice to mums who want to get out on their bikes? “Find those quiet routes initially and make sure that you’ve left enough milk in the fridge if you’re breastfeeding – don’t go too far at first – I started off on the turbo trainer in the garage so I was close by. Just go for it!”