My day on the Stelvio

From the road.cc archives: some useful, and some not so useful observations on riding Europe's second-highest road pass
by Tony Farrelly

Last summer road.cc and off-road.cc sent a team of crack operatives (well, me, Dave and Jon from off-road.cc) on a road trip to the Italian Dolomites where we rode new bikes at Eurobike Live, tackled the Maratona dles Dolomites gran fondo, did some very fine Italian dining and on our day off me and Dave rode up the Stelvio. Dave did it with a video crew (that’s just the way he rolls) and you can see how he got on here. I rode up ahead and waited at the top without any money or enough air in my front tyre* - cos that’s the way I roll.

*Luckily I met a Dutch bloke with a pump just as I was about to start back down. He probably saved my life. 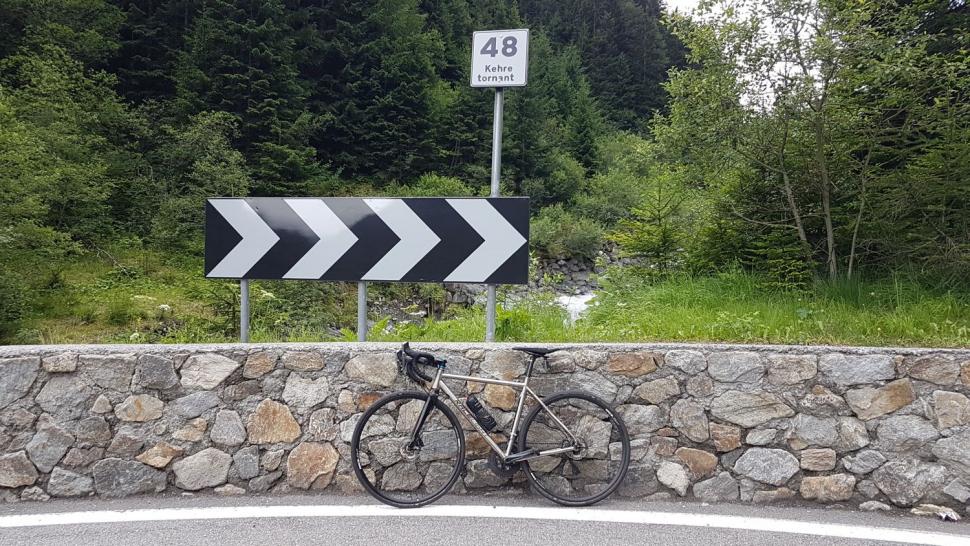 1. It’s got 48 hairpin bends going up from the Italian side, nearly all of them in the second half of the climb. They’re all numbered and 1 is at the top.

2. At 2760 metres It’s the second highest road pass in Europe… don’t know what the highest is*, but don’t ask me to ride it.

*Someone will tell us in the comments. 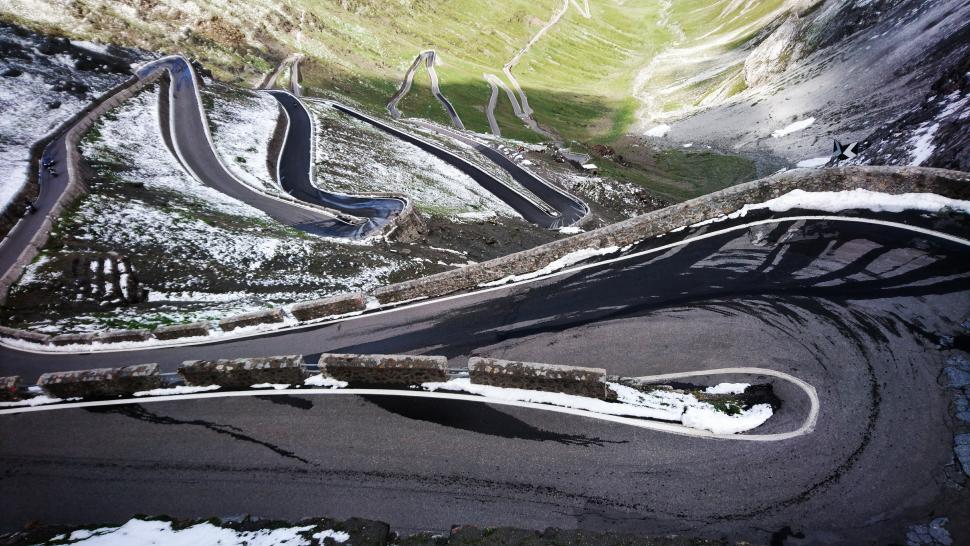 3. There are three ways up one on the Swiss side and two on the Italian side - the pros have raced up them all. Probably. 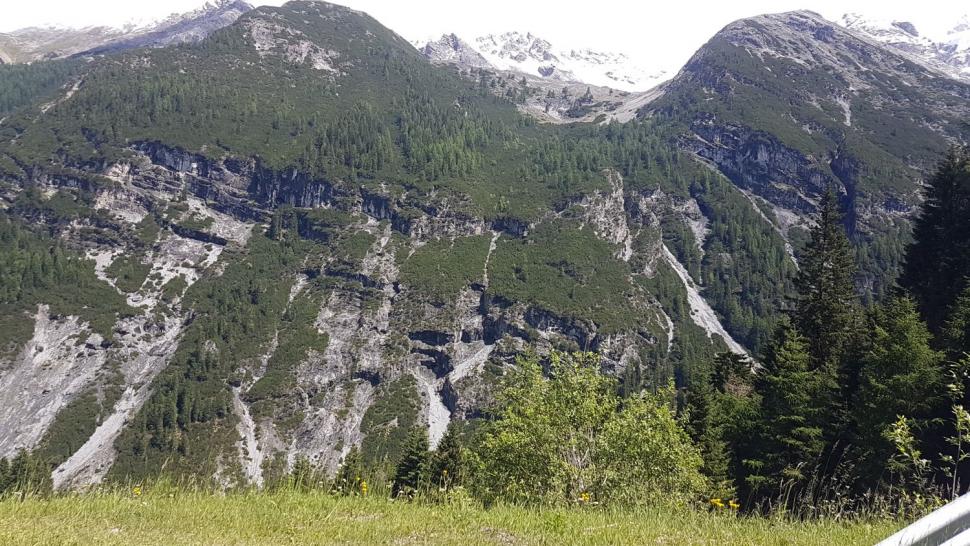 4. At an average of 6 per cent the Stelvio is not very steep, but it is very long. Very long - 24km on the Italian side. It’s the topographical equivalent of the small child in the back of the car asking ‘are we there yet?’ for kilometre after kilometre after kilometre. Its brutality lies not in the gradient* but in its  persistence. Until you get to the top.

*although it is a long way up (obviously) - we started in Silandro back down the valley and the height gain from there was 2km.

5. Unusually for both Switzerland and Italy there are very few places to refill your water bottle on they way up*- and for most of us it’s definitely more than a one bottle mountain - so it makes sense to pack two. *Maybe that’s so they can sell you some when you get to the top.

7. These days aside from straddling the Italian/Swiss border, and being very tall, the Passo dello Stelvio’s basic function would seem to be as a place for people* of a certain age to challenge themselves using their wheeled vehicle of choice. We fitted right in.

Imagine a giant track day for middle aged men in Lycra, leather, or sports cars of varying vintages - all on the same track all at the same time, and you’ve pretty much got it - although that makes it sound busier on the road than it is.

Did I say middle aged? Somewhat unusually the cyclists were the ones keeping the age average on the road down and there were a fair number of female cyclists too. The bravest people on the mountain were also women – riding pillion.

*People who are mostly men.

8. Speaking of motorcycles, expect to meet a lot of them on the Stelvio. A LOT. Oh, and a lot of posters reminding motorcyclists of their responsibility not to kill themselves on the road ahead. Great squadrons of them sometimes taking up both lanes of the road because - well, they can – and because as the hairpins get tighter and more cambered nearer the top the only way some of the big touring bikes can get round is by taking the outside line even if it is on the wrong side of the road and you’re coming up/down the other way. They mean you no harm but… 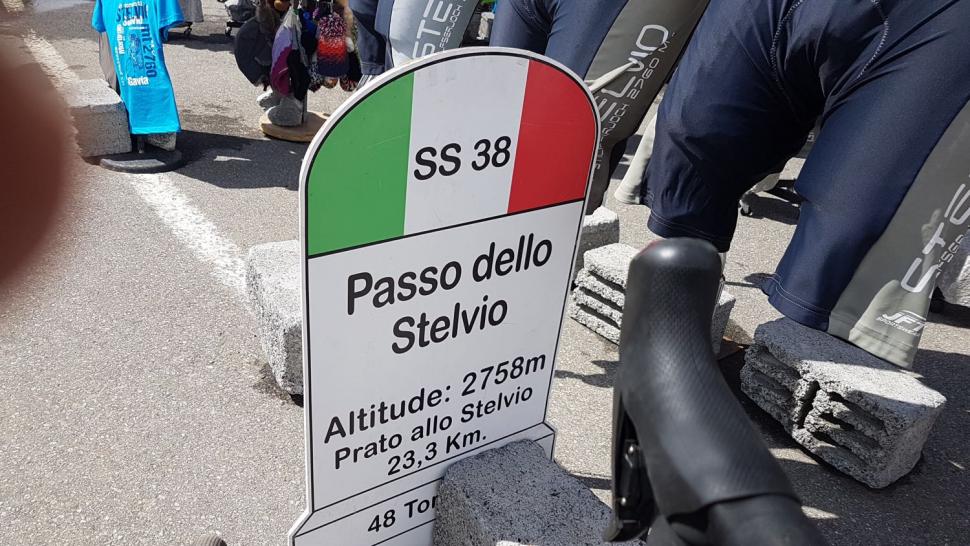 9. Speaking of the top, after slogging your way through some of the most stunning scenery Europe has to offer the top itself is something of a disappointment. In fact it wouldn’t be selling it short to say that the top of the Stelvio is a bit of a dump. Quite an expensive and tacky one too. I’m sure you can get a 'My dad/mum rode up the Stelvio and all I got was this crappy t-shirt’ t-shirt, you can definitely buy official Passo de Stelvio cycling kit. Who would buy and wear such kit you ask? Well the bloke we saw in Corvara the next day for one. 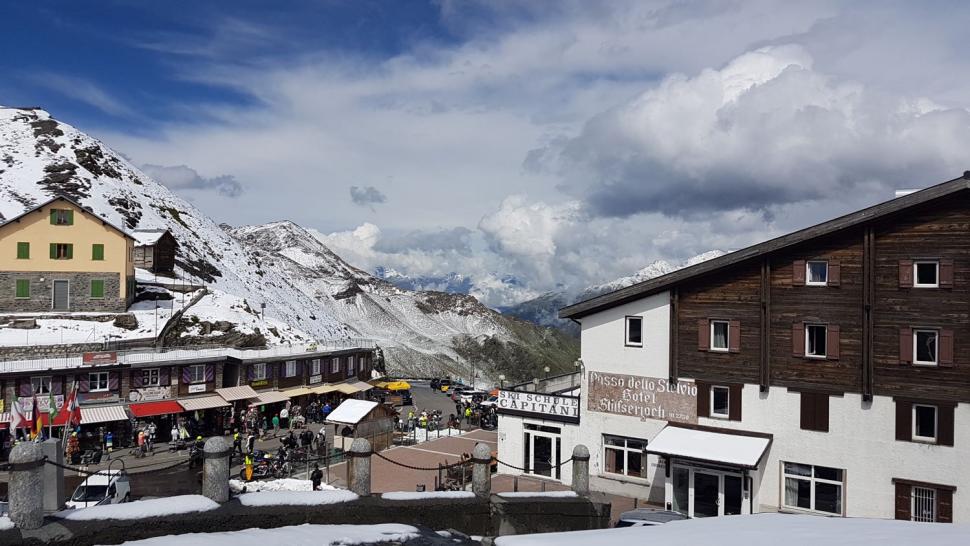 Oh, and it’s very busy up there, you’re not going to spend all that time riding or driving up Europe’s second highest road pass and not stop so everyone does if only to wander around in a daze wondering how they can get a picture of the view minus their immediate surroundings, that or boggling at the price of a bottle of water.

The top isn’t all bad though - for starters it's the top so all the climbing has finished* AND you can get a very good and reasonably priced pizza in the pizzeria up the steps from the Banco Populare, which also offers a supply of newspapers and magazines for you to stuff down your jersey for the ride back down. And you will need them.

10. Because it’s can get cold up at the top - so pack a jacket and maybe some knee warmers. There was snow on the ground even on the last day of June when we rode up and there was even more on the Swiss side which faces north. In fact Mother Nature celebrated our arrival at the top by laying on a passable impression of February** with a heavy snow shower too. Meanwhile a few bends down wild strawberries were ripening in the sun (I know that because Dave stopped and ate them on the way down).

*Some people ride back down and then do it again… yeah, insert eye-roll emoticon here.

**If the live webcam at top top of the Stelvio Pass is anything to go by actual February involves substantially more snow.

11. Disc brakes are a very good thing to have on your bike for riding down the Stelvio - particularly for the succession of tight hairpins at the top where, you may well need to hold a tight line either on the inside or outside of the bend and be prepared to change it suddenly should you encounter a motorbike or a Swiss bloke in an convertible Mustang coming the other way on the wrong side of the road. 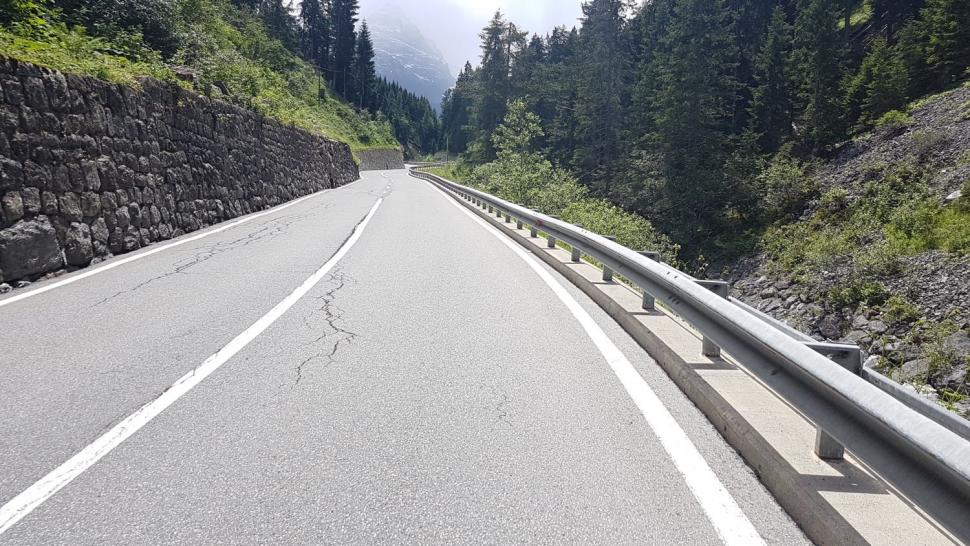 12. Contrary to what you might think the best bits of the descent – on the Italian side at least – are nearer the bottom as the distance between hairpins increases. In fact, the fastest bits are after you’ve left the hairpins behind… there’s still a lot of descending still to do. 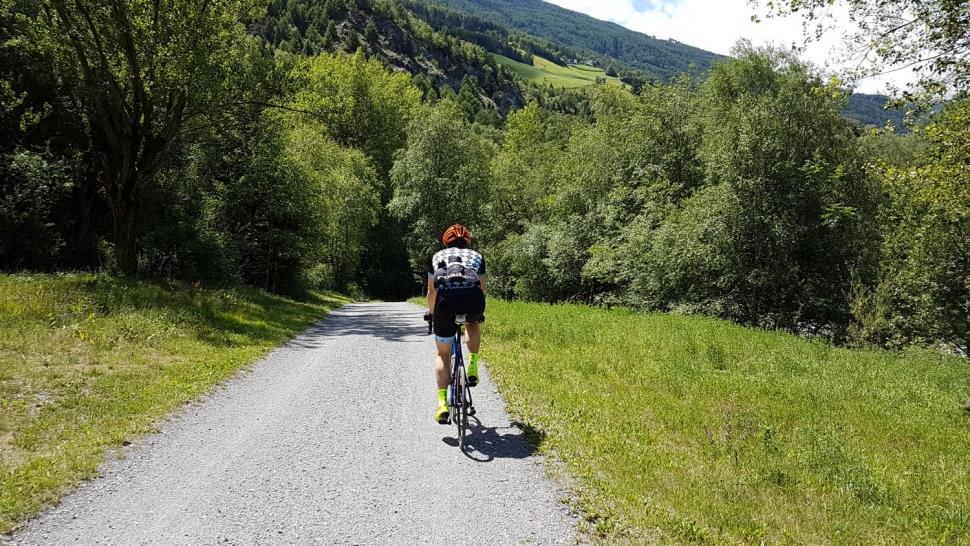 13. There are some great mostly traffic free routes along the valley leading to the Stelvio following the river - mainly gravel (check ‘em out in the gallery above), but totally doable on a road bike – well, we did ‘em on road bikes anyway. Riding the gravel roads was a lot of fun and the route goes right down the valley - so you could get a decent day’s ride out of just them. Or you try a different type of fun and hook the Gavia, Mortirolo, and Stelvio in to one ride - I bumped in to a young Canadian at the top of the Stelvio as he completed that fun triple; or as he called it, ‘my hardest day on the bike ever’.