The inaugural Colnago Owners’ Day, run in association with Le Col and held at the majestic Chavenage House in the Cotswolds, brought together one of the finest collections of Colnago road bikes past and present I have certainly ever seen.

A staggering collection of bikes spanning the decades serves as a reminder, if ever it were needed, that the Italian company has produced some of the most innovative road bikes that have been raced by some of the sports biggest superstars to multiple victories in the hardest races. 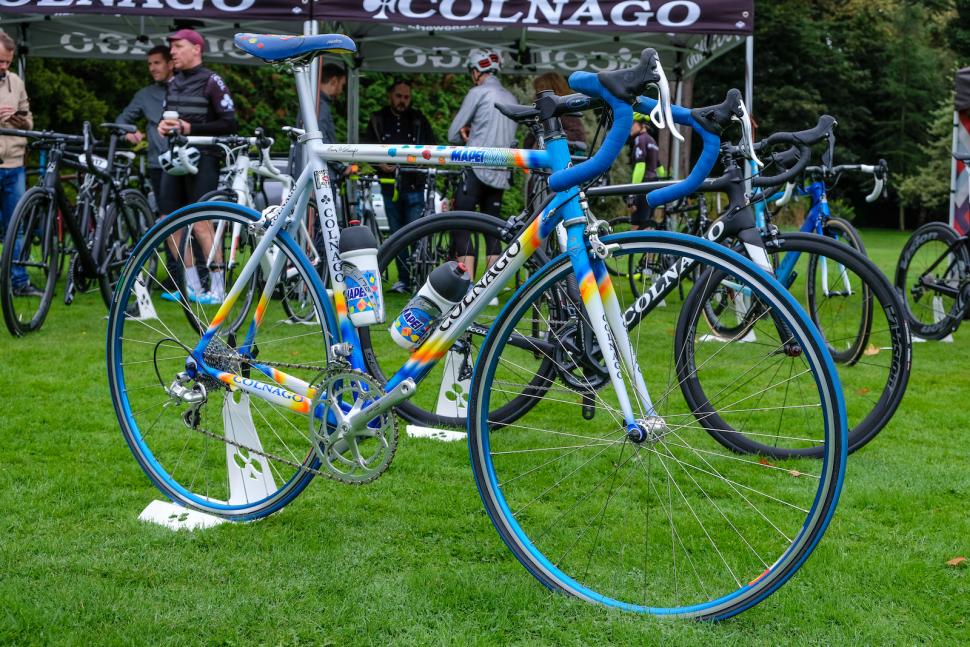 As well as offering a rare chance to admire a fine gathering of stylish Italian bikes, there was also a 40 mile sportive through the rolling Cotswolds countryside, on which I had the opportunity to test ride the brand new V2-r. You can read my first ride report on the site later this week, but in short, it proved to be fast, snappy and comfortable.

So there are 95 photos in the gallery above - have a browse and let us know which are your picks - and below we’ve highlighted a few standout bikes from the display of beautiful bikes. This Master 55 prototype was first produced in the mid-1980s, the DT15V steel frame was made and chromium plated in Italy and features the iconic star-shaped tubes. Lugs are chromed and the Precisa fork has a 1in steerer tube Colnago got into carbon fibre early. This is a 1992 Carbitubo. It combined aluminium lugs with carbon tubes and had a distinctive paired downtube. 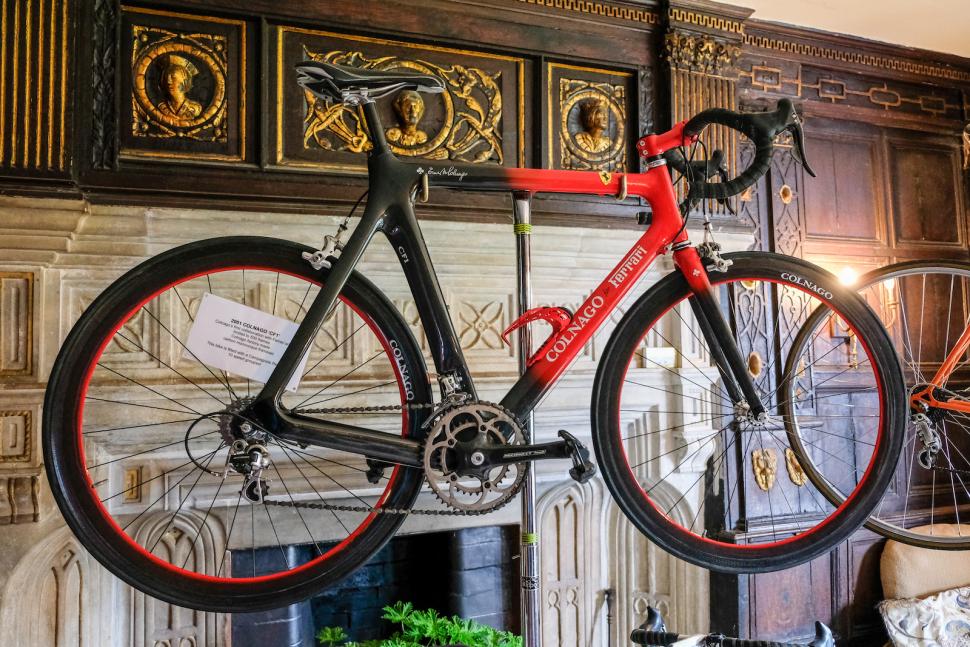 The CF1 produced in 2001 was a collaboration between Colnago and Ferrari, only 500 were made and this one wears a 10-speed Campagnolo Record groupset Let's go back a few decades... This is the Colnago Regal, frame number 20, from 1984. Built with the same lug set as the Arabesque but used Columbus Gilco tubing that was found on the Master. It’s built up with the 50th anniversary Campagnolo groupset 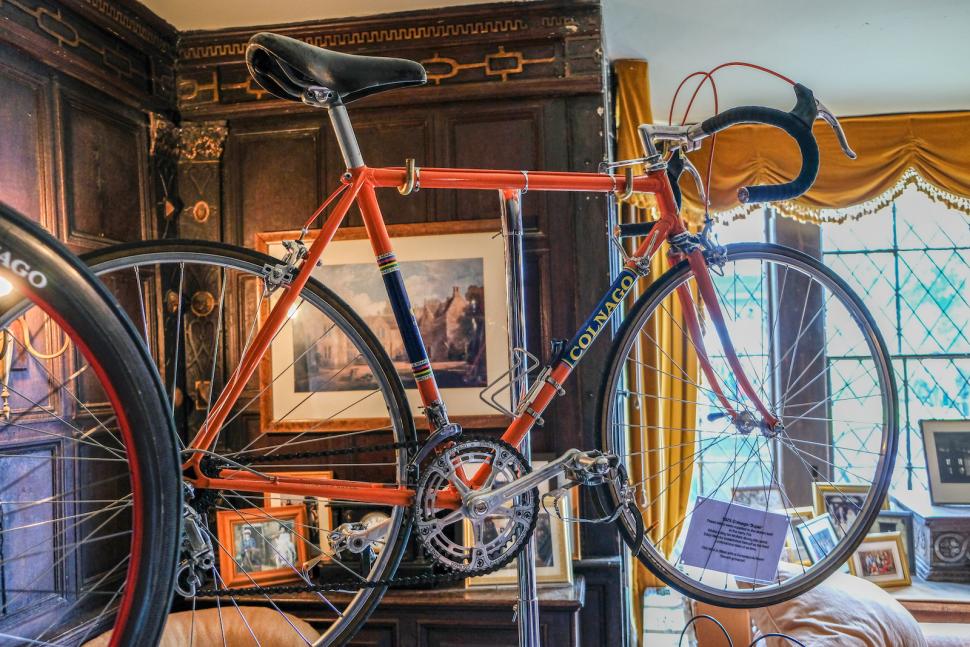 A lovely Colnago Super from 1971, this was the bike supplied to the Molteni team in the early 1970s and is here equipped with a Campagnolo Nuovo Record groupset. 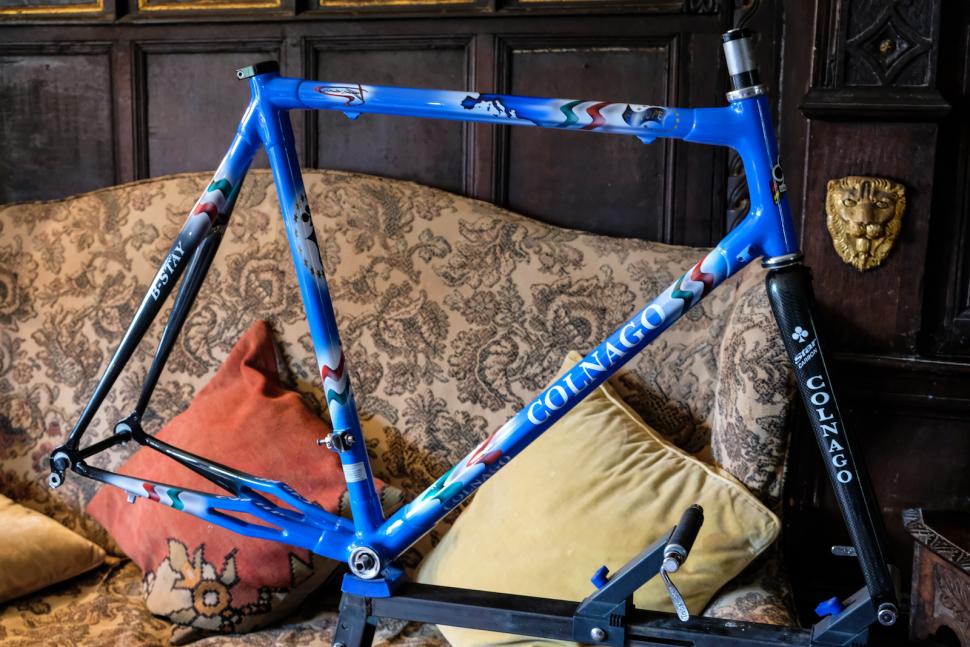 The legendary Colnago C40, the first carbon tube and lug frame made by the Italian company and introduced in 1993. The HP version here introduced chunkier stays to increase stiffness. The Mapei team helped cement the Colnago C40s place in cycling history, with countless victories in the biggest and most demanding cycle races. This is a mk3 C40 with wishbone B-stay seat stays and a Shimano Dura-Ace 8-speed. How good does old 8-speed Dura-Ace look compared to the latest R9100 series? 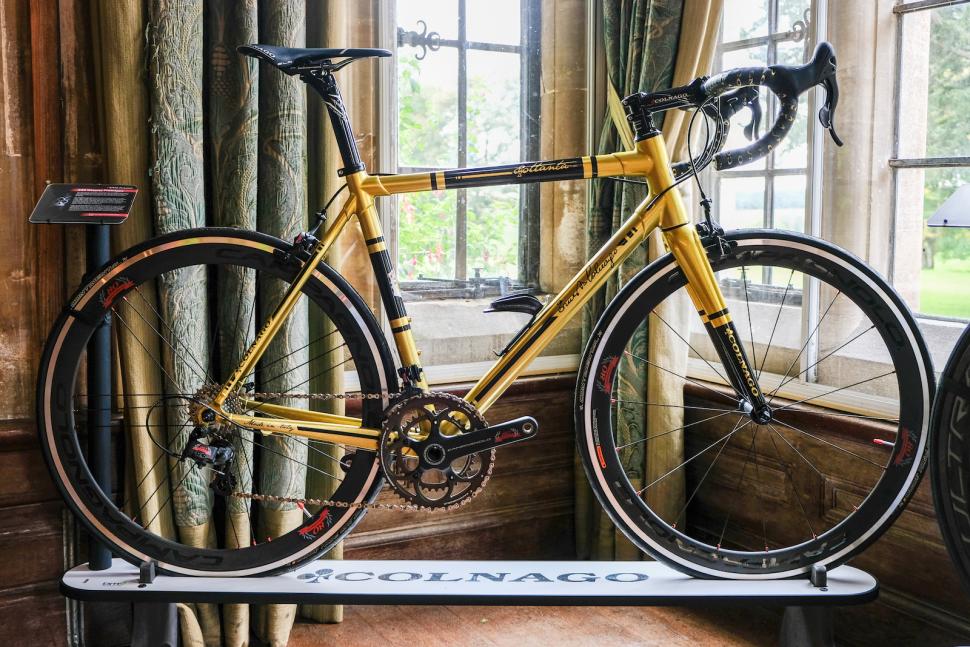 This C59 Ottanta prototype was created to celebrate Ernesto Colnago’s 80th birthday. A special gold metallic paint finish, it was signed by the man himself and presented as a gift to Colnagos UK importer, Windwave. It came out in 2014 and is built up with a Campagnolo 80th anniversary groupset. And no you can’t buy it The C60 Ottanta5 Ltd Edition was limited to just 85 bikes to celebrate Ernesto’s 85th birthday. While it’s a regular C60 underneath, the paint job is anything but standard. It’s a hand-painted silver metallic gloss finish with arabesque decorated lugs and a return of the first Colnago logo first used in 1954 when the company was founded. The usual Colnago logos are swapped for Ernesto's signature and Ottanta5 wording. Cost to you? £9,995.99. Possibly one of the most interesting bikes on display, and being ridden, was this Cristallo Jet, with a paint scheme created especially for sprinter Alessandro Petacchi, whose nickname was “Ale Jet.” The Cristallo was an all-carbon monocoque frame weighing 1,100g, compared to the tube-and-lug construction of the C50 that was being produced at the same time. The Cristallo marked the growing reliance on Far East carbon manufacturing facilities and skill. Modern paint jobs are so boring compared to this. 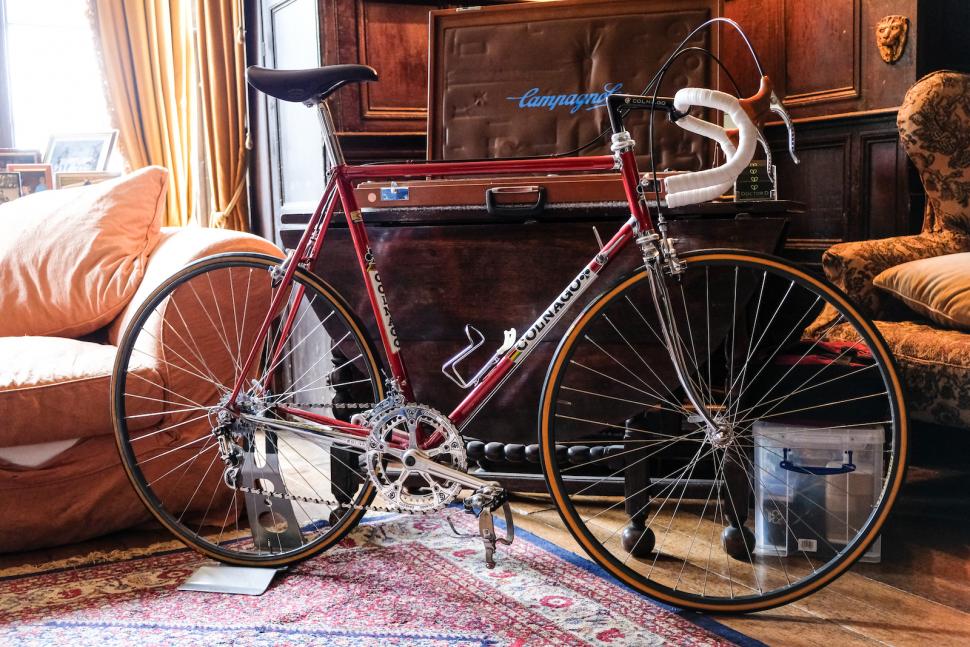 Everywhere you turned at the event there was another stunning classic bike. Onto something more modern, the C60 is the latest version of the bike that traces its roots back to the C40, and this bright orange colour option has just been added to the range. What do you think? And the newest bike on display was the V2-r, the successor to the V1-r launched a couple of years ago, and the company's first foray into the aero road bike market. You can read my first ride review of this bike later this week.