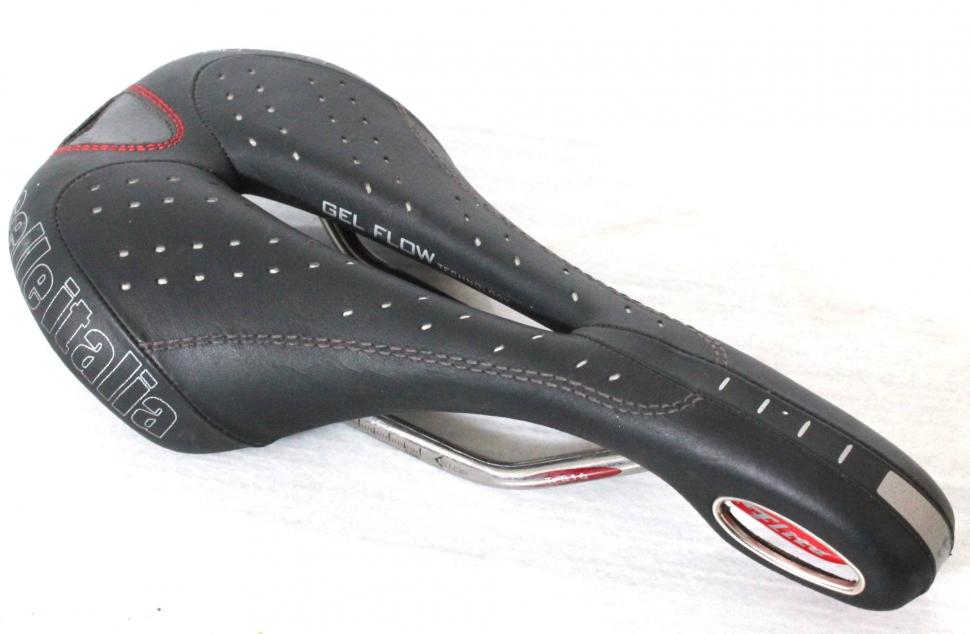 Selle Italia’s Flite has been a super-popular saddle since it was introduced 27 years ago, and although technology has come on a long way since then, it remains a favourite with performance-minded cyclists today.

Selle Italia has a history that stretches back to 1897 when it was begun in Corsico, near Milan, but it wasn’t until nearly a century later, in 1990, that the Flite came on the scene. It was an immediate success.

Selle Italia says that the Flite was in many ways the precursor of the very lightweight saddles that we see in its range today in that it weighed less than 200g and had a slim profile that reduced friction considerably. Both of those factors made it an attractive proposition.

The Flite (2017 range prices start at £94.99) might not look particularly slender compared to many modern saddles but, measuring 146mm x 280mm, it certainly was by the standards of the early 1990s. 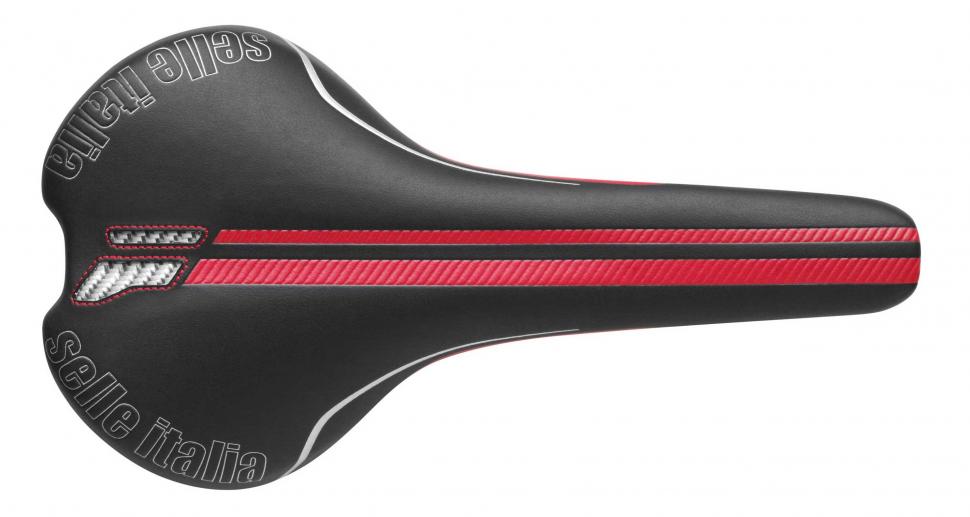 You could argue that Selle Italia’s Turbo saddle, introduced a decade earlier, is worthy of ‘classic’ status… and you’d be right. Selle Italia calls that model, ridden by Tour de France great Bernard Hinault and many other professionals of his era, “the first completely anatomic saddle” because of its radical (for the time) new shape and padding.

The Turbo definitely led the way for the Flite but, although it is still available, its now seen as a retro design whereas the Flite continues to hold its own.

Check out our guide to high-performance saddles here.

The Flite’s best feature is its shape: narrow but not so narrow that support is compromised in the middle and rear sections (a modern version measures 145mm x 275mm compared to a Selle Italia SLR saddle that’s 131mm x 275mm), slim enough across the nose that it doesn’t get in the way of smooth pedalling, and with deep sides that don’t chafe. It’s also fairly flat from front to rear, allowing you a degree of fore/aft movement to relieve aching muscles while still remaining comfortable, and it offers a degree of padding but not so much that it ever feels squishy.

Of course, saddle comfort is famously – notoriously – a matter of individual anatomy and taste. What one rider finds comfortable can be torture for another. However, the Flite has proved hugely popular over the years. The Flite design hasn’t stood still by any means. Selle Italia added silicone gel inserts in 1991 to help absorb vibration and introduced titanium rails as an option the following year to lower the weight and increase strength.

Since 2003 you’ve been able to buy Flites with Selle Italia’s Kit Carbonio rails (from £169.99) made from a vanadium-titanium tube wrapped in braided carbon fibre and most options come with Fibra-Tek microfibre covers these days. There’s a Flow model (£119.99) with an opening in the middle for more shell flexibility and to relieve perineal pressure and you can even buy a SuperFlow model (£159.99) with a huge central pressure-relief cut out.

The range was given a major update in 2013 but the modern Flites are still slim and supportive without too much padding, and they remain reasonably lightweight even by modern standards. If you want to stick with a classic style, that’s open to you with the Flite 1990 (£94.99) that features titanium rails and a leather cover.