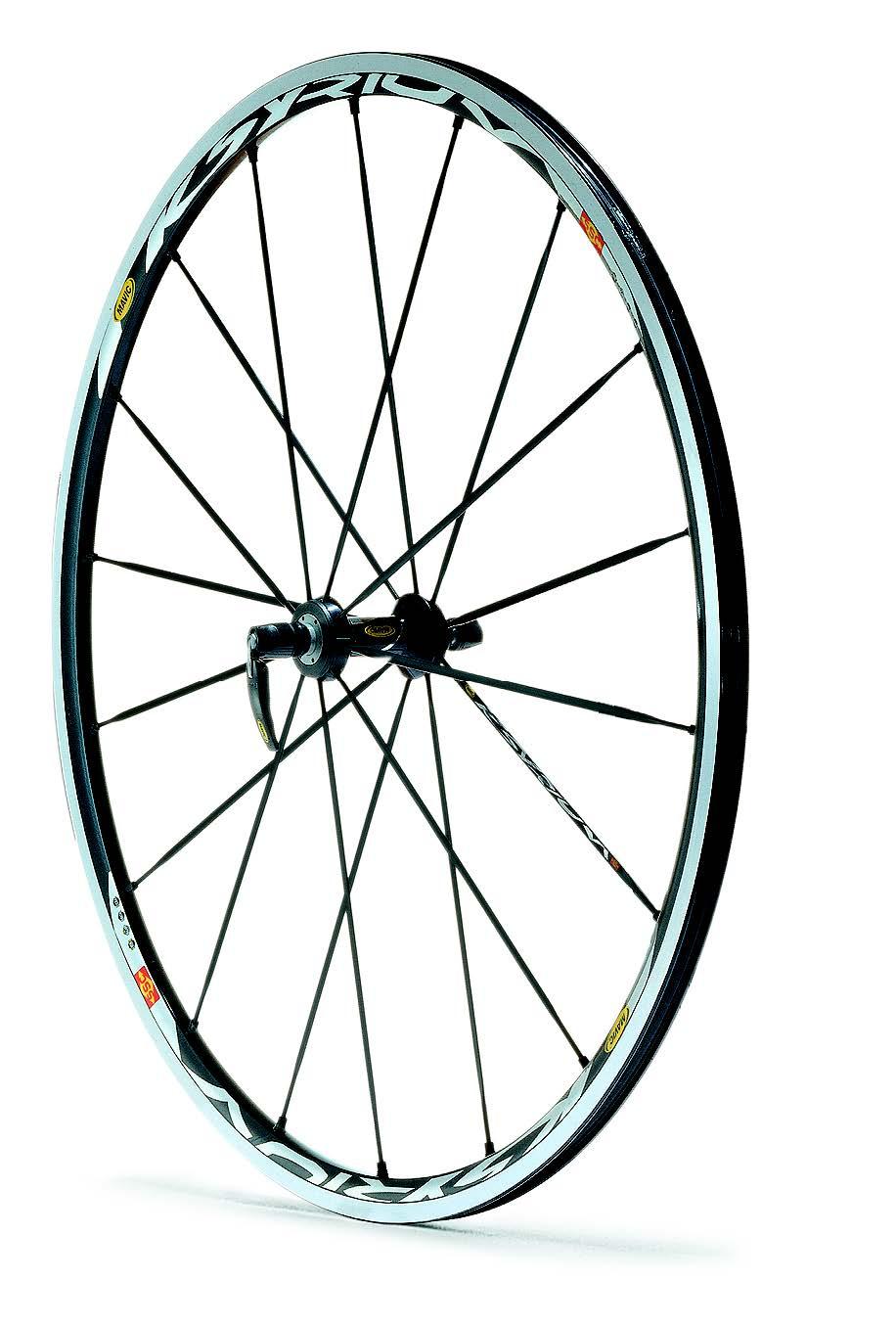 How Mavic’s Ksyrium wheelset changed everything
by David Arthur @davearthur

French company Mavic, as famous for its yellow Tour de France neutral service cars as it is for its wheels, is largely responsible for the transition from handbuilt to factory built wheels.

Mavic’s first foray into complete wheel systems was the Cosmic in 1994, but it was the Helium in 1996 that really set the cat amongst the pigeons, the first commercially successful factory built wheelset. It would lead to the introduction of the Ksyrium in 1999, a benchmark wheel, and transform Mavic’s fortunes from a supplier of parts to a big player in the wheel market.

Today the majority of new bikes sold come fitted with factory built wheels, but up until the late 90s most racing and amateur cyclists were using wheels built by hand from separate hubs, spokes and rims, each chosen for their performance attributes or for budgetary reasons. “Mavic was the rim that everyone wanted,” says Sean Kelly who won the 1984 Paris-Roubaix on Mavic rims.

Mavic was the first big company to enter the pre-built wheel market, and its anodised red Heliums changed everything.

The Helium planted the seed of change for the homogenous wheel market. It’s the Helium that is remembered as the wheelset that changed the perception of a wheel built by a machine and not a skilled wheel builder. The red hubs and single red spoke didn’t do any harm either, ensuring they were easily recognisable in the peloton.

The Helium was pitched as a climbing wheelset. At 1,650g they were light for the day, though that’s a figure that looks average compared to today’s wheels. The wheels had 26/28 spokes (front/rear) and they were straight pull which removed the spoke elbow, a common weak point in a spoke.

The low weight and race success and the flash of red at a time when all rims and hubs were silver helped the Helium to be a commercial success for Mavic. The Helium really was a gamechanger, and paved the way for the Ksyrium a few years later.

The introduction of the Ksyrium

The Helium was a hit.  While the Helium laid the foundations, the Ksyrium, launched in 1999, really was the final nail in the coffin for handbuilt wheels at the top level of the sport and the original equipment market. 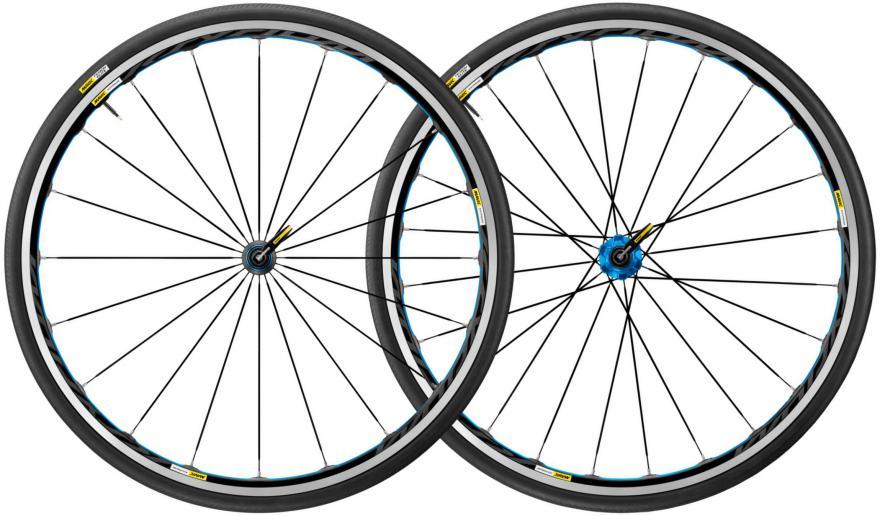 While the Helium was undoubtedly a good wheelset, it could be improved upon and so Mavic developed the Ksyrium to take the concept to another level of performance and reliability. In doing so produced a radical new wheel design.

The Ksyrium utilised oversized Maxtal hubs and fat Zircal bladed spokes that threaded directly into new aluminium rims, a process Mavic called Fore technology. This meant no more rim piercing, no need for rim tape and fewer spokes could be used for a lighter wheel, whilst improving lateral stiffness.

Building a complete wheel system, the rim, spokes and hubs, allowed Mavic to engineer each component to work in perfect harmony. It no longer had to ensure the rims and hubs it was producing at the time were compatible with other rims and spokes. 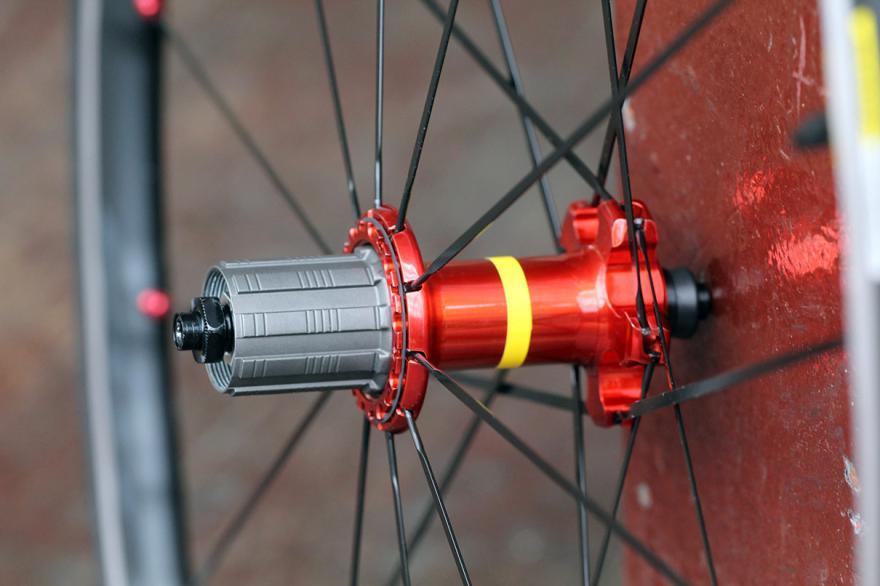 “The main aspect was the mind-free approach and the introduction of an “easy” way to improve a bike's performance,” explains Mavic’s Michel Lethenet when asked about the development of pre-built wheels.

“The Ksyrium had been thought of as a global concept, not just an assembly of spare parts. Each part was designed and optimised depending on its role and interface with other parts. This complete approach enabled Mavic to push the boundaries of wheelset building and design. It brought a combination of performance, lightweight, distinctive design, reliability, serviceability... Suddenly an aluminium wheelset was beating the old steel spoked wheels with a modern approach,” he adds.

The result was a far superior wheelset. The Ksyrium gained instant success in professional races, the perfect advertising for a new product. Mavic had developed its first complete wheelset in 1995 and by the introduction of the Ksyrium in 1999 it had set in place a permanent change from handbuilt to pre-built wheels.

“It moved Mavic from a spare part supplier to a bigger player in the cycling industry,” offers Michel Lethenet. “It [the Ksyrium] pushed a step further the revolution started in 1994 with the Cosmic of a complete wheelset featuring integrated parts and bringing live a brilliant piece of R&D. The performance was suddenly not only reserved for pro cyclist but to anyone. You could buy the very same product the top athlete use.” 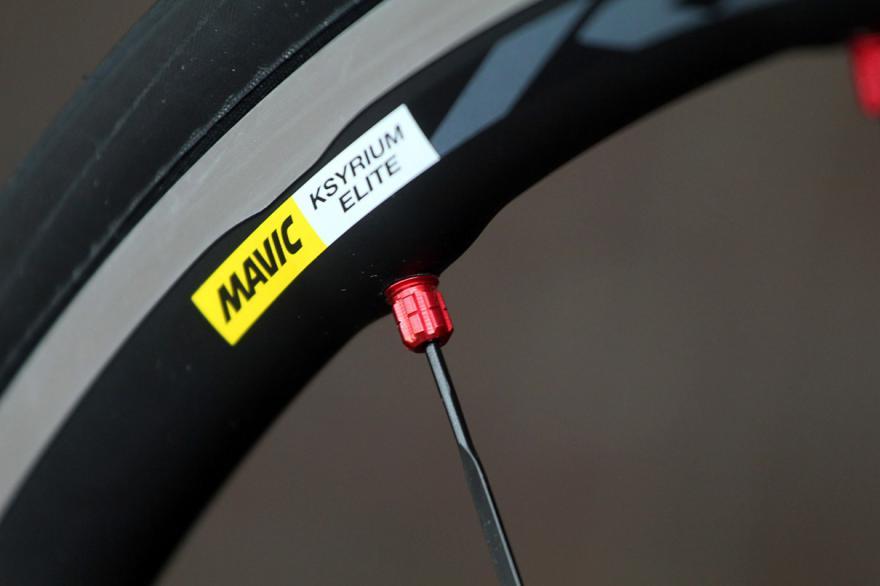 So successful was the introduction of the Ksyrium that it has since become its own range of wheels. It added more affordable models and lighter and stiffer options at the top of the range, seeking to cater for the full spectrum of road cyclists, professional racers and enthusiasts alike. To this day the Ksyrium, in its many current guises, continues to be a benchmark wheel.

The Ksyrium range currently consists of  25 wheelsets priced from £365 to £1,848 and includes aluminium and carbon fibre rim options and disc brake versions too. The Ksyrium wheelset is tagged with the endurance label, wheels that are designed to provide good all-round performance where weight, stiffness, durability and handling are important characteristics.

Mavic continues to develop the Ksyrium to meet the constantly changing trends and technologies in the road cycling market. And the next development is embracing the growing appetite for tubeless tyres.

“We are now pushing a step further by integrating the tubeless concept on these respected wheelsets,” explains Michel Lethenet.

“With 18 years of experience on the MTB side, it’s now time to move forward and benefit from the tubeless advantages on the road side too: lower rolling resistance, lower risk of flats, better grip. Road UST is the next evolution for a better riding experience. Thus it has to be properly integrated: precise rim diameter matching precise tyre diameter, specific internal rim profile to secure tyre beads lock and easy inflation, mastered bead stiffness to ease up mounting and dismount even with levers but preventing any tyre blowing off,” he adds.

So Mavic’s Ksyrium wheels have gradually evolved since 1999, building up a reputation for combining lightweight with loads of strength. The wheels have gotten lighter, wider and are now available in carbon fibre. And they continue to be popular wheelsets with all levels of cyclists.

You can view the full range here.