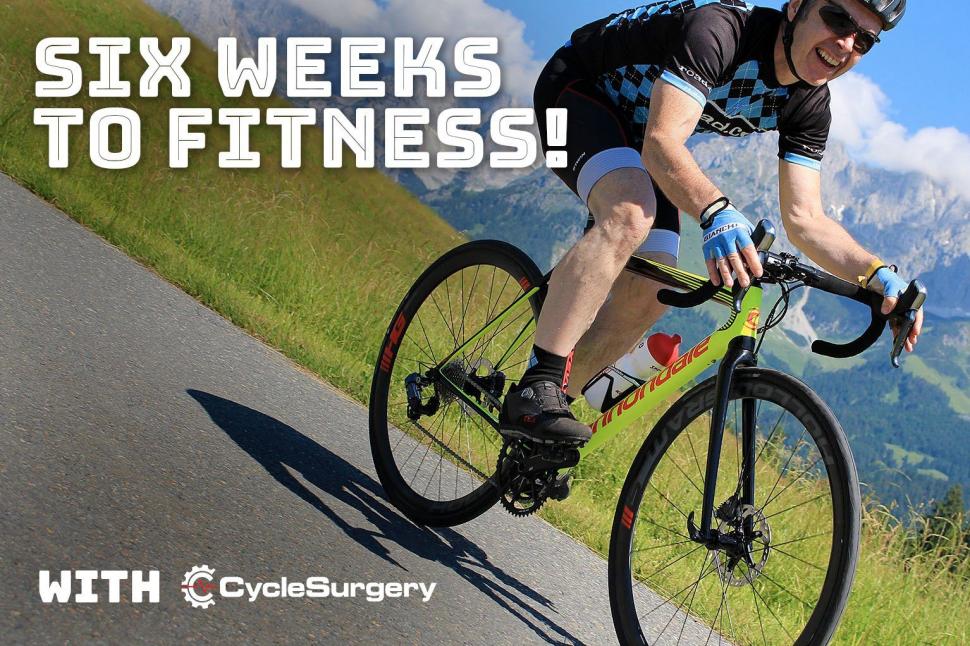 We're into the third week of our Six Weeks to Fitness plan that we're bringing you in partnership with Cycle Surgery. We've asked the training experts at Trainsharp to put together a plan to kickstart your year. You can start it at any time, but if you began when we did then it's time to go a little bit deeper with some threshold work.

How did our guinea pigs get on?

We put a call out for eager road.cc readers to follow the plan, and plenty of you responded. We'll be keeping tabs on how people are progressing throughout the six weeks. Here are two riders' thoughts on the week two...

In past I've been a strong cyclist but at the moment I work 52 hours a week. I'm really fed up with my current unfit state, and my dream for 2017 is to ride Torino-Nice. It sounds like a long shot, but I believe that if I give my best in next 7 months it is possible. I have to dream big!

Goran Huljenic: The optional session 3 was the one I was really looking forward to. I drove for 2 hours to more suitable place on map, where there are actual hills! The day was promising, as it was very first day of week that sun timidly shined for a moment and the wind was lighter. But, as I got dressed and the bike was ready there was the first shower of the day and the wind picked up. Some more showers latter and I was at the place where I wanted to do hill intervals. I did 2 of 3 intervals, but I noticed that I wasn’t really fit for third. After intervals there was still 30 km of hilly unknown road, it was getting dark and the rain was at it again. This 30 km turned out to be a a real adventure! I encountered some of the local wildlife on roads, it snowed, the temperature dropped to -1°C and all of the descents were on forest roads (though asphalted) in complete darkness. I was so happy to ride hills again, to climb and to descend.
https://connect.garmin.com/modern/activity/1590268154

I'm a school teacher in London. I have an 18 mile round commute, which I do by bike every day. I got into time trials and 4th Cat races last year, and I plan to build on that in 2017. I have a bunch of events planned in Spring, and hopefully those, coupled with this plan, will set me up for a summer of racing.

Junaid Ibrahim: The main reason I got involved is that although I do a lot of miles, I don't really have any structure. I have a number of TT's coming up, so hoping this program will help towards these.

The first session this week was an eye opener, I found it tough keeping at the 95-100 Cadence while holding down my Zone, while bopping in my seat! I did feel a slight strain behind the knee, probably from not doing those cadences often, but pulled through. Tough session that, more so because I did it on live roads and it's been so windy in the UK lately!

Again, session 2 was done outdoors. I planned it so Zone 1 was heading out with a tailwind, and the Zone 3 part heading back into the wind. Staying in Zone 1 is tough, I've never ridden so slowly. I'm Looking forward to next week's sessions, though it's going to be tough finding a stretch of road to maintain Zone 4/5! It's time to up the intensity a bit. The two sessions this week focus on working at or just below your threshold intensity. Threshold is, nominally, the effort you can sustain for an hour, but unless you live at the bottom of an alpine climb or you're keen on participating in 25-mile time trials it's unlikely you'll get the opportunity to work at that effort for that long.

If you imagine your threshold power as a moveable point – and it certainly is that – you can affect it by either pushing it from below or pulling it from above. So working at an intensity just below your threshold can help to push it up a bit, and going just into the red can pull it up too.

This first session is designed to be a manageable introduction to threshold training: work at an intensity just below threshold for two 12-minute intervals with a reasonably long recovery between them. Make sure you have enough water, and if you're training indoors be sure that you've got your fan on: you'll get hot doing this!

The second session is designed as a road ride, but if you're pushed for time (or just prefer to train indoors) you can do it as an indoor interval session and cut the warm-up and recovery down. The idea is the same as the first session, but there's three intervals instead of two and they're longer, at 15 minutes each. It's still designed to be a manageable workout though, that shouldn't send you too far into the red. Consistency of effort is a key theme over both these sessions: that's easier to achieve on a static trainer, but if you're working outdoors make sure you don't ease off too much on the downhill bits, or surge on the climbs.

This one's a harder session moving further into effort that's over your threshold intensity. There's a 15-minute endurance interval to begin with, then the four 5-minute intervals have an increasing amount of time spent in Zone 5, above your threshold, then moving back to Zone 3. This over-then-under type of effort is very good for increasing your ability to ride at threshold, and also to recover while still working quite hard. Even if your road bike won't take full mudguards you can still fit these Raceblades to keep the worst of the weather off. Read the review on road.cc 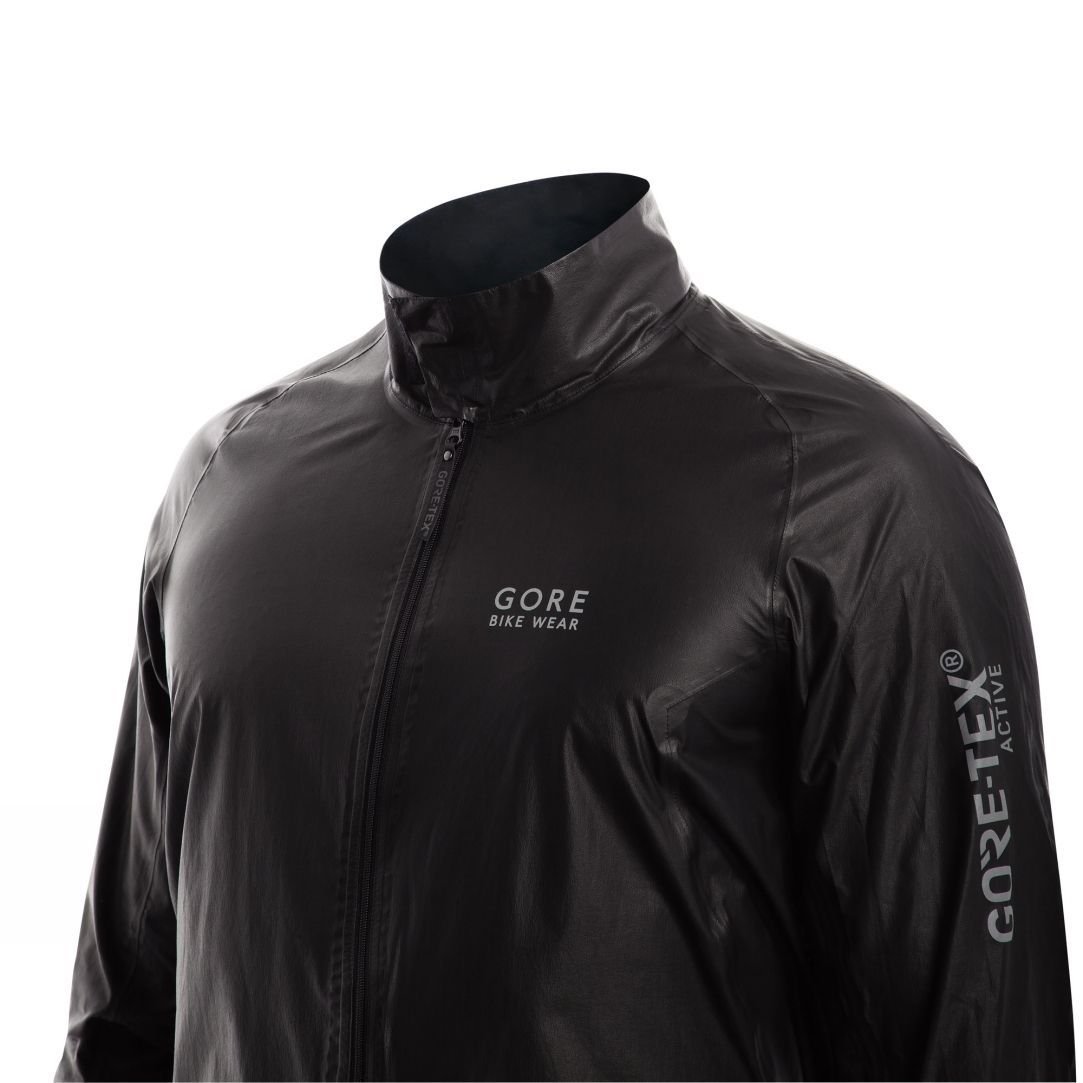 Expensive but so, so good: the new Gore One jackets are the benchmark for on-bike performance. Read the review on road.cc 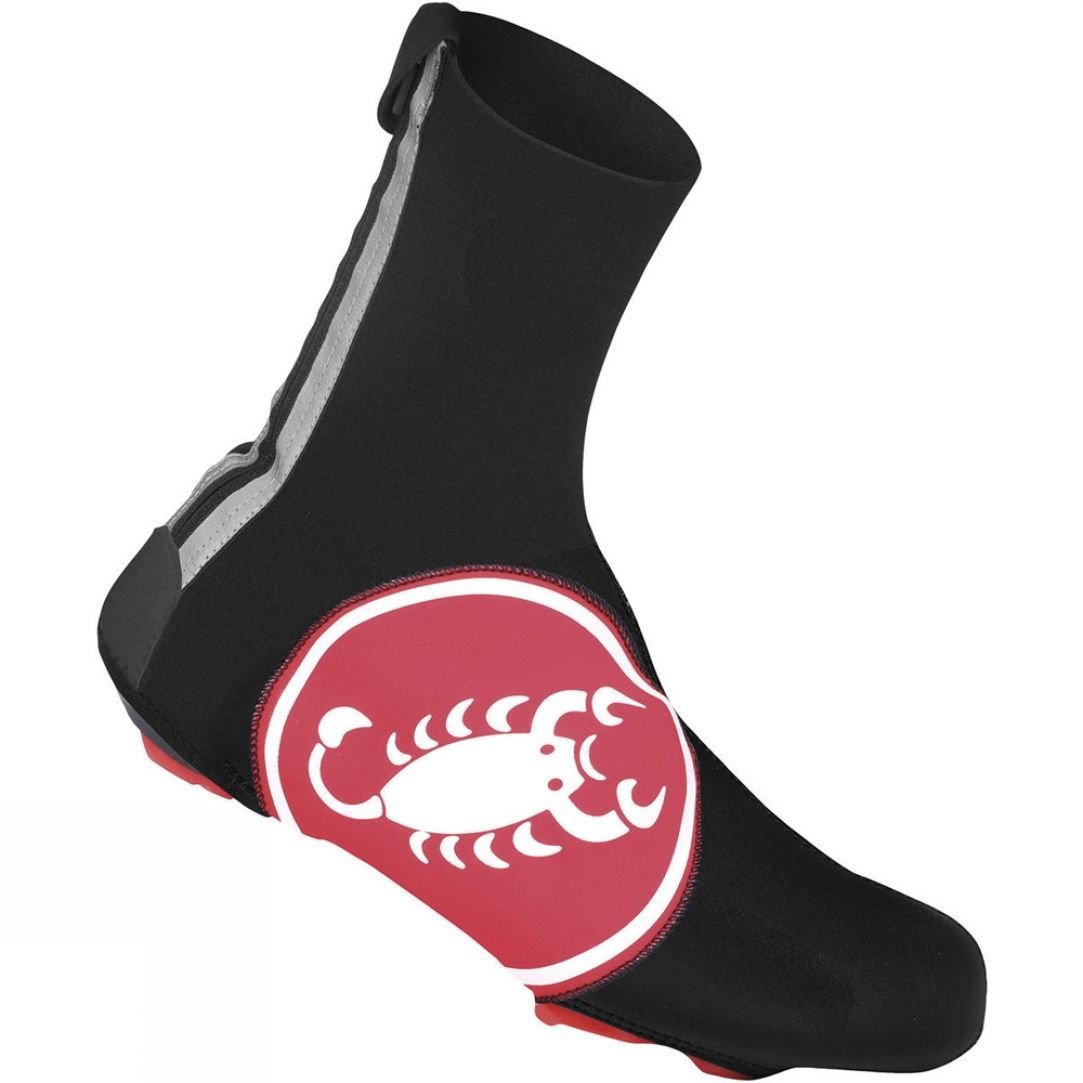 Well-made neoprene overshoe for keeping your feet warm and your shoes clean. Read the review on road.cc Great for all-weather road riding and really comfy. Read the review on road.cc

Let's face it: indoor training isn't for everyone. For a start, you might not have an indoor trainer. Or you might have tried going down that route for your training and discovered it's not really your thing. You wouldn't be the first.

So that means taking your training outside. Getting into your training generally coincides with some interesting weather: it's the new year, you want to get fit for the Summer and you need to get the miles in. Make sure you're prepared: that means having the right kit, and making sure your bike is working well in spite of the conditions.

There's so many clothing options out there these days that it's hard to condense everything down into a few helpful tips. But essentially you need to make sure you're comfortable: if it's cold you don't want to freeze, and if it's a downpour you don't want to get soaked. And then freeze. If you're not sure you'll be comfortable on the bike, you're more likely to skip a session.

The first line of defence against the rain is mudguards for your bike. If you can fit them, they're the thing that'll make the most difference to your comfort on a wet ride, preventing your wheels from flinging dirty water at your backside, feet and face. After that, make sure you've got a jacket that's capable of dealing with both the water coming in – the rain – and the water going out – your sweat. Waterproof and breathable are often two opposing goals, but a quality jacket will keep you dry by letting steam escape while shrugging off the rain.

If it's cold it's your extremities that will suffer first. Make sure you have good quality gloves, and consider investing in some overshoes too. Neoprene ones tend to be the best: they won't necessarily be waterproof but they're windproof and insulate well, and they'll also keep your shoes clean.

Your bike will need a bit of extra love through the winter, especially if it's been cold enough for the gritters to be out on the road. Salt is your drivetrain's biggest enemy: make sure you rinse the moving parts down after a ride and give them a squirt of water-dispersing spray before it goes back in the shed to guard against rusting. Make sure your chain gets a bit of lube before the next ride. Water and salt can work their way into the cables too: If you start to notice that shifts aren't as crisp as usual, then it might be time to look at changing your cables or at least lubricating them in situ.

See you next week!

Next week we'll be moving on to the fourth set of sessions: it's more threshold work, but this time a bit harder. We'll bet you can't wait.