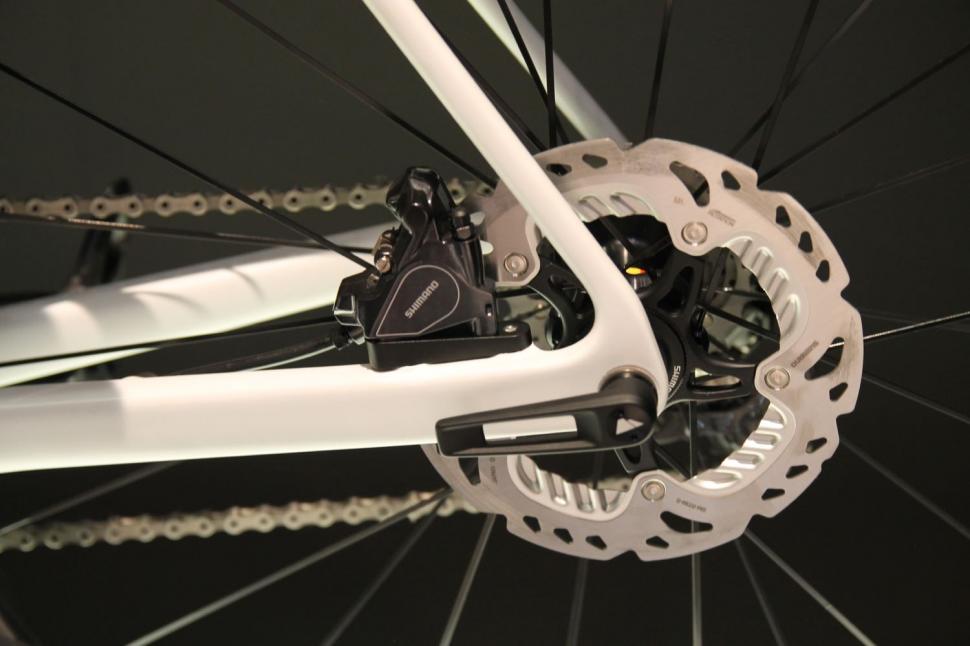 Discs brakes: are we heading towards a road bike 'standard'?

There are loads of different specifications out there for road bike disc brakes; will we ever reach a consensus?
by Mat Brett

Could we be making our way gradually towards a single accepted disc brake standard for road bikes, at least as far as racing is concerned?

Okay, the short answer might be: no, this is the bike world we’re talking about and nothing is ever that easy. But, that said, there is a definite trend going on right now.

At the moment the road bike world is split between 140mm and 160mm rotors and between the Shimano-designed flat mount system for attaching the brake calliper to the frame and fork – which could eventually take over completely – and the older post mount system. Then you have frames, forks and wheels that take quick release skewers and those that are thru-axle, and different axle size options… 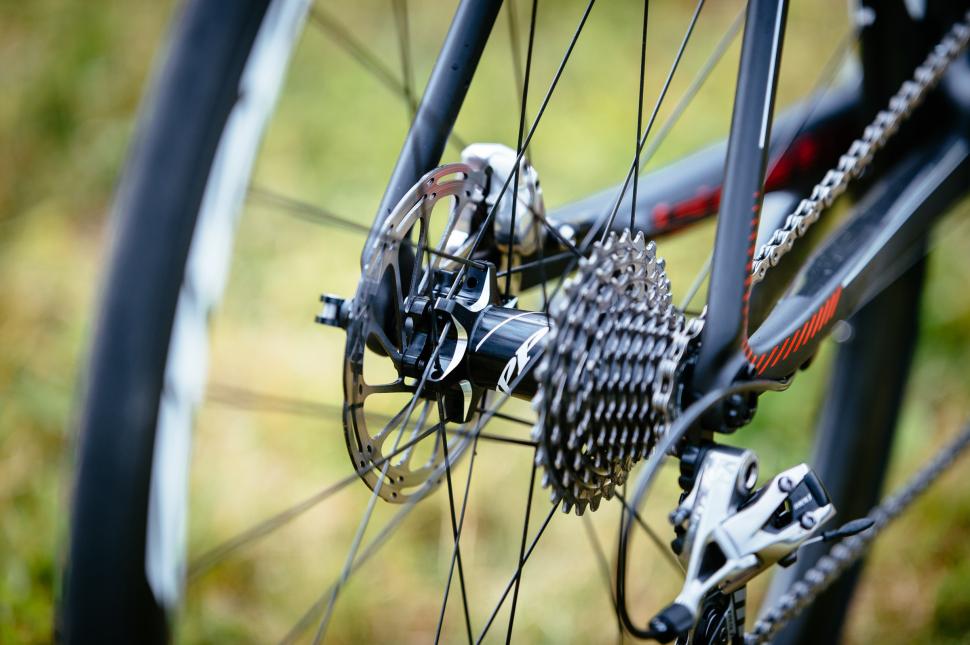 On top of all that, you have disc brakes that are cable operated and ones that are hydraulic, and different hydraulic brakes take different kinds of fluid…

To be honest, we’re all over the place.

Check out Everything You Need To Know About Disc Brakes. 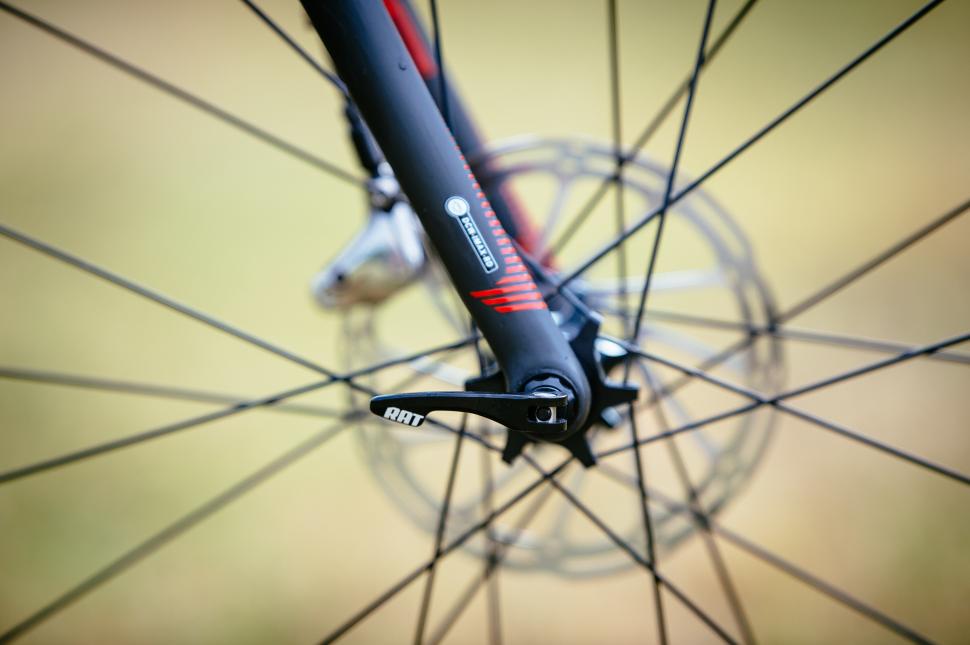 But one area where the proliferation of designs could be a real problem, though, is in racing.

As you probably know, the UCI permitted the use of disc brakes in the pro peloton for the first time towards the end of 2015, and 2016 is serving as a season-long trial for disc brakes. Unless there are any real disasters, disc brakes will become fully sanctioned for road racing in 2017. 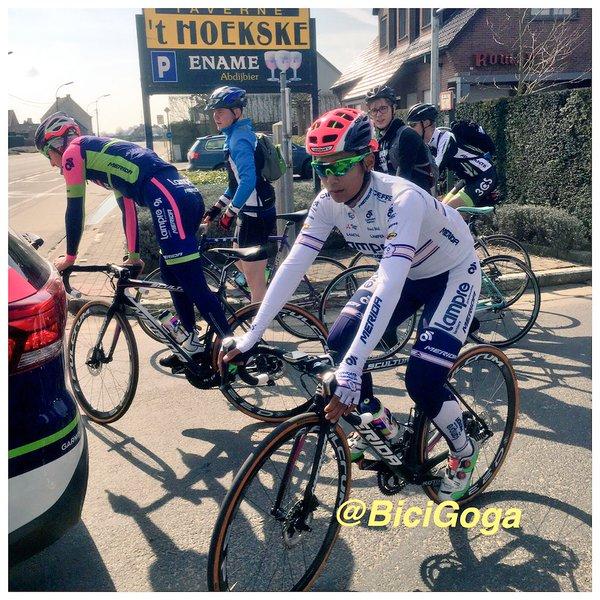 Team Lampre-Merida is on record as saying that it will use disc-brake equipped bikes for the Tour of Flanders (3 April) and Paris-Roubaix (10 April), and we showed you a photograph yesterday of members of the squad riding a new Merida Scultura Disc ahead of the Flanders race.

People have speculated that other teams might ride disc-equipped bikes too, several having been recently added to the UCI’s List of Approved Models of Frames and Forks.

Whether or not this happens remains to be seen. Indications are that disc brake take-up is likely to be very low, but what if disc brakes do become an integral part of the road racing scene? One issue is neutral race support – the guys who hand out spare wheels and bikes (and provide other services) to riders who need them during races when a team car can’t get on the scene quickly enough. How can they provide suitable wheels when everyone is on different setups? Yves Mori, the Communication and Bicycle Manager at the World Federation of the Sporting Goods Industry (WFSGI), told us that the UCI, in collaboration with the WFSGI and the five brands that provide neutral race support (Mavic, Shimano, SRAM, FSA and Vittoria), has agreed this procedure (these are direct quotes from Yves Mori):

1. There will be no fixed [disc brake] standard set which must be followed by all teams (at least not at this stage).

2. The five neutral race support providers discuss their experiences after every season and decide which standard they are going to provide in the upcoming season.

3. The neutral race support providers agreed to only provide one common agreed specification during a full racing season.

4. In the meeting in October 2015 the group agreed with the UCI to provide in the full racing season 2016, thru-axle system with 12mm diameter and 160mm rotor.

“Since this is the agreed specification, the UCI is asking the teams now to use this specification in races so that they can get the support from neutral race support,” said Yves Mori. In short, the UCI is encouraging any teams that want to use disc brakes to go with 160mm rotors (front and rear) and 12mm thru-axles this season so that they can benefit from neutral race support. A decision will be made in October 2016 as to whether the neutral race support standards for 2017 will remain the same. You’d imagine there would have to be a pretty strong argument to justify making a switch after a year, teams having just got used to one setup.

We’ve also had wheel brands tell us off the record that they feel there’s a need for a standardised rotor position on the hub so any wheel will slot straight into any bike without any adjustment required.

Is this relevant to everyone else, though? Does what happens in the pro peloton affect the rest of us?

Well, it does. As well as reflecting what the manufacturers are doing, the pro peloton has an influence on the market.

First, a lot of people make their buying decisions, whether they admit it or not, on the bikes the pros ride. That’s the basis upon which sponsorship is founded. If it didn’t work, the bike brands could save themselves a helluva lot of money by not supporting pro teams. Second, a bike brand deciding which axle type to spec, for example, is bound to be influenced to some degree by what’s accepted at the top level of the sport. If all the big guys providing neutral race support are backing one horse, it would be a brave (or foolish) punt to go for something entirely different. Why take the risk? No one wants to be the Betamax Bicycle Company.

Judging by the new bikes we’re seeing, 12mm/160mm is very much the direction in which the market is moving. We needn’t expect a complete standardisation of road bike disc brakes any time soon but maybe things are starting to become a bit clearer.