From Michal Kwiatkowski to Dani King, here are some professional cyclists to follow on the social training website
by David Arthur @davearthur

Strava may divide opinion among cyclists, but one area where its appeal can't be ignored is the ability to follow any professional cyclists that choose to share their training rides and races to the training website.

This has given as a level of transparency into the life of a pro cyclist that previously we could only dream about. Now it's easy to see just how much training a pro fits in every week, how fast they are - and how much faster than you they are. Which is humbling but also inspiring, and can act as a great motivator. 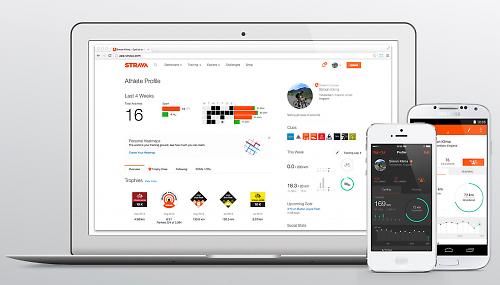 There aren’t that many pros on Strava, we can only imagine most are too busy to get involved, or they just prefer not to share their activity data. Only a handful of teams actually use devices that are compatible with Strava too. That said, there are still quite a few if you have a look, which is exactly what we've done.

Here then are 11 well-known pros, we've tried to keep the list to those professionals who are active users of Strava. Just click on the heading to go to their Strava profile.

The Dutch pro is probably one of the most well known cyclists on Strava. He's a regular, uploading just about all his rides, training and racing, to Strava, providing a very complete picture of just how much riding a professional cyclist does. And not only the volume of riding, but also the speeds and distances involved.

The young Polish cyclist clinched the world road race championships last year, and promptly uploaded his activity to Strava, making it probably the first time a world championship ride has been shared like this before. He's a good one to follow as he uploads all his rides to the website, and he's a talented chap that is likely to win a few races this year.

My one obsession is high speed on the descent. Which is yours? #LiveYours #TeamOakley

A photo posted by Michał Kwiatkowski (@michalkwiatek) on

Often hailed as the poster boy for Strava, the US pro on the Cannondale-Garmin squad has been an active Strava user for a few years and is a good one to follow, because not only does he share racing data, but also training rides. In his 10th year as a professional cyclist and by all accounts is still enjoying it.

His victory at Paris-Roubaix in 2014 earned Niki the title of the most ever kudos on Strava, so is certainly worth adding to your list of followed athletes. Narrowly missed out on a win at the recent Omloop Het Nieuwsblad to Ian Stannard.

As well as uploading most of his rides and races, Keisse also uses Instagram (Strava can pull in Instagram photos into an activity if you allow it), providing a insight into his life as a professional racing cyclist

Not as regular as some Strava users, but still uploads most of his races to Strava. Including the recent Kurne-Brussels-Kurne semi classic recently.

Another regular, and also another who uses Instagram on a fairly frequent basis, and has the photo sharing website synced to his Strava profile, so provides more than just a huge bulk of training and racing data. 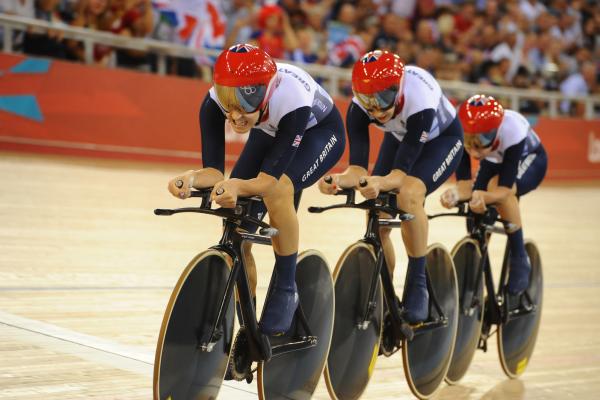 Olympic Champion and rider with the Wiggle-Honda squad, Dani King is another Strava users, and one of the few women professionals signed up to it. She's a frequent Strava user, though there's a period of inactivity through November and December after spending almost a fortnight being treated for the collapsed lung and five broken ribs she sustained during a training crash.

Follow the Frenchman riding with the FDJ team, who was named the most aggressive rider during the 2012 Tour de France for making a habit of getting into breaks.

The young French cyclist who is showing real pedigree and carries the hopes of a nation oh his shoulders for producing the first French winner of the Tour de France in a very long time, this is a young rider to watch out for, and he's very active on Strava.

Mark Cavendish is on Strava, but hasn’t uploaded an activity since 2012. Part of the reason could simply be because the team he rides for uses the SRM PowerTrainer, which isn't compatible with Strava, and he's unlikely to record a ride on the Strava mobile app when training. That's goes for most teams that don't use a device that is compatible with Strava in the peloton, quite a few cyclists, even if they wanted to, simply can't share their activities with the world.

Stepping down from the WorldTour, there are plenty of British national level cyclists using Strava on a regular basis, such as Madison-Genesis rider Liam Holohan.

A cyclist who used to be frequent on Strava, then took some time away from it last year, but announced on Monday 2nd March that he is “Back on Strava…” with a 61.5km ride.

From the same JTL Condor team is Felix English, a young up and coming cyclists with huge potential.

Alex Dowsett is reasonably regular on Strava, well up until his collarbone snapping accident a while ago. Will he publish his eventual Hour Record attempt on Strava? Probably not, but here’s hoping

Another pro cyclist that is good for following, because Kelderman also shares lots of photos via Instagram, including this one of some scooter paced training recently. He also has an impressive 12,340 followers on Strava.

A photo posted by Wilco Kelderman (@w1lcokelderman) on

The BMC rider, a fan of lace-up cycling shoes, long socks and interesting hair styles, is also actively sharing his training rides on Strava, well he was until his eye-watering injury last season which has seen him out of action for quite a while. We're sure he'll be back on Strava regularly once he's resumes regular racing.

She needs no introduction, one of the most successful cyclists in the sports history, so worth following.

Another Team Sky rider, the Spanish pro notches up the distance and uploads the majority to Strava. 23 hours a week people… Lopez is also on Instagram and his photos are linked to his Strava activities, a rather neat feature of the website, offering a further glimpse into the world of a professional cyclist.

If you're on Strava why not join the road.cc group at www.strava.com/clubs/road-cc