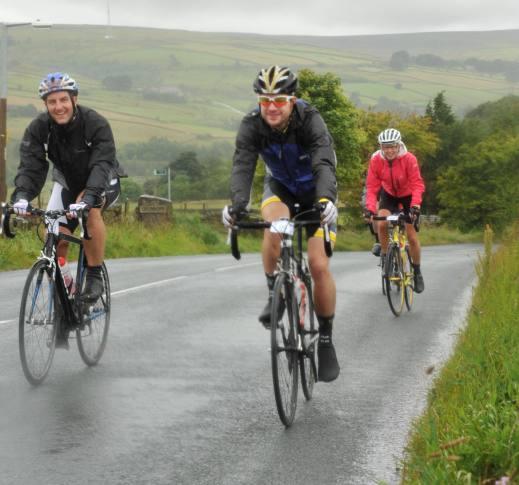 The inaugural Bronte BIGK CyKlesportive was held 2010 and was instantly hailed as a classic sportive ride to match any in the country by the majority of the field. The field for the 2011 grew based on the good word of mouth we received and looks set to grow even bigger and better for The event, jointly organised by SportKeighley raises funds for Sue Ryder– Manorlands Hospice and is Sponsored by All Terrain Cycles.

(*The £20 entry fee applies to entries received before 29th June, after this date entry will be £25)

As route 1, but also including Leeming, Cullingworth, Harecroft, Wilsden, Black Hills, Stonely Ridge and Saltaire before heading back to Keighley.

As route 2 but with added legs to include Haworth, Oakworth, Goose Eye, Laycock, Slippery Ford, Scar Top and Stanbury, before following the route 2 course over to Saltaire and back to Keighley.

This route follows the same course as Route 4 but includes an additional leg through Silsden, Cononley, Cowling, Sutton and Steeton before finally returning to Keighley.