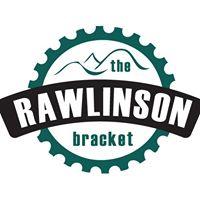 The Rawlinson Bracket ride is a hilly ride in the ‘Wilds of Warwickshire’ taking in the gradients of the Edge Hill escarpment. This ride roughly marks the date of the departure of a close friend of ours, Nick, who passed away in his sleep on the 24th of February 2012, aged 30. Next year's event marks seven years since Nick left us, our target is to take our fundraising total to over £75,000 and you can help us do this by getting in your bike and thumbing your nose at winter.

This event has two objectives - the first is to raise funds for research into, and awareness of, Sudden Adult Death Syndrome (SADS), the second is to allow you to experience the type of riding that Nick enjoyed with a passion and to convince you that cycing is a year-round activity, even in this country!

Nick was a local lad, born and bred in Kenilworth and worked at JLR. Nick loved cycling, especially the suffering aspect. The Hilly Route goes over some of Nick’s favourite local climbs and training routes. He was using these roads in preparation for the Maratona dles Dolomites in July 2012 and his first season of road racing. He was a keen Strava member and follower of ‘The Rules’ (http://www.velominati.com) especially Rule#9. He was also the owner of one of the noisiest bikes I’ve ever come across, after several weeks of ‘swapagnostics’, it finally became clear that the bottom bracket was the culprit. That troublesome component lends it’s name to The Rawlinson Bracket.

ALL PROFITS FROM THIS EVENT WILL GO TO THE SADS UK CHARITY (http://sadsuk.org.uk).

This year's hilly route, the Top Bracket, is 93km in length and has over 985 meters of climbing packed into it. We have a new venue this year, the kind people at Harbury RFC have provided with their facilities for event day.

Think of it as a mini Liege-Bastogne-Liege in terms of gradient and length of climb. Here are some of the climbs you will encounter -

Climb#1 Burton Dassett – A short climb where you will find it difficult to stay out of the red, you will have an audience on the way up, the sheep are always curious.

Climb#2 Shotteswell – The rural version of the Côte de Saint-Nicolas, a short steep climb encompassed by houses but we can't guarantee any screaming Belgian cycling fans.

Climb#3 Edge Hill (Knowle Hill) – This climbs appears in ‘Another 100 Greatest Cycling Climbs’ by Simon Warren. It’s only 600m in length but has a maximum gradient of 14% which makes for a gruelling climb. Nick enjoyed this one and always found some extra power to sprint over the top.

Climb#5 Lady Elizabeth Hill – An undulating climb to rob your legs of their remaining freshness before the final climb.

Climb#6 Sunrising Hill – Same height gain as the Edge Hill climb but a different character, a max gradient of 16% and a rough road surface make for an attritional climb with an alpine style switch-back at half-way. Nick would always smash his way up this climb.