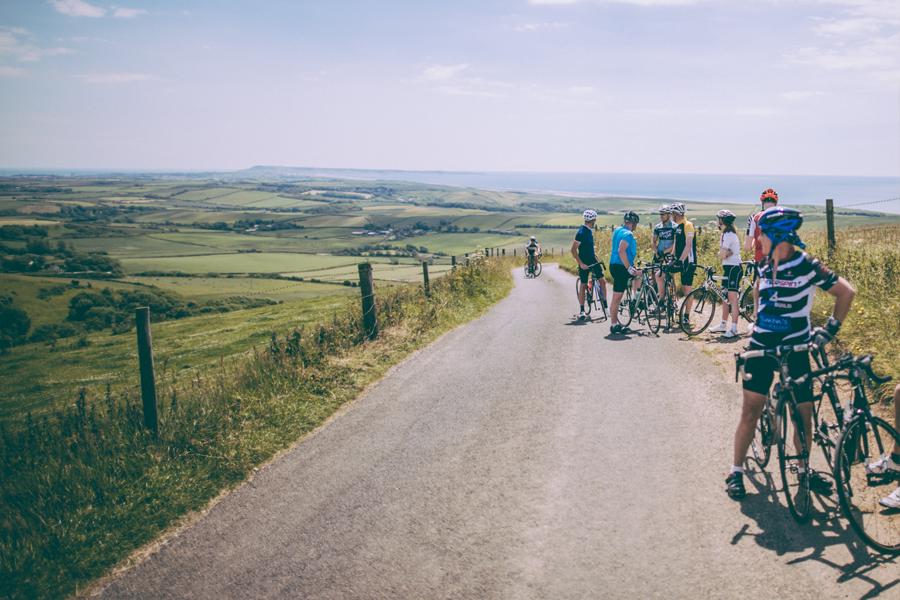 The Bridport Dagger now in its fourth year and still one of the toughest most challenging yet visually stunning cycle sportives in the South West, the short route is a more casual ride.

Its the start of the summer and you want to see what those legs can do in what is, an event that is a challenge with its numerous tough climbs. Reflective of a true Dorset sportive, with a tough, undulating hilly landscape – the hard work will be worth it with un-spoilt sea views, patchwork field views, quiet back roads and chocolate box villages.

With aid stations and on course support , you ride, we will help you finish.

The Short is an ideal opportunity if you want to be involved in a Sportive but want to ease yourself in gently without having to deal with any major hills, there is still 780 m of climbing and its still a test if you don't cycle regularly , I mean it is Dorset, we are happy for under 14's to attend for FREE, (short route only) as long as they are accompanied with an paying adult, with no cut off.

The medium route will be a visually stunning ride through the beauty of Dorset, with sea views out along the Jurassic coast, and miles of rolling countryside it will be a slightly harder test than the short with 1586 m of climbing, its long enough to test even the hardiest of cyclists who think taking on the rolling hills of Dorset will be an easy task.

The long is a leg burning 101 miles with 2500 m (7500ft) of climbing and will visit all the major climbs in the area this is your route choice if your looking for a Major challenge.Its a beautiful ride if you have the energy to look around, we don't claim to be the best but were up there in both visuals and toughness.

The long route is not for the casual cyclist, this will test you, don't believe us, the word of the day every year is "BRUTAL"

Because of the difficulty of the long route there will be a couple of cut off's at the course splits and one oops I've bitten off more than I can handle split, if you don't make it by the cut off you will be directed onto the Medium route.