An Evening With Mark Beaumont 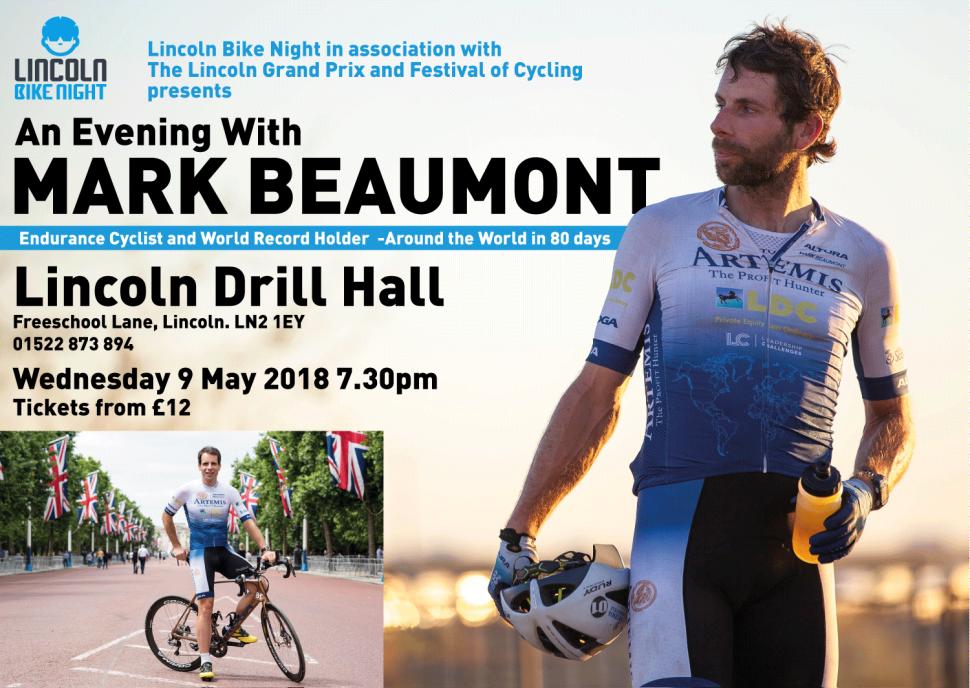 Lincoln Bike Night is proud to bring you the opening event for the Lincoln Festival of Cycling. An Evening with Mark Beaumont.

During the Summer of 2017, Mark completed his second global circumnavigation. 10 years ago this 18,000 miles World Record took over half a year.  This time, inspired by the Jules Verne fiction Mark set out on the Artemis World Cycle to pedal Around The World in 80 Days.

Riding 16 hours and an average of 240 miles every day, Mark raced back into Paris in 78 days 14 hours and 40 minutes, smashing the previous World Record by a staggering 44 days.

Mark will share this inspirational journey with a combination of stories, video and imagery.  His journey captured the attention and imagination of a global audience as Mark’s team vlogged and recorded their daily struggle, elation and emotions.  Join us at Lincoln Drill Hall and find out what drives Mark to such ecstasies of endurance?

“The fear of failure is massive – it’s scary, hugely intimidating."

"You don’t have to be a bike rider to understand that riding for 16 hours a day for two-and-a-half months is quite a commitment. But how many people in their lives have the opportunity to take on their biggest dreams?”   M. Beaumont

Lincoln Bike Night will also be supporting Mark’s charity Orkidstudio with our usual raffle: We’ll have a signed jersey and books amongst other items up for grabs.