Riding your bike and training are two different things 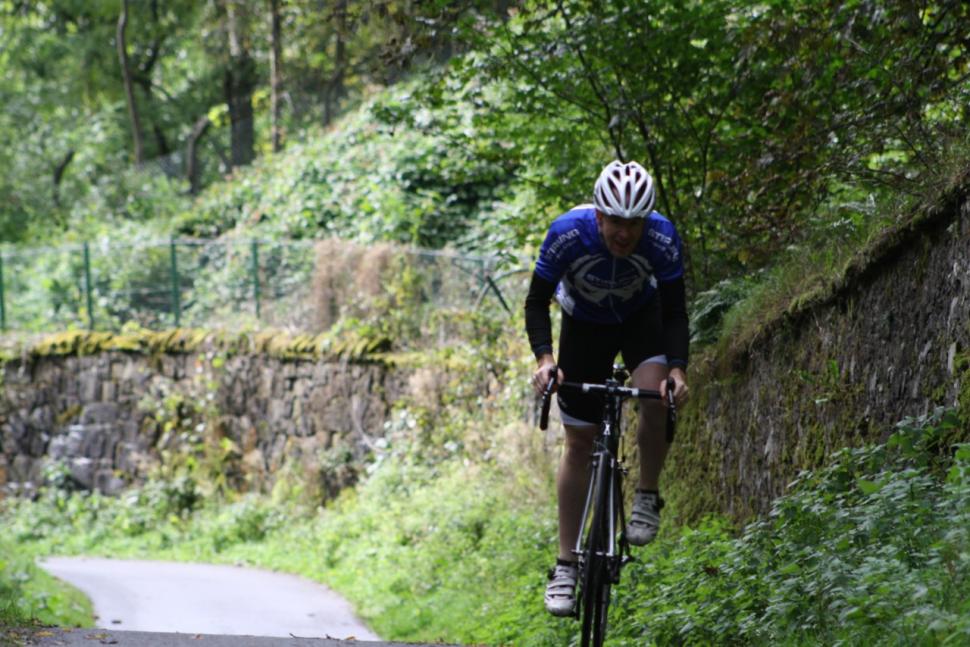 I've been kidding myself for a while that I'm training, it's the buzz-word that's given to any kind of exercise these days.  I started riding my bike to lose weight, at some point that became “training”, that magic word that makes it sound like you've got a purpose.

I'm ok at getting out to ride my bike, most of the time, I can force myself to pull on damp shoes, a couple of base layers, two hats, a winter jacket, thermals and a couple of pairs of gloves and brave the best of the Scottish weather.  Most of the time, I just ride.  In the winter, I keep my heart rate low – it's all about getting in the base miles, isn't it?  In summer, I'll take similar routes but dig in on climbs and push my heart rate up.  That's about as structured as it gets.

This isn't doing me much good though, well not for racing anyway, my high-end ability is pretty much non-existent... ok, I'll admit that it's better than it was this time last year, but on the recent Falkirk Reliability, I got dropped.  The group I started with (2nd from scratch) got caught by the scratch group about 15 miles from the finish, I knew that the climb up Dollarbeg was coming, I was hoping we'd have made it up there before the scratch got us, we didn't.

I had a plan though: move up near the front at the start of the climb and try to hang in til the end.  It very nearly worked too.  The climb is just over a mile long and I was on the limit for the whole time, I knew I was moving backwards but there were still guys passing me so I kept digging in.  I made it to the junction with the B9140 in touch, then the group surged and I was gone, 2 bike lengths became 4, 4 became 8 and that was that.  I wasn't strong enough. 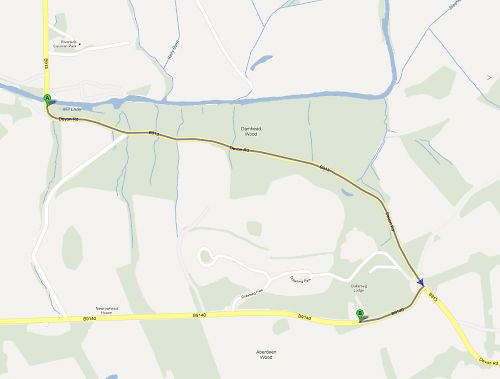 I blew just where the blue arrow is, the climb finishes at the green marker.

How do I stop this happening?

This was a reliability, not a race, but it's pretty similar in character so it's a good marker for the season to come.  There were some Elites, Cat 1's, 2's & 3's in the group that dropped me, but I'd be surprised if there weren't a good few Cat 4's too – the guys I'll be racing against this season.  There's a problem with my climbing, it was there last season and I've got to get it sorted. But how?  The way I see it, I've got two options: 1. the turbo; 2. intervals on the road.

I hate the turbo.  I know loads of people do, but it's really, thoroughly unenjoyable.  It doesn't even feel as if I'm riding the same bike when I sit there, pedalling away like some giant, sweaty, demoralised, oversized hamster.  I use it exclusively in winter if it's icy and those sessions generally consist of low HR stuff, sometimes I push hard on the pedals and get my heart pumping harder, but the effort seems so different to what I feel when out on the road that I wonder if it's doing me any good.  Muscles don't respond in the same way on the turbo and I can't wait for the weather to allow me to get back outside.  Pain cave? No, it's just the storage room at the back of the office with a sweaty bloke in it.

So if I'm not a fan of the turbo, what are the options for structured training on the road?  I've got to aim for specific sessions, building them into my otherwise generic rides to work.  My commutes are between 60-90 minutes so there's enough time to build in some specific strength training.  Choosing the route will be crucial; the benefit of the turbo is that you can concentrate solely on what you're doing, there's nobody trying to pass around a blind corner on double white lines, there's no potholes, there's no weather (ok, you may have to open the window if you get a bit warm).  There's plenty of back roads round here, flat and hilly, so there's a number of options to get off the main roads, the cold weather can be a problem though, if it's icy then I'll have to stay on gritted routes.

What should I be doing?

40-20's/Flying 40's keep coming up whenever I've been reading up on interval training; 40 seconds full-gas followed by 20 seconds easy, repeated 10 times with 5 minutes easy pedalling between blocks (up to 4 sets per session).  There's a number of similar interval sessions, some shorter, some longer (this link from www.bicycling.com is a good starter, but there are many more available on the web if you start Googling)  The other thing that I think I should be doing is hill reps.  I'm weak on climbs so I should be riding more and going harder than I usually do.  I can't get Merckx's mantra of “Don't ride upgrades, ride up grades” out of my head.

Make a plan and stick to it.  I've got to do this, if I don't I won't get faster and I won't be able to keep the pace when it comes to racing.  Good intentions are great, I love 'em, but unless they're put into action they're pretty worthless.  This means having a specific focus for each session rather than going out and doing what I feel like, invariably I end up doing similar rides all the time, great for endurance, but unhelpful when it comes to changes of pace and following hardcore racers up climbs.  I've shied away from training plans for too long, seeing them as the preserve of serious riders, the problem is that I'm failing by not focussing on my weaknesses so perhaps it's time I gave it a go.