And it’s training, training in my heart 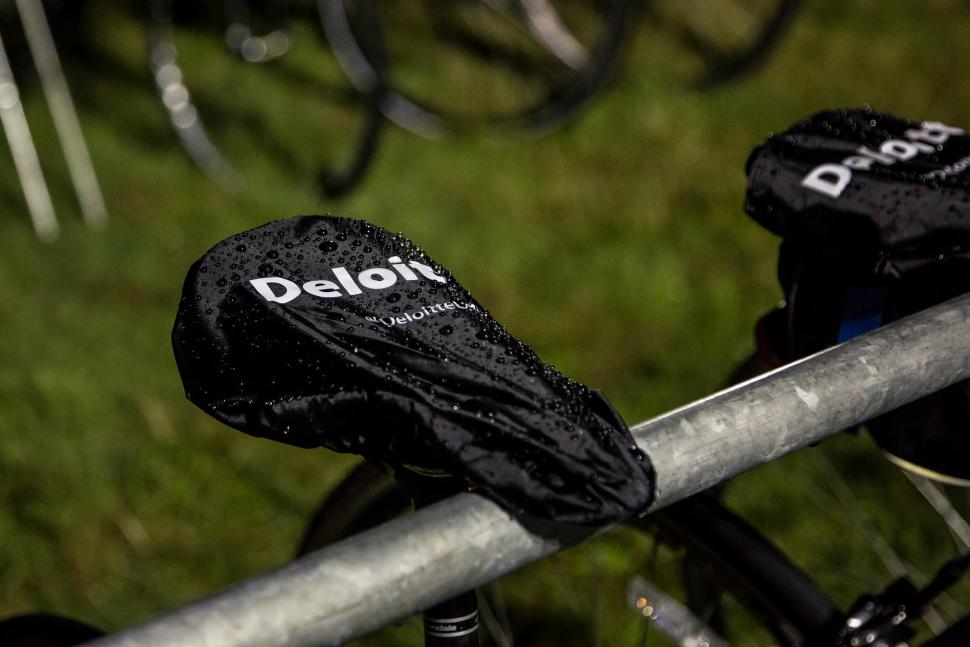 RAB rain.jpg
For those who’ve done the RAB training, even when it’s raining, it’s tapering time…

In exactly a month’s time, on 9th September, I’ll be somewhere between Land’s End and Okehampton with 799 others, on the first day of the Deloitte Ride Across Britain. I’m hoping we’ll be enjoying a late heatwave, or at least a drywave. And if it’s a southwesterly wind blowing it can be as strong as it likes.

I’ve had eight months to prepare, and now there are just four and a half weeks to go. Have I done enough? Probably not. The official training plan says the focus for August is ‘Tapering & preparation’, but the suggested weekend mileages are higher than I’ve been achieving for most of the previous months. Maybe it’s time for one big push – so the ride doesn’t become one big push…

One thing I have done enough of – surely! – is training in the rain. We’ve heard tale, in the West Country, of there being some dry days this summer over in the east, or oop north. Here it’s been hosing it down continually for weeks.

One of the wettest days had to be 23rd July, when it started raining about 20 minutes into the Evans Ride It Cotswolds Sportive in Gloucestershire. And boy did it rain.

The route took us round the Cotswold Water Park but it might as well have taken us through it. The first feed stop saw everyone trying surreptitiously to squeeze in under the tiny gazebo housing the food, or lurking in the doorway to the hall toilets.

“What if it’s like this on the RAB?” I kept thinking, totting up some extra purchases to be made before September, like mudguards. And overshoes. Waterproof overshorts. Chamois cream that’ll stay on despite saturated Lycra rubbing against synthetic leather.

“What if it’s like this, day after day? All nine days…” 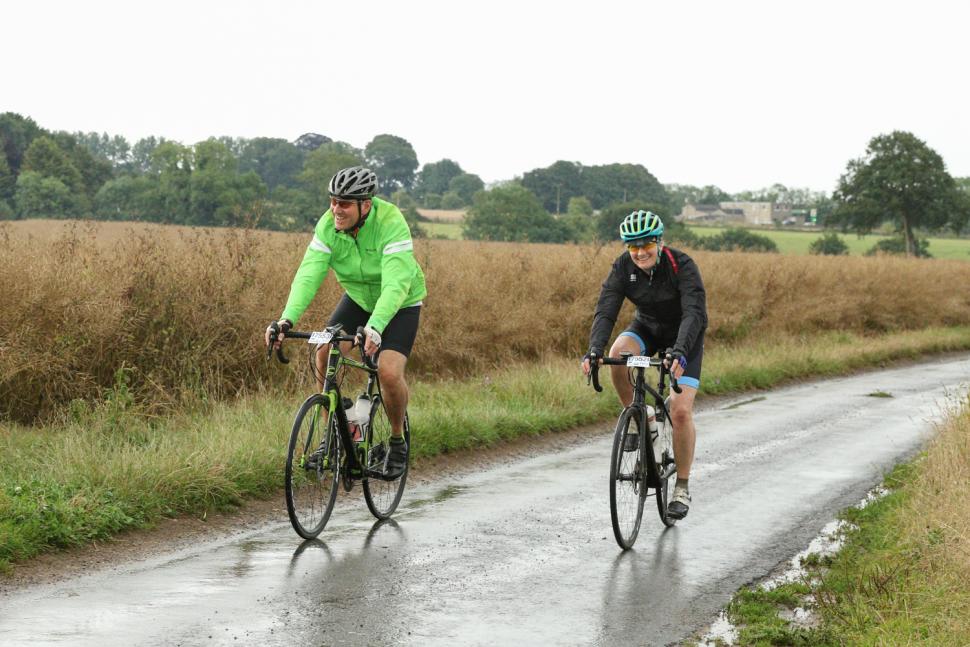 The sun did come out, of course. About half an hour after we’d finished. It was almost a clear blue sky as we sat in the pub just down the road from the start point enjoying a post-ride beer. Gently steaming.

At least we weren’t having to do it all again the next day. Yet.

Earlier in the month I’d been looking forward to some multi-day training on a cycling press trip to the Baltics. The daily mileages weren’t long – this was an ‘Easy’ grade trip with adventure holiday company Explore – but there was definitely some cycling every day for five of the seven days.

What there also was, on perhaps four of the five days, was rain. Especially, of course, on our longest day in the saddle.

I must confess, the idea of going to the Baltics in July had appealed partly because I had it mixed up with the Balkans. Y’know, near Italy. Hot. Nope, this was the Baltics: Estonia, Latvia and Lithuania. Further north than Scotland, and a fascinating place to visit and learn about.

One of the things I learnt was that Lietuva – Lithuanian for Lithuania – shares its roots with the Lithuanian word for rain: lietus or lietis. (It’s still well worth a visit – and it doesn’t rain all the time.)

So, if it does rain in September I can’t say I haven’t had some good training for it. The clip-on mudguards arrived in the post yesterday; the overshorts last week.

Bring on the buzz

As well as having torrential rain to contend with, just one or two miles into the Cotswolds Sportive and a bee had lodged itself between my hubby Simon’s sunglasses and the peak of his cap and stung him on the forehead. In pain and mild panic he’d knocked his sunglasses off, and I had to quickly double back, waving my arms like a madwoman to try to stop the following riders from running over them as Simon nursed his mildly throbbing head and made sure the bee wasn't still stuck in.

At least he hadn’t fallen off; the scab on his knee from his London Revolution tussle with tarmac had only just healed.

A tube of insect bite and sting relief cream will be going in the saddle bag.

That’s another joy of the RAB: all the new kit! Just when you didn’t think you needed to buy anything else, someone on the excellent RAB riders Facebook page comes up with another vital must-have you’d never thought of.

One thing I had been toying with was a new bike. One of the ‘drawbacks’ to my job is that I get to test new kit, occasionally a bike, and for the last couple of months I’ve basically ignored my RAB-bound Vitus and concentrated on testing two of Canyon’s women-specific bikes, the Shimano Di2-equipped Endurace WMN CF 9.0 (you can read the review here) and the disc-braked Endurace WMN CF SL Disc 8.0 (full review to come).

Changing gear for 969 miles, I’m sure that Di2 battery would last… but then again the disc brakes on the SL 8.0 would be so useful if it really were to rain as much as it did in the Cotswolds…

But no, I’m sticking with the lovely Vitus – though not its current gearing.

Another legacy of signing up for the RAB has been my new-found fondness for fettling with my bike. Being able to change your gear and brake cables might not be the most complicated of jobs, but it’s not something I’ve ever done before. It’s fun! In a sweary kind of way.

Though getting the gears to work smoothly after swapping the 12-30 cassette for an 11-32, just a few weeks before the start of the RAB, was perhaps pushing it a bit.

So, four and a half weeks to go. Yes, I’m feeling nervous. And excited. And already wondering what to do next year, because one of the absolute best things about doing the Ride Across Britain has been the not doing it bit: the building up to it. I have never done as much cycling in eight months as I have in 2017. And that’s something I want to continue in 2018.

Hmm. Entries to next year’s RAB are already open…

• Sign up for the 2018 Deloitte Ride Across Britain here

• Need inspiration? Check out the Deloitte Ride Across Britain documentary