It's All About The Glamour 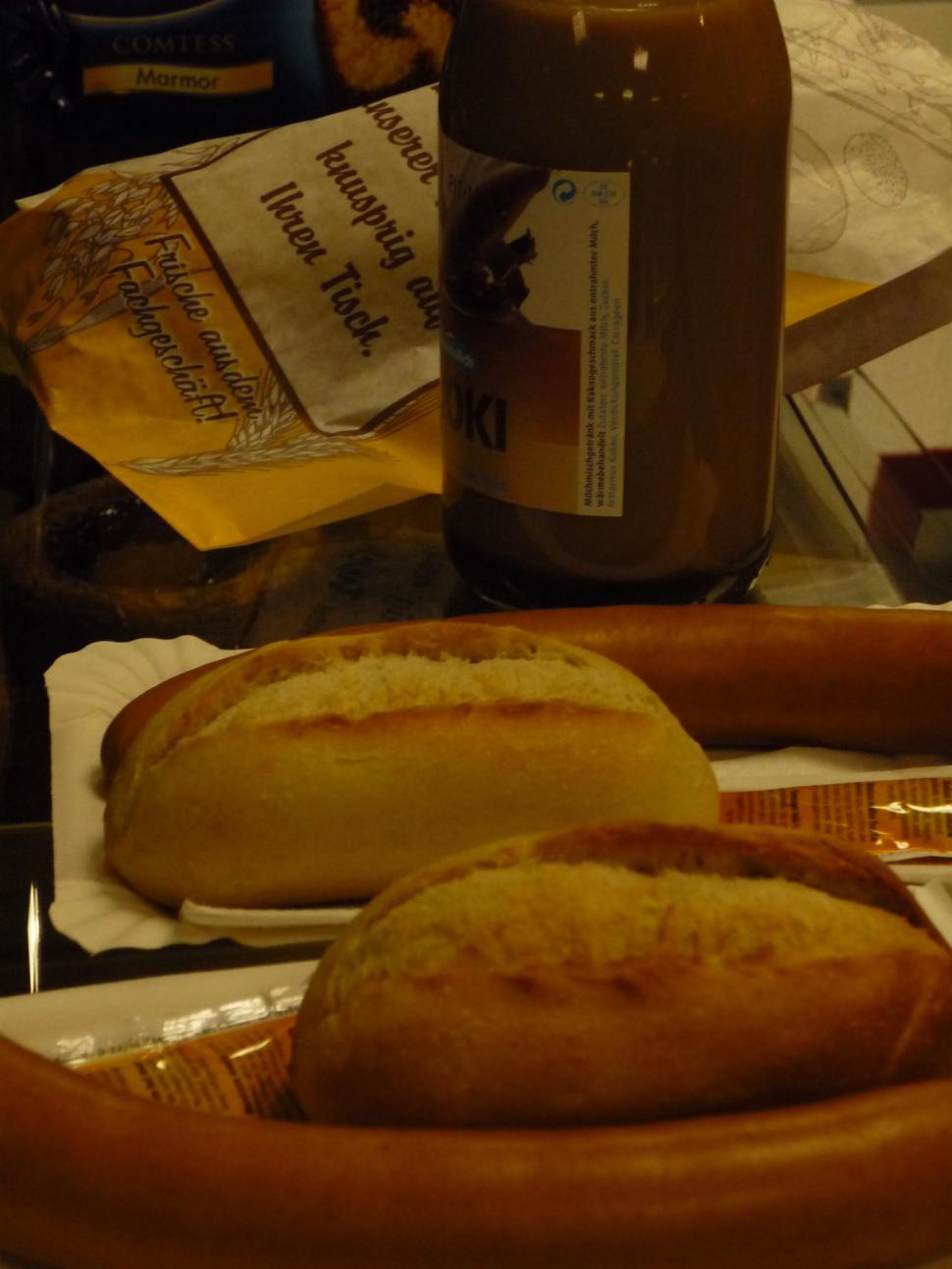 Eurobike - fly to Germany, champagne and air-hostesses all the way, a car to the hotel for hot towels and cold beer, then on to the show hall itself via airship being served sausage and coffee on the dining deck. Then gorged with extravagant lunches and goodie bags full of swag by a plethora of bicycle companies all keen to get their brand new stiffer lighter more compliant products featured in the hungry cycle press.

The reality is waking up too early, getting the train to a mutually beneficial pick-up point to squeeze into a car with three other men and a week's worth of junk already sticky and tired from several hours traveling to drive for an entire day down to the very bottom of Germany for the start of the bike show in Friedrichshafen.

The car is already running half an hour late, thanks to one of road.cc's more important members suffering a run of bad form following a previous day's booze-heavy wedding, and a forgotten passport. A further short delay is incurred when the same member of the road.cc team feels the need to tell a hard-shoulder in Kent about the excesses of the wedding celebrations. The glamour potential of the forthcoming week gets a head-start wen we realise that we were parked in the Eurotunnel train behind the famous Neil Morrissey, him off of the telly. Big car, nice dog in the back seat.

And so through France. A day-long fuzz of coffee, ham and cheese baguettes, peage, coffee, rain showers, coffee, croque monsieur and coffee. Change drivers, listen to Rapha's "Giro D'Italia CD to get us in the mood, a flurry of texting, phone-calls and on-the-move money transfer to save a rogue road.cc trooper lost deep in enemy territory. France melts seamlessly into Germany as day melts into night and the proper rain starts. Fat full-wiper rain that makes driving on the wrong side of the road whilst tired with non-existent road-markings on thick-black unlit mountain roads quite fun. Oh for the simple pleasure of good old British cats-eyes.

Stop at a petrol-station for fuel and food, because the one a mile previous was bereft of decent sustenance and none of the restaurants we cruised past in the small German town "looked right". Sausages (various), bread, cake, Coke, chocolate milk and kangaroo-shaped potato-based snacks all snaffled whilst sat in the car, in the dark, in the rain, round the side of the petrol-station by the air-hose. You can lick the glamour off the inside of the windows, it often gets better than this.

A couple more hours being overtaken by most other cars blitzing at twice our speed and we discover that thanks to the vaguaries of Teutonic efficiency the pair of Hymer static caravans that we've hired to stay in alongside the Eurobike halls are just the one. Already occupied by two damp, cold and hungry road.cc staffers, both a bit shell-shocked from their own traveling ordeals, the 4-berth camper wasn't prepared for four further grimy-weary bodies disembarking into it. Needless to say that conditions are perfect for a certain amount of team-bonding within road.cc as one sleeps on the floor and three share a cosy double-bed.

But we're camped next to a Zeppelin airship hanger, which is a bit glamourous.

1
Brompton drops its ‘lightest bike ever’: new 7.45kg titanium version of iconic folding bike revealed
2
Stages will retrofit a power meter to your existing cranks
3
Chris Boardman heads newly-launched government body Active Travel England
4
Government slammed for not informing public of Highway Code changes aimed at protecting cyclists and pedestrians just days before they come into effect
5
I'm not cycling's Novak Djokovic: Greg Van Avermaet defends plan to delay Covid-19 booster
6
TV surgeon and cyclist killed after collision with motorist in Essex
7
Cyclist accused of punching delivery driver who “cut him up”
8
"Tired of road crime": CyclingMikey on episode 16 of the road.cc Podcast, plus how to make the most of your lunchbreak