Starting from Scratch - Week One 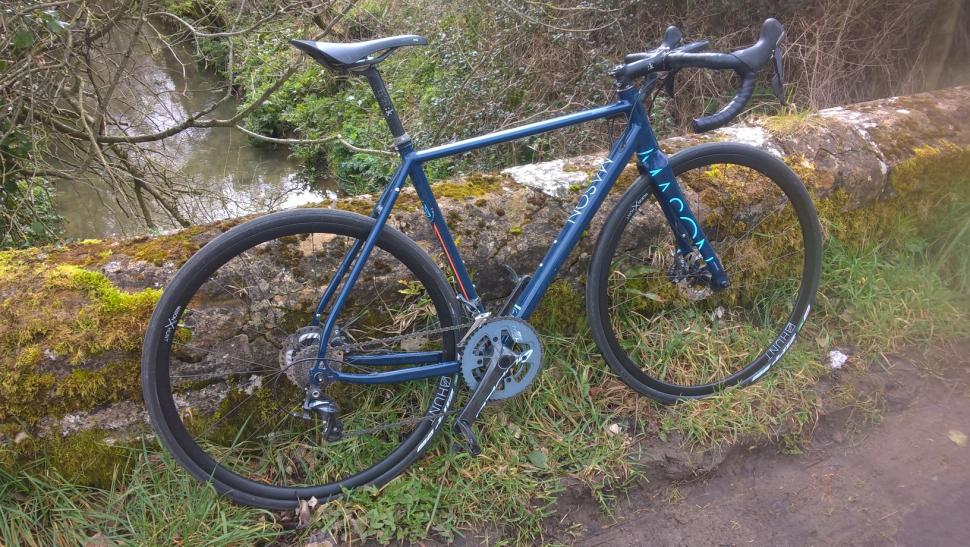 Stu's a week in & feeling good!

Last week I wrote about ‘Starting from Scratch’ and how the fact that even though you get to ride a bike for a living it doesn’t mean you can take being fit and lean for granted – especially when the routine of a commute is no longer there.

I’m now a week in and feeling good, still a bit on the heavy side but good none the less. The speed is coming back and above all I’m motivated and actually feeling quite a bit fitter.

Highlight of the week was the 101 mile jaunt on Wednesday which took in the best part of 1900 metres of climbing – a typical sportive event shall we say to test where I am ready for the Tour of Wessex in May.

I had a delivery to make twenty-five miles away so thought I’d take a bit of detour. After all the sun was out and the mother-in-law had the kids so why not make the most of it.

What did I learn?

Well I can ride the distance at a pretty decent lick, a nudge over six hours in fact but I really need to concentrate on nutrition. A cup of coffee before I left, a couple more on route, a can of Red Bull and a couple of slices of cheese on toast probably isn’t the most sustainable of diets.

I’m not one for drinking on the bike see, I don’t even own a bottle cage and even though I’ve tested loads of energy products over the years and got on with them they aren’t something I use religiously. They’re something I’m going to need to embrace though especially for recovery, there was no way I could ride the same distance the next day.

Other than that though things have been pretty good. I rode 203 miles from Tuesday to Sunday over twelve hours and have lost a kilogram. Impressive considering that the nutrition/training program has failed to be delivered so it has come down to good old fashioned self-discipline. Basically that means I’ve still been drinking Stella plus there was a massive amount of Easter eggs on offer.

Motivation is good though, I even went out for two hours today with the rain hammering down, I didn’t even have any wet weather kit to test.

It’s good to be back!