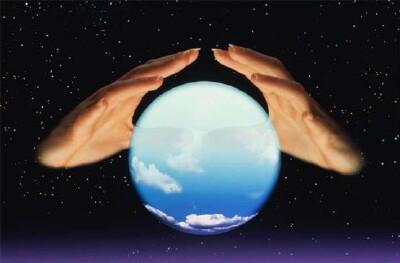 Bradley Wiggins makes his Team Sky debut in the Tour down Under. He poses with a kangaroo as Lance Armstrong did 12 months previously, but far from being sweet and cuddly, it is Jonathan Vaughters in disguise and he gives Wiggo a swift slap.

Speaking of Swift. Ben is still the subject of a tug of war between Katusha and Team Sky. The UCI intervenes and makes him ride as a one man composite team “SKATUSHA”. It’s a bit like when Roslotto and ZG Mobili merged in the 1995 Tour de France but we without the combined forces of Piotr Ugromov and Massimo Ghirotto.

February
The European road season starts to kick off, but all eyes are on the Fenland Clarion Place 2 Place time trial to Oundle and back where I make my bow (I wish). Albert Timmer wins the GP Marseille (or Haribo Classic, or whatever the opening road race in France is called). Ben Swift is second for Skatusha.

March
Paris Nice is a walkover for the LoveShack team with Levi Leipheimer falling off yards from victory and breaking his wrist. Lance takes over and wins before telling the French he loves them again… or he hates them again, one of the two.

Simon Gerrans wins a stage for Team Sky although Mark Cavendish comes away from Tirenno Adriatico empty handed after his young Columbia lead out train find their stabilisers make it too hard for the Manx missile to come round them.

David Millar wins a stage though, extracting revenge over the country of Italy after his Giro near miss two years ago when his chain breaks.

April
Tom Boonen is spotted in a nightclub and the whole of Belgium holds its breath whilst checking his nostrils.

Bird watchers flock to the Flanders area for that once a year glimpse of the lesser spotted Leif Hoste and the equally rare Stijn Devolder.

QuickStep are so dominant they decide on a swap with Boonen winner of the Ronde and Devolder Paris Roubaix. JA Flecha for Sky and Roger Hammond for Cervelo give us Brits cause to celebrate finishing in the top 10.

May
The Giro starts with Mark Cavendish breaking his season duck in wins. The British sprinter has a special celebration where he pulls out a rifle and guns down rival Tyler Farrar. JA Flecha promises not to do his bow and arrow celebration again should it encourage more violent victory salutes.

The commisaires see nothing wrong and the result stands.

Robert Gesink falls off and is out of the race. World Champion Cadel Evans breaks his grand tour duck and lands the pink jersey.

June
A quieter month as riders prepare for the Tour de France. The Dauphine is won by Lance Armstrong who announces he loves the French… or something.

Andy Schleck announces he has split up with his girlfriend. Muttering heard in the peloton regarding how close he is to Frank. Nothing proved.

Astana have had a quiet season so far but Alberto Contador wakes up and gives Lance a beating on one stage just for fun. “Twitter about that old man” is rumoured to be the last words Big Tex hears and El Pistolero vanishes up the Ventoux.

Fernando Alonso announces that he is going to set up a pro team in 2011. Contador held hostage in his hotel by Alexandre Vinoukourov to stop him signing. Contador releases a statement under the door stating “I know the irony about me being locked in a hotel wont be lost on those of you saying that in last years Tour , my room was the only place I feel safe. Vino is treating me well, although I am not sure why there is a baby calf in here with us along with some tubing and a syringe…”

The national championships go really well with Albert Timmer missing a crash which brought down Robert Gesink to win the Dutch championship by over an hour. Skil Shimano are given a late wild card to for the Tour and the great man declares himself ready for action…