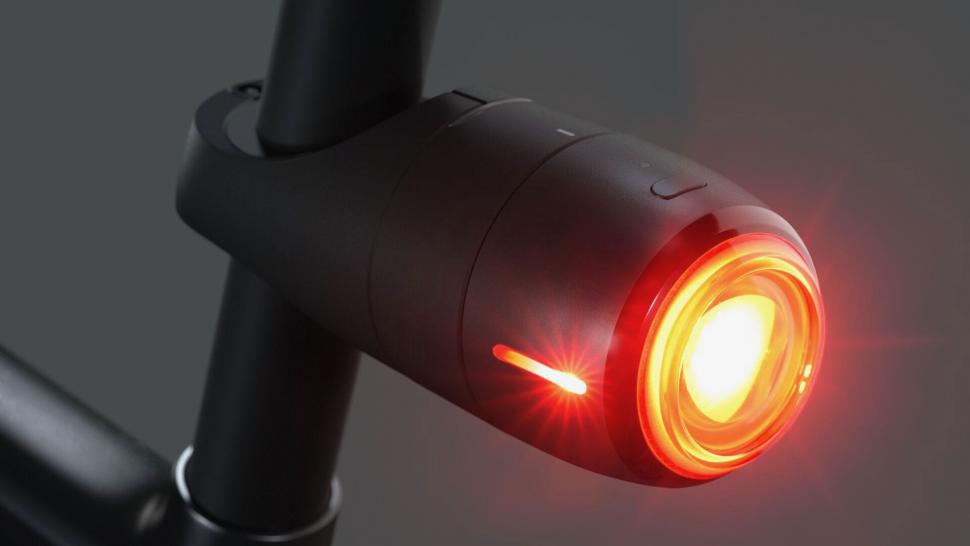 Vodafone has launched a new Curve Bike Light and GPS Tracker that incorporates an alarm that sounds when it is moved and tracking via a smartphone app to help you locate your bike if it is stolen. 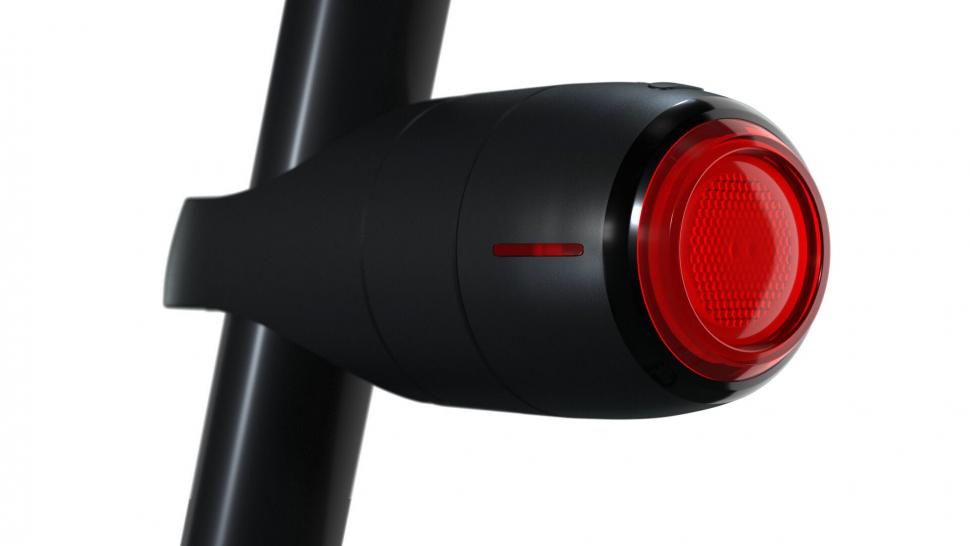 Vodafone’s Curve multi-purpose GPS tracker has been on the market since last year; it’s the fact that it’s now incorporated into a rear light that’s new.

The light itself has three different modes – blink, pulsating, and solid – and also acts as a brake light, shining brighter (up to 40 lumens) when you decelerate. It shines brightest if you brake suddenly. 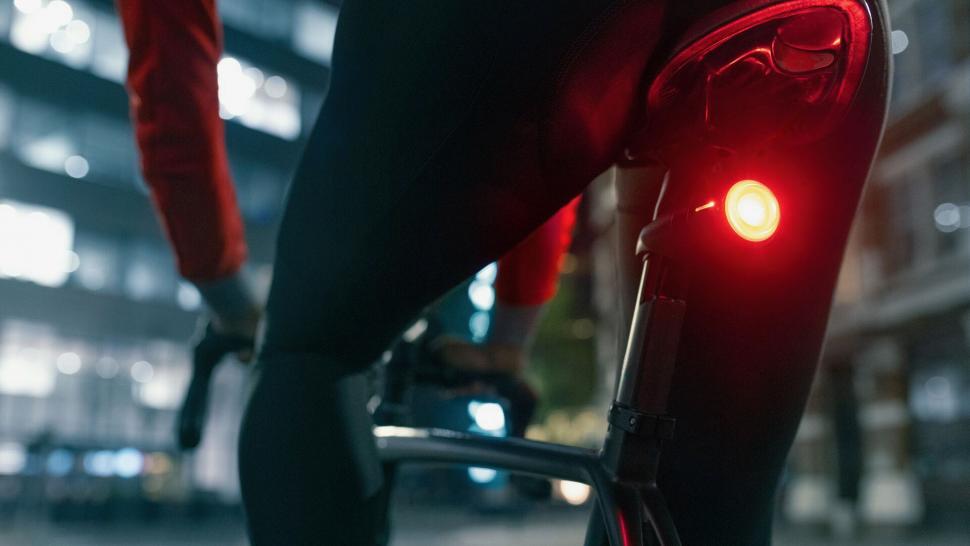 It also features an impact detection system that can notify your chosen contacts if a fall is detected. It can send either a push notification, a text, or an automated call to let them know where you are.

When your bike is parked, you can set a movement alert that activates a 107-decibel siren to ward off potential thieves.

Moving the bike will also trigger location alerts to the Vodafone Smart App on your smartphone so you can track your bike in real-time if it moves without you. 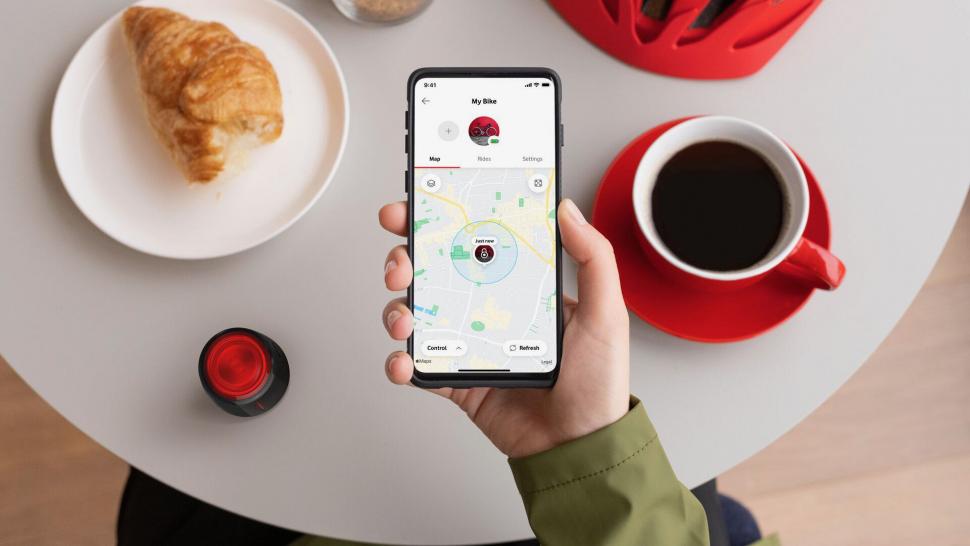 “Unlike Bluetooth-only trackers, it has a built-in Vodafone Smart SIM that connects to the Vodafone network so the bike can be checked from a distance,” says Vodafone.

You can set zones from the Vodafone Smart App, allowing you to get alerts if your bike enters or leaves a chosen area. The GPS tracker also allows you to record your rides. 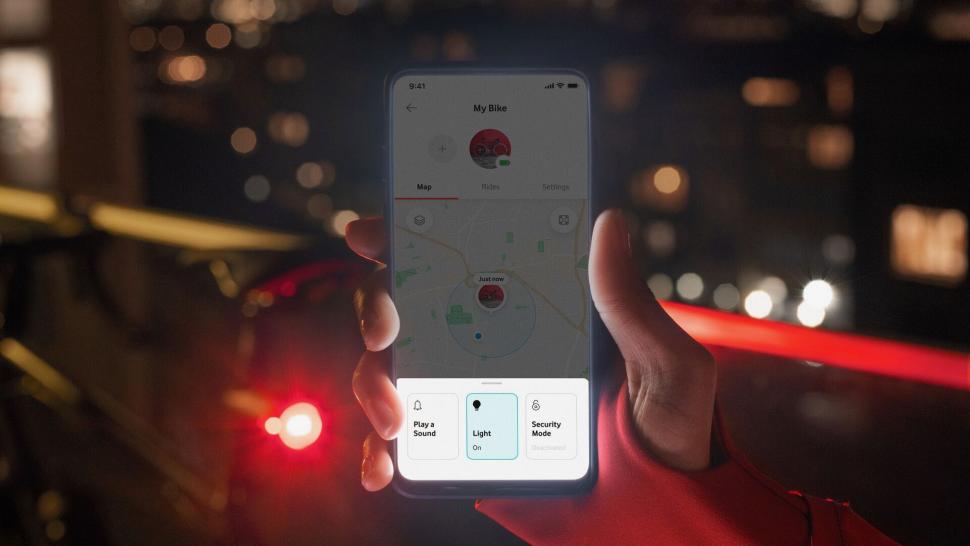 If you can’t find your bike when parked, you can use the app to make the device play a sound to help you out.

The Curve Bike Light and GPS tracker is IP67 rated (meaning that it can stand immersion in 15-100cm of water for 30mins) and is designed to fit to your bike’s seatpost.

You twist off the light and remove the tracker from the seatpost for charging. Vodafone says that the light will give you up to 7.5 hours of use while the tracker lasts up to 4.5 days on standby. 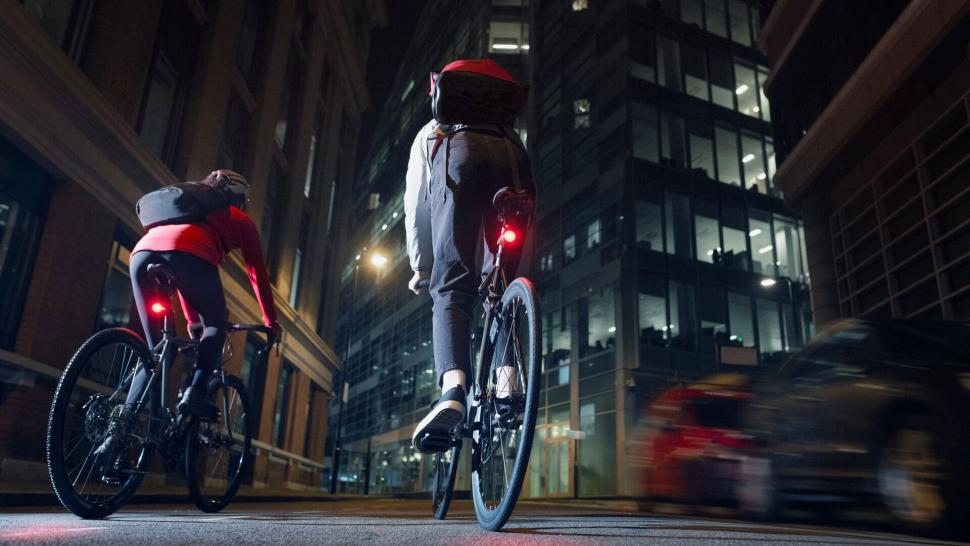 Vodafone says that its research reveals that poor visibility and dark conditions on the roads [53%], fear of being hit from behind [44%], poor bike security [26%] and being in an accident unnoticed by others [26%] are among the top concerns troubling riders in the UK, and that this device tackles all of these issues.