A new TPU inner tube in the tyre costing £99.90 is apparently to thank for the weight savings
by Liam Cahill

While teams like Deceuninck Quick-Step and UAE are moving to tube-type clinchers and tubeless tyres for road races, Pirelli has released a new tubular tyre that the riders of Team Bike Exchange, including Britain’s Simon Yates, will be riding at the upcoming Giro d’Italia. Priced at £99.90 for a single tyre, these ain't cheap either.

It can be rather easy to forget about tubular tyres these days. Fewer professional riders are using them for their races and our inboxes aren’t often lit up by news of new tubular tyres. Pirelli themselves say that they see the tubular tyre as a niche product that is almost exclusively intended for the pros.

> Tour de France tech trends - the rise of tubeless and clinchers, but are tubulars dead?

But tubs, as they are often known, are still the choice of many racers and Pirelli has a new tyre, just in time for the start of the Giro d’Italia. The P Zero Race Tub SL has, says Pirelli, been in development for two years. They say that feedback from their sponsored pro riders has helped to shape the new tyre and that weight was one of the key points to address. Pro cyclists are still concerned about weight then. 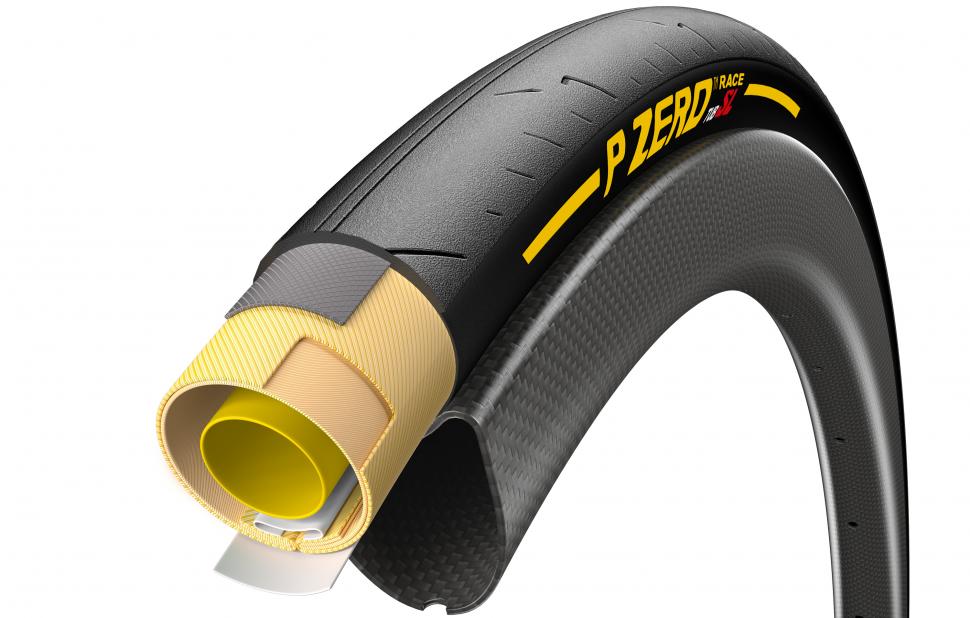 With weight being one of the key focus points, Pirelli was keen to point out that the new tyre saves over 10% than the P Zero Velo tubular tyre, though we haven't been given a claimed weight for the new tyre. This saving, they claim, has been achieved without compromising other key performance factors such as rolling resistance, cornering grip and puncture resistance.

At the heart of the P Zero Race Tub SL is a special inner tube which Pirelli says is made of a “lightweight, completely airtight material and optimised specifically for use inside the handmade tubular.” While tubulars usually have a latex inner tube stitched inside the casing, Pirelli is using thermoplastic polyurethane (TPU), which Pirelli claims is being used for inner tubes for the first time and this, it said, “required a great deal of development before it gave the expected results.”

If you’re thinking that TPU sounds familiar, it’s the same type of material that Tubolito uses to produce its incredibly light inner tubes. While the inner tube might be new, the casing will be a familiar sight to fans of tubular tyres. A 320TPI corespun casing should provide a very supple ride and it is to this that Pirelli attaches its SmartEVO Compound tread.

That compound is the same as that of the P Zero tubeless-ready tyres that we tested late last year. Stu found it to be a little less tacky than some, but it still offered good grip. Pirelli says that in road tests that were carried out by their pro teams, the P Zero Race Tub SL improved not only the handling of the bike but also resulted in higher VAM (climbing speed) while offering “excellent protection against punctures and greater control at high speeds.”

At the time of writing, that data has not been made available to us, but we have asked.

Pirelli says that riders that are aiming for the general classification at the Giro d’Italia have already got the new tyres, but those of you that want to buy the new tyres at a cost of £99.90 each will have to wait a little while.