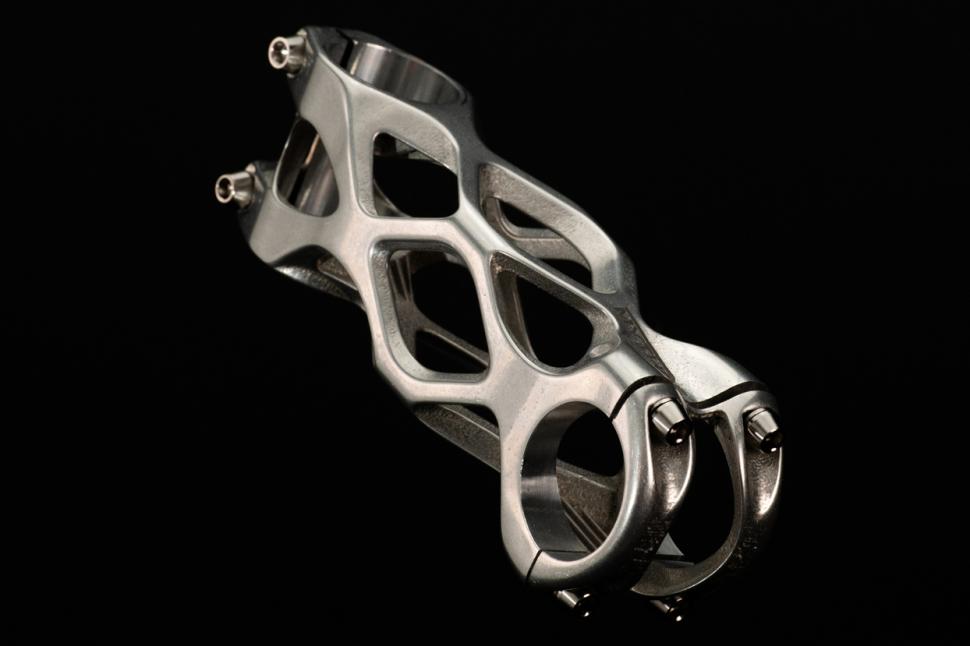 Mythos says that its 3D printed stem is the first to be commercially available. It’s made from Scalmalloy and new manufacturing techniques are said to significantly improve stiffness and allow a contemporary design.
by Jamie Williams

Founded by ex-British Cycling and Team Sky designer Dimitris Katsanis, Mythos has forgone titanium in favour of Scalmalloy for its 3D printed stem. Weighing in at 150g, the Elix is said to be “usefully” stiff... but then you really would hope so with a £500 price tag.

We’ve seen plenty of 3D printed prototypes filtering their way into the cycling market, including some from big players such as Sram with their radical-looking cranks.

However, the Elix stem differs from many 3D printed components as not only is it commercially available right now, but it’s also made of Scalmalloy rather than a titanium alloy like we’ve grown accustomed to. 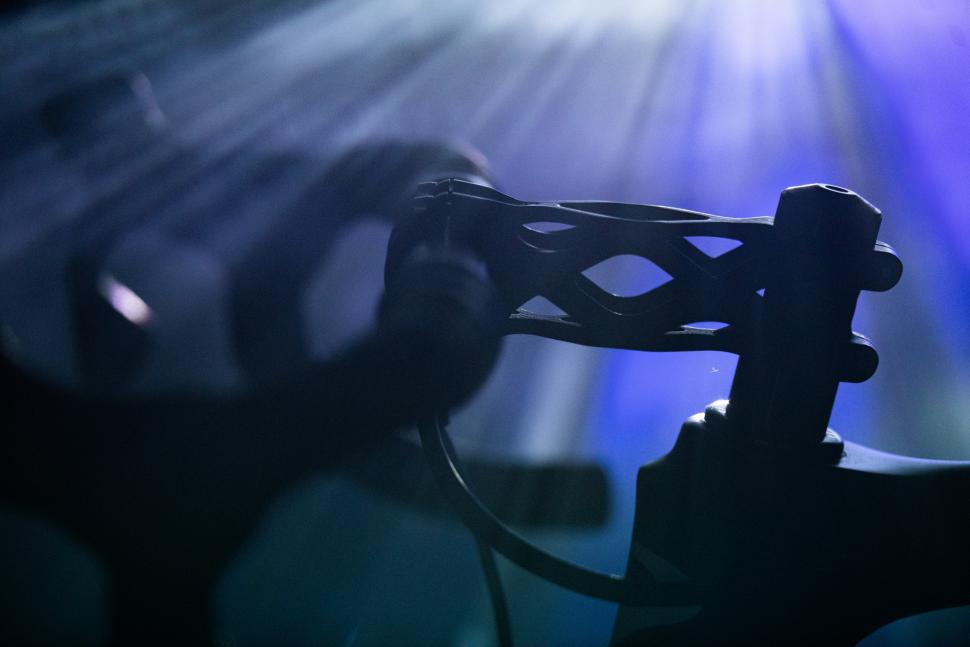 Scalmalloy is as the name suggests an alloy made of aluminium, magnesium, and scandium. The first aluminium-scandium alloys were developed by the Russians during the Cold War for use in MiG aircraft. There was a bit of a vogue for it among bike builders in the early 2000s and a some makers have stuck with the material. Scalmalloy was developed by Airbus and contains zirconium and manganese as well as aluminium, magnesium, and scandium. It’s widely considered the strongest aluminium alloy that’s suitable for additive manufacture and is also really expensive, which is probably why we don’t often see bike components made of the stuff.

As additive manufacturing (3D printing) works by adding layers of powdered material and melting that powder into the desired shape, it’s possible to reduce the amount of material used without compromising the overall strength. Mythos say that their EBM (Electron beam Melting) and DMLS (Direct Metal Laser Sintering) 3D printing gives their designers complete creative freedom and control whilst making it possible to create low volume parts much quicker than conventional methods due to not needing part-specific tooling. We’re fast-growing accustomed to the distinctive honeycomb lattice structure that 3D printing is responsible for, for example on Specialized Mirror Tech saddles.

They go on to say that “3D printing enables us to create high-quality components that are fundamentally impossible through traditional manufacturing methods.” This means that on the Elix stem they have been able to “significantly improve the useful stiffness and implement a new contemporary design. It not only performs at its best, it looks its best.” Leaving the aesthetics to one side (we’re sure you’ve already cast your own opinion) the Elix stem weighs in at 150g, which is competitive but not exactly mind-blowing. It’s available in 100 to 130mm lengths which should satisfy the majority of road riders, and is available in a single +/- 8-degree angle.

The clamp diameter is a standard 31.8mm and the stack height is 45mm. You also get fancy titanium hardware (M5 x 16 mm). Mythos also says that the stem is compatible with internal cable routing, and specifically mentions the FSA ACR Integrated Cockpit System.

Now, if you watched the Tokyo Olympics then you might remember a certain Australian rider hitting the deck when his 3d printed stem failed within the first few meters. Mythos is quick to assure us that the Elix has been rigorously tested to the ISO 4210 test standard and has successfully passed all 94 tests it’s conducted preceding its release.

It also states that it performs its additive manufacturing processes to AS/EN9100 standard which includes strict quality controls such as Purchasing materials from qualified suppliers only, top quality metal 3D Printing machines, recording of the manufacturing process for every build, and layer images recorded on every single layer and analysed for faults.

There’s also the more traditional periodic batch testing taking place to capture any potential issues, including both powder checks and testing the tensile samples that we include in every build. Mythos was happy to tell us that its stems are manufactured at METRON A.E in Great Britain and believe that in terms of process control for additive manufacturing their processes follow the strictest standard in the cycling industry. It certainly has some good stats to back it up, with founder Dimitris Katsanis responsible for components assisting in over 100 gold medals across the Olympics, World Championships, and all 3 of cycling’s Grand Tours. He also played a part in the design of the very expensive 3D printed titanium power meter that we covered recently. If any of that has convinced you that 3D printing is the future then you might be disappointed to hear that the stem has a rather whopping price tag of £500. We’ve got one on its way to the office for review  before passing judgement...