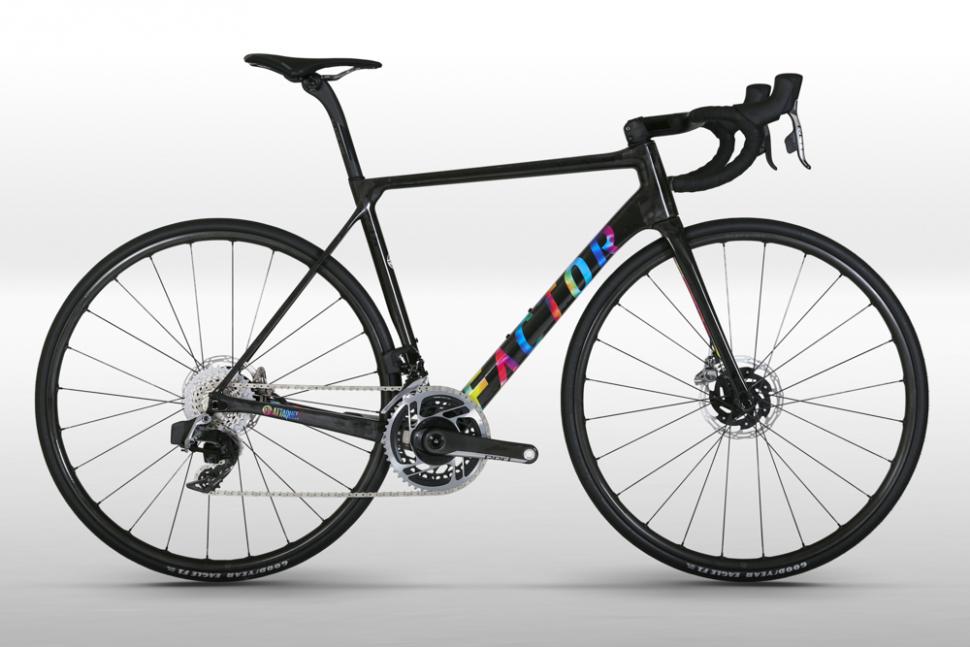 Factor bikes have announced updates to its O2 VAM lightweight climbing bike with a claimed weight saving that brings an unpainted 54cm disc frame down to 677g. There’s also a new front end that sees the cables follow the 2021 trend of being routed down through the headtube for a claimed aero gain.

Factor has been sponsoring a high-level team since the brand caught people’s attention with its split down-tube aero bike design: firstly One Pro Cycling, then Romain Bradet’s AG2R La Mondiale, and now the Israel Start-Up Nation (ISUN) team. It is with ISUN that Factor has its first truly massive name on its bikes with Chris Froome joining the team in a move worth a rumoured €5m per year. 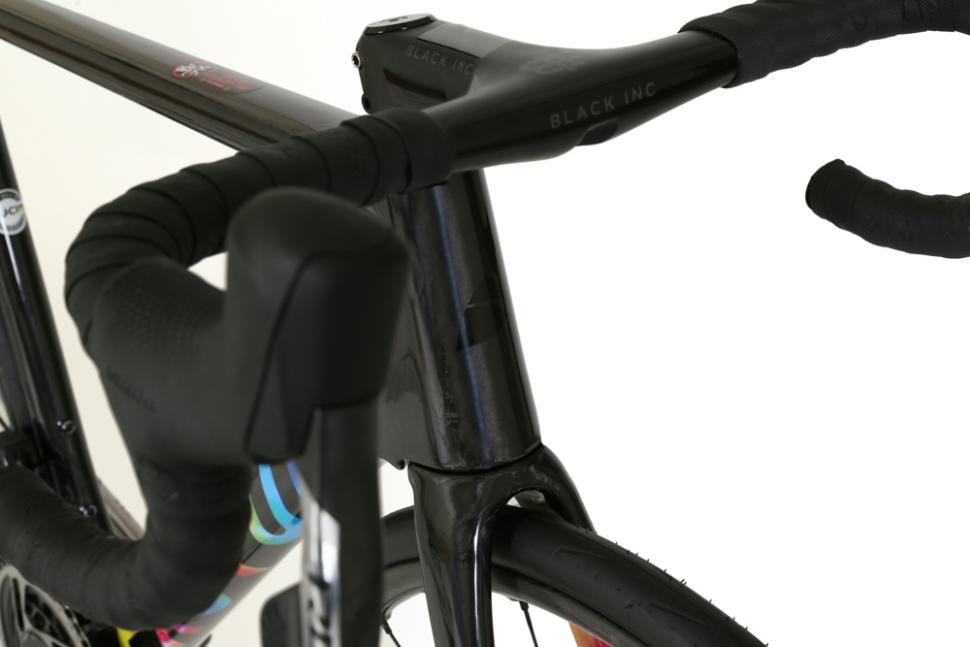 The bike that Froome will likely turn to in next year’s Tour de France is this, the O2 VAM. It has long-been Factor’s lightweight offering and for 2021 they claim to have saved even more weight, while also routing the cables through the headset. Factor claims that this move to fully integrated cables has allowed them to revise the carbon layup which they say improves stiffness.

Factor says that it hasn’t exactly followed the crowd when figuring out how it can hide those cables.

“Achieving an aerodynamic improvement requires more than simply hiding a feature – the design solution itself has to be aero," says Factor.

"A common method of internal cabling used by other brands employs an oversized upper head tube bearing to create the routing space. However, this, in turn, requires the head tube to be bigger and therefore less aerodynamic. For the new O2 VAM, it was deemed essential to maintain the bike’s optimised head tube ratio, aesthetic appeal and aero performance.”

The solution that Factor has used is a D-shaped steerer tube which they say is “reinforced for impact strength”. This allows the brake hoses and any electronic cabling – there’s no mechanical sifting options available – to pass between the steerer tube and the upper headset bearing. 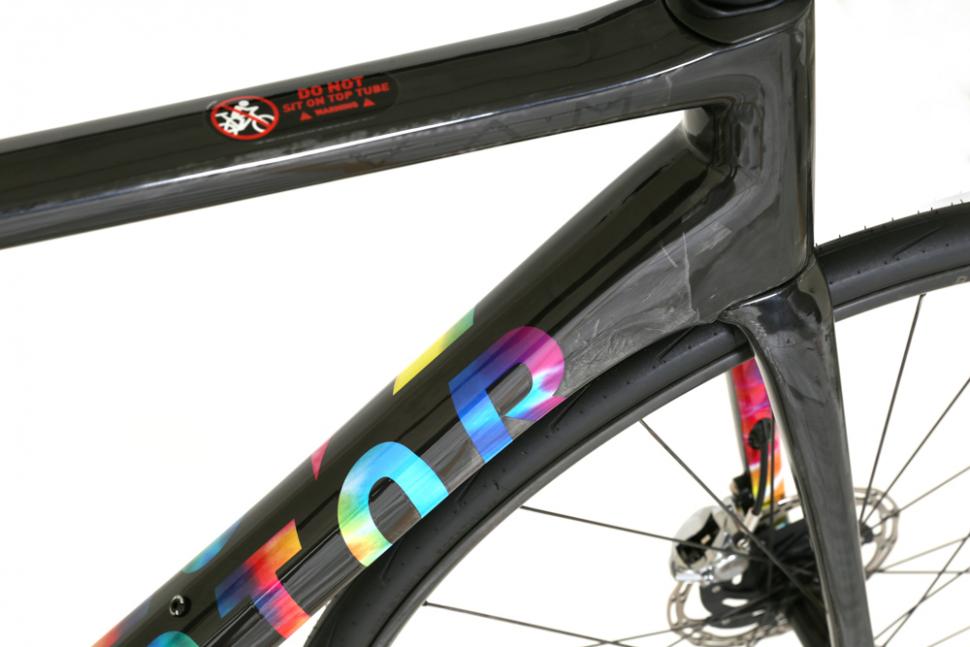 While Factor claims to have made an aero saving through the new integrated front end, they don’t specify how much of a difference this has made, simply stating that “creating a cleaner aesthetic and enhanced aerodynamics. As small as cables may seem, the aero drag they create is significant”. The 2021 O2 VAM frameset comes with the Black Inc integrated bar/stem and seatpost, and headset and bottom bracket bearings from CeramicSpeed. Sizes range from 49-58cm and the package will cost you £5,400. 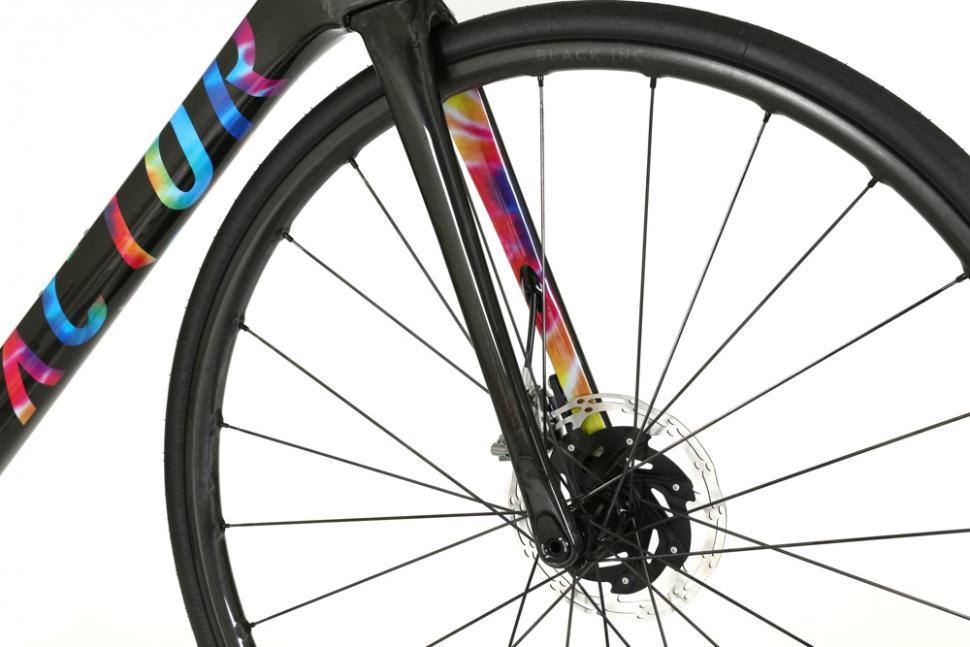 If you’ve got a lightweight climbing bike then you might as well have wheels to match. Factor’s in-house component brand Black Inc now has just that with a low-profile wheelset that is disc-specific and comes in either clincher or tubular, with a claimed weight of 1,240g for the clinchers and “sub-1kg” for the tubular version which will also, apparently, feature carbon spokes.

There is no tubeless option here, though Factor says that the rims are optimised for 25-28mm tyres with an internal width of 21mm for the clincher version.

The rim doesn’t have a uniform profile with a 20mm rim depth where the spokes meet the rim. this drops away to a rim height of 18.5mm between the spoke holes. 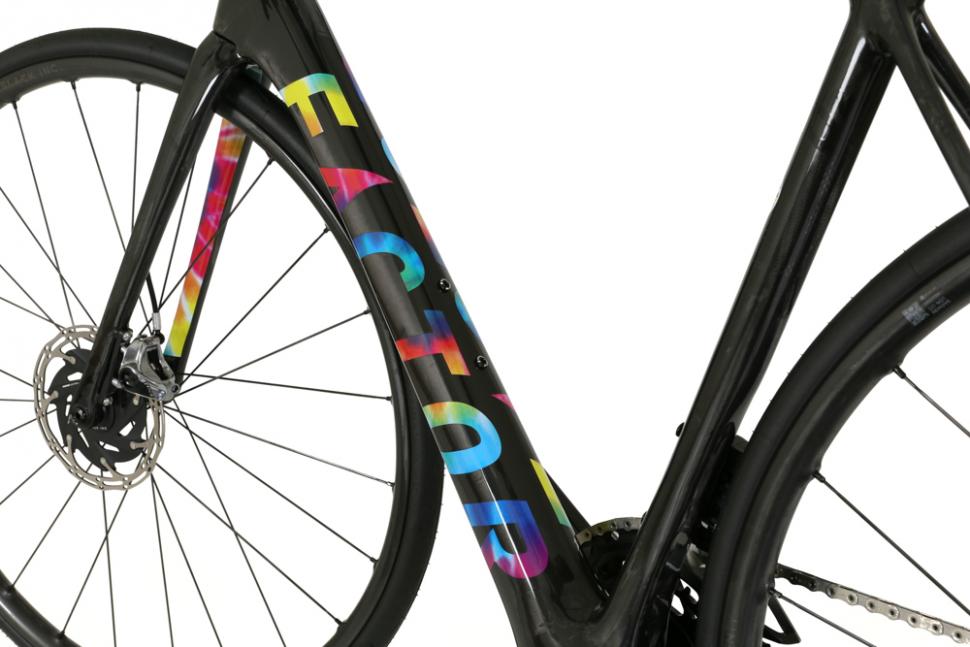 Factor says that the Twenty wheels feature a revised hub construction, though they don’t specify what has changed, apart from “an updated freehub body engagement system.” Inside, you’ll still find CeramicSpeed bearings.

The clincher wheels are available now, with the tubular wheelset coming later this year. Both cost £2,200.

We think that Factor’s big news is still to come as they have also just registered the ‘Ostro’ bike on the UCI’s approved frames list. We expect this to be an aero bike for the flatter days, but we’re awaiting more information.