Arenberg, an Australian cycling apparel brand, has launched itself into the helmet market with a road helmet that features an integrated 4K camera that is claimed to be capable of live streaming footage to their Eye app or directly to YouTube. 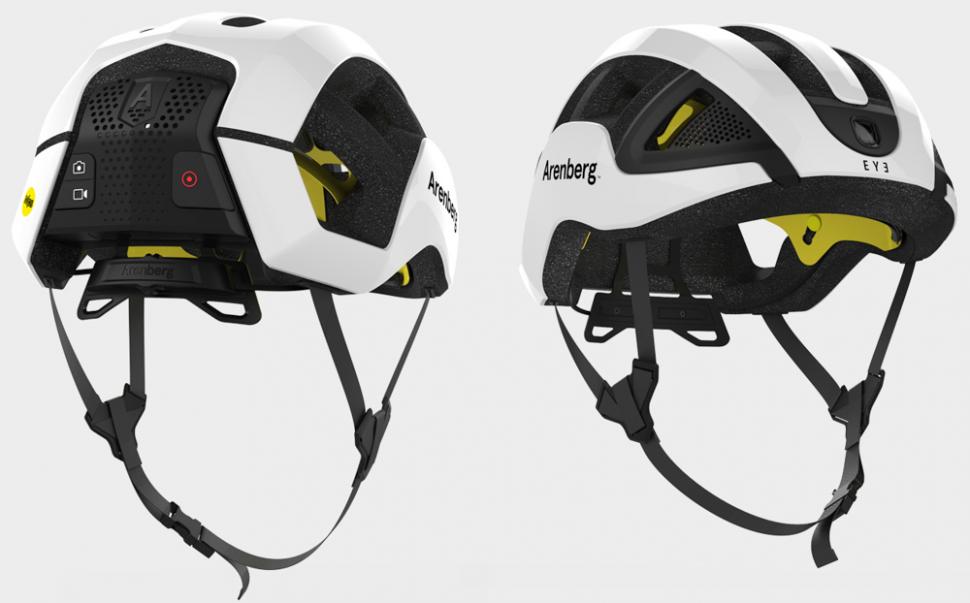 Arenberg says that the RH-1 has been in development for two years but it has this month been introduced to the public who have the option of backing the product on Kickstarter. Arenberg is looking to raise £54,300 to start the process of production.

The headline feature is the built-in camera that Arenberg says kicks out 4K video at 30fps or 1080p at 60fps with Ai image stabilisation. Live streaming your footage will bump the resolution down to 720p but Arenberg claims that you can stream or record for 3 hours on one charge. Arenberg says that the RH-1 is optimised to work with the brand’s Eye smartphone app. This claims to allow you to edit and share the footage that you film via the helmet. It is also the place where you’ll need to go to start live streaming, be that to the Eye app or to YouTube.

Arenberg says that the app will also provide data overlays, using Strava to add ride stats. You can also do this with data from “popular sports training and tracking apps,” but a list of these isn’t given. 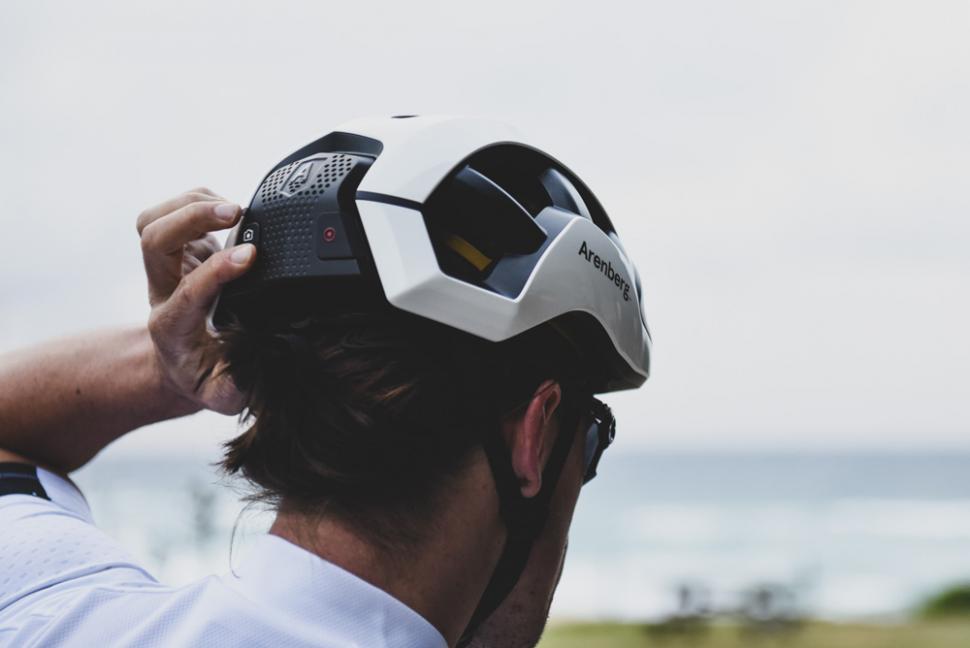 At the rear of the helmet, there is a remote control panel that allows you to start and stop recording, as well as take a photo. Arenberg says that it also has a dedicated handlebar-mounted remote and Apple watch integration for this.

Balancing all of that tech could be tricky but Arenberg says that this is something that they have achieved while keeping weight down to a claimed 375g. How will this work in the real world? We’ll have to wait until March to see if Arenberg can deliver on the performance claims.

Besides the camera, Arenberg has partnered with Mips for added protection against rotational forces in a crash. “Road Helmet One combines the features of a high-end performance helmet and quality Action Camera into a light-weight integrated solution. The integrated design also ensures that the helmet is not structurally compromised on impact by 3rd party camera brackets, causing potential injury to the rider in the event of an accident.”