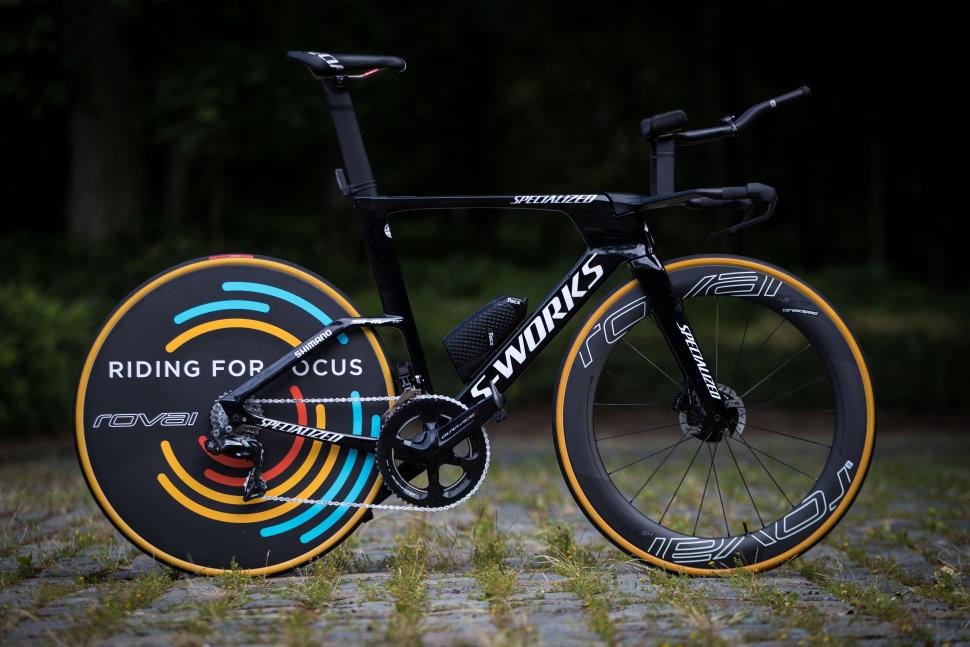 The fastest bikes of the Tour de France are undoubtedly the time trial bikes, and just before the Grand Depart Specialized unveiled its brand new Shiv TT Disc. Here’s a closer look at the speedy looking new bike being ridden by Bora-Hansgrohe and Deceuninck - Quick-Step. 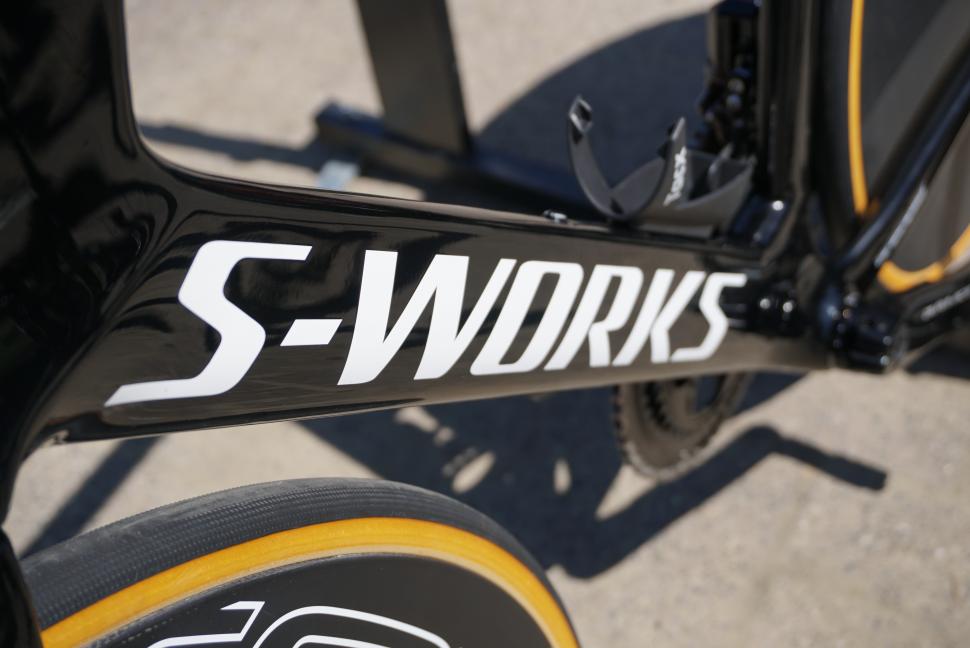 The Shiv TT Disc is all-new and is based on the triathlon version of the bike announced last year, albeit without all the fuel and hydration cells. This is a UCI legal version that really pushes the limit in terms of what is possible with a time trail bike within the strict boundaries placed on bike design by the UCI’s rulebook. 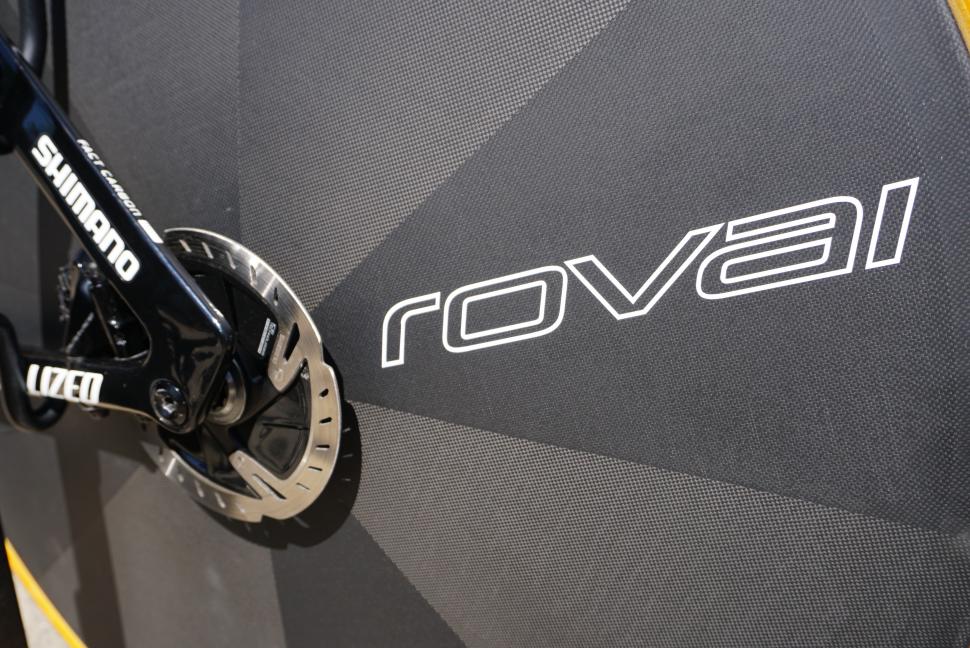 Firstly, it’s designed entirely around disc brakes and only accepts electronic groupsets - mechanical gear cable routing is much trickier to integrate into such a complex frame design. And since the pros only use Di2 groupsets anyway, this specificity of design is understandable. Specialized claims to have developed a new Shiv that is as aerodynamic as the bike it replaces, but with a 500g lighter frame, thanks to the visibly smaller tube profiles, and improved handling, something that is often neglected on time trial bikes that are good in a straight line but woeful in the bends. The biggest departure from all other time trial bikes is the slimmer seat tube. Usually, designers curve the seat tube to hug the rear wheel as much as possible. That’s not the case here. Apparently, this is because the new Roval 321 disc wheel that Specialized has developed is so aerodynamic it doesn’t need to be sheltered behind the seat tube, so they were able to maintain the low drag while slimming the seat tube to save weight.

Slotting into the new seat tube is the same aero seatpost as first developed for the Venge. An internal clamp secures it in place and is easily accessed from the top tube. Dropped seat stays are increasingly common on road bikes, for reasons to do with improved aero and increased comfort. The new Shiv has dropped stays with a long kink where they attach to the seat tube. Specialized says they are right at the UCI’s limits and in their words are “invisible to airflow” as well as providing a stiff frame for handling your power. 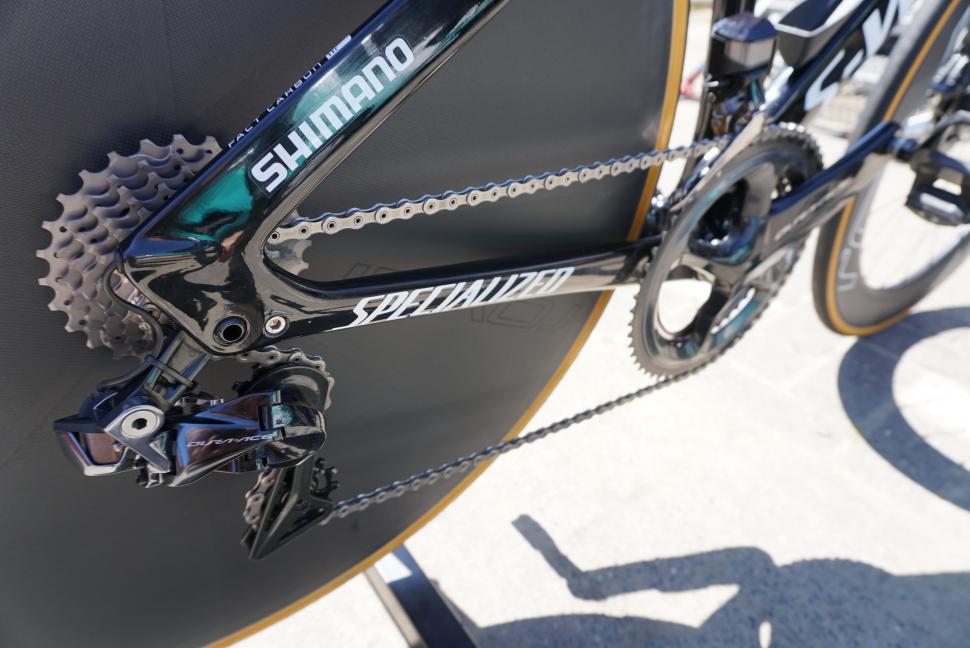 Both Bora-Hansgrohe and Deceuninck - Quick-Step use Shimano Dura-Ace Di2 groupsets with Roval wheels. They’re using the new Specialized one-piece handlebar and extensions that is the smartest we’ve yet seen on a time trial bike. It’s endlessly adjustable for different fit and aero requirements. 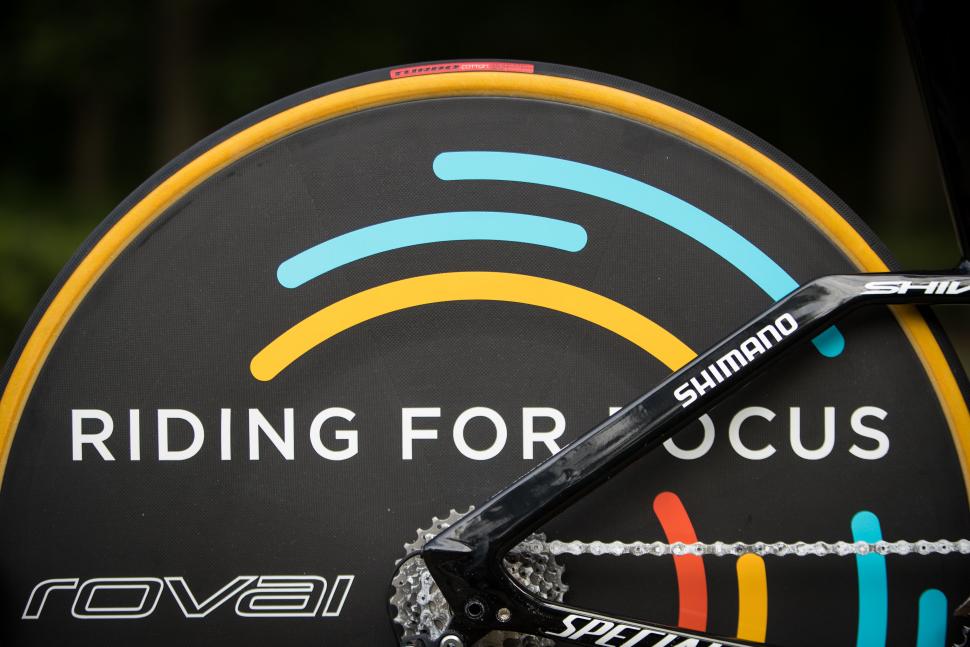 The Deceuninck - Quick-Step  team was using disc wheels emblazoned with “Riding for Focus” to bring attention to “the Specialized Foundation’s commitment to help students use cycling as a tool to achieve academic, health, and social success.” 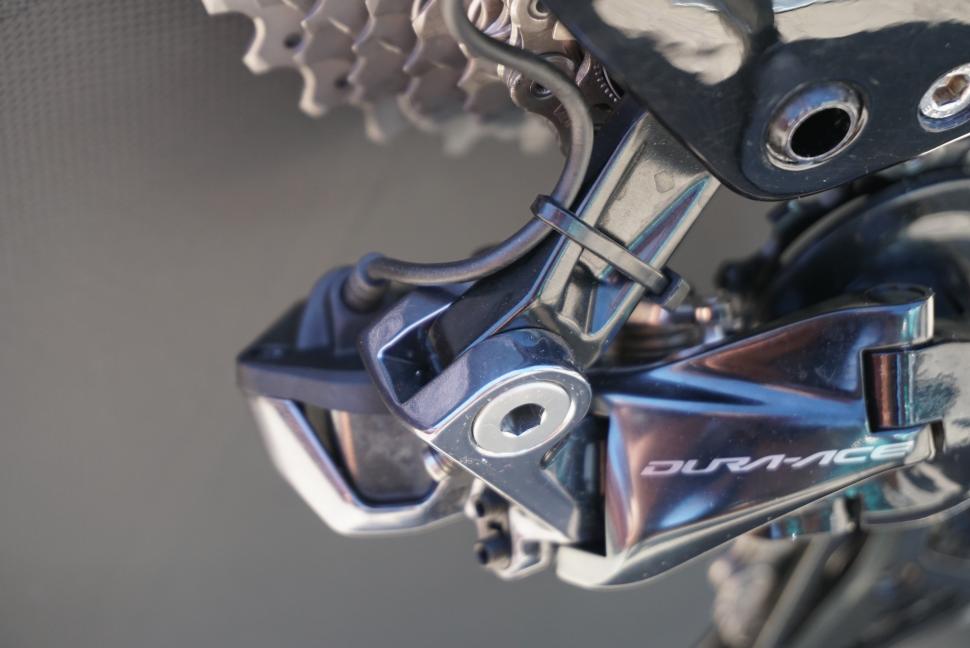 It's all about the details. The mechanics have zip tied the Di2 cable to the mech hanger to prevent it being pulled out accidentally, or in a crash perhaps. Neat idea. Time trial bikes are so fast they have to gear up. This bike was sporting a 56/44t chainset. Can you imagine turning such a big gear?! Stubby nosed saddles have always been seen on time trial bikes, it's to do with the UCI rules and let the rider get as far over the bottom bracket as is legally allowed. Interestingly, this rider was using a women's Specialized Mimic saddle. 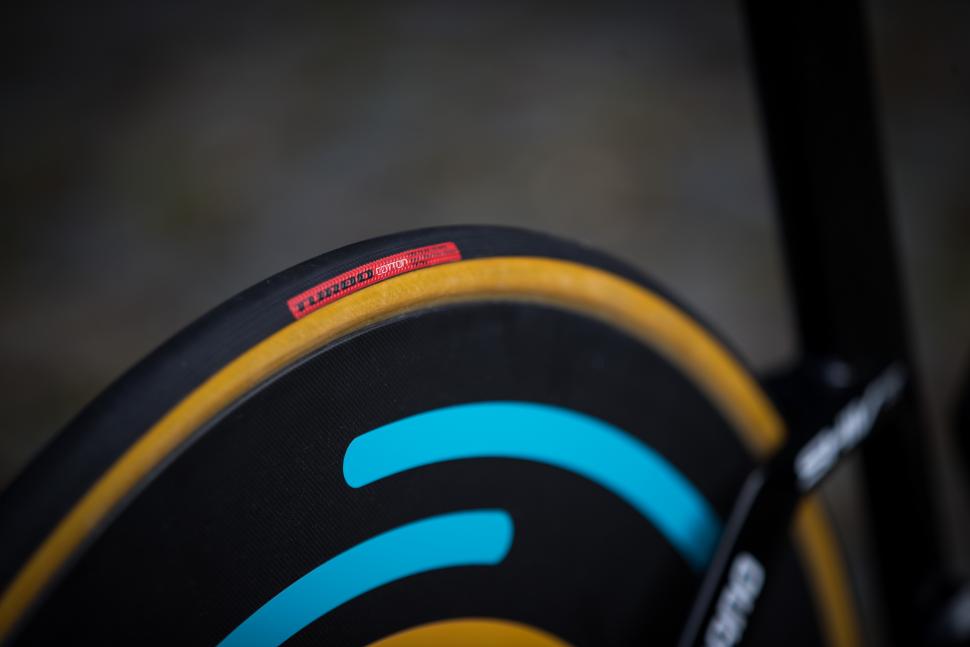 The other interesting detail is the choice of tyres. The team have been helping Specialized develop clincher and tubeless tyres. Both teams were on clincher Turbo tyres instead of the more common tubular tyres favoured on the road bikes.