Look away no if you’re not a fan of 1x. British company Vielo has followed up its V+1 adventure bike from a year ago with the brand new R+1, a carbon fibre road bike built entirely around a 1x groupset with space for up to 30mm tyres. 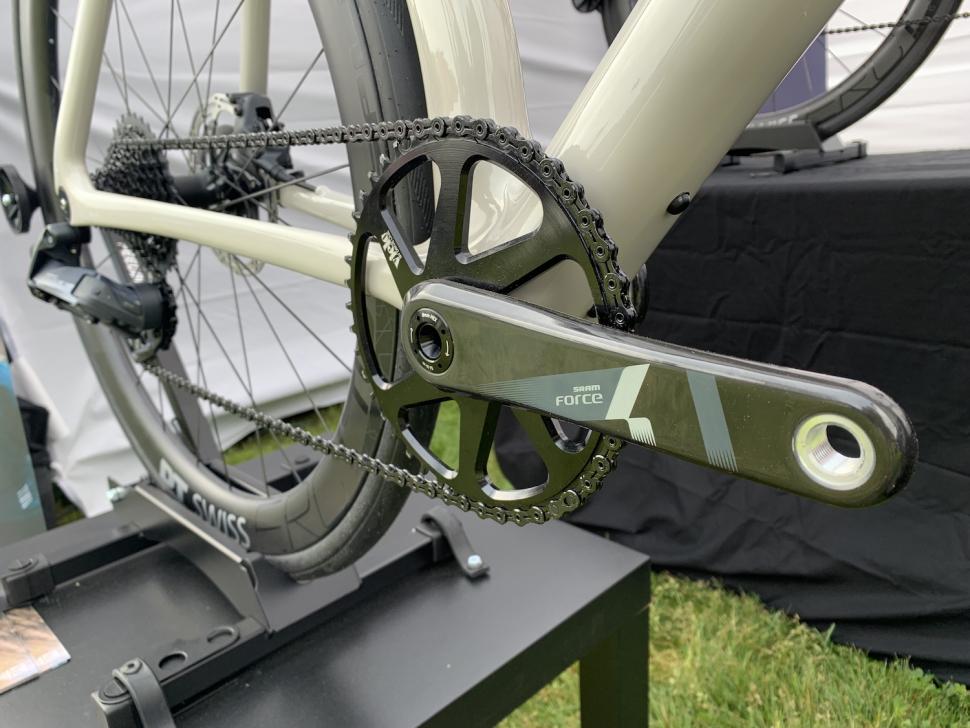 The British company is clearly a believer in the benefits of 1x. It first demonstrated this with the all-road V+1, and with the R+1 it says it has been able to optimise the frame to provide improved stiffness, aerodynamics and comfort.

“Vielo’s focus is to provide the rider a huge performance gain in frame lateral stiffness around the BB area (30% stiffer than a 2x frame), additional comfort through chain stays and seat stays, plus some detailed aero touches,” explains the company. 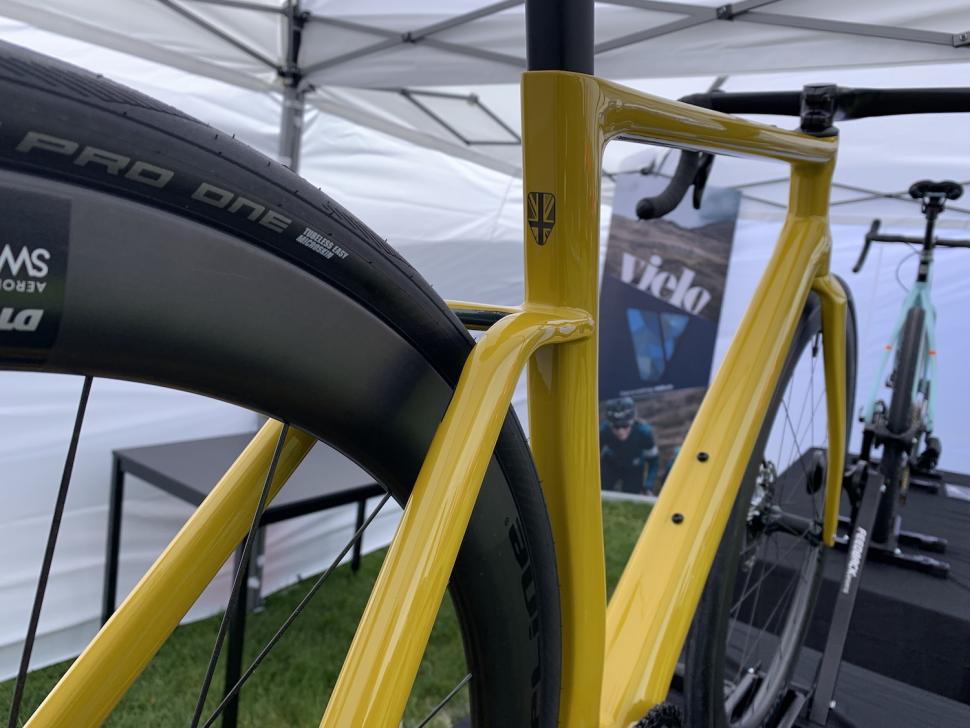 There’s a lot of interesting tube shaping going on. A defining feature is the stepped dropped seatstay design, intended to keep the stays out of the airflow to reduce drag, and also allow a level of compliance to produce a smoother ride on rough roads. 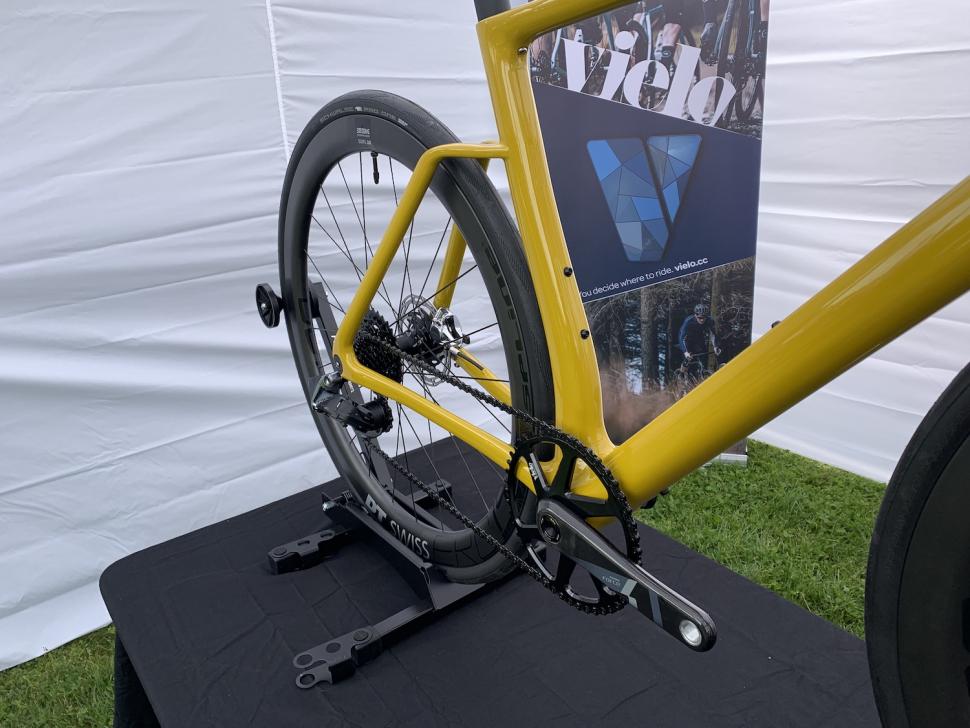 To further improve the aero performance, the seat tube and down tube have a Kamm Tail shaped to reduce drag. There’s also a third bottle cage under the downtube and a fuel box module mount on the top tube. 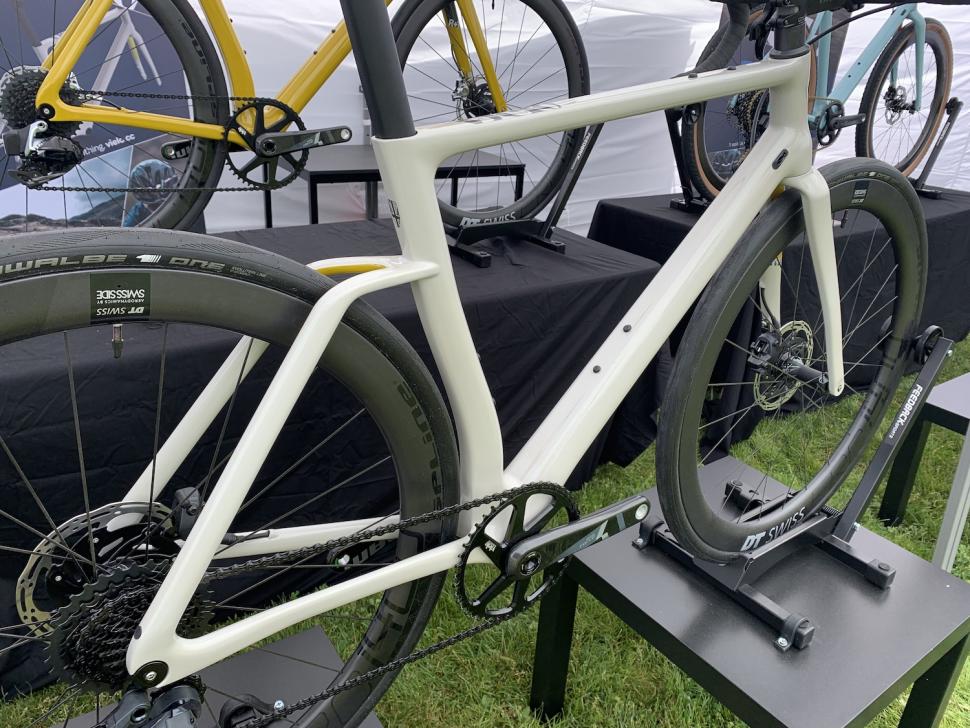 The handlebar and stem has been designed to internally route all cables in a further drag reducing measure. Other neat details include stainless steel scratch guards on the frame and fork. 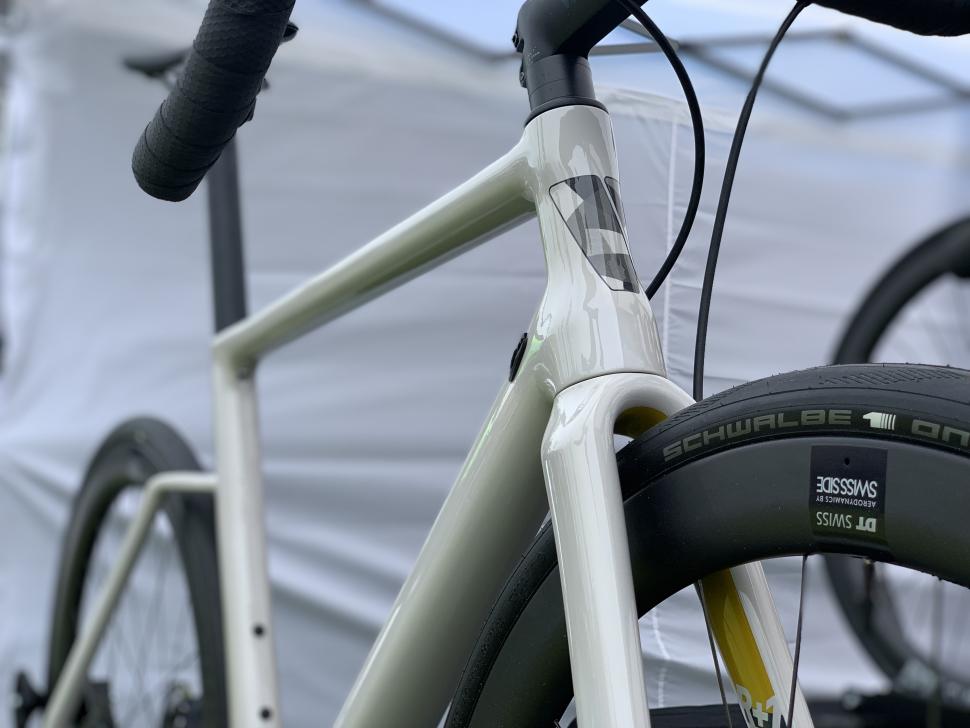 Like the 3T Strada, the new R+1 has been designed around wide tyres, in this case a 30mm tyre. It’s about embracing the comfort benefits of wide tyres but ensuring optimum aerodynamics.

Ramping up frame stiffness is a wide bottom bracket and symmetrical down tube junction. The chainstays have been shaped to provide additional lateral stiffness. It’s obviously disc brakes only flat mount calipers, accommodating 140mm out back and 160/180mm up front. The seat tube will accept a dropper post if you’re planning to get a bit rowdy.

The new R+1 will be available in two versions, the R+1 UD frameset with seastpost costing £2,699, and the higher-end R+1 UDG with stem, handlebar and seatpost and costing £3,999. 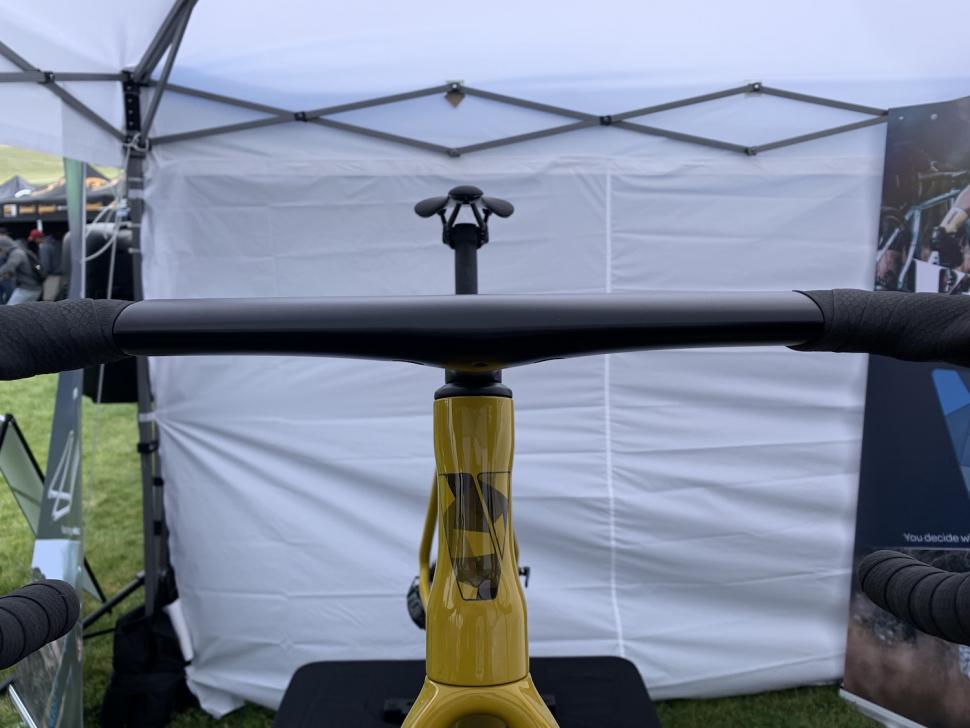 The difference between the two frames comes down to the carbon fibre layup, which means the UD frame will be a little heavier,  but all the tube shapes are shared across them both. The UDG does get the company’s own handlebar and stem for full internal routing to produce a really clean looking bike. The UD frameset uses a regular handlebar and stem.

Sea Otter is the launch event for the new bike over in that sunny California, and it’s displaying bikes built around SRAM’s brand new Red and Force eTap AXS groupsets.