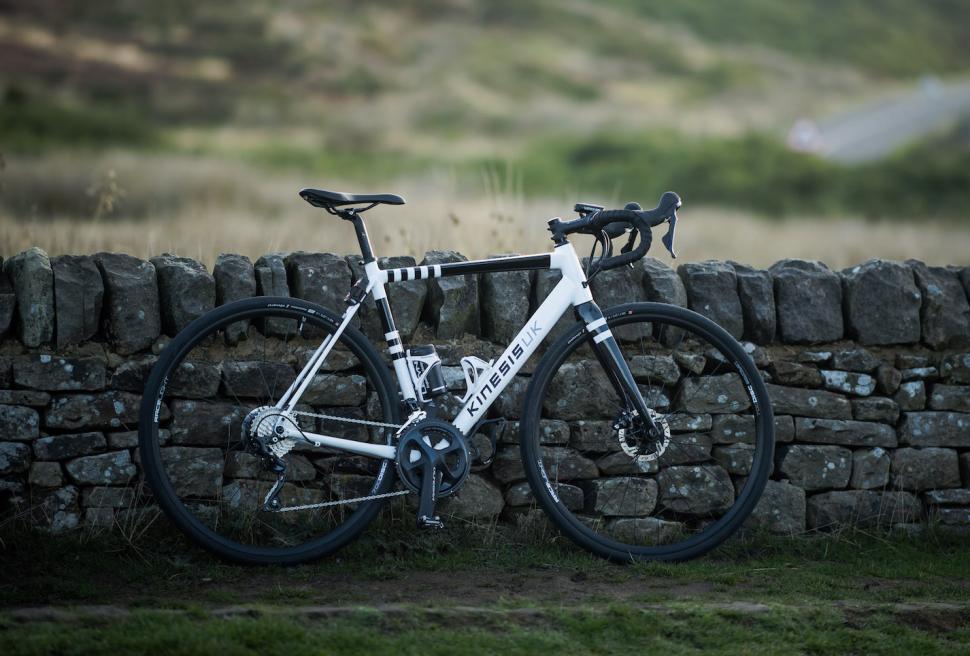 Through smart design and an understanding of the demands of long-distance cycling and racing, Kinesis UK has aligned itself with cyclists looking for affordable and durable bikes aimed at riding a long way, whether it’s tackling the Transcontinental Race or more local rides. The new RTD is a case in point, a £850 frameset with a Columbus carbon fork, disc brakes and space for up to 34mm tyres and geometry aimed at the ultra-distance racer. Much of the new RTD owes its inspiration to the Tripster AT that was launched last year and its development with the late Mike Hall, founder of the Transcontinental Race which Kinesis has been involved with since 2016.

“The RTD is very much inspired by the TCR racers pushing their limits every day, the race itself and Mike,” explains the company. “Kinesis UK are keen to point out that the sale of RTD frames directly feeds back into the financial support given by the brand to TCR race as a sponsor.” 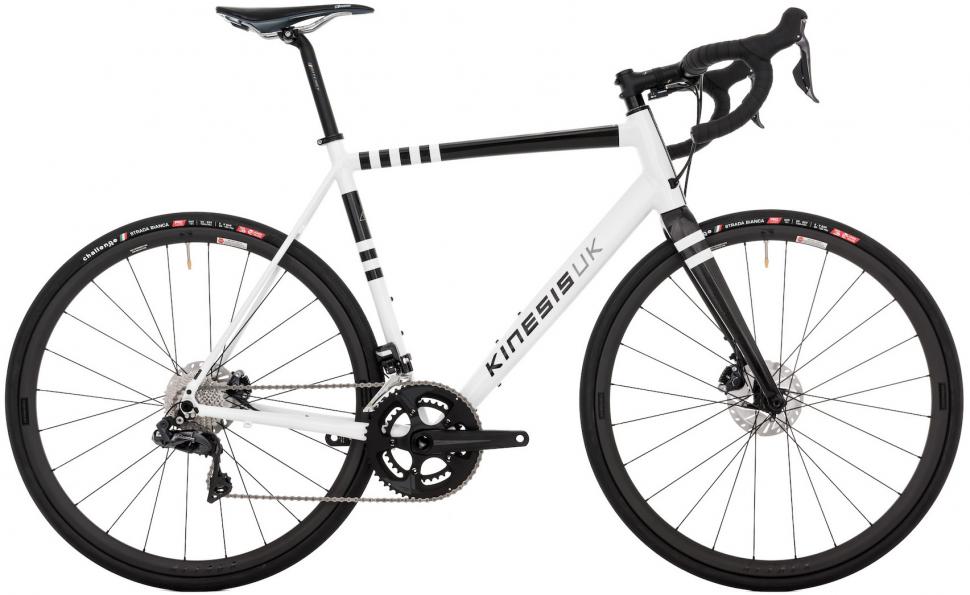 So the new bike then. It’s made from Super Plastic Formed Scandium aluminium with clearance for up to 34mm tyres without mudguards, reducing to 30mm if using the mudguard eyelets. The frame uses the ubiquitous flat mount disc brakes and 12mm thru-axles and features a 68mm external threaded bottom bracket and has space for three bottle cages, for those long rides when you need a lot of water. A tapered head tube, compatibility with 1x, 2x and Di2 groupsets and a 27.2mm seatpost complete the list of details. 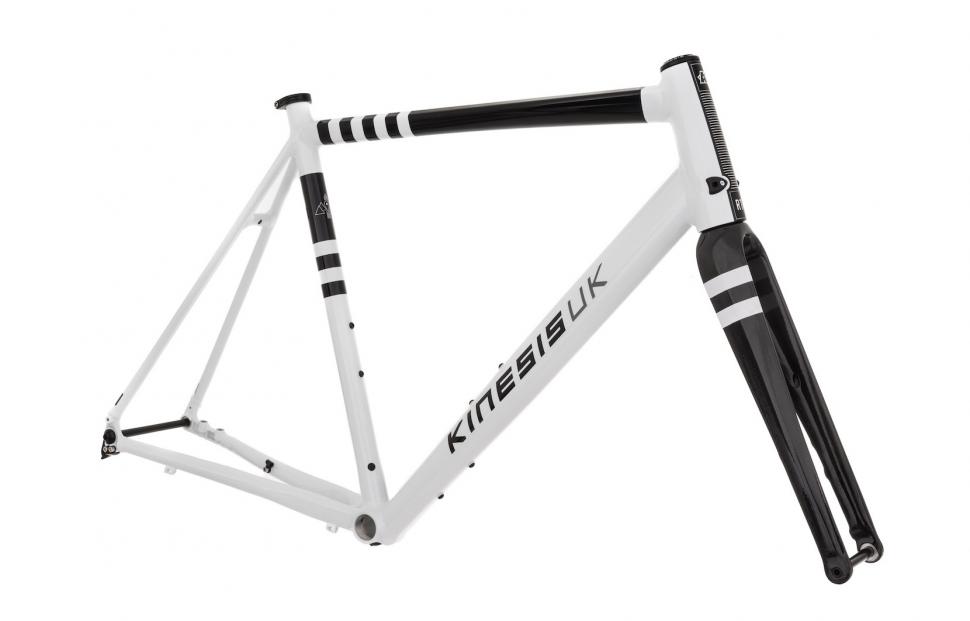 Kinesis has developed the Scandium frame to deliver “fast riding performance with all-seasons features” and the proprietary Super Plastic Forming (SPF) allows for lighter tubes and more intricate shapes to be created compared to the more common hydroforming technique, according to the company.

It has used a very oversized down tube, flared top tube and tapered head tube to deliver suitable frame stiffness, while a 27.2mm seatpost and flattened seat stays help to provide a bit of bump-absorbing comfort. On the scales the frame weighs a claimed 1,530g for a size 55.5cm which is certainly a decent weight for the sort of riding this frame is intended for. 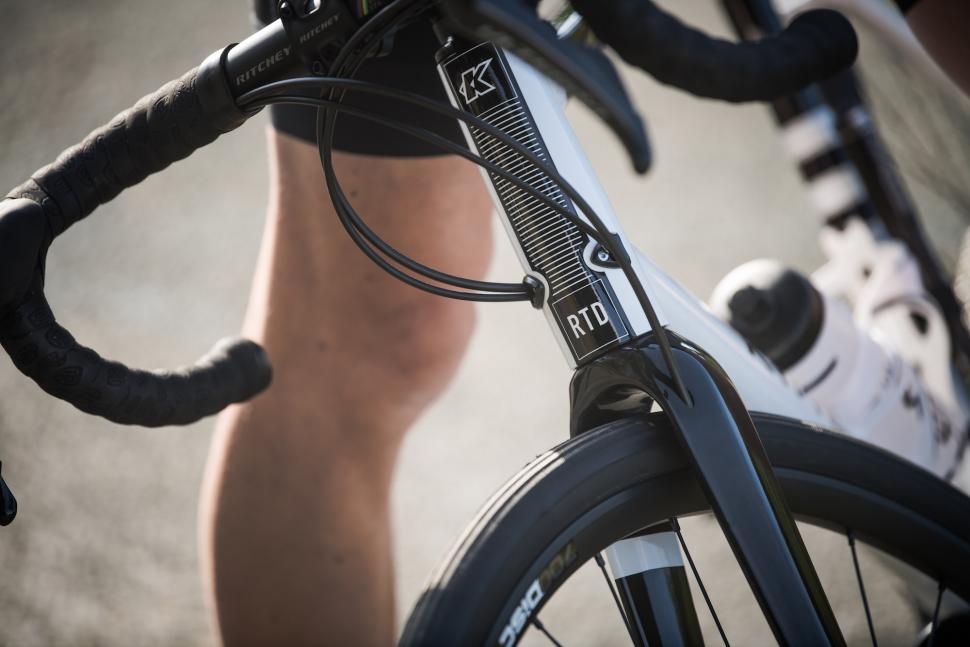 The head tube is worth drawing your attention to, as it’s an all-new design for the company. It’s tapered, with a larger lower headset bearing for increased frame stiffness, but it now has integrated cable ports for the gear cables and brake ones. This removes the cable ports from the down tube which ensures this main structure of the frame can be as strong and clean as possible.

Typically Kinesis has developed its own carbon forks but it’s taken a different approach this time, speccing a Columbus Futura carbon fibre fork. It has clearance for up to 40mm tyres without mudguards or 30mm with mudguards, has a 12mm thru-axle and the graphics match the frame. It weighs a claimed 450g.

More about those graphics then. Kinesis worked with Mike Hall to develop a range of graphics and design details inspired by the TCR for the AT, and the new RTD follows the same direction. There are four bands on the top tube to represent the four checkpoints of the Transcontinental, and the other graphics were a collaboration with Mike and Kinesis designer Matt Gray.

“Drawings from Mike showed the bold graphics marked as black on a simple white background and both agreed the pure simplicity of this two-tone approach really struck a chord with the stripped back nature of bike packing races,” explains the company. It’s sold in just the pearl white with black graphics and comes with a 3-year warranty. There’s more info at www.kinesisbikes.co.uk/Catalogue/Models/Racelight/RTD

You’ll be able to see the new RTD for the very first time at the Cycle Show this weekend.