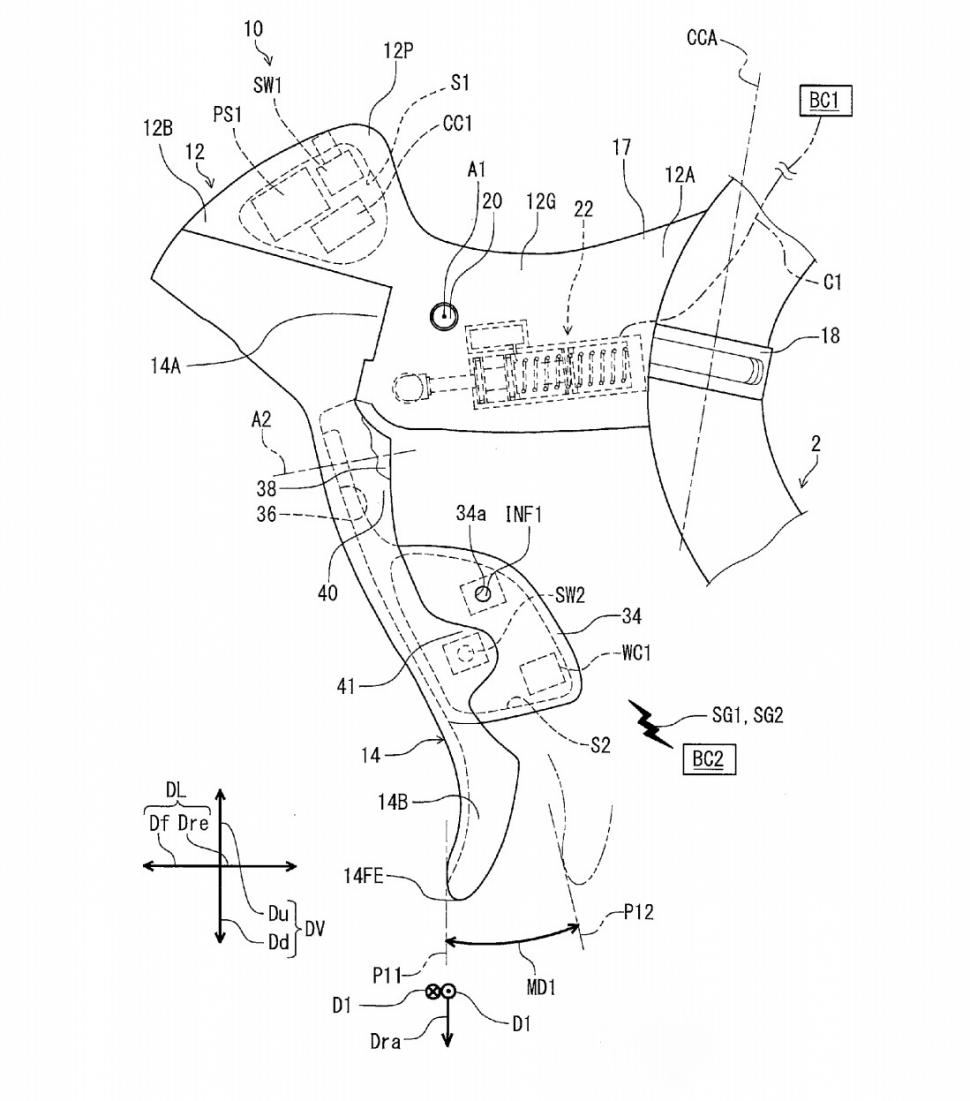 A patent application published earlier this month suggests that Shimano could be planning to introduce wireless electronic shifting.

Let’s say right away that a wireless Shimano system isn’t necessarily going to happen. In common with many other technology giants, the Japanese brand applies for patents for loads of designs that don’t make it to market… but this one’s certainly possible.

Shimano has intimated in the past that it’s not particularly interested in wireless shifting because it doesn’t believe there’s a demand for it from either pro teams or the bike buying public. We’ve known for a long time that Shimano has tested wireless shifting in-house and one insider has told us that there’s no prospect of it happening unless the performance can match that of cable-operated Di2. That’s asking a lot.

On the flip side, in our technology-driven world wireless is generally perceived to be A Good Thing, and assembling a bike is a whole lot quicker without shift wires/cables. Ask anyone who has set up a SRAM Red eTap system – it takes minutes. That could mean lower assembly costs for bike manufacturers, so we’d be surprised if Shimano wasn’t still considering the possibility of going wireless at some point.

The patent application (number 20180057102, if you want to look it up) for a ‘bicycle operating device’ was filed in August 2016 and published on 1st March 2018. It relates to a dual control unit that provides hydraulic braking (no cable operated brake system is mentioned). Various versions of the design are included. “The wireless communicator is electrically connected to the electrical switch to wirelessly transmit a signal to an additional component in response to the input operation,” says the patent.

Most patent applications are written in the kind of language that no one actually speaks. Essentially, you press a lever on the dual control unit and operate the derailleur wirelessly – or, according to Shimano, the lever could operate a different component, such as suspension, a dropper seatpost, a cycle computer or a mobile phone.

With Shimano’s current Di2 design you get two separate levers that sit behind the brake lever and a button under the brake hood. You can configure these in various ways but most people have one lever operate upshifts while the other takes care of downshifts.

Interestingly, the design on the patent application has just a single lever behind the brake lever. As with Shimano’s mechanical systems, the brake lever has a dual function, pivoting inward to operate another component – which would usually be a derailleur.

No details are given relating to the wireless communication system that would be used. 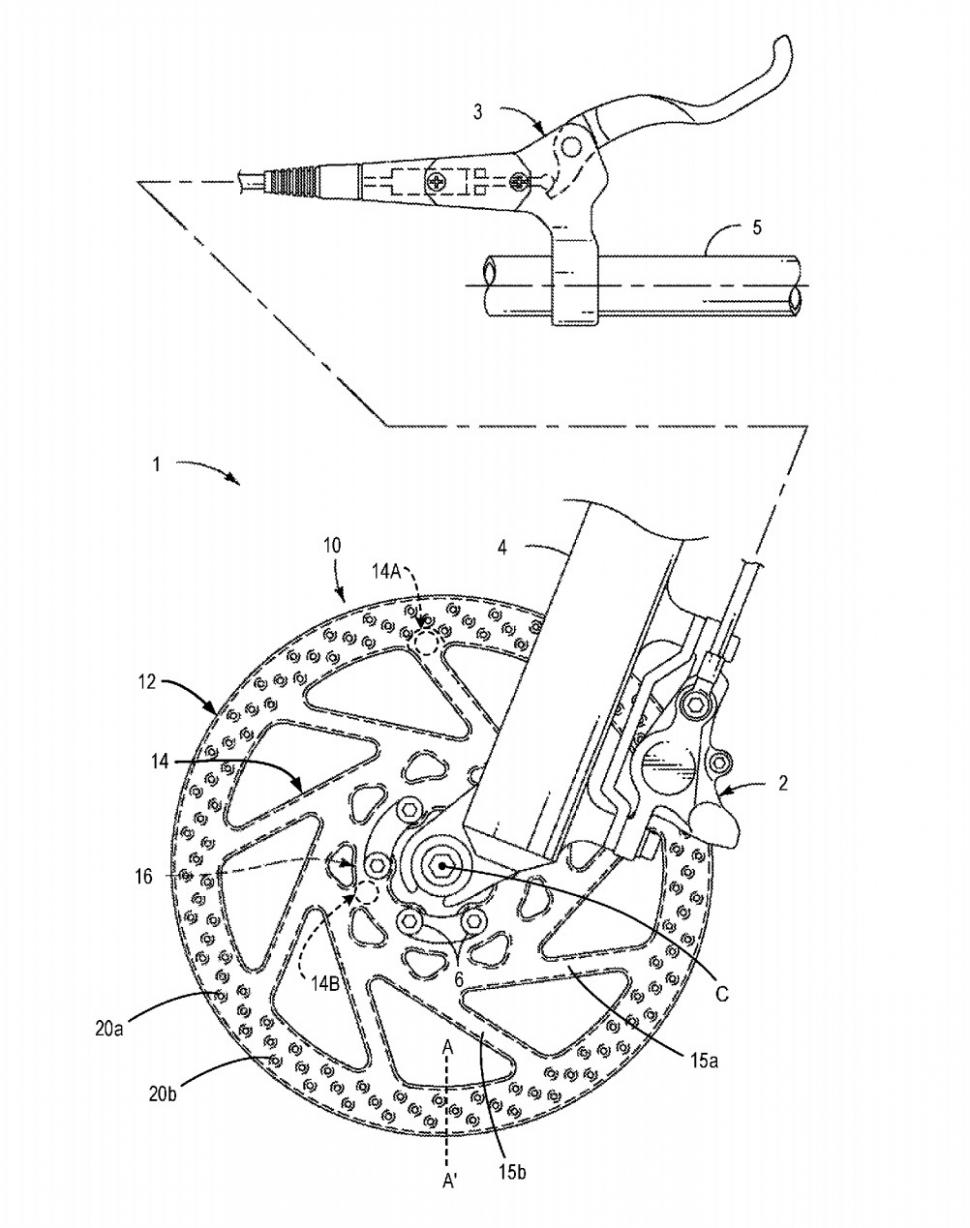 Shimano filed another patent application in 2016, published last month, for a disc brake rotor where the braking surfaces are made of copper or a copper alloy with a layer of aluminium or aluminium alloy between them.

“One potential advantage of such a configuration is that the heat conductivity and powerful braking properties of the copper or the copper alloy and the heat dissipation of the aluminium or aluminium alloy are combined,” says Shimano.

The patent application also covers layers of iron or an iron alloy (presumably steel) with layers or copper. No mention is made of the composition of the pads that would be used with these rotors. Two further Shimano patent applications relate to disc brake rotor covers. They were filed in June last year, presumably in the light of concerns over the safety of disc brakes in the pro peloton.