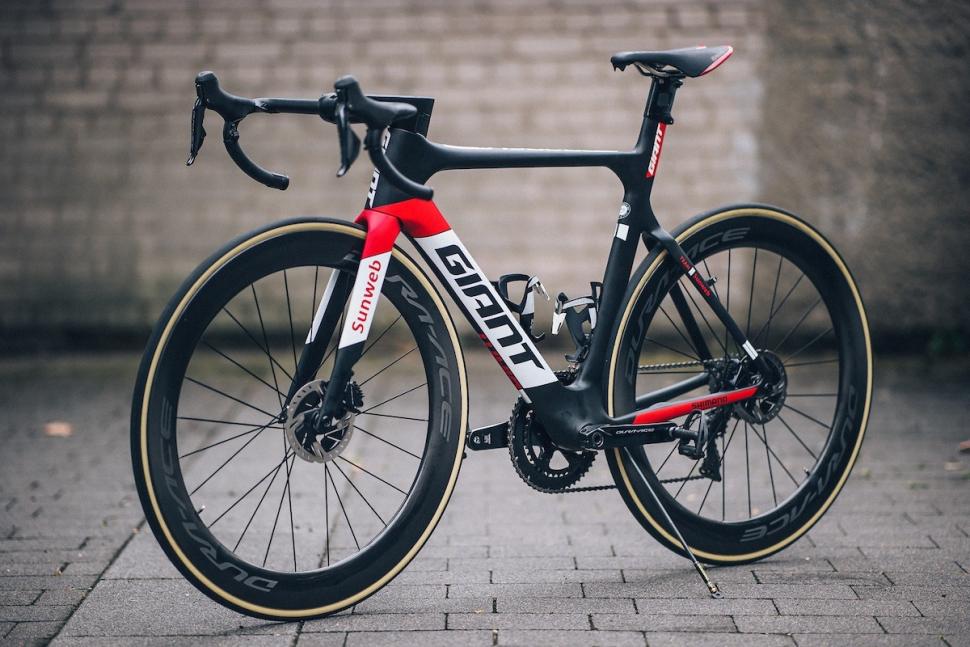 That Giant has unveiled a Propel, the company’s dedicated aero road bike, with disc brakes, is no great surprise. The model has been listed on the UCI’s list of approved equipment for some time, and with disc brakes on the rise and the age of the current Propel, an update was a given.

While the new bike has been unleashed at the Tour, Giant hasn’t yet given any indication of a full range of production bikes just yet, we expect that to happen at Eurobike later this year. That also means we don’t have any concrete details on the new bike. We've contacted Giant but they're not providing any details yet, but we can expect some announcement soon. Until then, we can only speculate on the new bike. 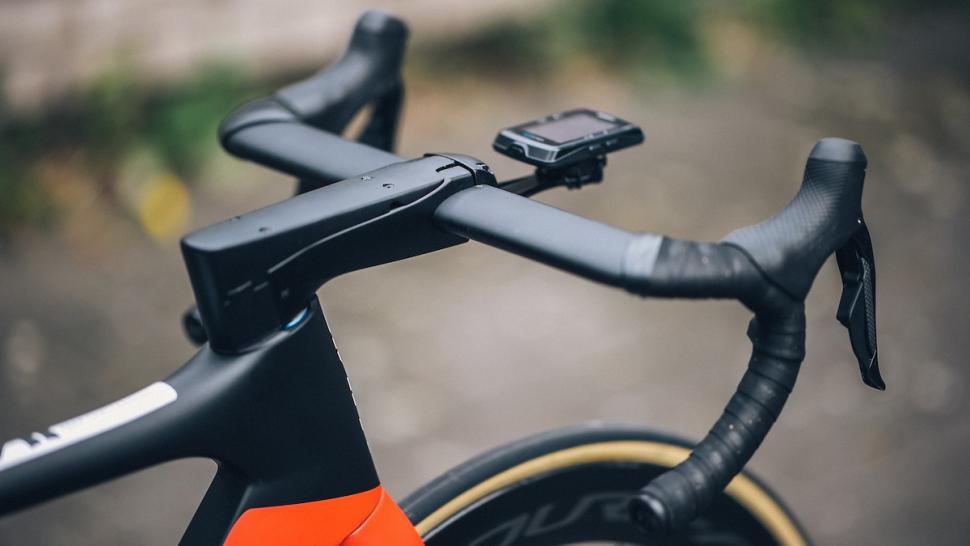 The immediate change is very obvious: it's sporting disc brakes for the first time in the Propel's history. Giant went big on disc brakes with its Defy endurance bike a few years ago, and the TCR Advanced SL followed suit last year. The Propel appears to get the now standard 12mm thru-axles front and rear with flat mount disc brakes.

The other big change is the stem. It's clear Giant has tried to maximise the integration of the new bike to reduce drag as much as possible, and it appears all the cables and hoses are routed inside the stem and straight into the frame/fork. This follows the general trend with all modern aero road bikes to clean up the front end of the bike and hide all cables away to improve the aero efficiency. 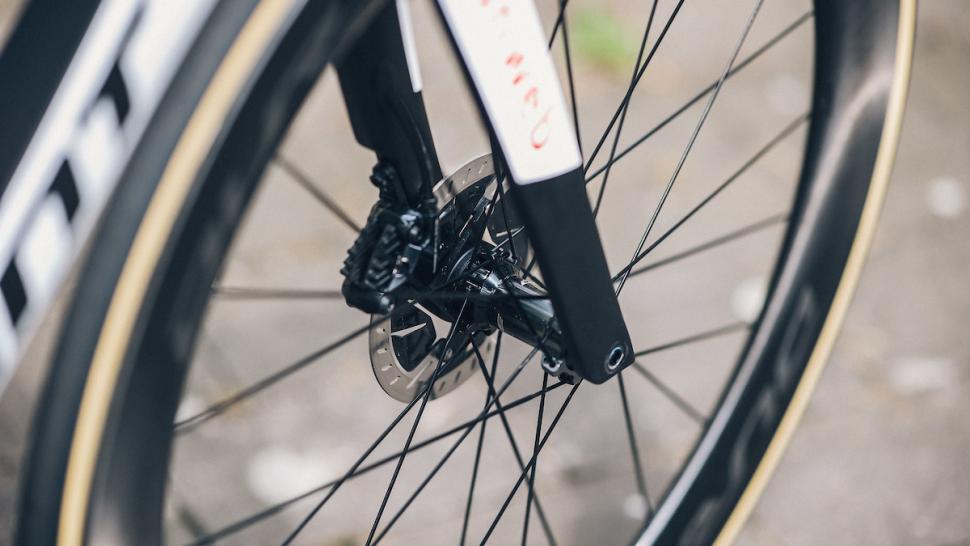 It will be interesting to see inside it and just how Giant has managed that, but we have seen similar internal routing from other brands, namely BMC and its Roadmachine endurance bike. The Swiss company developed a stem that routes the brake hoses into the frame. It has achieved this by using a steerer tube with flat sides which provide space for the cables and hoses to pass through. We expect Giant has used a similar solution. 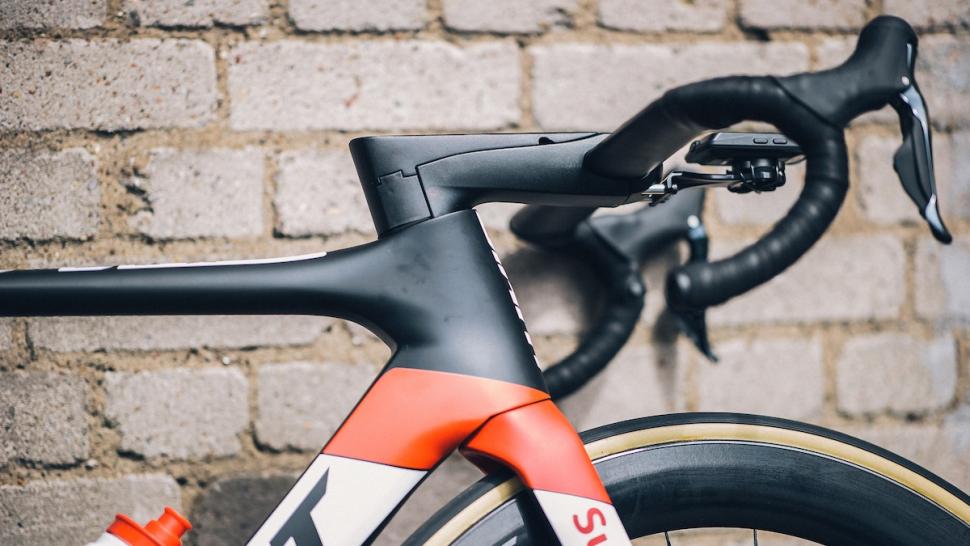 Other than those obvious changes, we’re betting Giant has refined the shape of all the main frame tubes to reduce drag over the previous version. It’s likely they’ve reduced weight as well, and stiffness and comfort are likely better balanced than the previous version, and the top tube/seat tube junction is slightly different. There’s an integrated seatmast on this bike, as all top-end Giant road bikes do. Lower models usually come with more versatile seatpost arrangements. 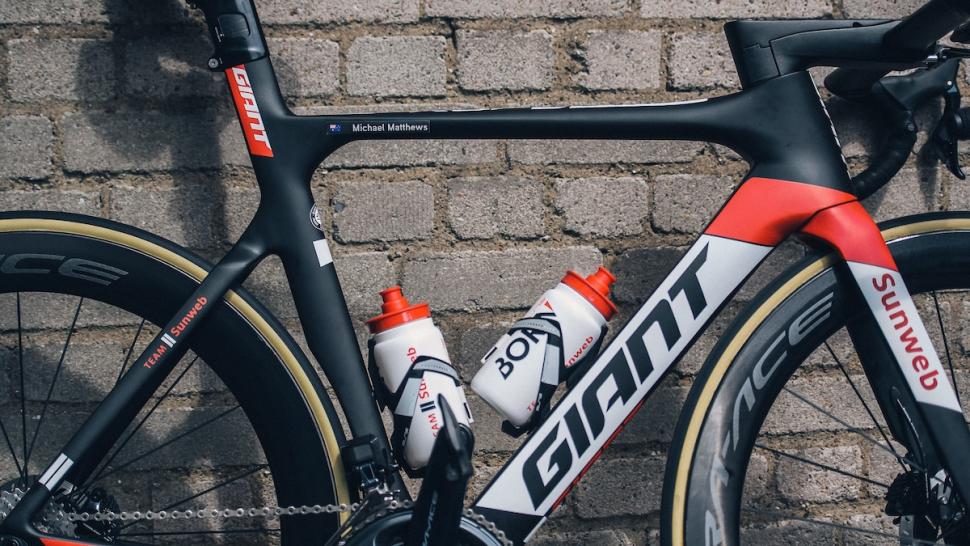 When compared to the Propel we reviewed last year, there are clear differences between the two bikes in terms of tube profiles. The down tube is noticeably different. 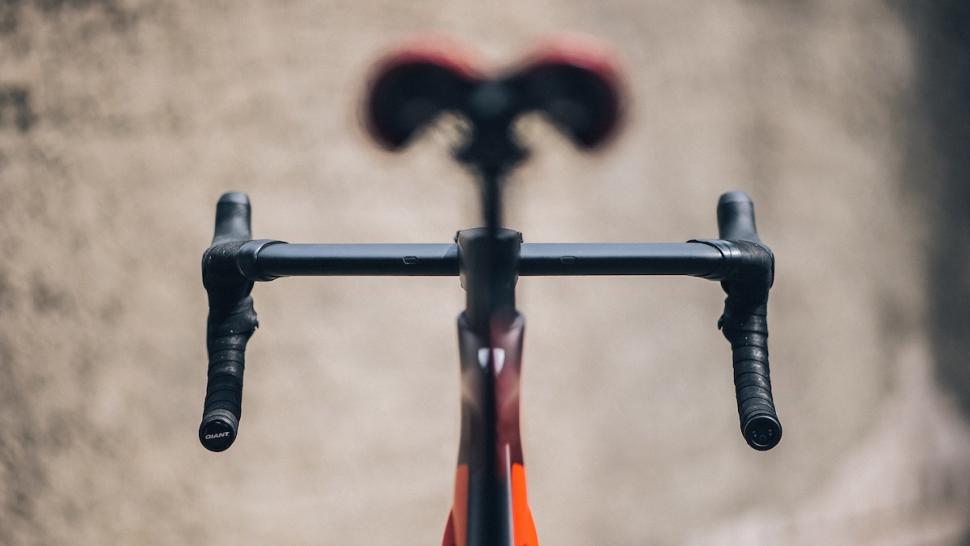 The bike pictured has been decked out in the latest Shimano Dura-Ace Di2 R9170 groupset, with the distinctive new rotors that are designed to reduce heat buildup compared to Shimano’s previous generation disc brakes. Wheels are also from Shimano, the deep section C60 tubular wheels with disc brake hubs. Tyres don't have any logos on them, but we presume they're from Vittoria. All the finishing kit, including the aero handlebar and saddle, are from the Giant Bicycles stable.

More Tech from the 2017 Tour de France for your reading pleasure here.