Bespoked 2017 is next weekend, here are 10 reasons to attend the UK's only handmade bicycle show
by David Arthur @davearthur

The Bespoked show, the UK’s only celebration of handmade bicycles, will descend on Brunel's Old Station in Bristol next weekend (7-9 April 2017) and to whet your appetite we’re going to provide a sneak preview of some of the bikes you can expect to see at the show.

We’re not going to give it all away, you’ll have to attend the show to see all the beautiful bikes for yourself, but here are 10 reasons you'll want to visit the show. We'll have another preview next week.

You can find out all details about the show and buy some tickets over at www.bespoked.cc. Tickets cost £15 or £25 for all three days. There’ll be bicycle parking if you want to ride there, there are car parks nearby if you’re driving and there are good public transport options - the show is right next to Bristol Temple Meads railway station. 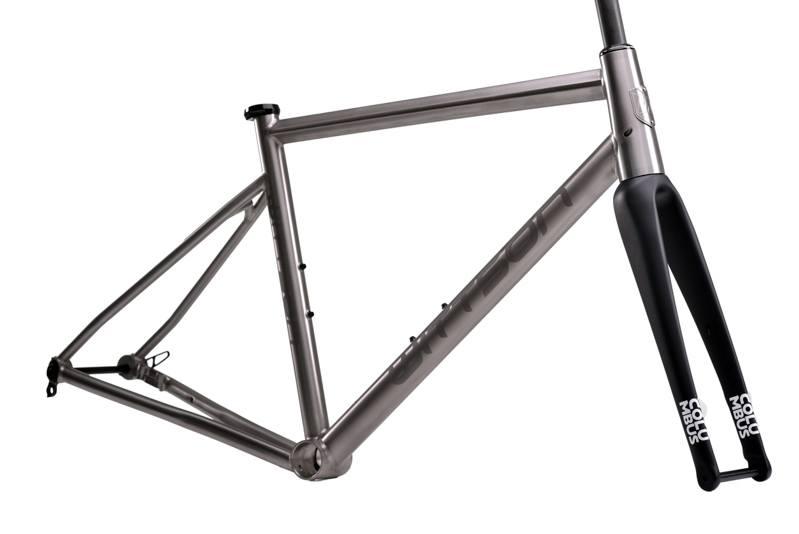 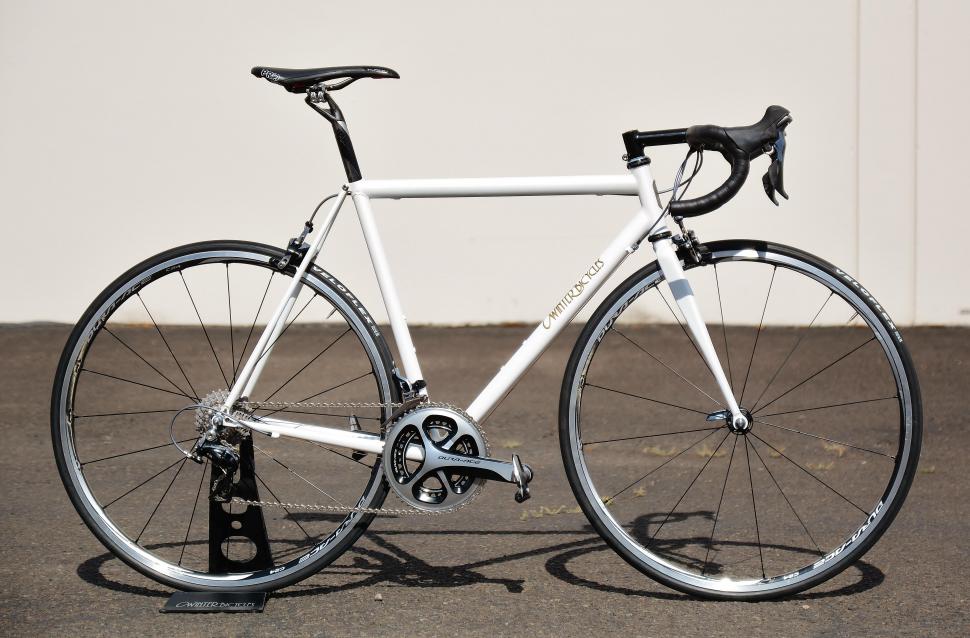 It’ll be the sixth year for US brand Winter Bicycles, a manufacturer not only of bikes but also accessories like forks, racks and other fittings. It’ll be showing a disc-equipped road bike and a 650b disc all-road model. 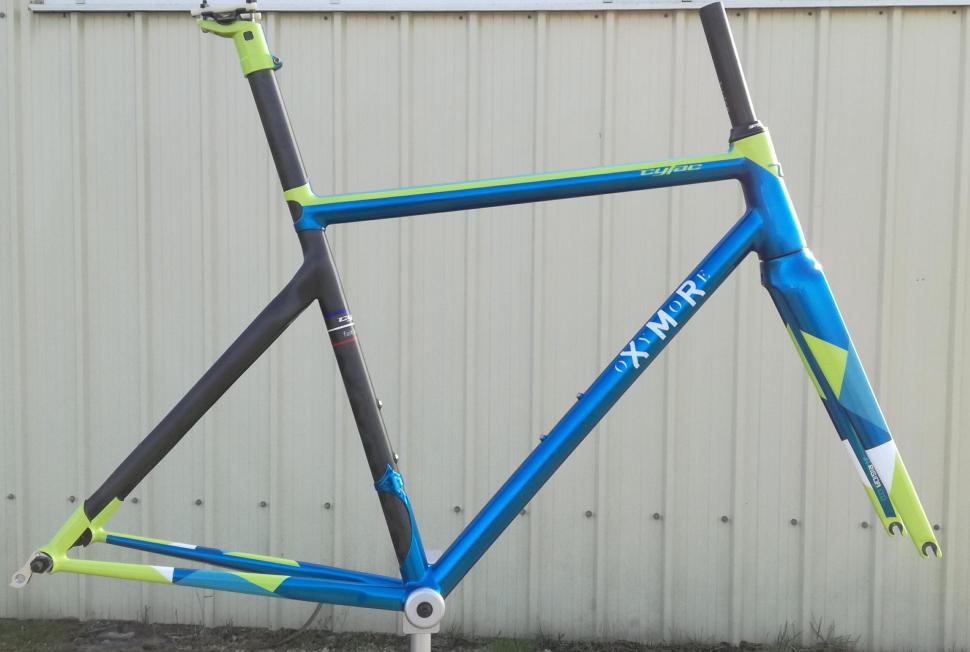 French brand Cyfac will be presenting the new Oxymore 2, a bike that combines most of a steel frame with an extended carbon fibre seat tube and seatstays. 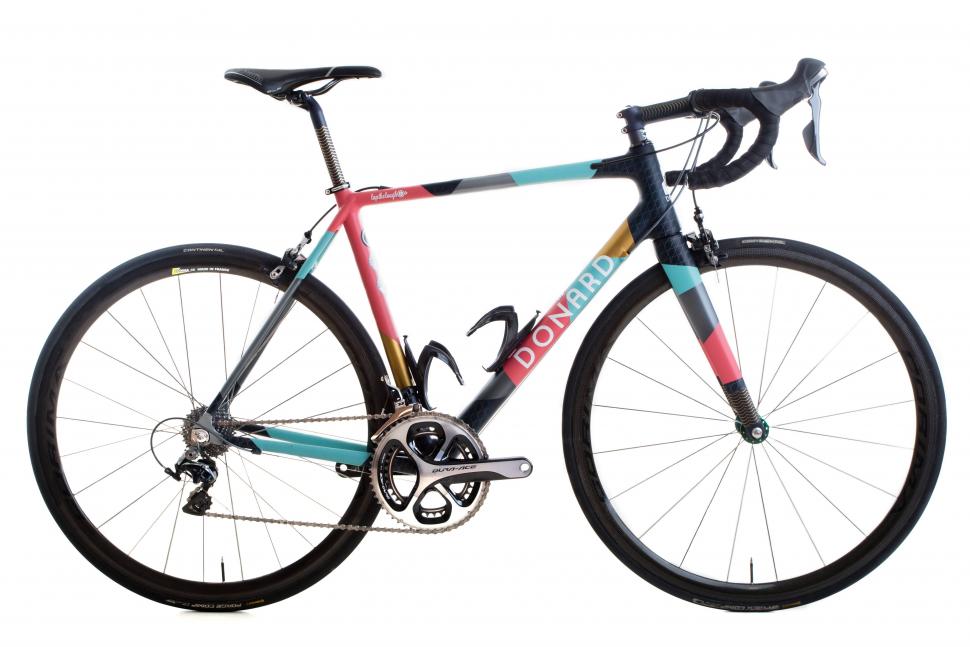 It’ll be the first time at Bespoked for Donard Bikes, a carbon fibre frame builder from Northern Ireland. Every part of the frame is custom made, including the tubes and dropouts, and each frame is tested in-house before being presented to the customer. 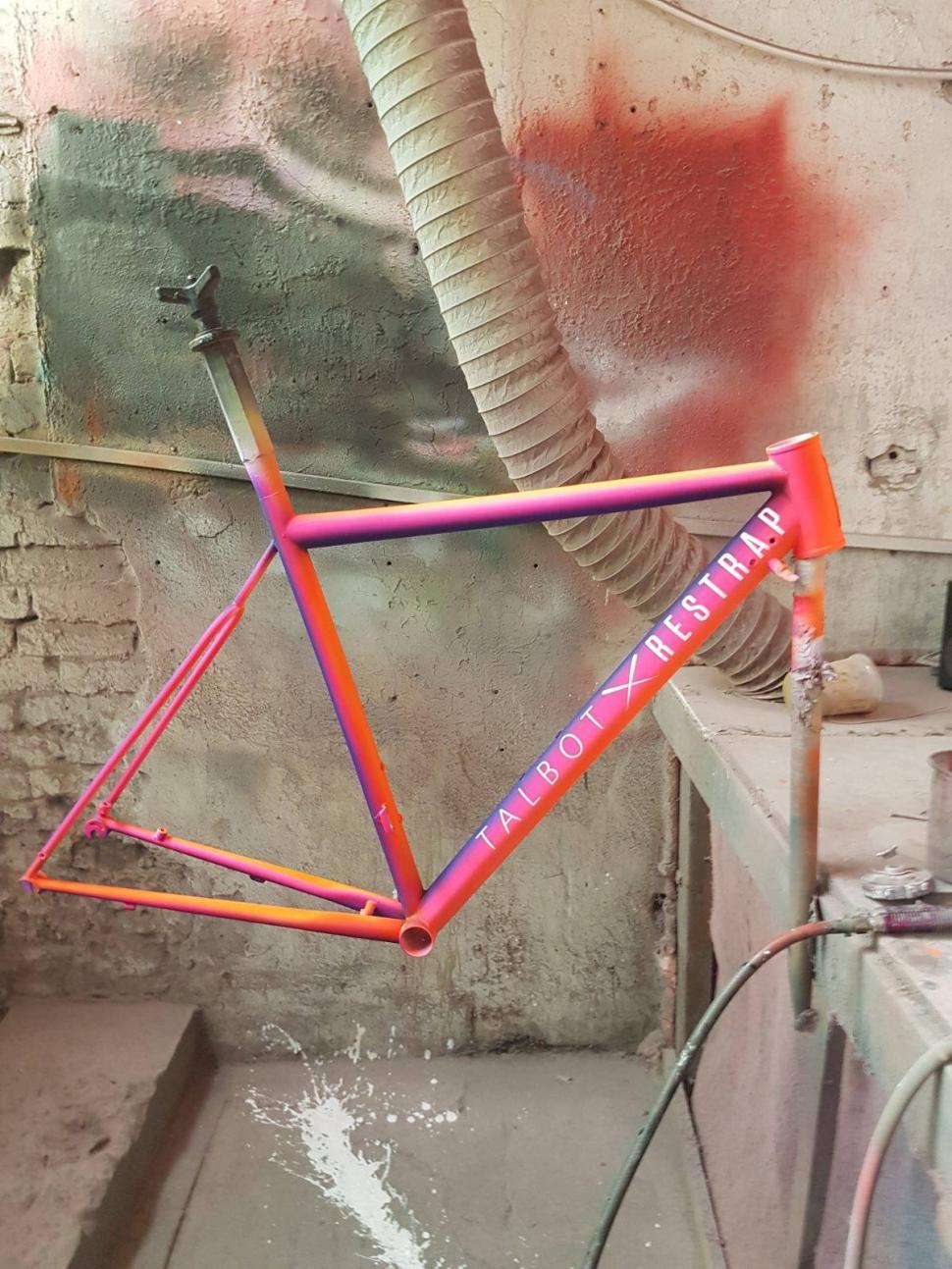 Bikepacking bag maker Restrap and framebuilder Talbot have combined to create this special frame for Restrap founder Matt to ride London-Edinburgh-London this year. 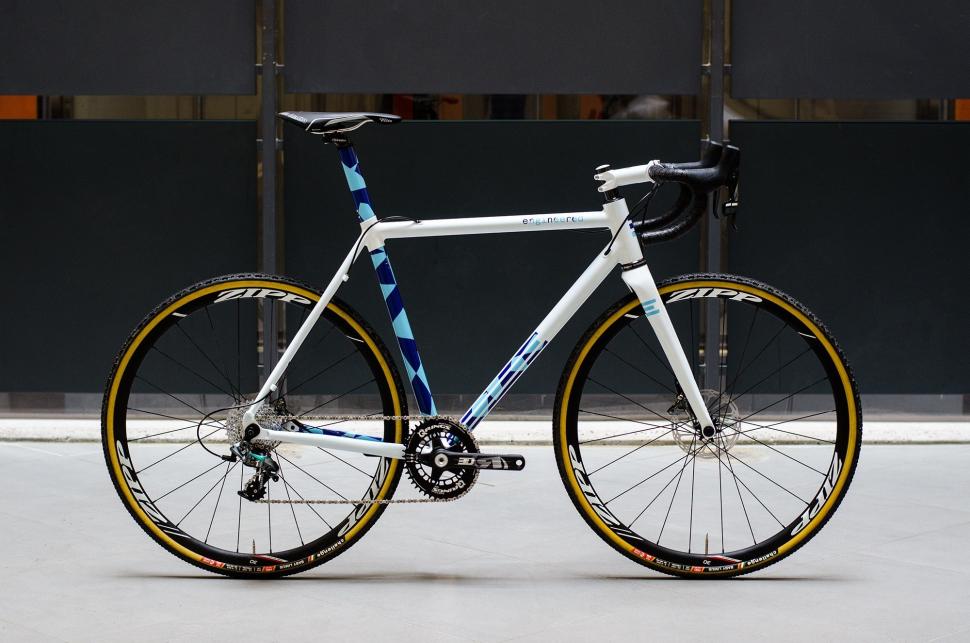 This Bristol based bike company is back at the show for a fourth year and will be unveiling a collaboration with an award-winning painter called Tim Cox of TJC Design. This bike isn't it, but it will be at the show and very nice it is too. 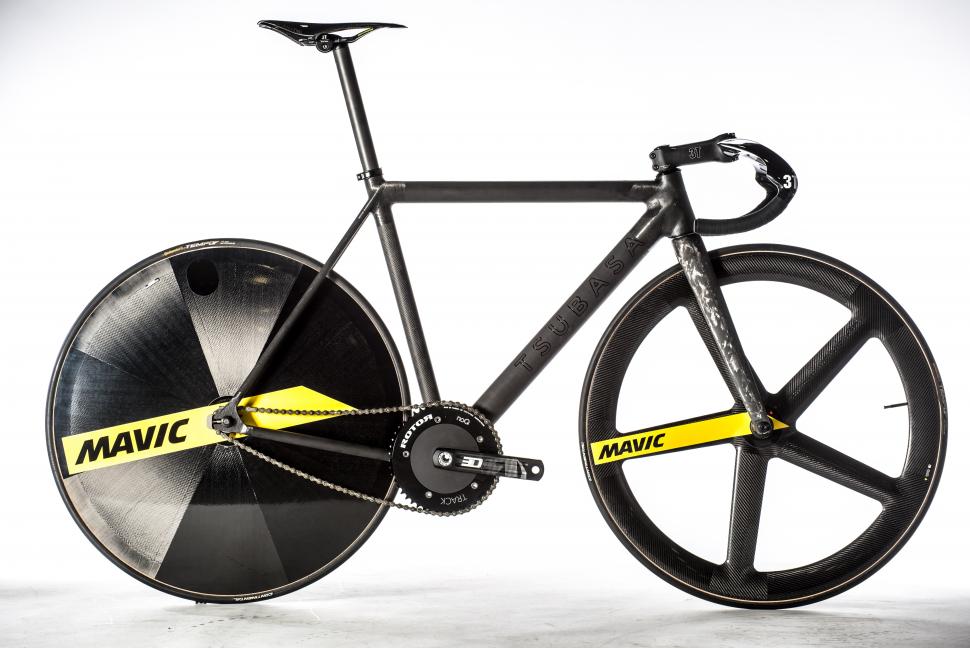 This company has looked to fighter jets for inspiration in creating the Tsubasa K21, a full carbon fibre track frame built with stiffness in mind, named in tribute to the company founders grandfather who served in the Army. 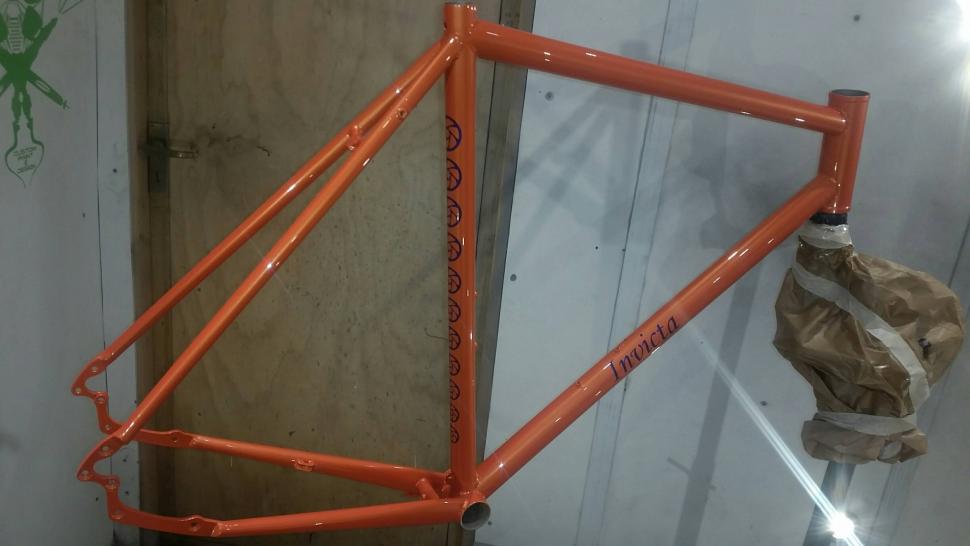 Kent-based Invicta, produced by bicycle frame academy Download Cycles, will be showing its some fancy lugwork on this road frame as well as a new gravel frame with disc brakes. 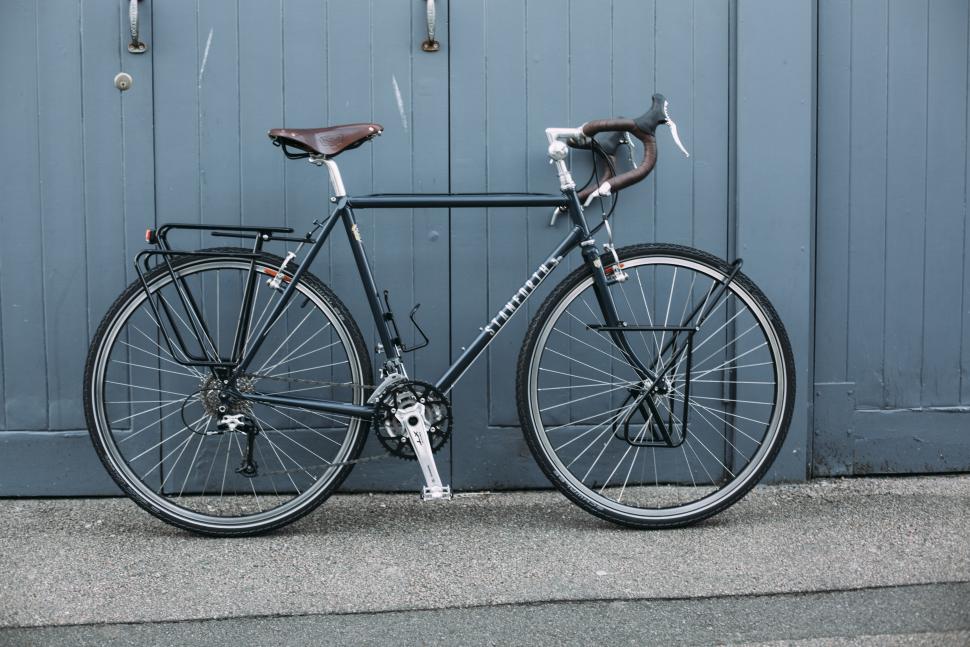 A range of all-road touring bikes will be launched at the show by British brand Stanforth, including the Skyelander. It’s built from Reynolds tubing and will be offered with 700c or 650b wheels, the former designed for loading touring with front and rear panniers, the latter for randonneur front-loaded touring. You can choose form Reynolds 631 or 853 depending on budget. 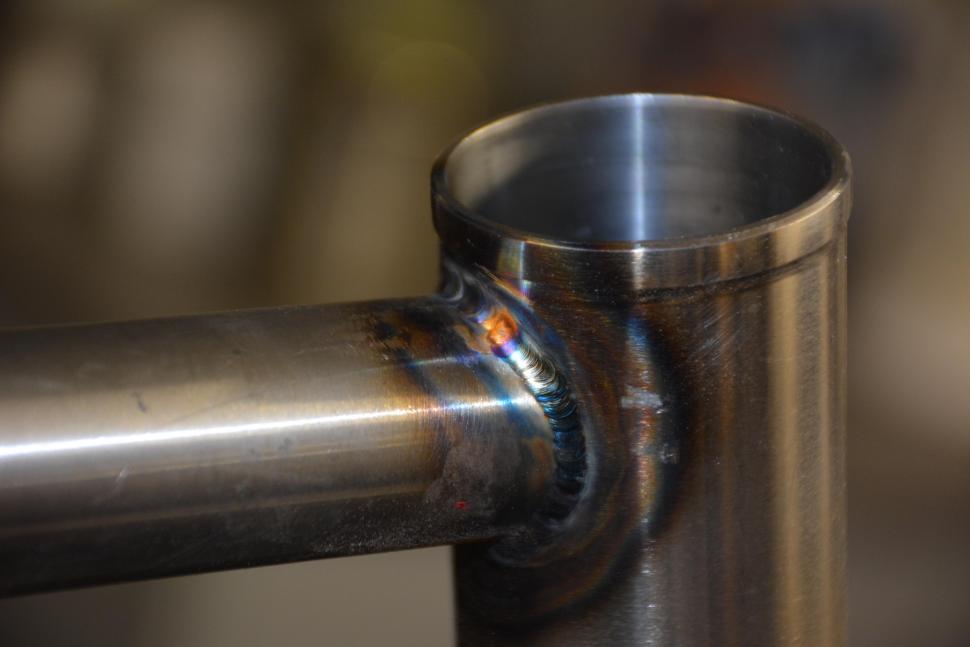 Welsh-based custom frame maker Paulus Quiros will be bringing two new frames to Bespoked. The first is an update on its signature Pike range of fixed wheel urban bikes with a unique frame design. The second goes under the working title of “Audax to Adventure” and has been developed in collaboration with endurance cyclist Dominic Irvine, so expect a frame built for comfort.

More previews from the upcoming show coming this way soon.