Ridley Bikes go big on adventure and disc brakes for 2017

We’ve just got back from IceBike, the yearly roundup of new bikes and products from distributor Madison, and one of its big brands is Belgian bike company Ridley Bikes.

Key themes for Ridley in 2017 are more disc brake options and a range of adventure bikes built around the X-Trail platform that was launched a year or so ago. Here are some of the highlights. 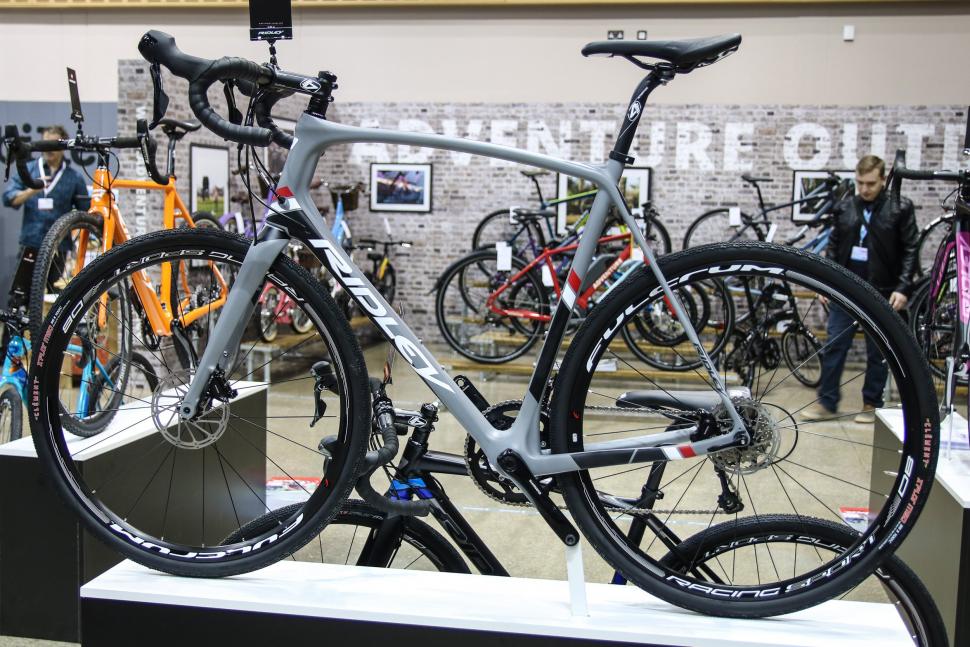 And here's the Ridley X-Trail with a Lauf Grit fork fitted. This one belongs to Madison's Andrew Dodds who will be riding this bike in the upcoming Dirty Reiver 200km gravel race. 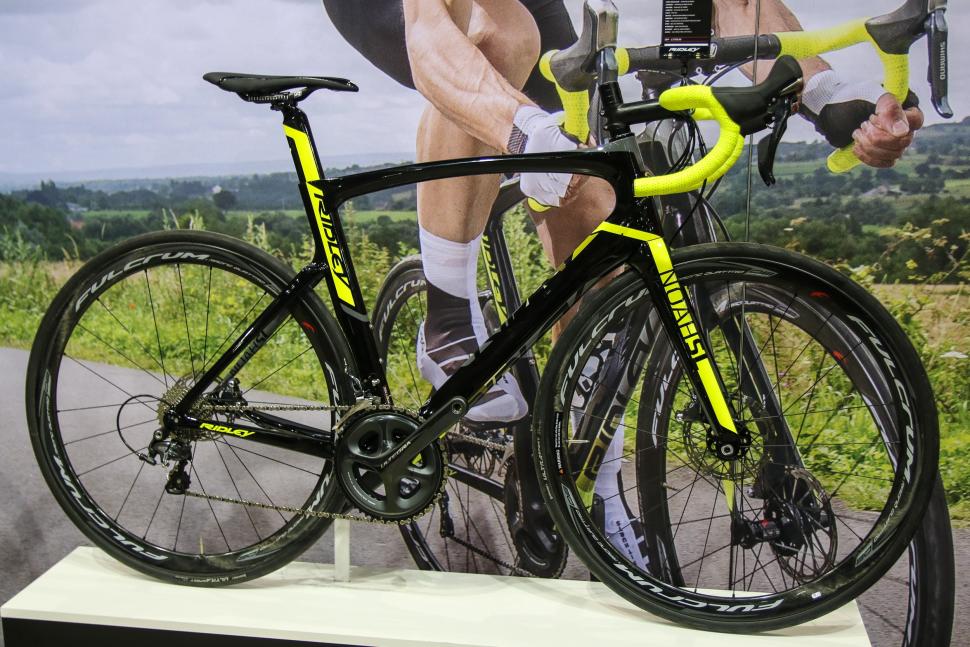 Aerodynamics and disc brakes combine in the new Noah SL Disc. Well, I say new, it was actually launched last year but it’s a nice looking bike so here’s another photo of it. It joins the growing number of disc-equipped aero race bikes like the Specialized Venge ViAS Disc and Canyon Aeroad CF SLX Disc. The Noah is interesting because one of its defining feature is the utilisation the F-Splitfork, where a channel splits the fork into two halves and is said to reduce turbulent air between the fork and front wheels. This model costs £3,799 with Shimano Ultegra. 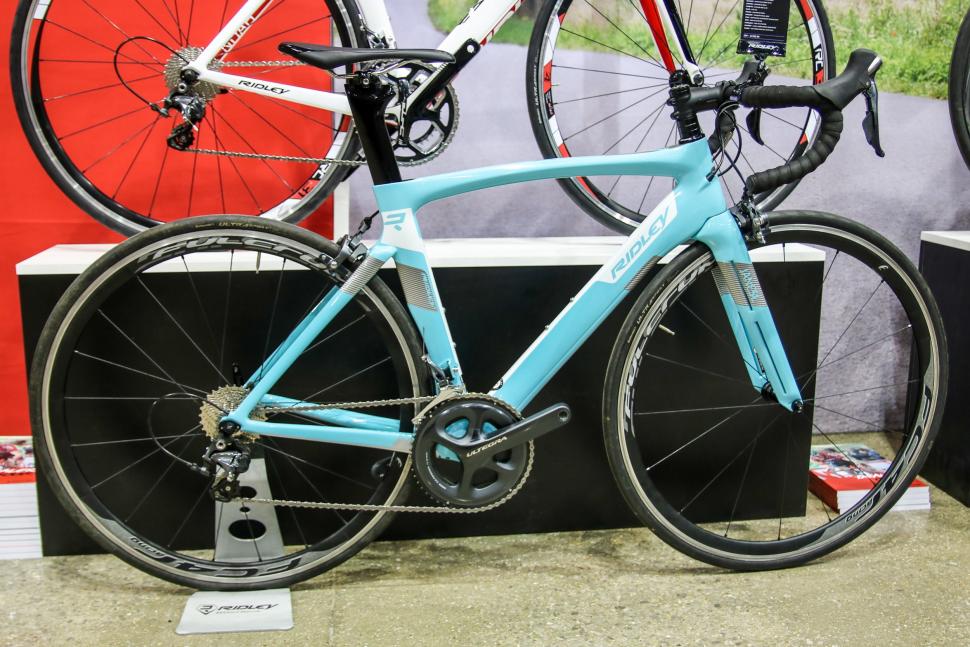 The Jane SL is a women’s version of the Noah SL. It forms part of the Belgian company’s expanded focus on women’s bikes. It gets the same aero frame features as the Noah SL but it’s available in a wider range of sizes and there are key component changes such as shorter stems, narrower handlebars and different saddles. 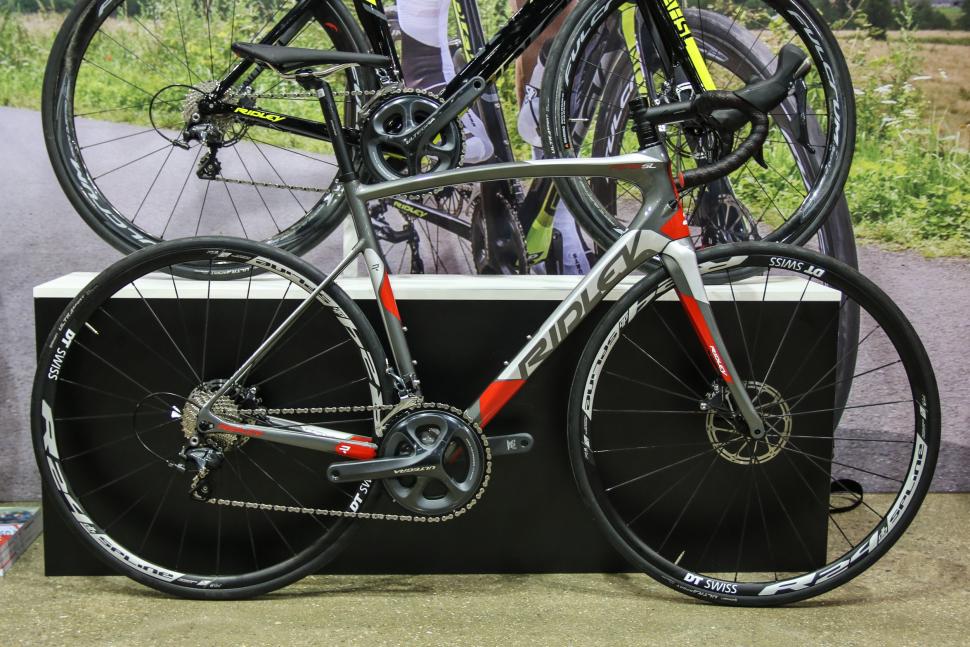 Designed for taming cobbles and rough roads, this is the Fenix SL Disc. It’s available with a choice of rim or disc brakes, take your pick. This is the bike to choose if you want to run wide tyres as it takes up to 30mm tyres. 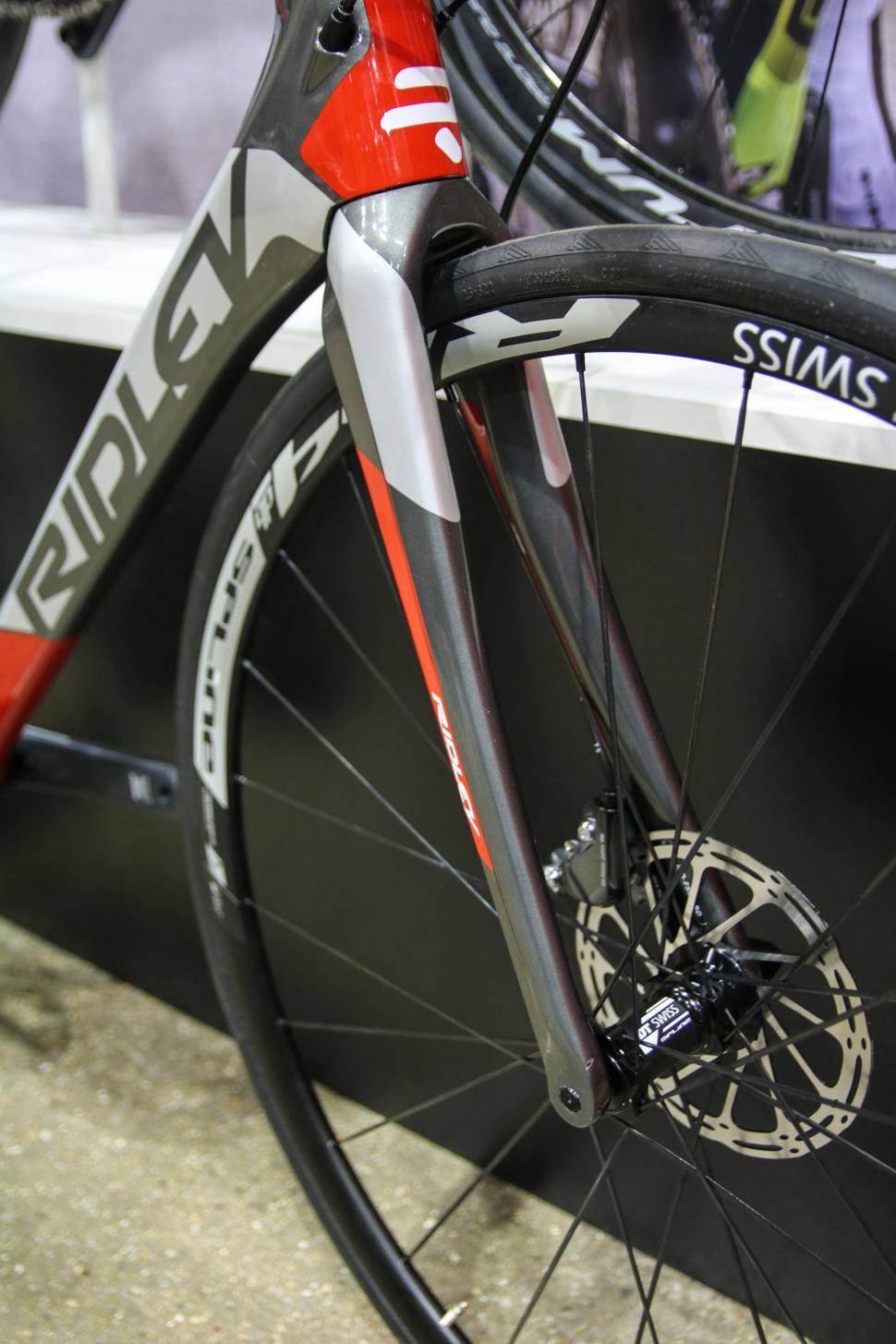 Ridley has specced flat mount disc brakes and 12mm thru-axles on the disc version, with fully internally routed cables and brake hoses. It's a really nice looking bike, and one that is on our list of bikes to review this year. The regular Fenix SL has a slightly different frame design to the disc version, which features dropped seatstays as is common on bikes designed to provide more vertical deflection. This is the version that the likes of Andre Greipel have been racing the past season or two. Will they switch to disc brakes for the cobbled classics? We'll have to wait and see. The lightest models in the Belgium company’s range come under the Helium name, and for 2017 it offers the SLX (the lightest) and the more affordable X, pictured here. There’s the same frame shaping, so wafer thin tube profiles including pencil thin seatstays and very slender fork blades, but a carbon fibre layup that reduces the cost, with a small weight increase, it’s still under a kilogramme. 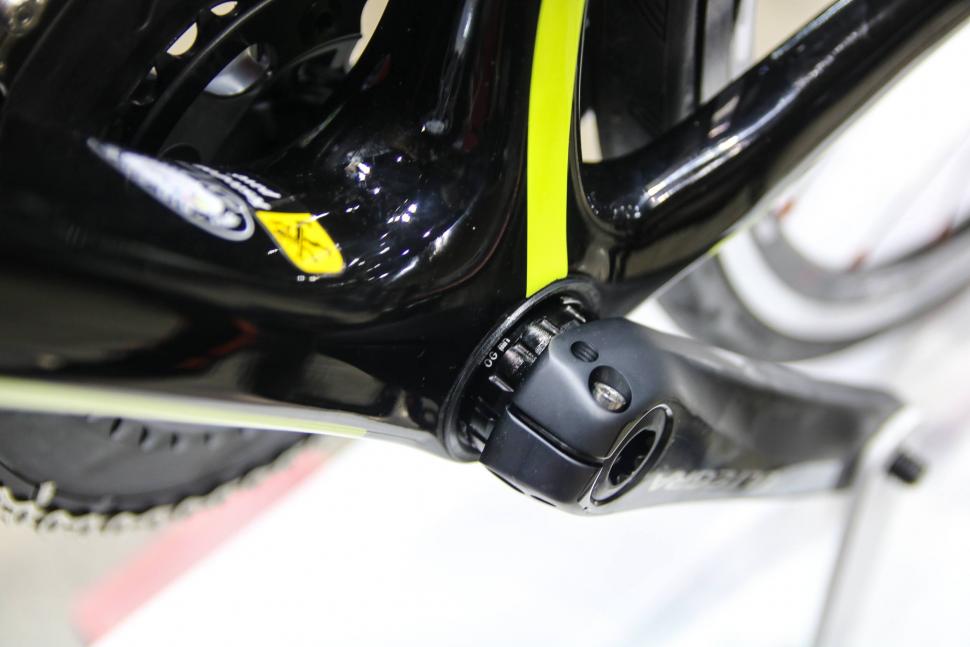 The return of externally threaded bottom brackets is happening on high-end frames, and with few fans of creaking press-fit bottom brackets, this can only be a good thing.

So those are the highlights from the Ridley 2017 range. We've got our eye on a few of these bikes to test this year so watch out for those.