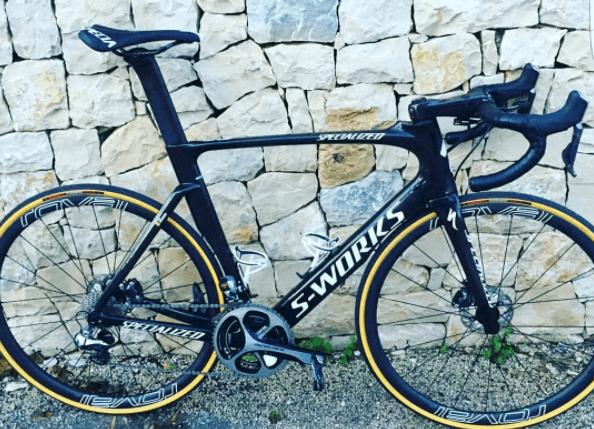 Earlier this week we reported on the news that the Cannondale-Drapac team have been training through the winter aboard disc-equipped race bikes. And yesterday Tom Boonen, who enters his final season with QuickStep in 2017, has raved about the unbelievable performance of his Specialized Venge ViAS Disc race bike.

“Best bike I ever had, unbelievable performance!’ says Boonen in a caption accompanying a photograph he posted to Instagram. The post has had quite a reaction, with nearly 9k likes and scores of comments, most asking about the disc brakes.

- Could Cannondale-Drapac be the first team to adopt disc brakes

Now, of course, critics will be quick to point out that that obviously, Specialized has paid him to say that, but the spontaneous nature of the photo sharing app suggests to us that he’s voiced his own personal views on the bike, rather than being forced. We might be wrong, though, and a fat cheque might be just out of shot…

Tom Boonen has been involved in the development of the new disc-equipped Roubaix as well and was at the worldwide launch earlier this year. And it’s clear from this photo he’s one of a growing number of professionals using the winter to get familiar with disc brakes.

Whether he uses disc brakes when the race season kicks off is another thing. Will we see him racing a disc-equipped race bike when it comes to competing in his favourite races, Tour of Flanders and Paris-Roubaix, for the final time in his storied career?