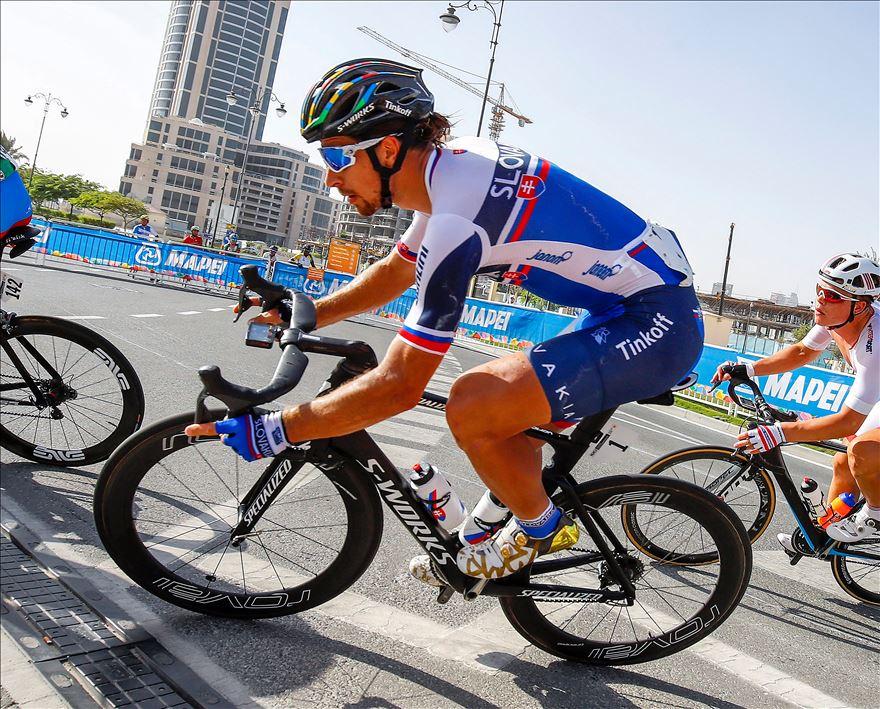 Peter Sagan outsprinted Mark Cavendish to win his second consecutive UCI World Championships Road Race title, and he did so aboard the same Specialized Venge ViAS he has been racing all season. 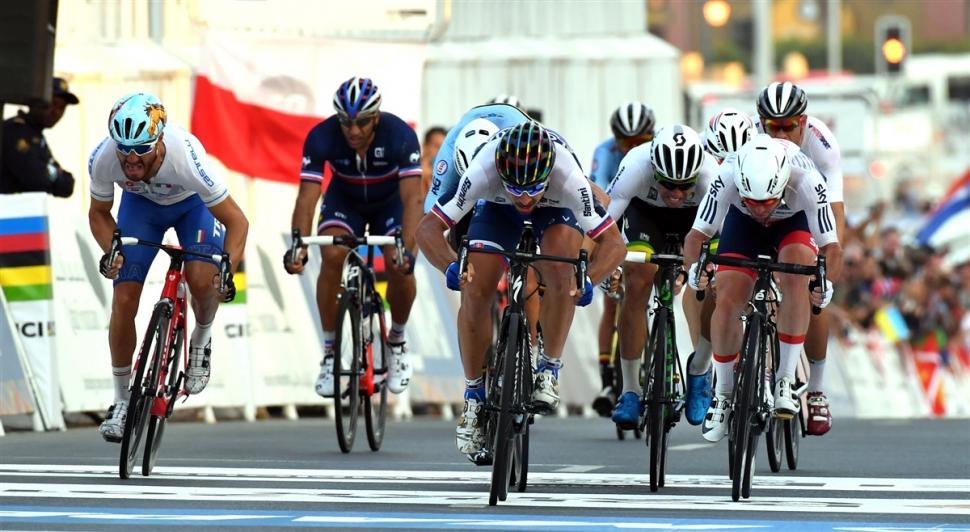 Sagan normally wears an Evade aero helmet, but chose a Prevail 2 for the ventilation, while Cavendish opted for a fully enclosed aero helmet

The flat roads and strong winds were the perfect conditions for the benefits of an aerodynamic road bike, and most riders opted, where possible, for aero bikes with very deep section wheels. Sagan basically used the same Specialized Venge ViAS aero bike he has been racing all season, and first used at the Tour de France last year. The frame is the same matte black finish that we first saw at this year's Tour de France, which he rode in preference to the custom painted world champs bike he was on earlier in the season.

Presumably, someone at Specialized is busy working on a new custom painted bike to celebrate his second rainbow jersey to ride next year, when he joins the Bora-Hansgrohe team, with Specialized taking over from Argon 18 as bike supplier. 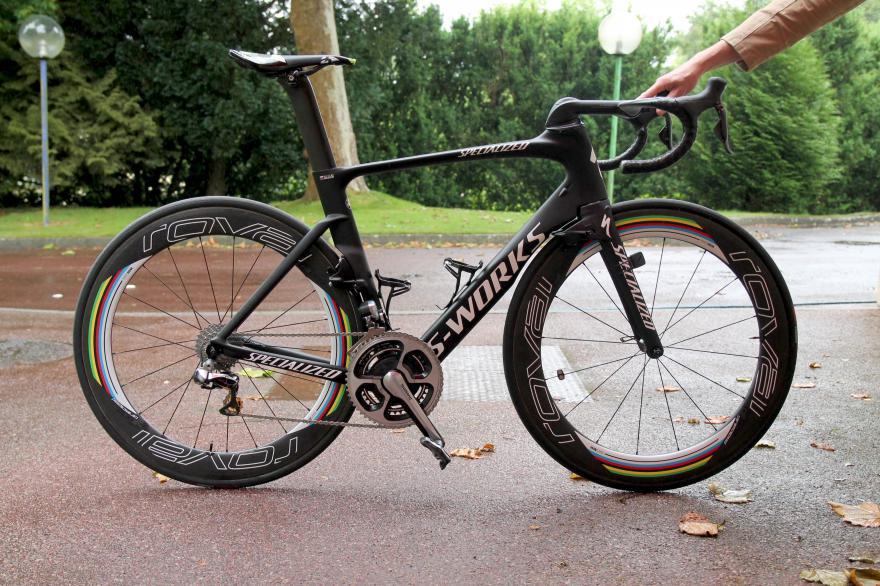 This is Peter Sagan's Tour bike, and aside from the rim decals is identical to his world champs winning ride

One small change to the bike he raced in Doha was the use of regular Roval CLX64 Rapide wheels, without the rainbow stripes that featured on his Tour de France bike. Decals aside, the wheels are identical and spin on CeramicSpeed bearings. Ceramic bearings also feature in the bottom bracket and jockey wheels. It's all about marginal gains. He used an electronic Shimano Dura-Ace Di2 groupset, as he did at the Tour - he dabbled with mechanical groupsets in the spring classics - with an SRM power meter in the crankset relaying his power output and speed to a head unit mounted in front of the handlebars. There is the same rangey 140mm stem and aero handlebar, both designed by Specialized as part of the Venge ViAS frameset to deliver optimised aerodynamics. 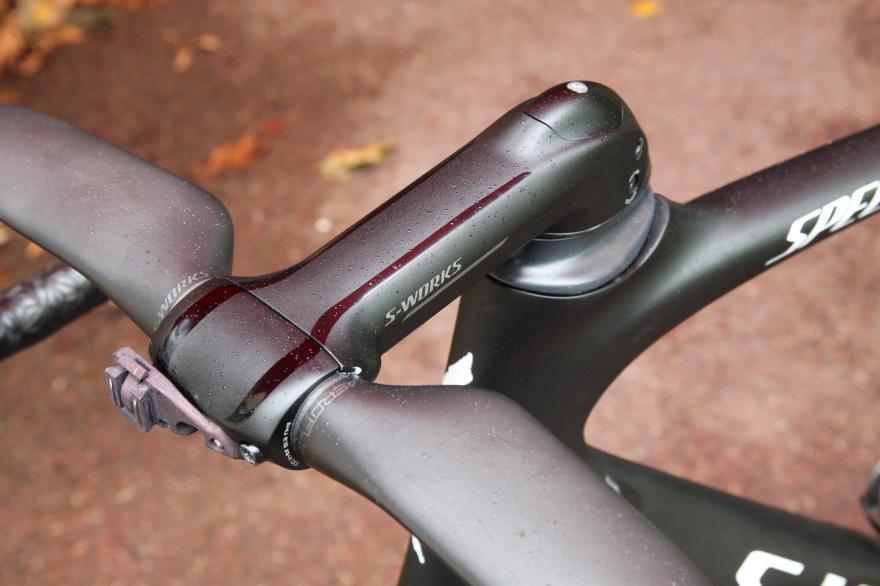