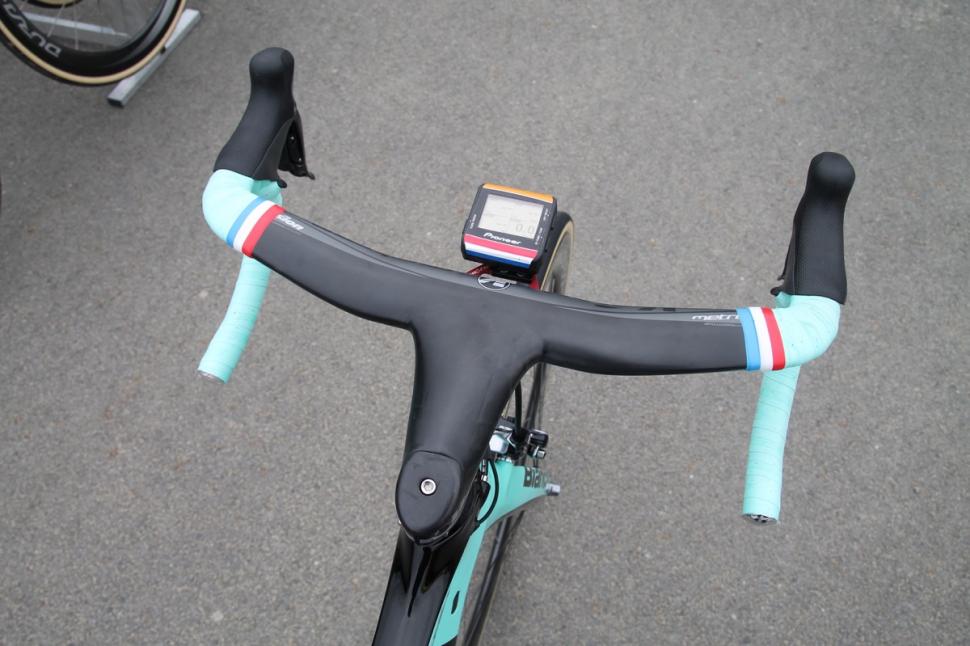 All riders have a favoured bike setup and that means there’s a vast array of different handlebars in the pro peloton. Here are the most interesting of them.

There are ever more integrated handlebar/stem combos in the peloton and more aero bars than we’ve ever seen before. This means there are more carbon handlebars than previously, although many riders – perhaps most – still prefer an aluminium bar. 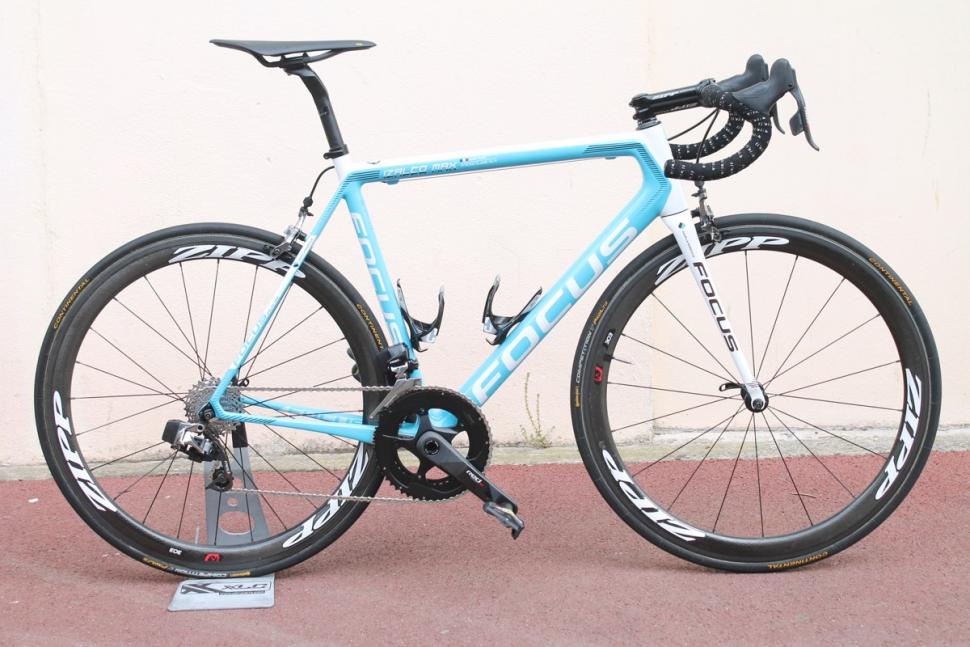 Ag2R-La Mondiale’s Romain Bardet, currently in sixth place in the general classification (after stage 15), has his Zipp Service Course 80 handlebars setup up very oddly, if this bike is anything to go by. The shifters are positioned high on the bends and the ends are angled upwards.

Anthony Delaplace and the other members of Fortuneo-Vital Concept use Look’s ADH handlebar made from high modulus carbon fibre. 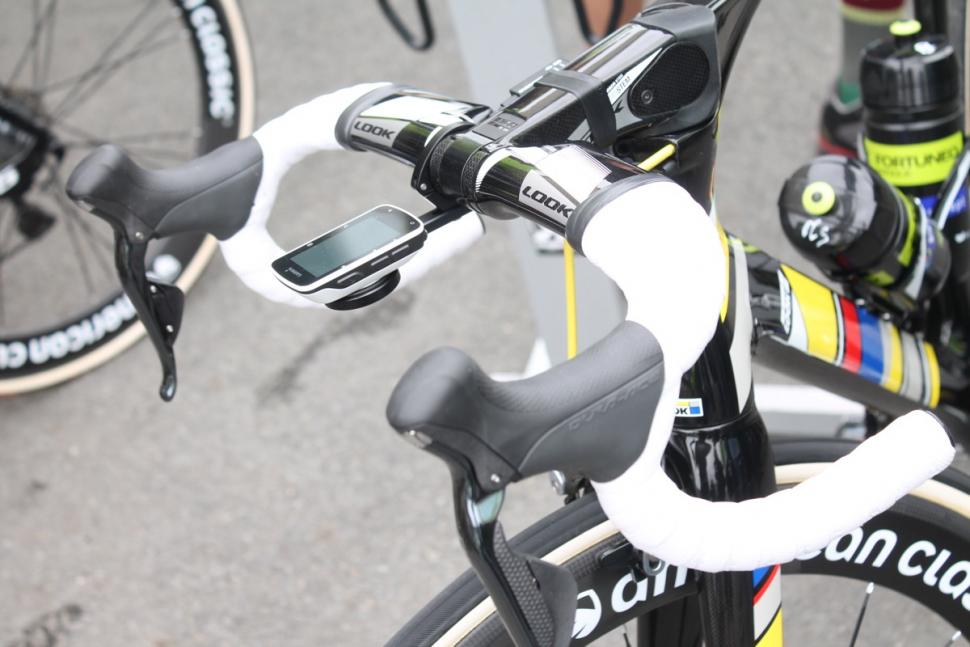 The tops are shaped for aerodynamics and for integration with Look’s Aerostem, and the cables run internally. The bar is available in various different widths but the drop (120mm) and the reach (75mm) are always the same.

Look claims a 250g weight for a 42cm width handlebar. 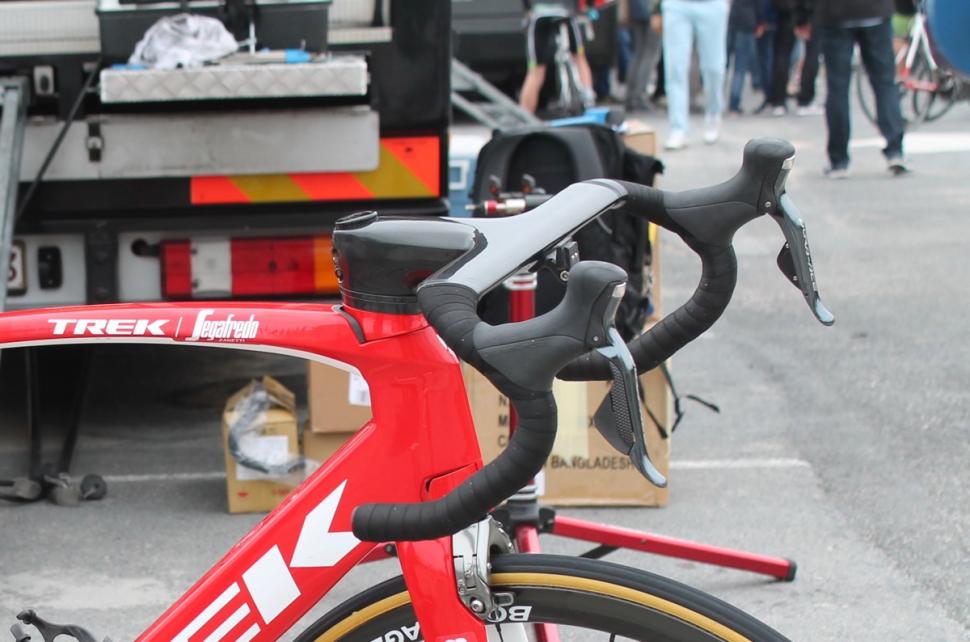 These are made from Trek’s OCLV carbon, the top section built to the brand’s KVF (Kammtail Virtual Foil) aero profile. This is a slim shape with quite a pointed leading edge and a squared off tail. The cables are routed inside the handlebar, through the stem section, and then internally through the frame. 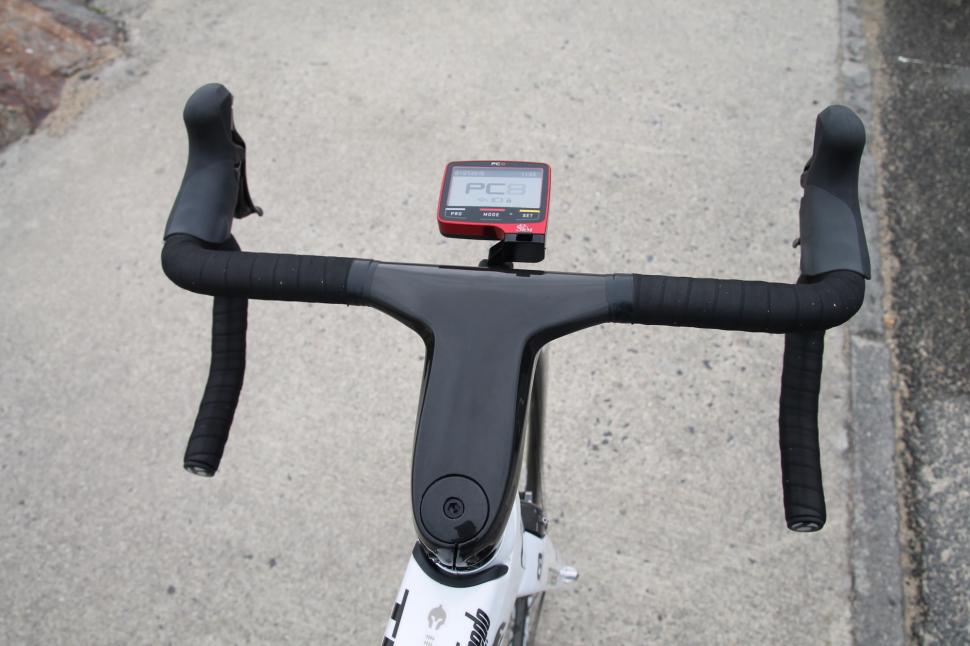 Check out the difference on Fabian Cancellara’s bike. Instead of the wide and flat top sections, the Swiss rider requested smaller profile tops, which we’re told still provides an aerodynamic benefit, but enables Cancellara to maintain his desired reach. We spotted Dan Martin using clip on aero bars on his road bike ahead of the start of the Tour. This has to be in preparation for the hilly/mountainous individual time trial on stage 18. Etixx-Quick-Step’s Tony Martin uses a Specialized S-Works Aerofly handlebar on his road bike. It’s made from carbon fibre and, like the Look ADG handlebar (above), it has a claimed weight of 250g.

It’s not quite as compact as the Look, though, with a 130mm drop and an 80mm reach. The mechanics have set up a virtually flat platform here. 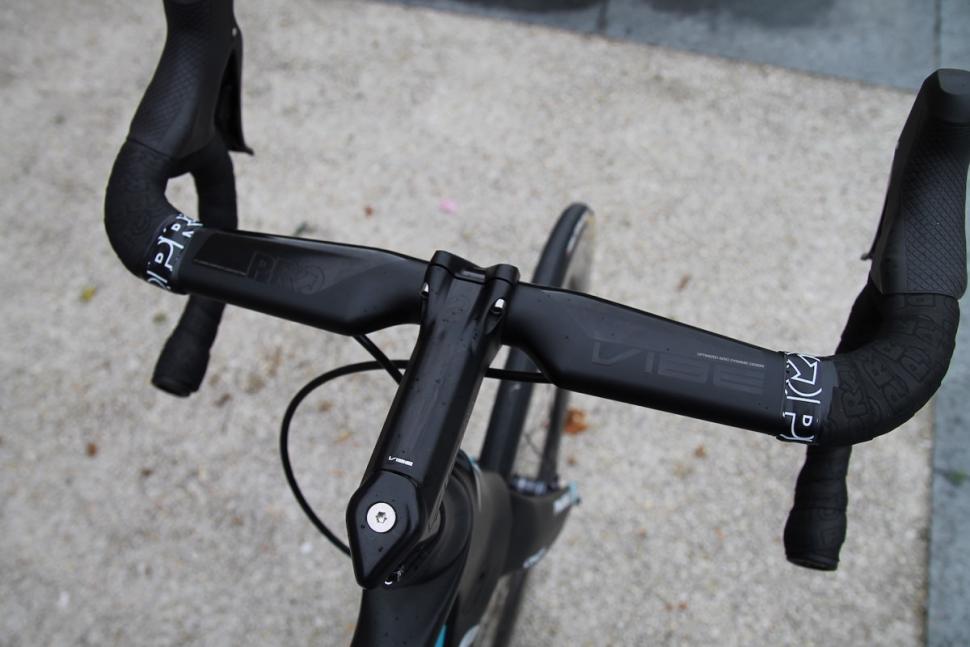 Race leader Chris Froome is using a Pro Vibe handlebar with aero-section tops. We don’t think this is in the current range. 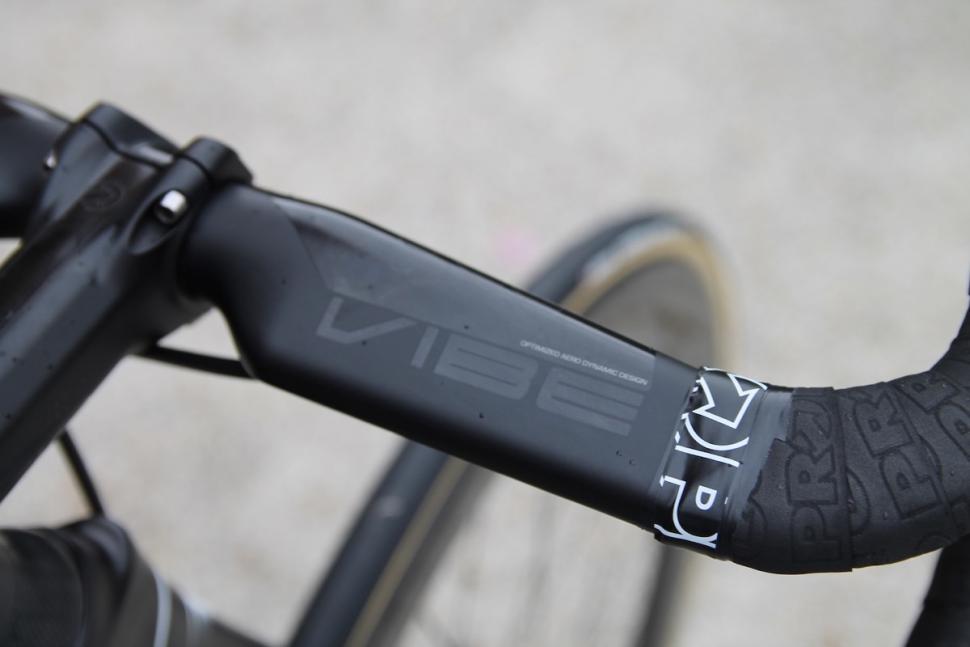 We can see the brake cables but where are the wires for the Shimano Di2 electronic shift system? 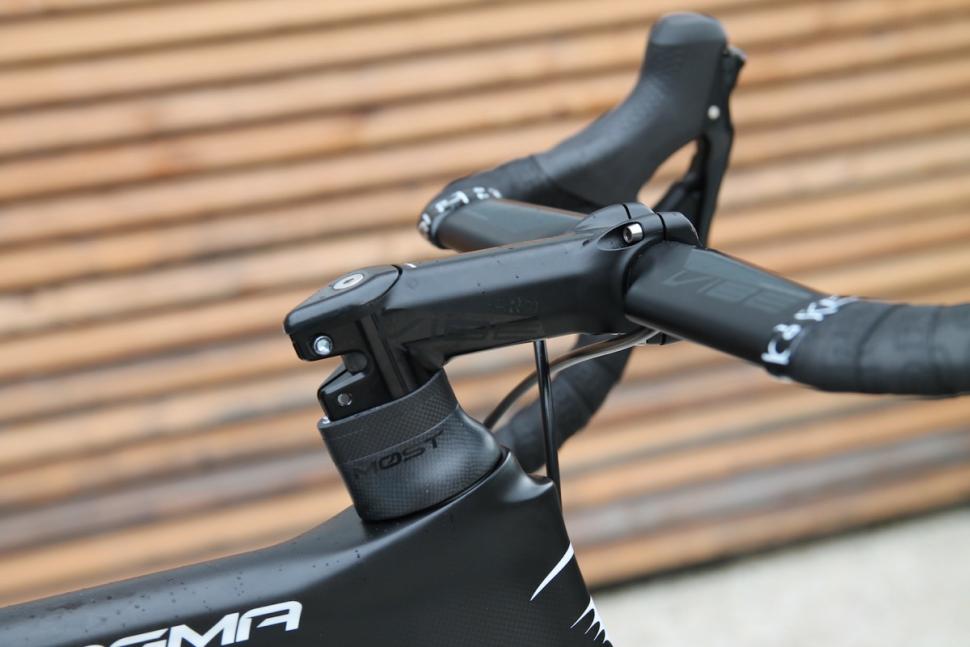 No, Di2 isn’t going wireless, it’s just that Pro, a Shimano sub-brand, has decided to run them internally through the bar and stem. 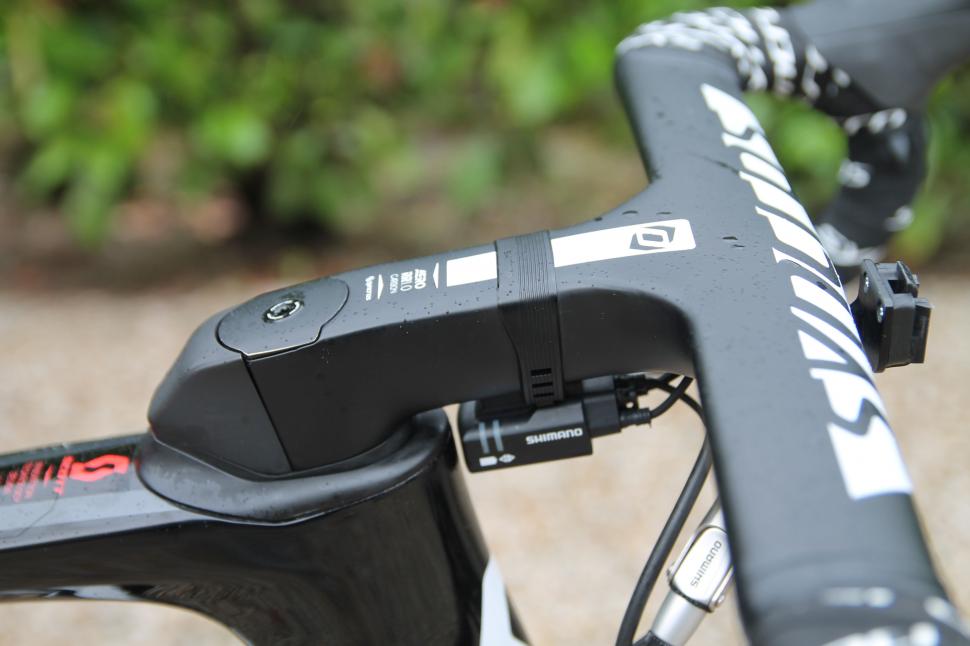 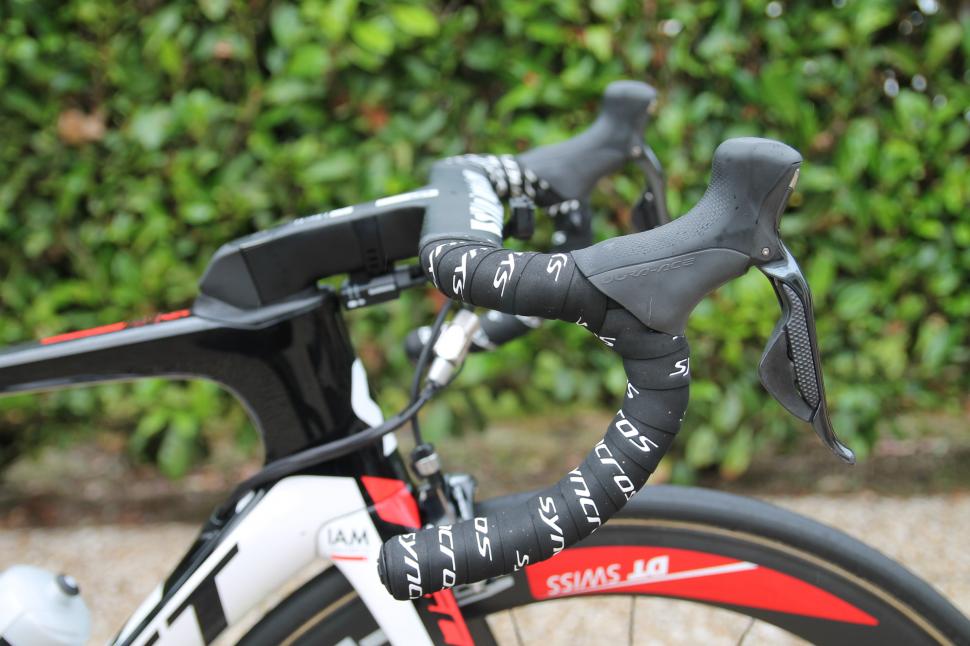 The bar has a 130mm drop and an 80mm reach. The 22-year-old Norwegian rider, racing his first Grand Tour, has satellite shifters positioned on the drops. 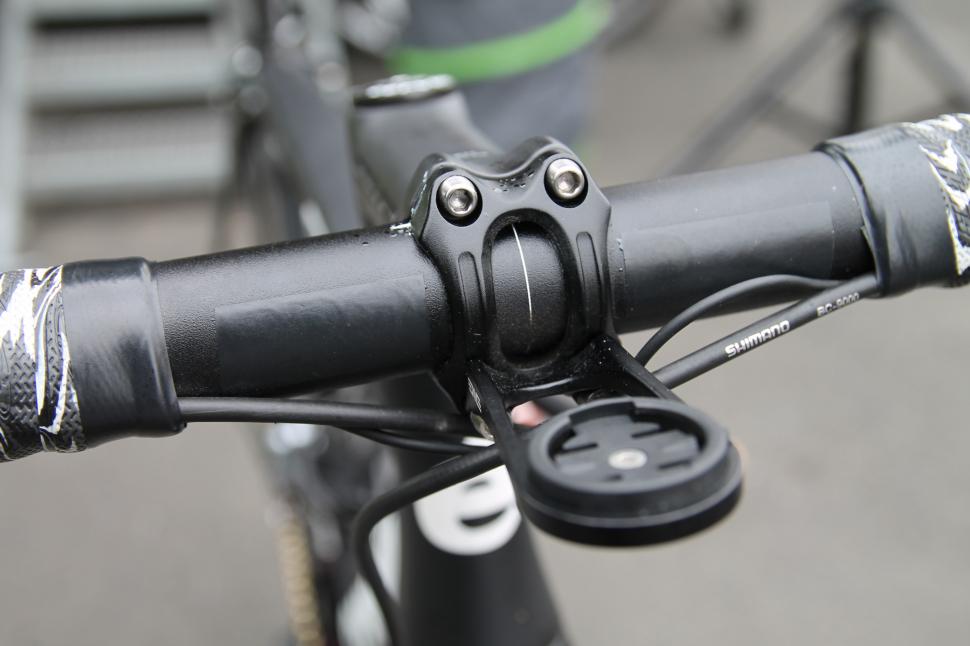 This is the handlebar fixed to Mark Cavendish’s Cervelo S5. Dimension Data is sponsored by Enve, and as well as the US company’s rims, it also uses the carbon fibre handlebars and stems. Cav, however, prefers to use at aluminium bar from Pro with the logos taped over. As disguises go, it’s a bit like sticking on a plastic moustache out of a Christmas cracker. We don’t know whether he prefers the shape of the Pro handlebar or simply likes to go with aluminium. 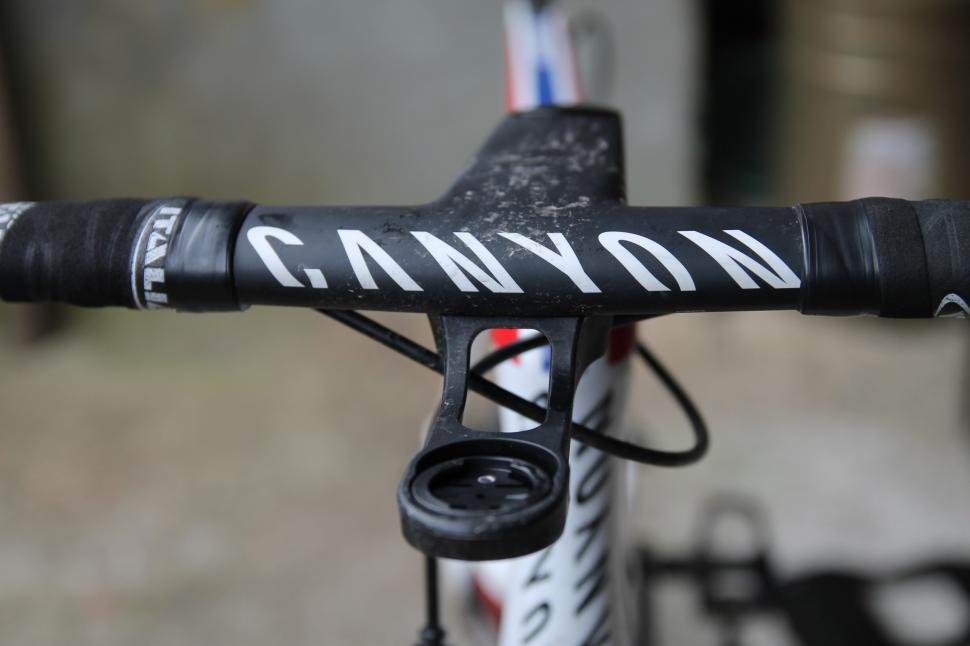 Alexander Kristoff uses a Canyon H11 Aerocockpit, another combined bar/stem, on his Canyon Aeroad. The bar has a very short reach of just 70mm. 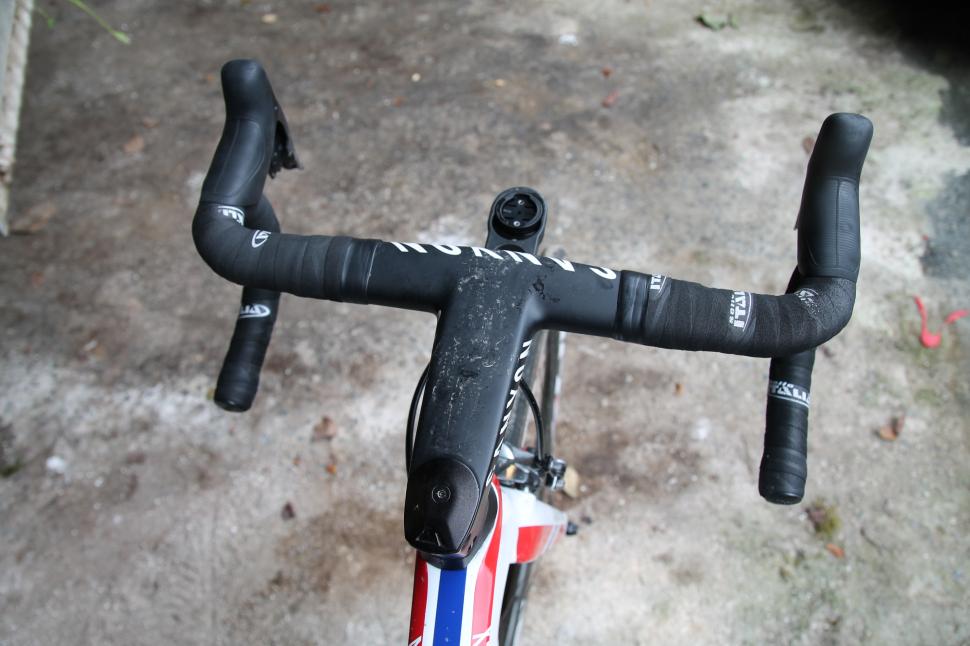 Bora-Argon 18’s Sam Bennett uses an FSA Energy Traditional bar made from double-butted aluminium. It has a 42cm width, a shallow 125mm drop and a 80mm reach. The ends are very straight with plenty of rearward extension. 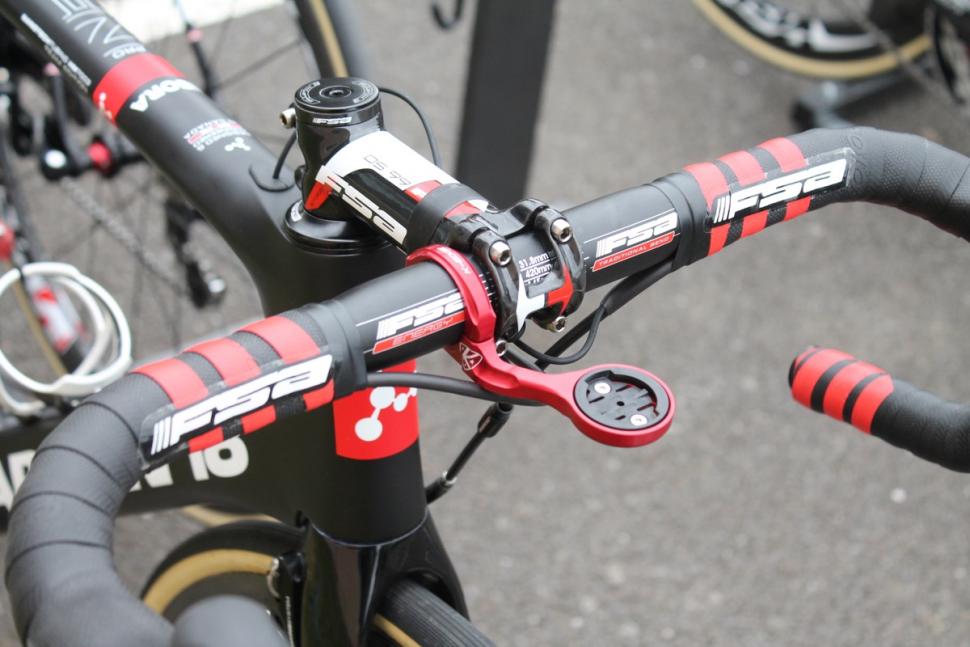 Bennett uses Di2 satellite shifters that poke through the bar tape on the drops to provide an extra option when sprinting. The team has added FSA stickers over the top of the bar tape to give the sponsor some extra exposure in head-on pictures. 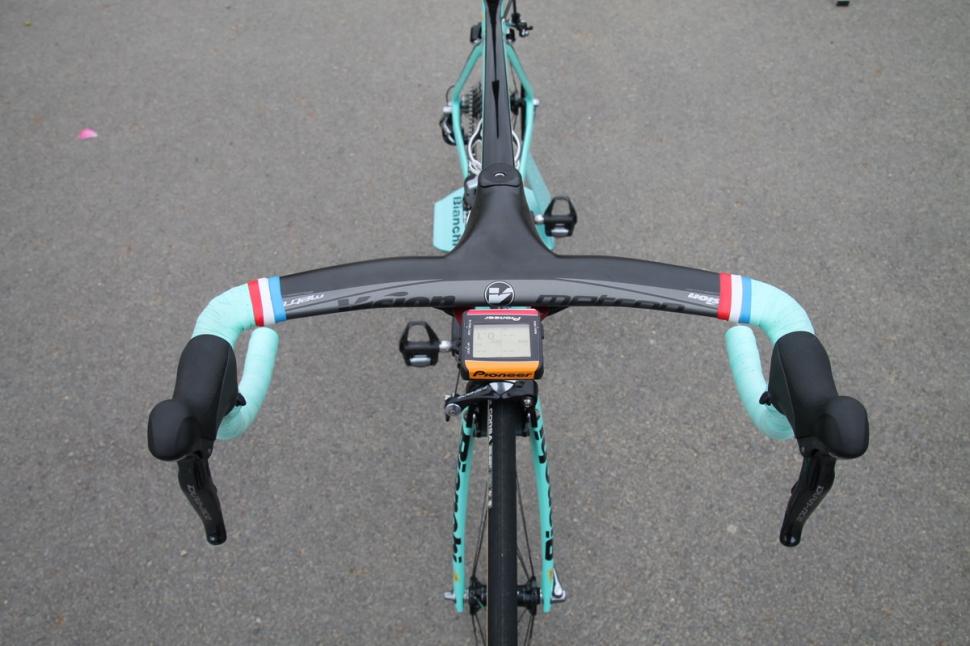 The Vision Metron carbon handlebar used by Lotto NL-Jumbo has a slight rise from the centre but the more noticeable characteristic is the 10° forward bend.

Vision reckons that this promotes a “more ergonomic climbing position and easier breathing”.

Click here for more on the new Bianchi Oltre XR4 being ridden by Lotto NL-Jumbo.