Tinkoff rolls out a new bike livery for the 2016 season. Yes, the fluorescent yellow remains
by David Arthur @davearthur

The 2016 race season is very nearly underway and so we’re starting to see some of the new race bikes being aired in public for the first time. While Tinkoff hasn’t changed bike or equipment partners for 2016, it has got and brand new livery, as shown here on the bike belonging to Australian Michael Rogers. 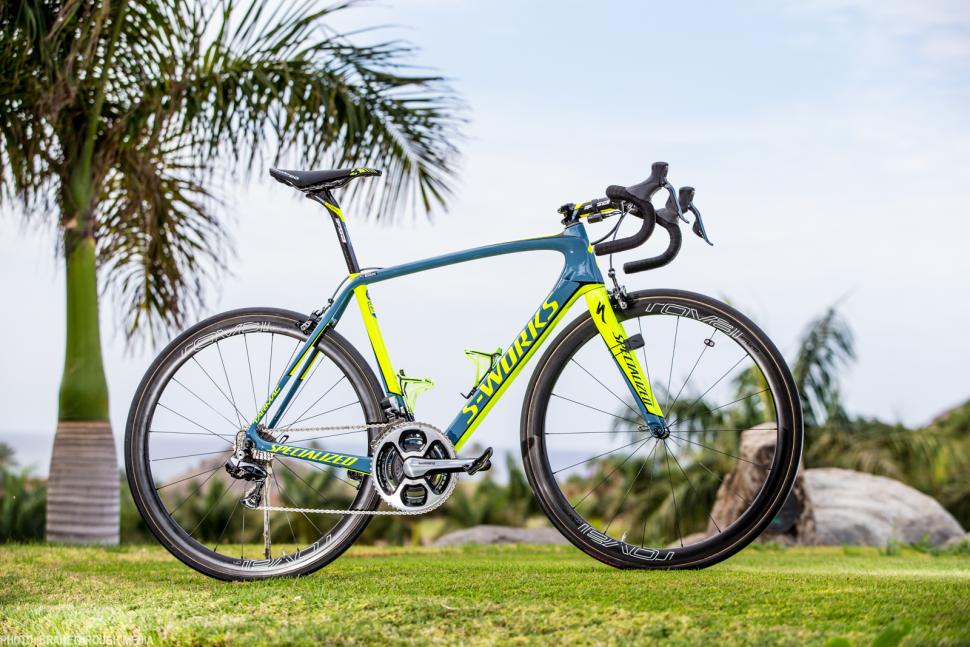 It’s customary to roll out a new paint job at the start of the season. New year, new hopes,  new paint job. The new Tinkoff livery doesn’t stray too far from the 2015 bikes. The fluorescent yellow remains, but it’s now complemented (we think, we'll let you decide) by a grey-blue colour, a Tinkoff Bank brand colour. The paint job was apparently the work of Vasil Akulov, Style Director of Tinkoff Bank.

"As Tinkoff Bank is the team’s principal sponsor, in the new cycling kit we decided to use the bank’s brand colours – yellow and blue. In the new palette, grey- blue has replaced last year’s bright blue while fluorescent yellow remained. The combination of grey-blue and yellow looks balanced and uncommon. The new colour palette is used on bicycles, cycling kit and in team escort car branding,” he says. 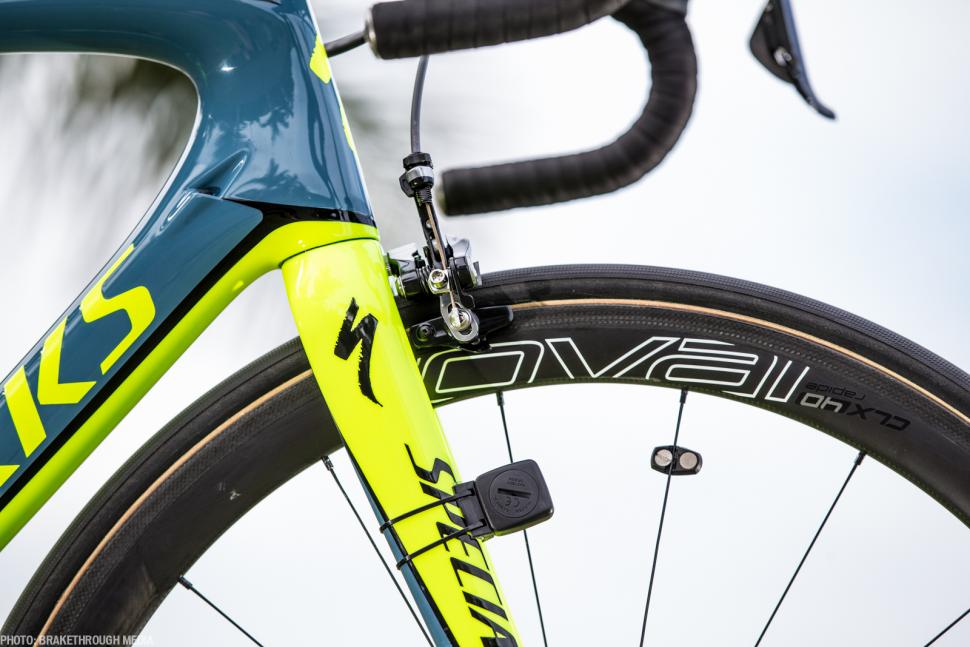 The bike pictured is Specialized’s latest S-Works Tarmac. While Peter Sagan and sprinters will lean towards the Venge Vias, the majority of the team will most likely opt for the Tarmac as it’s lighter, more comfortable and a better all-round bike, especially for a GC contender. 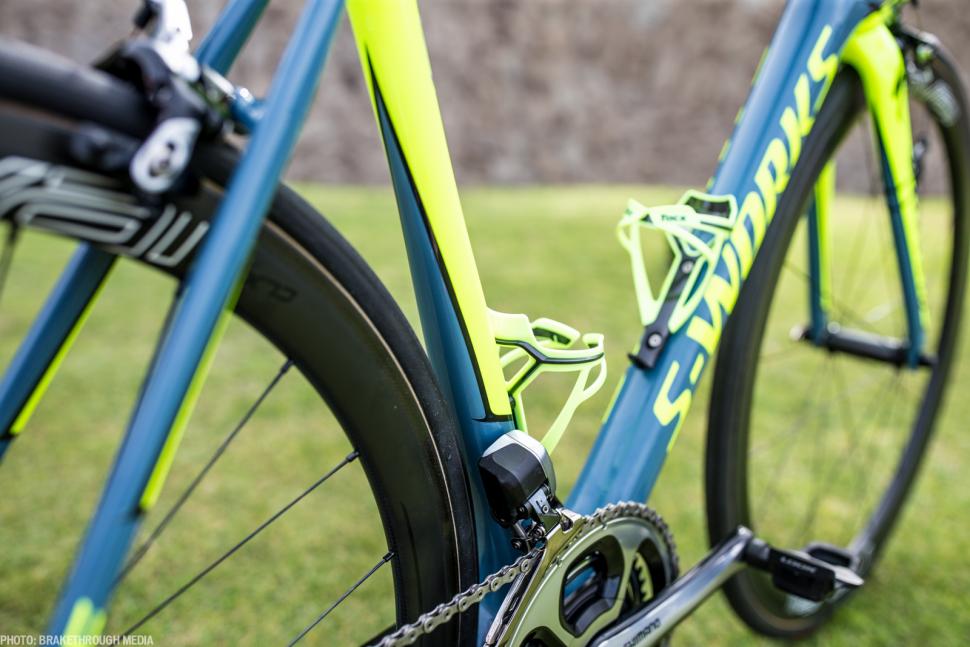 The Specialized Tarmac was launched last year and introduced the company’s new Rider-First Engineered approach to frame design. Basically, the tubes dimensions and carbon layup have been optimised for each size frame in the range, rather than being scaled up or down from the 56cm, as was the case with the previous generation Tarmac. The most obvious visual change though is the new integrated seat clamp, which allows more exposed seatpost to provide a small improvement in comfort. The frame features internal cable routing but oddly there isn’t a Di2-specific version, leaving a cable entry port redundant at the top of the down tube. 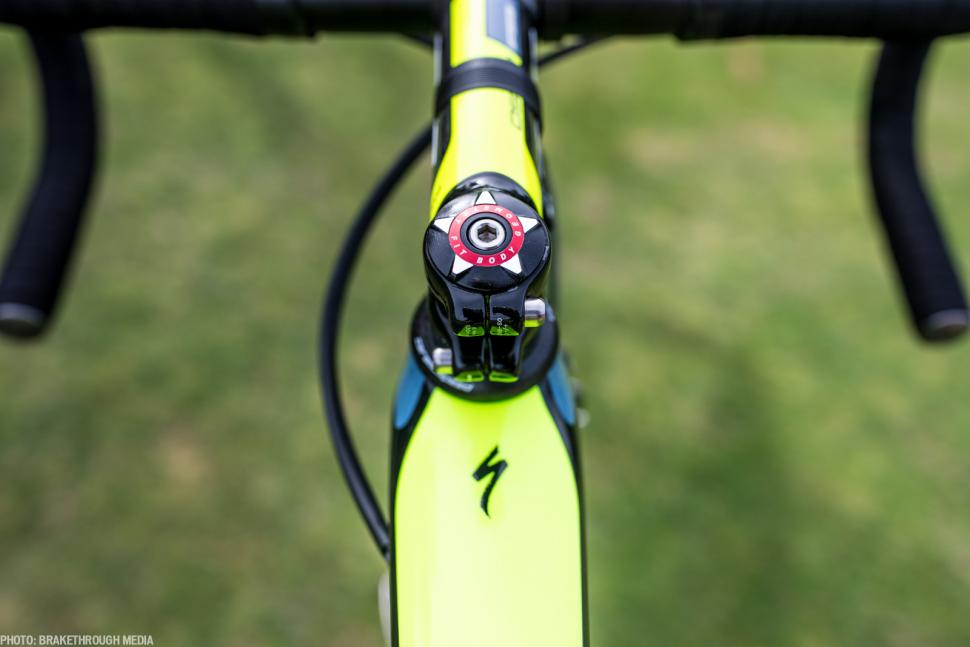 No equipment changes for the team this year so the bike is decked out in shiny new Shimano Dura-Ace Di2 with an SRM Power meter. Specialized also gets to supply the team with its own-brand Roval CLX40 carbon fibre tubular wheels and Turbo tyres. 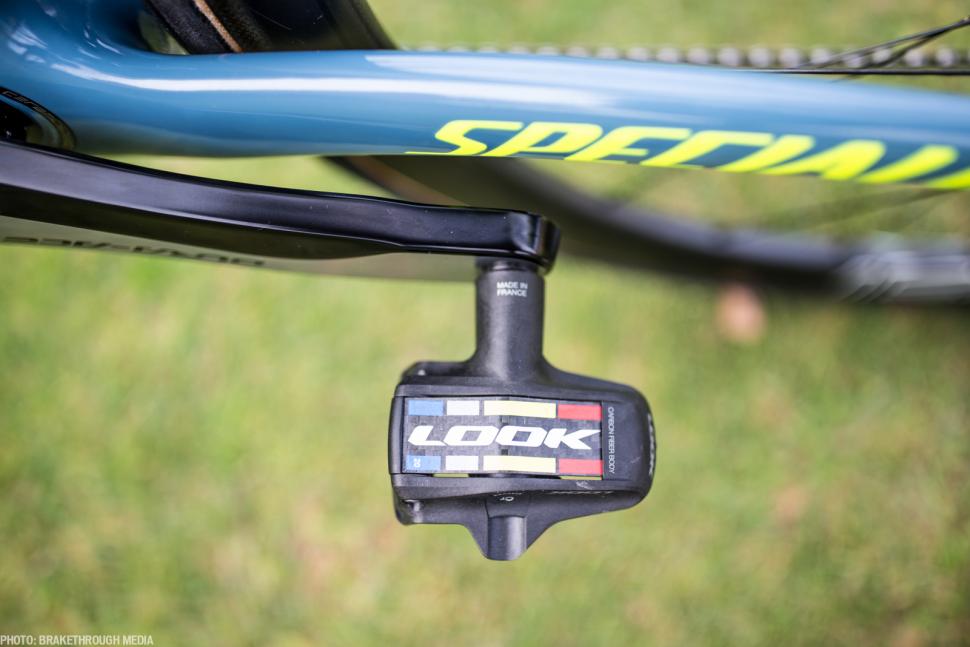 FSA has produced stems, handlebars and seatposts to match the new paint job, as have Tacx with the bottle cages and Prologo with a custom saddle. Pedals are Look Keo Blades.

Photos reproduced with permission from Tinkoff and BrakeThrough Media.