Back to REVIEWS
review
Indoor trainers

6
10
If you want the thing that makes your bike replicate the gradients in Zwift, here it is
Weight:
8,100g
Contact:
uk.wahoofitness.com

The Wahoo KICKR CLIMB is going to be a divisive product, with the indoor evangelists trumpeting its arrival to bring extra realism to online riding, and the naysayers pointing out that it's £500 for a thing that makes the front of your bike go up and down about half a metre. It works, and it's kind of fun to have it as part of your training environment. And it's not like there are any alternative options right now.

Does it work? Yes, it does. The CLIMB is very responsive to changes in the road gradient, and because it's being controlled from the trainer, both tend to be nicely in sync. I was using the CLIMB with the newest Wahoo KICKR, and generally the experience was excellent. The CLIMB is very quick to react, so on the bits of the New York circuit, for example, when the park-level road kicks up to 10% all of a sudden, it can be a bit unnerving as the bike suddenly shoots up at the front. If anything, the gradient changes feel quicker on the CLIMB than they are on the KICKR, as the big flywheel smooths things out a bit and lets you carry some momentum into a hill. Overall, I was impressed.

You can choose to manually raise or lower the front end using the wired remote, which pulls out of the top of the unit attached to a 1980s telephone cord and fits to your bars with a rubber strap. I'm a fan of using a wire here: why go wireless when the handlebar can never be more than about 50cm from the unit? Manual control could be useful if, for example, you're doing climbing drills on TrainerRoad (which won't send gradient data to the trainer) and you want to replicate a climbing position indoors. Mostly you're going to be interested in the CLIMB if you're using Zwift, or another immersive indoor training app, and you want the bike to do what the road on the screen does, but the manual option also means you can turn the up/down motion off if you're starting to feel a bit travel sick. 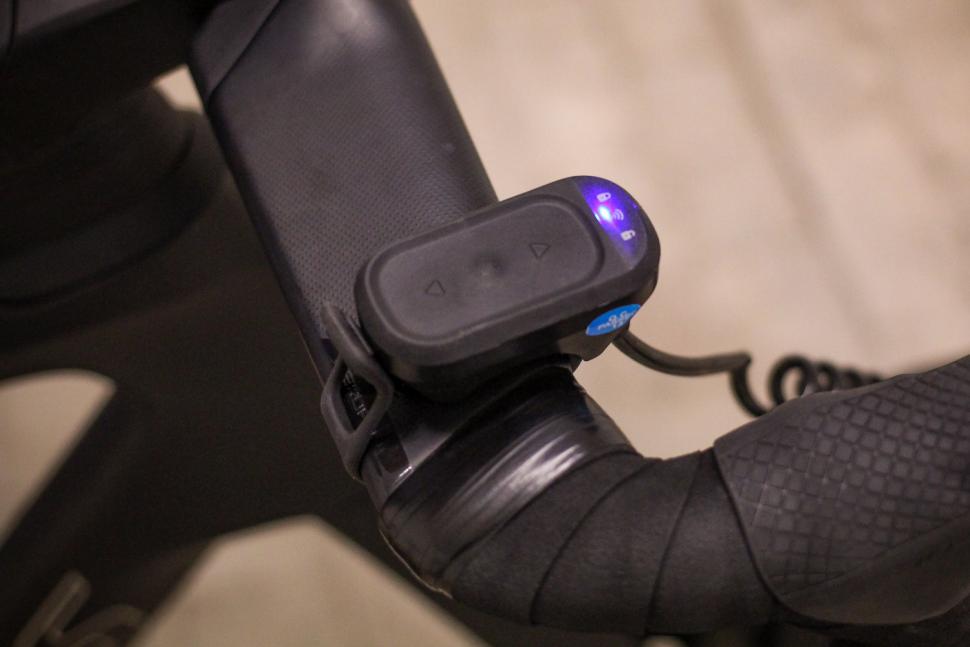 The CLIMB only works with Wahoo trainers. And not even all Wahoo trainers, just the compatible ones: the KICKR '18 and '17 (not the earlier models), the KICKR CORE and the KICKR SNAP '17 (not the 2014 model). If you don't know which model you have then there's a handy ready reckoner on the Wahoo website. That narrows the appeal quite a lot, so why has Wahoo given the CLIMB such limited compatibility? Those trainers have a pivot at the axle, which means that the rear end of the bike can move freely. If your frame is clamped into a trainer without one, you risk damaging the frame. 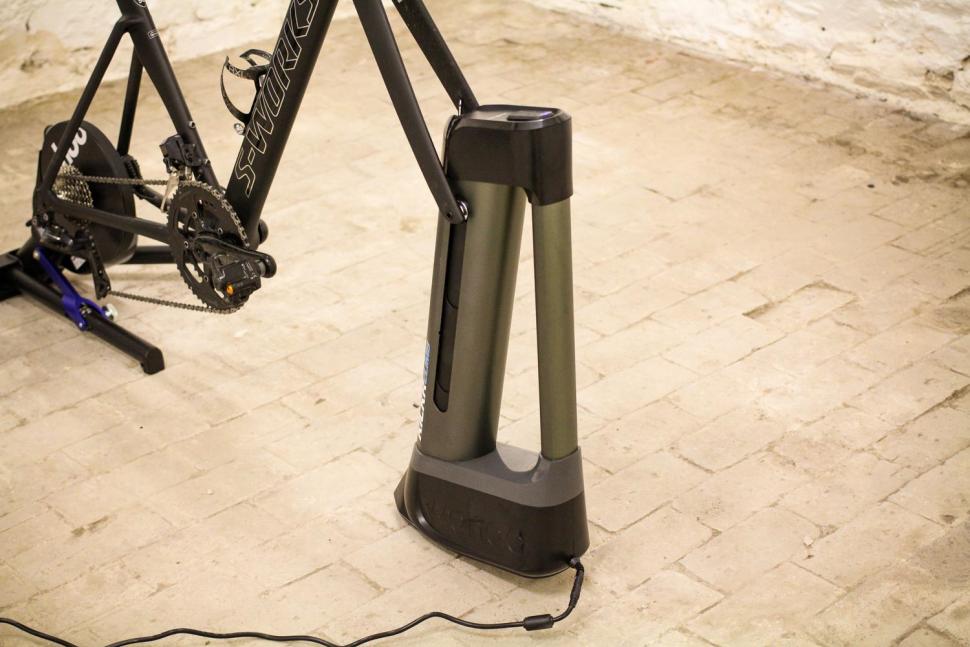 Not that it would work anyway, because the CLIMB is controlled by the trainer, not the app, and only those trainers will currently send data to it. Zwift and other online training apps already send gradient data to the trainer, and it's the trainer's job to parse that and adjust the resistance accordingly. If the CLIMB is connected to the trainer too, it's a simple enough job for Wahoo to send the information along the line. But to connect the CLIMB directly to Zwift – or Bkool, or the Elite app, or anything else that can send gradient data – means making sure each individual app has the option to connect to the CLIMB. It's a specific class of unit, which would probably mean it would need its own place on the sensors page, and possibly even its own ANT+ device profile; I'm not sure what kind of device the CLIMB is declaring itself as when it pairs to the trainer, but there's no device profile for a gradient simulator, so presumably Wahoo is using one of the other profiles and hacking it a bit, or it's just made a proprietary one.

> Buyer's Guide: 16 of the best turbo trainers and rollers

If the downside of the limited compatibility is that not as many people will be interested in buying one, the major upside is that it Just Works™. You plug it in using the huge A/C adaptor, you hit the middle button to pair, it pairs, and that's that. Well, after you've selected the right set of axle mounts from the wide selection available and attached your bike. Quick release, 12mm and 15mm thru-axles and Boost are supported, so unless you turbo on a fat bike or a Brompton you should be okay. One thing to note is that the gradient information that Zwift sends is dependent on the trainer difficulty setting in the app. If you've set your difficulty to zero, then Zwift doesn't send any gradient changes to the trainer, and consequently your bike won't move up or down. If you're at 50% difficulty and you hit a 10% section, the CLIMB will replicate a 5% climb, and so on. So if you want maximum realism, wang the slider all the way to the right.

'Difficulty' is a misnomer, as it doesn't get any more difficult in a numbers sense: whatever the slider setting, you need to put 300W through the pedals to get 300W in the game. But reducing the setting does make certain things easier: racing, for example, which on Zwift tends to reward a steady state effort. The range of movement the CLIMB offers is excellent: the 16% slopes of the New York skyline climb can actually make your bike feel a bit unwieldy on the trainer, and I preferred the feel of the CLIMB with the realism meter dialled back to about 70%; that way you still get a good range of movement but I found it easier to keep a rhythm. 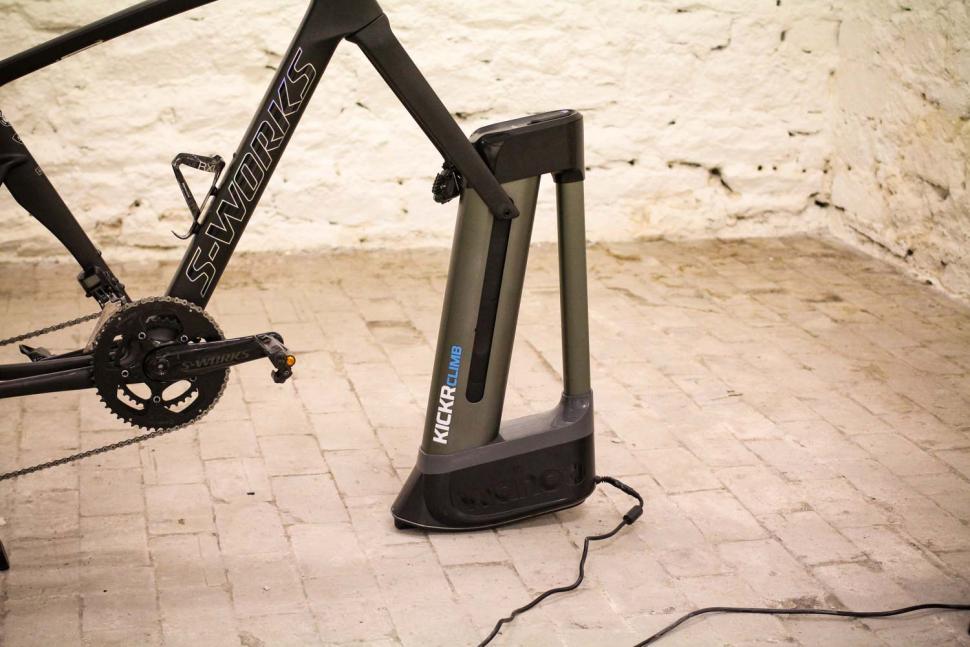 At the end of the day, you've probably already decided whether you want a CLIMB or not. If you saw it for the first time and thought, 'I need this in my life right now', then unless you find out here that it doesn't work – and that hasn't happened – then it's simply a case of whether you're prepared to shell out the price of a decent winter bike to have it in your pain cave. If you saw it and genuinely couldn't see the point of it, then it doesn't matter if it's £500 or £50 or £5,000, really.

Would I buy one? No, I don't think I would, but I can see that for some people it would add to the experience, and if you've already dropped a grand on a KICKR trainer and at least as much again on a computer and a big telly, shelling out another £500 for that last dash of realism might seem like a final step worth taking. It's hard to score, really. It does what it does, it works well, and you'll either want it or you won't. I'm not judging you.

If you want the thing that makes your bike replicate the gradients in Zwift, here it is

Wahoo says, "The latest innovation from Wahoo will literally take your indoor training to the next level! KICKR CLIMB indoor grade simulator is designed to work exclusively with the new KICKR and new SNAP and when paired, it will add physical grade changes to your indoor training. The CLIMB is compatible with Third Party Apps, so whether riding a virtual course or performing a structured workout, KICKR CLIMB blends ascents and descents with resistance changes for a truly immersive indoor training experience. The world isn't flat; now, neither is your ride!"

KICKR CLIMB quickly raises and lowers your bike to match ascents of up to 20% grade and descents of -10% grade when paired with the new KICKR or new SNAP. Climbs are more realistic than ever when training indoors! *Exact grade changes dependent on bicycle size, wheel size and trainer type.

KICKR CLIMB was designed jointly with the new KICKR and new KICKR SNAP indoor bike trainers (2017 Editions) to deliver the best possible riding experience. It pairs directly to the smart trainer for a connection that allows the trainer to control the KICKR CLIMB.

Use the KICKR CLIMB's remote to quickly and directly pair it to your KICKR or KICKR SNAP. Press the remote button and you are ready to go!

Unlock Mode allows the CLIMB to react to grade changes from external sources such as Zwift or TrainerRoad, or from your ELEMNT or ELEMNT BOLT GPS bike computer.

Lock Mode ensures the KICKR CLIMB will only respond to commands received from the remote.

KICKR CLIMB's remote attaches to your handlebars so you can adjust the grade manually with a simple press of a button. When not in use the remote conveniently stores away in the top of the KICKR CLIMB.

When paired to a KICKR or KICKR SNAP the KICKR CLIMB can match grade changes from select training platforms, such as The Sufferfest and Zwift, to create a truly immersive ride experience. Whether riding a virtual course or performing a structured workout, KICKR CLIMB blends physical grade changes with resistance changes to take your indoor ride to the next level. Visit our FAQs, for a full list of compatible apps.

Connect an ELEMNT or ELEMNT BOLT to your KICKR and KICKR CLIMB system to relive the ascents and descents from your favorite rides or routes while training indoors.

3rd Party App Compatible: Yes, when paired to a KICKR or KICKR SNAP

It works really well with a compatible trainer.

I've had no issues with it during testing, but it's hard to say how it'll fare long-term.

Sticking with the middle ground here. There's nothing to compare it against, and some people will think it's ridiculous, and some will be happy to pay the asking price.

Very well. It replicates gradient changes nicely, and it's neat and easy to use.

Does the thing it was designed to do with the minimum of fuss, simple to set up.

Expensive, only compatible with a few trainers.

This is it, if you want an indoor gradient simulator.

Would you recommend the product to a friend? I think they'll already know if they want one or not.

Impossible to give it a meaningful score really. It's an expensive way of doing something that some people with compatible trainers will really, really want. And it works. Some people will hate it. So it's a 1, or a 10, or somewhere in between. I've given it a 6 because it's limited in its appeal and very expensive, although it does what it's designed to do very well. 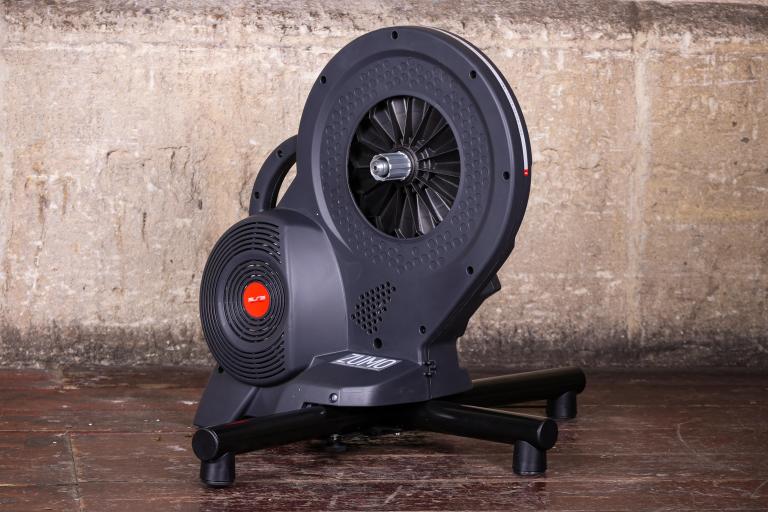 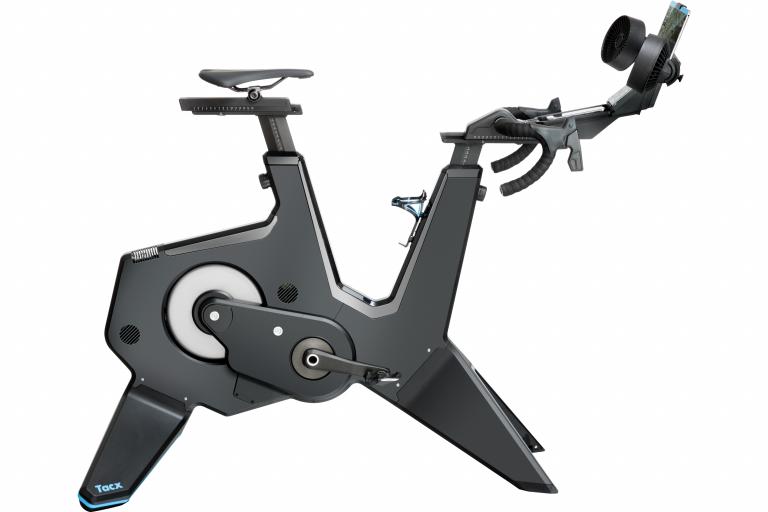 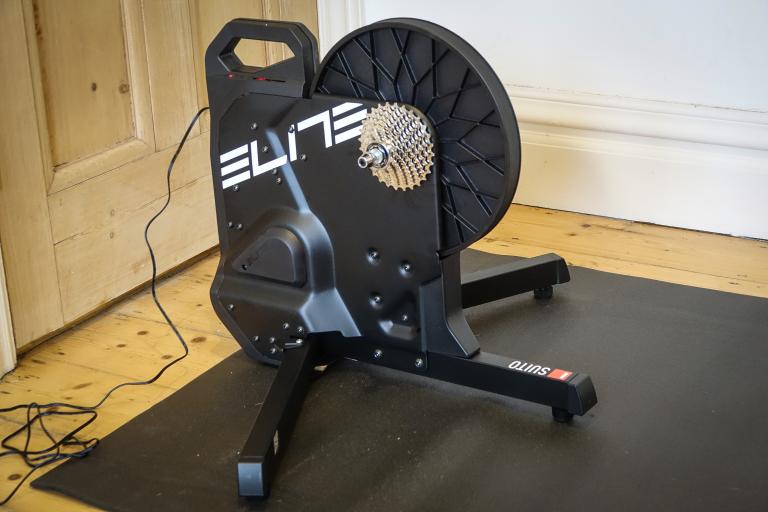 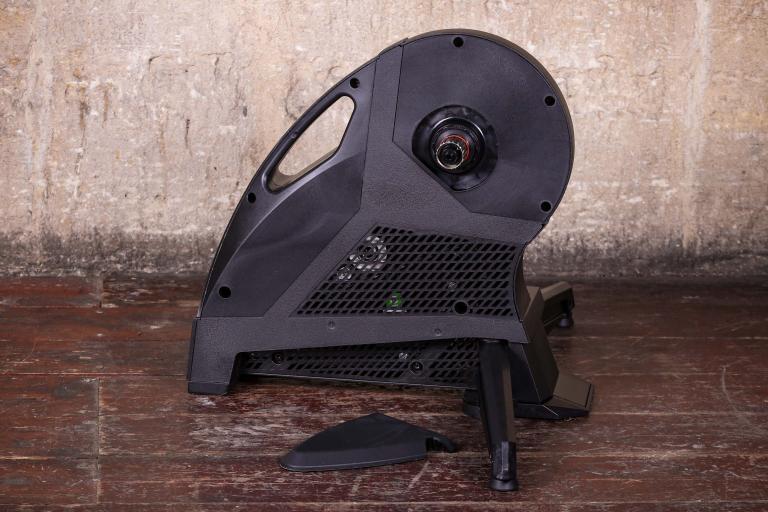 Excellent smart trainer that's quieter and cheaper than its predecessor