Revolution: How the Bicycle Reinvented Modern Britain by William Manners

8
10
Impressive coverage of an impressive machine in this compelling social history of the bicycle
Weight:
30g
Contact:
ducknet.co.uk
How we test

What has the bicycle ever done for us? Quite a lot actually, as most road.cc readers will already appreciate: in Revolution, William Manners reminds us of the impact that the bicycle has had on people's lives over the years, on many levels, and also the unexpected way in which this was often achieved.

He goes on to justify his bold claim that 'it is genuinely difficult to think of another invention which has done, and has the potential to do, so much to facilitate individual freedom and satisfaction, while at the same time promoting changes that benefit society'. If you were to claim that you had invented such a powerful tool for change today, I doubt that anyone would believe you.

Manners had been 'studying the social history of late-Victorian cycling since stumbling on the topic as an undergrad looking for a subject for my history dissertation', and he wrote about his findings on his blog; this led to a book deal from publisher Duckworth Overlook.

While this is not the first time that anyone has documented the role of the bicycle within society, I don't think that anyone has taken quite the same approach. After a brief (and uncontroversial) run through the formative years of the machine itself, Manners looks at the five main areas where he feels that the bicycle has had an impact on our lives: 'fashion/showing off, racing/competition, sociability/club life, romance/courtship and travel/adventure'. 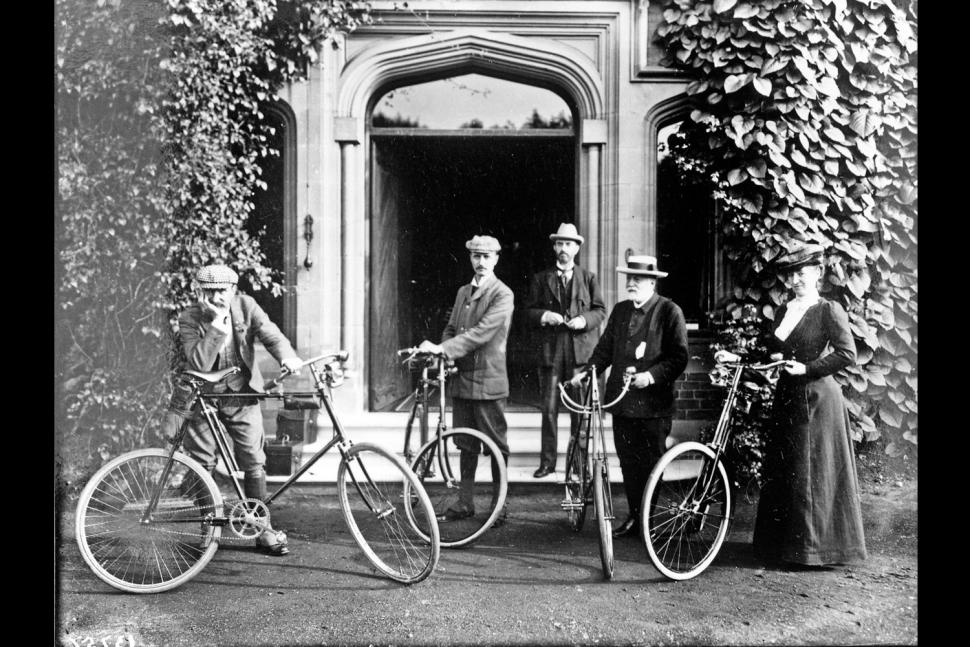 Within that framework Manners takes us through the significant role that the bicycle played in changing society (such as its ability to expand the gene pool, and the emancipation of women), and explains his findings in a readable but authoritative style – although he can't do much about the language used in the extensive quotes that he features.

When looking through the book's many references I noticed that modern day books rarely featured, whereas magazine articles and news stories from the time were dominant: perhaps because the book started off as an academic work, Manners prefers to go back to the original material – which I like, as it reduces the tendency for any 'errors' (or myths) to be perpetuated. 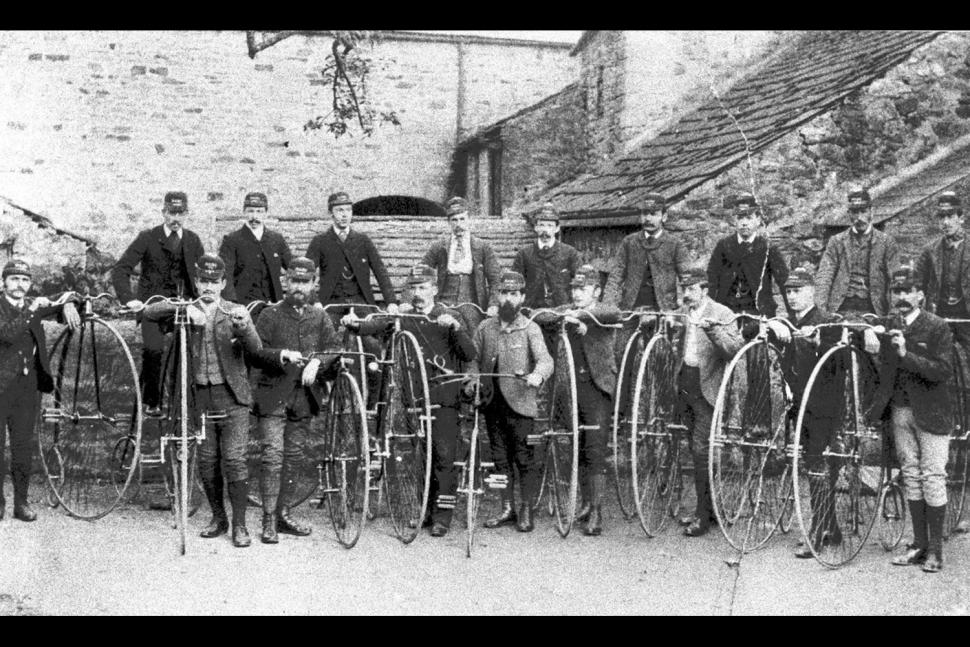 Manners notes that 'the source material which we use to build up a picture of earlier periods has typically passed through various filters to remove information that groups or individuals wanted to avoid sharing publicly' – which encourages him to find first-hand accounts where possible, to discover the real truth.

Manners also notes that 'the ways in which we look at history will nearly always be informed by the standards of today', yet 'little is gained by making hard moral judgements on those who lived in a society far removed from our own'. Nowhere is this more relevant than in the battles of class or sex that are a central theme during the development of the bicycle. I mentioned earlier that some of the topics in Manners' writing might be familiar, so I looked at how previous works had covered the same subjects – and found some unexpected results.

First up is the early years of the Cyclists' Touring Club (after it had changed its name from the Bicycle Touring Club, and well before it changed again to Cycling UK). Manners reports on all the positive things that the club did to encourage cycling, including maps, routes, warning signs, and approved accommodation.

Moreover, 'compared to many local clubs, who had limited memberships to ensure that they remained home to men of a certain class, the C.T.C. was a very open institution. Any cyclist who could afford its low membership fees...was encouraged to join'.

All very positive and inclusive, and very much in line with what the CTC says itself.

But hang on, in the highly entertaining Re:Cyclists by Michael Hutchinson, he writes that, 'In 1884, the Cycle Touring Club increased its membership fees specifically to squeeze out undesirables', which sounds a lot less inclusive.

Hutchinson quotes James McGurn's seminal work from 1987, On your Bicycle, as his source, so in the spirit of Manners (and because I happen to have a copy) I looked at what McGurn wrote: 'CTC members were generally a respectable lot, and the odd Gazette items about members' 'delinquencies' brought appeals from correspondents for a raising of the annual subscription from 2/6 to 5/-, so as to squeeze out undesirables.'

A clamour for change does not mean that such a change was ever made, and I can't find evidence of it in Winged Wheel, the official history of the CTC by William Oakley. The lesson that I would take from this is that when accuracy is important, you may have to do your own research.

Let's look at the story of Tessie Reynolds, a trail-breaking young lady who rode from London to Brighton and back in 1893: she provoked 'the establishment' by doing this on a man's bike and in men's clothing (or rational dress). Both Manners and Hutchinson include extensive quotes from Cycling magazine of 16/09/1893, with little difference in their coverage – so no disagreements there. What about McGurn? He gives the event much less coverage and uses a different picture of Reynolds (from the Smithsonian Institution, Washington), but includes some additional information: 'She compromised with convention by sitting on a drop-framed bicycle when being photographed after the event, rather than on the crossbarred bicycle she had used for her ride.'

Another lesson: if you want the complete story you may have to look at more than one source.

> Buyer's Guide: 24 of the best books about cycling

Manners does a thorough job of describing the bicycle as 'a machine which, for the first time in human history, made a practical form of personalised transportation widely available', and as a result 'the bicycle stood alongside other new technologies such as the telephone and electric light bulbs in its obvious potential to transform daily life'.

The history of the bicycle in society is a fascinating story, and Revolution is both a credible reference work and an entertaining read.

Make and model: Revolution How the Bicycle Reinvented Modern Britain by William Manners

The untold story of the cycling revolution that transformed modern Britain and the world.

'The bicycle is of more importance to the history of mankind than all the victories and defeats of Napoleon, with the First and Second Punic Wars thrown in' New York Tribune(1895)

From today's perspective, it is easy to see bicycles as fairly unremarkable and every day machines. But at the end of the nineteenth-century, there was no other piece of technology which attracted the same level of excitement, discussion or controversy. The story of the major societal shifts which followed the invention of the modern-day 'safety' bicycle is one that is little-known, and with cycling's ever increasing popularity today there has never been a better time to tell it.

Penny-farthing delves into the social history of cycling in 1890s Britain, while exploring international parallels that existed with countries including the US, France and Australia. Drawing on a range of sources, from cycling club journals to the writings of H.G. Wells, the book illuminates the major impact which the bicycle had on the day-to-day lives of men and women across the social spectrum with millions of men and women experiencing a cheap and personalised means of transport for the first time. This was especially the case for women as it was their great emancipator from crib, kitchen and convention. Cheaply available to the working class, this dramatically increased the number of potential marriage partners in the immediate vicinity leading biologist Steve Jones to rank the bicycle as the most important event in recent human evolution.

From cycling as a source of fashion and socialising in sporting clubs, to travel around the British countryside, to its importance for widening the gene pool in remote rural areas and its significance in the women's liberation movement, the bicycle is a marvel of modern technology that transformed Britain and the world.

Full hardback price of £20 is okay, but discounts are available already; Kindle version is £10.

Incomplete: needs another volume – or two.

Does a very good job of explaining how the early years of the bicycle played such a pivotal role in the development of our society, making it (probably) the definitive work available on the subject at present.