Although Taiwan's Shutter Precision, or SP for short, only got into the hub dynamo game less than a decade ago, their hubs are some of the most popular amongst the audaxing/ultra-distance crowd. In addition to selling their hubs under their own brand, their hub design has also been licensed to numerous other (mainly light) manufacturers, such as Exposure and Supernova.

The 8 series is the workhorse of the SP range, having been continuously updated since its launch in 2011 as new brake types and axle diameters have been introduced. Today, the 8 series comprises seven different variants, with each available in 20, 24, 28, 32 and 36-hole drillings, catering to every type of current road hub, and most mountain bike hubs too.

If you're anything like me, the first thing you do when taking a new hub out of its box is give it a spin to check the bearings. I was shocked initially to discover how notchy the hub felt out of the box; indeed, it took quite a lot of force to get the thing to turn at all. This is resistance from the dynamo itself, the magnets and coils that generate electricity as you ride, and is entirely normal. Once built into a wheel and with the added inertia from the rim, the hub spins a lot more freely. Out on the road, you'd be hard pressed to notice any difference at all compared to a standard hub. 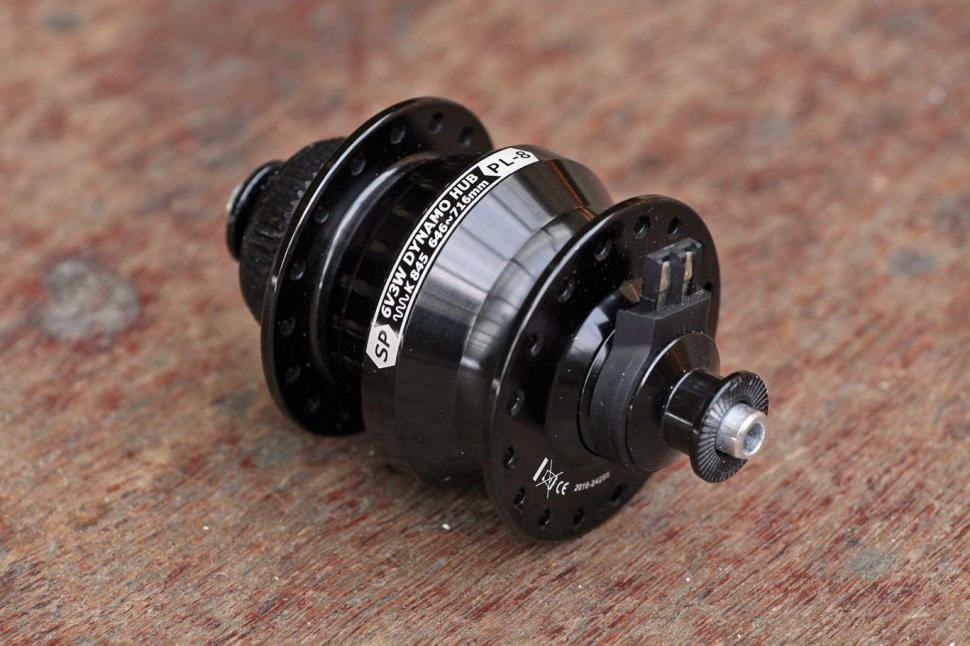 Installation is very easy, which is a good thing given the sparsity of instructions in the box. The hub uses a two-piece connector (the same as Shimano dynamo hubs) to join the contacts on the drive side of the hub to your lights, charger or whatever else you want to power. Although the connector parts are made from plastic and appear cheap and flimsy at first glance, in practice they work just fine. The only potentially tricky part of the installation process is stripping your light wires to expose the copper wire, but with a little care and attention this can be done using only a craft knife. The wires are then fed into one of the connectors (no polarity issues to deal with), which is then clicked into the second connector. That secures everything and ensures the wires are in the correct location to engage the contacts on the hub.

Although it's not essential (I used the hub for over 1000km with the bare wires inserted into the connector), I ended up adding some solder to the wire ends, just to prevent them from fraying. This may be prudent if you're trying to run two sets of wires (from a light and a charger, for instance) in parallel. To do this, you simply twist the pairs of wires together and then insert into the connector as before. The fit is tighter when you do this, but it still works fine. To finish off, I added some heatshrink where the cables enter the connector, but again, this was done for peace of mind rather than necessity.

Claimed power loss with lights turned off is just 1W at 30km/h; in other words, negligible. Despite the initial notchy feel the extra resistance compared to a conventional hub is completely unnoticeable. With the lights on, the rated efficiency is 73% at 15kph, dropping to just under 50% at 30kph. This doesn't sound great, and it's probably worth turning your lights off or disconnecting your charger on a long ride, but it's about the best that current dynamo technology has to offer. In practise, the 3W output will easily be enough to power a front & rear light pair that will let you ride at full speed on unlit roads. If charging a power hunger device such as a mobile phone simultaneously, the lights do dim significantly so some planning around that is still required.

Dynamos will never grace the bikes of true weight weenies, but the PL-8 is pretty light at 404g. A typical good quality Center Lock front hub like a Shimano Ultegra CX75 weighs 166g, but the 238g extra for the PL-8 is less than the weight of the battery pack you'll be leaving at home. Our measured weight is only 4g than the claimed weight – well done SP for being honest.

Durability is also a key consideration when purchasing a dynamo hub, which will likely see much use over the, shall we say, less pleasant parts of the year. There are reports of customers having problems with the bearings in SP hubs, but I had no issues during my time on them. Whether that's due to improved quality or just luck in my case, is hard to say. In any case, over the testing period, I've put in nearly 10,000km on this hub, including half of the Transcontinental, without any problems with the bearings or any other part of the hub. In the case that they do fail, the hub will have to be sent back to SP for replacement – standard procedure for dynamos which require quite exacting calibration when re-assembling.

SP markets the performance – efficiency and weight – as the key selling points of the 8 series. However, price is also a significant differentiator as it undercuts SON, the defacto gold standard among hub dynamos, by around half. Given this, the PL8 (and the rest of the 8 series) presents great value for anyone looking for performance without breaking bank. On a personal level, I'm sold on the utility of dynamo hubs, the PL-8 in particular, and will be getting one for my next wheelset.

The PL-8, and the rest of the 8 series, is an ideal dynamo hub for anyone after a high performance dynamo hub, without the price tags that the top of the range SON dynamos command. According to SP, "The SP 8-series hub dynamo incorporates the best technical advancements and seeks to attain perfection in field of hub dynamos." Quite a claim! I'm not sure if it's quite got there, but it's certainly a great option.

6V, 3W dynamo hub available in a wide range of axle diameters, brake types and spoke hole counts. For full specs of the whole 8 series range, visit the SP website. A 2 part plastic connector (Shimano style) is used to connect to lights and other electric devices.

The model tested in this particular review was the 32h PL-8 - the centrelock disc brake version.

The SP hub is well manufactured and finished - it looks the part, although it can't quite match the top-of-the-range SON dynamos for appeal.

Does exactly what you'd want from a dynamo, without complaint. So far, over nearly 10,000km, the PL-8 hasn't missed a beat. Based on the numbers (both SP's own and independent tests), the 8 series are one of the most efficient and light weight dynamo hubs currently available.

There have been historical issues with bearings in some of the 8-series hubs (15mm axle ones in particular, it seems), but my experience over the test period has been nothing other than exemplary. I'm looking forward to another 10,000km of issue-free riding with light and charging power at the flick of a switch.

At half the price of a SON, and with similar weight and efficiency, the 8-series is excellent value. It might not quite have the cachet of the German brand, but for those on more of a budget, it's a great option.

Excellent dynamo with class-leading efficiency, perfect for the long distance cyclist and the seasoned commuter alike.

Fit and forget installation. That it's theoretically one of the most efficient hubs out there is an added bonus when putting in the long miles.

Plastic connector doesn't feel all that solid. That said, it hasn't missed a beat in practice.

Would you consider buying the product? Yes, in fact, I'll be getting one for my next wheelset

Excellent performance at a great price and, so far, it's proving to be durable as well. The PL-8 is a great option for those after a high-spec dynamo without breaking the bank

I usually ride: Giant TCR  My best bike is: 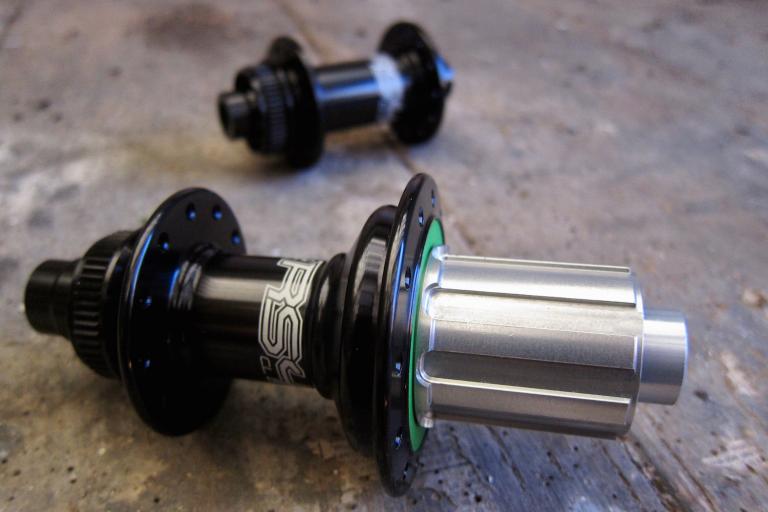 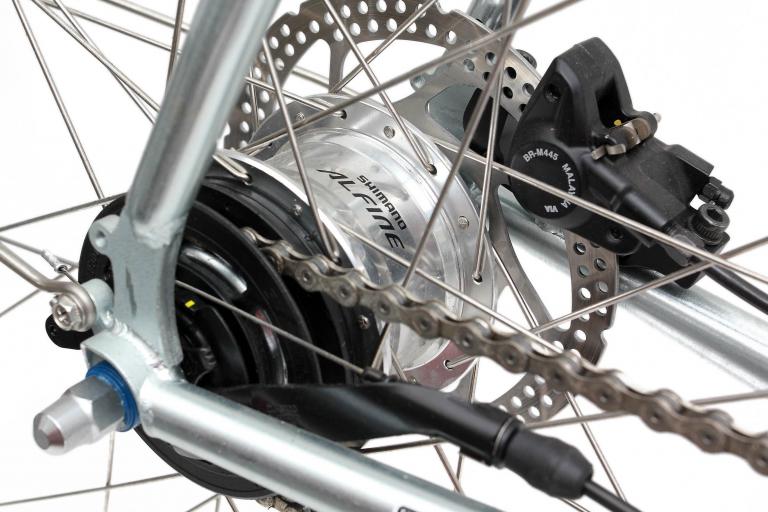 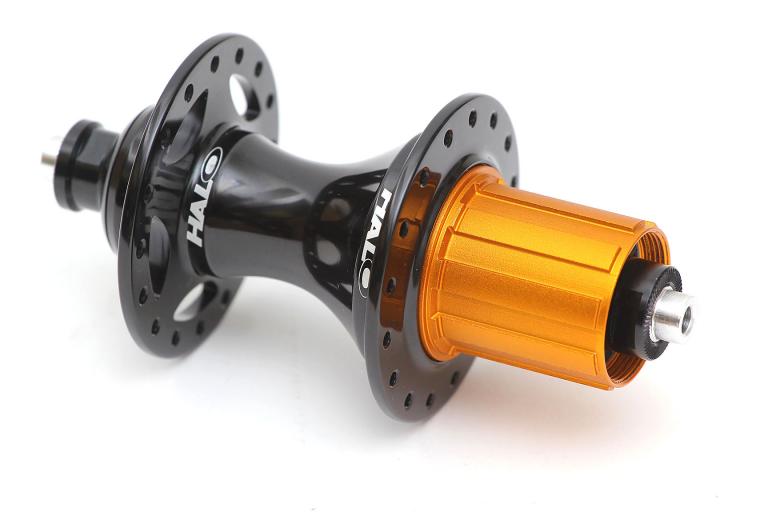 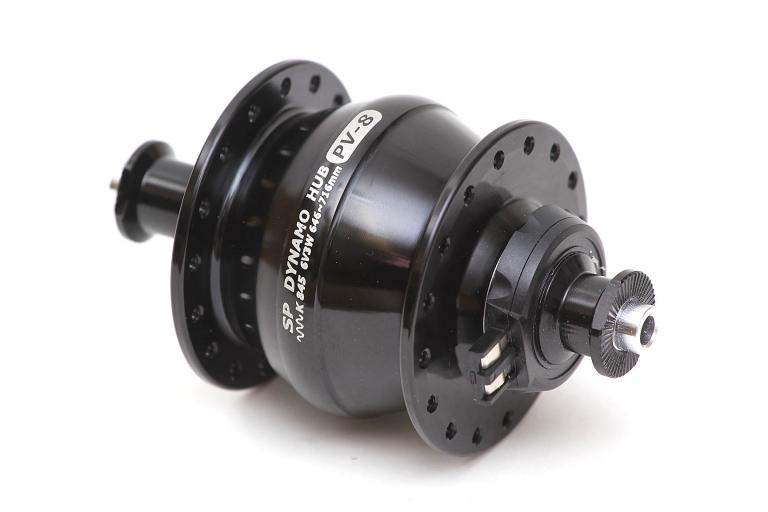 Well made dynohub with excellent power output; a great option for day-in-day-out riding