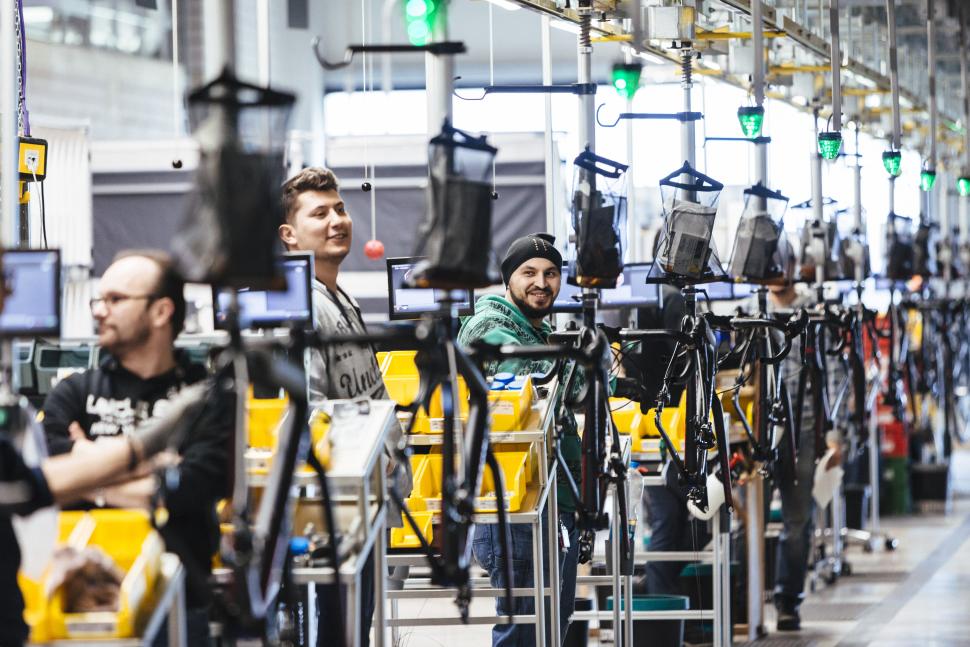 Vietnam, a crucial part of bike industry supply chain, is officially out of lockdown... but complicated process where factories must apply for permission before reopening will cause further delays
by Jack Sexty

After a long and harsh two-month lockdown in Vietnam lifted this week, factories including many that are crucial to the bicycle supply chain were allowed to apply to the Vietnamese government for reopening; but with the process expected to take a least a month before production sites are able to open again assuming applications are successful, there are suggestions it could be five to six months before they are operating at full capacity.

We last reported on the situation in Asia late last month, when Vietnam was halfway through its national lockdown due to the rapid spread of the Delta variant of Covid-19. Restrictions officially lifted on 15th September, and last month it was said that factories could reopen on that date; but it's thought that it will take at least a month for authorities to process factories' applications to reopen, due to strict Covid-19 measures that have to be adhered to including 'Completion of a portable medical (testing) station before October 15', reports Bike Europe.

Vietnam has been split into green, amber and red zones, with only factories in the green zones allowed to apply for reopening. The good news is that most of Vietnam's bike industry is located in the Binh Duong province, that finds itself in the green zone.

Factories in the Binh Duong province produce for many large Taiwanese manufacturers that supply to Europe and the North American markets, which has created a huge knock-on affect that means complete bikes simply cannot be built up at the destination country they are to be sold in because certain parts are in such short supply. If factories in Binh Duong cannot make and export jockey wheels, for example, a component manufacturer can't finish making its rear derailleurs, which means pretty much all bike brands that rely on third party components to build their bikes are experiencing serious supply chain issues.

Bike Europe says that the previous forecast of one to two months to ramp up to full production in Vietnam has been revised after the full extent of the government's plan to restart was made clear, which unfortunately means "a further serious aggravation of the delivery problems". Figures in the bike industry that road.cc has spoken to say that it's likely things won't be operating as normal until 2023, providing the Covid-19 situation doesn't get any worse.

To be approved for reopening, factories in Vietnam's green zone must have a portable testing station installed, all workers must have had two vaccinations or successfully recovered from the virus, and workers must socially distance if not wearing safety masks. Workers are not allowed to talk or eat on the production line, and they must have a screen check-up every three days, paid for by their employers.