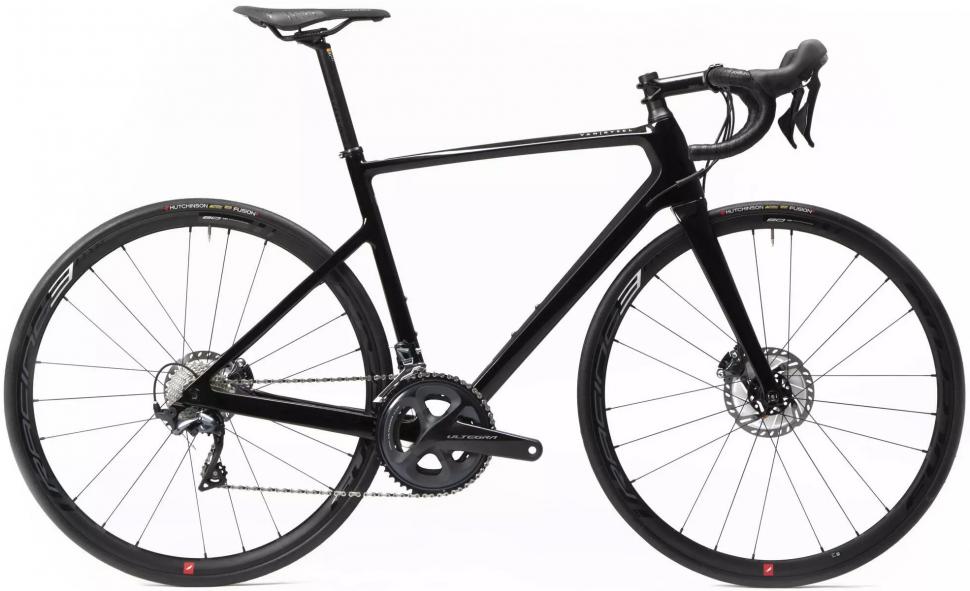 Latest carbon Van Rysel endurance bikes come with Shimano 105 and Ultegra groupsets, and the women's version is intriguingly priced...
by Will Bolton

Decathlon have launched three new versions of their popular Van Rysel endurance bikes - this time with disc brakes… currently though they are unavailable to buy online.

There are two Shimano 105-equipped bikes, men's and women's versions of the EDR CF 105, and sitting above them in the range is the Van Rysel EDR CF Ultegra. All three cost less than £3,000 (okay, the Ultegra bike is a penny less) and come in five sizes from XS through to XL. Decathlon are claiming a frame weight of 890g for a medium. The carbon frame comes with a press fit E86 bottom bracket and is Di2-compatible, should you wish to upgrade to electronic shifting at a later date.

Intriguingly, although the information on the Decathlon website suggests that both the men's and women's 105 bikes share the same spec – and even the same claimed frame weight – at £1799.99 the Women's EDR Carbon Disc 105 is £500 cheaper than the men's version. We're not sure whether the spec details on the site are wrong or this is even more of a bargain, but we've asked and we'll update this story when we find out.

The Van Rysel EDR CF 105 comes with Fulcrum Racing 700 DB tubeless tyres and weighs in at around 8.2kg. 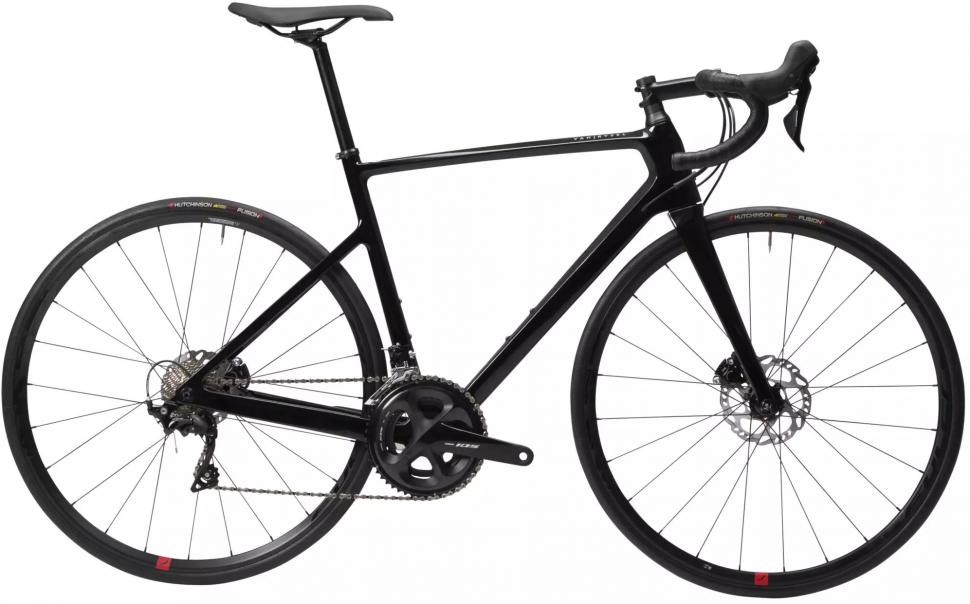 Van Rysel — the name means 'from Lille' after the location of Decathlon's global headquarters — is Decathlon's performance range. There are two main ranges: the AF series are aluminium framed bikes with carbon forks while the CF bikes have carbon fibre frames.

Both bikes are currently out of stock on the Decathlon website, which is likely due to a national shortage of bicycles as a result of the combined impact of the pandemic and Brexit.

> Brexit and the bike industry: how the situation is evolving

Stock that brands have built up in anticipation of port delays (because of lengthier customs processing) are dwindling as a result of the continual high demand of bikes—which, on top of shipping container shortages, has meant delays for customers after purchasing.

You can check out the new bikes on Decathlon's website.