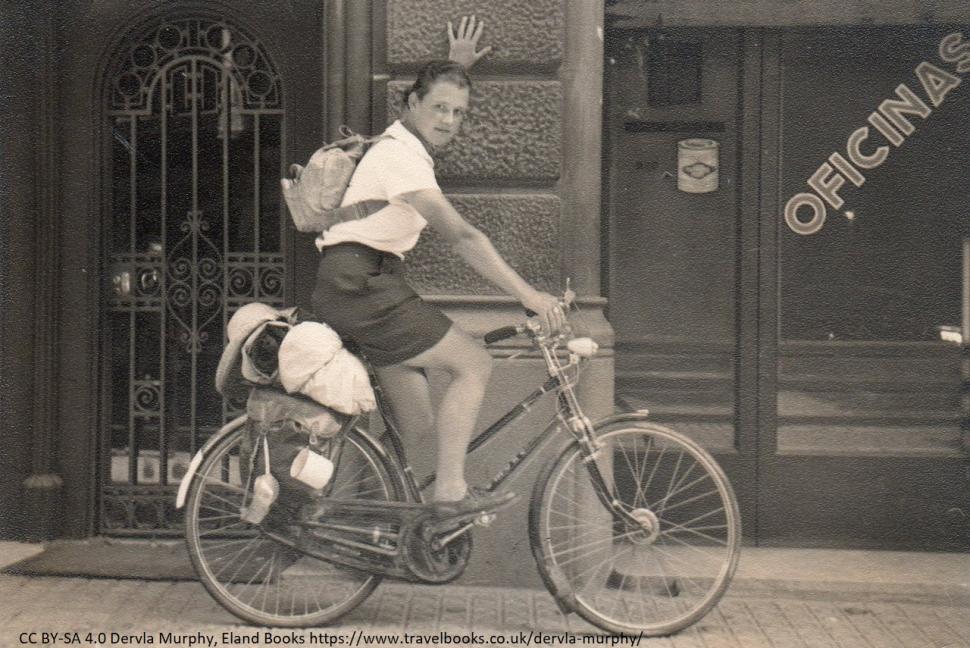 Tributes paid to Irish author whose 1965 work Full Tilt: Ireland to India with a Bicycle is widely regarded as one of the best travel books ever written
by Simon_MacMichael

Travel writer and adventure cycling pioneer Dervla Murphy, who helped inspire a host of cyclists to undertake their own travels around the world, has died at the age of 90.

The author of 26 books, her first, published in 1965 under the title Full Tilt: Ireland to India with a Bicycle, remains her best-known and charts her solo journey through Europe and countries including Iran, Afghanistan and Pakistan before arriving at her final destination, Delhi.

Based on the travel journal she kept during her trip, which began during Europe’s unusually severe winter of 1963, the book is widely regarded as one of the greatest ever pieces of travel writing.

Within its pages Murphy, who undertook her journey on a men’s Armstrong Cadet bicycle, recounts how she had to fend off wolves in Yugoslavia, saw off a gang of thieves in Iran with the help of the pistol she carried with her, and escaped from a man attempting to rape her at a police station in Afghanistan.

During her six-month journey, she relied on strangers for food and accommodation, and after arrival in Delhi continued her travels, volunteering for Save The Children to help refugees from Tibet who had arrived in India, chronicled in her second book, Tibetan Foothold.

On the BBC’s Talking Books programme in 2015, Murphy said: “When I looked at an atlas I realised you could actually get to India from Ireland on a bicycle with just two little tiny stretches of water in the way.”

Her writings often addressed major political and social issues, including the Troubles in Northern Ireland, which she wrote about in her 1978 work A Place Apart, the impact of AIDS on sub-Saharan Africa where travelled by bike in 1992, her account of her journey published under the title The Ukimwi Road.

Later trips included several undertaken with her daughter Rachel, and subsequently with her three granddaughters Rose, Clodagh and Zea as well.

Tributes to Murphy, who hailed from County Waterford, were led by Ireland’s President Michael D Higgins, who said: “While known as Ireland’s most famous travel writer, such a description barely captures the fullness and deep understanding captured in her work.

“Her contribution to writing, and to travel writing in particular, had a unique commitment to the value of human experience in all its diversity.

“She retained a strong interest in those who were suffering throughout the world even up to recent weeks and brought an insightful perspective to matters of politics, environmentalism and the crucial importance of peace.”

Murphy’s publisher, Eland Books, also posted a tribute to her on Twitter, as did Lee Craigie, director of the women’s cycling collective The Adventure Syndicate and Active Nation Commissioner for Scotland.

1931–2022
Celebrating and remembering the life-force that was Dervla Murphy, who has died at home at the age of 90. Thank you for your friendship, your principled wisdom, your questing conversation and your unflinching books. pic.twitter.com/SNqmYaOx7t

They say you shouldn’t meet your heroes but in this case they couldn’t have been more wrong. Dervla Murphy listened with a super human curiosity and challenged any whisper of inequality with razor sharp wit and well informed arguments. A true inspiration. https://t.co/MCmlcegBfj